From the Isthmian League to taking on a potential future Real Madrid Galactico, it’s already been quite some career path for Mansfield loanee Ryan Sweeney – even though he’s still only 21.

It was at the tender age of seven that the powerful central defender first caught the eye of those at AFC Wimbledon, the phoenix club in the early stages of a remarkable journey that would eventually lead them into the EFL.

The Kingston upon Thames-born player briefly left his hometown club to train with Queens Park Rangers, but was back on familiar ground by the age of 12, joining his brother Dan (now at Barnet) in entering the club’s academy once the Dons had been promoted to football’s elite 92.

Sweeney’s swift progress led him to sign his first professional contract in February 2015 and, two months later, he was making his senior bow. More impressive senior appearances followed in the 2015-2016 campaign, meaning he was the subject of interest from several bigger clubs.

Stoke City won the race for his signature for a reported fee of £250,000, meaning he was quickly rubbing shoulders with the likes of internationals Marko Arnautovic, Xherdan Shaqiri and Ryan Shawcross.

However, he was shortly on the move again, enjoying two loan spells at Bristol Rovers over consecutive seasons before joining David Flitcroft’s Mansfield Town at the beginning of August. 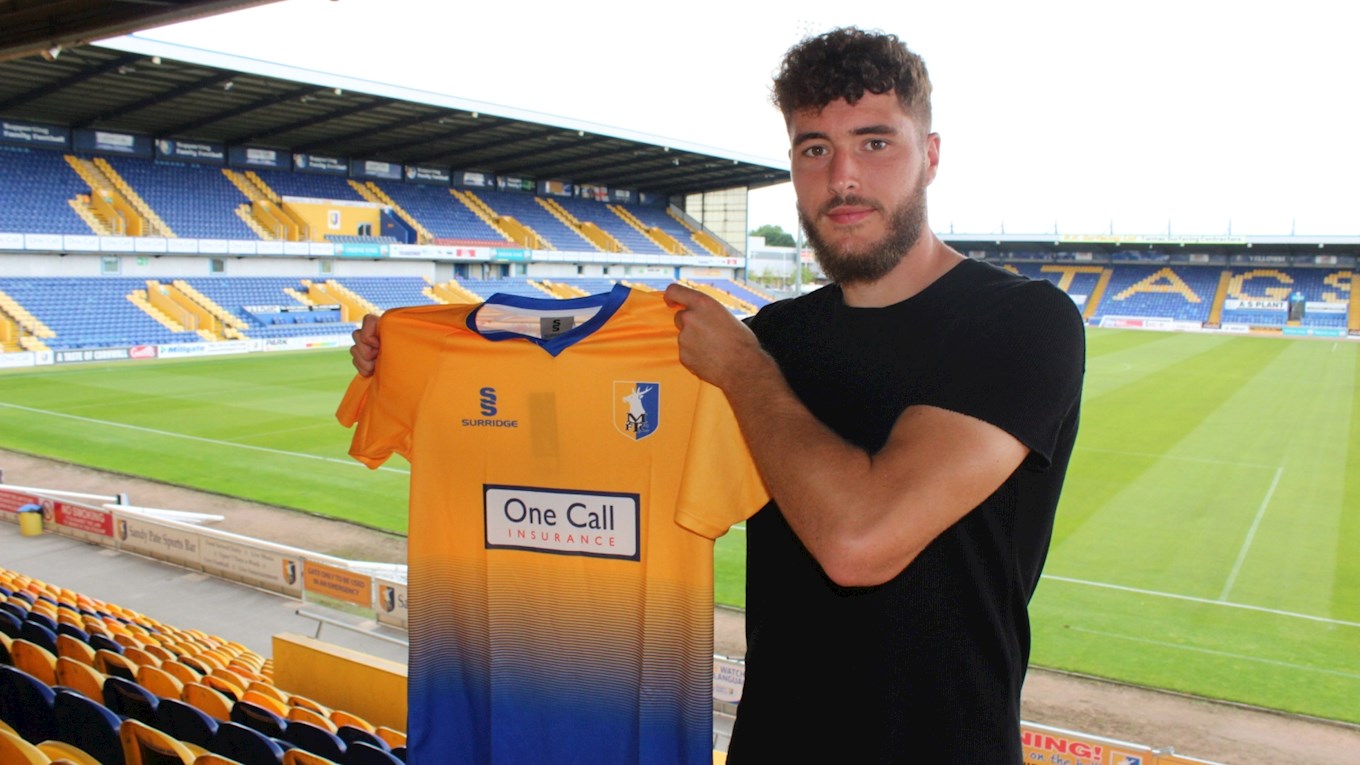 Alongside that, Sweeney has continued to add to his experiences in international football where he recently played for the Republic of Ireland under-21s against Kosovo, having previously turned out for his country’s under-18 and under-19 sides.

“It was great at Wimbledon and ideal that it was close, meaning my parents, Tom and Sharon, could easily get to games, having ferried me around the country for matches and tournaments as a youngster,” explains Sweeney.

“When the club accepted a bid from Stoke the move happened so quickly and all of a sudden I was training with their first team and some unbelievably good Premier League players. Seeing them at close hand was a real eye-opener.

“It was a great spell for me at Bristol Rovers which, along with the time at Wimbledon, has helped me to know what to expect in League Two since coming to Mansfield.

“I have the utmost respect for what [former Stag] Darrell Clarke did there by leading them back up from the National League at the first attempt and then straight into League One – he’s one of the main reasons I stayed there for another season.

“Playing for Ireland has been another big learning experience and is a totally different challenge than what you get week in, week out playing for your club side. It’s a huge honour and comes from the grandparents on my dad’s side. They’ve both passed away now, but I know they will be looking down on me and be very proud. 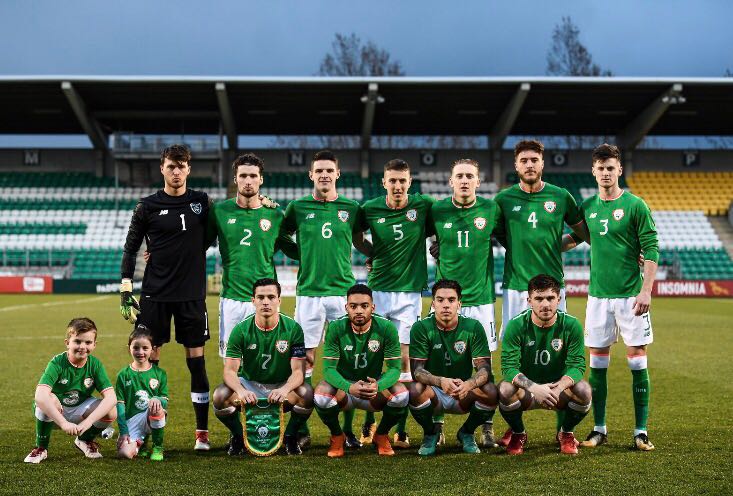 “Some of the players in internationals can rip you apart if you make a wrong decision. I played against a player called Martin Odegaard last November, who plays for Real Madrid. It was just the way he moved and found spaces and could see passes that defenders could not anticipate.

“It’s all got me to where I am now – and I’m still learning from the likes of Pearcey [Krystian Pearce] and Pressie [Matt Preston], who have both shown their class for Mansfield already this season.

“We just want to be climbing up the league table now because we feel we have a better squad and better players than where we are sitting at the moment.”

Sweeney went on to praise manager David Flitcroft and assistant manager Ben Futcher, and emphasised the importance of home form as we progress through the season.

He says: “The manager has been brilliant this season in terms of the way he has prepared us – he, Futch  [Ben Futcher, assistant manager] and the staff can’t have done much more.

“We all have to take responsibility as players when we are out on the pitch and be a bit better than we have been.

“But we still have confidence in each other and if we continue to get people like Bish [Neal Bishop], Macca [Alex MacDonald] and Otis [Khan] on the ball, and be a bit sharper in both boxes, then I’m sure it will come right.”

“If you look at almost every team which is successful at any level, it is usually based on solid home results,” he insists. 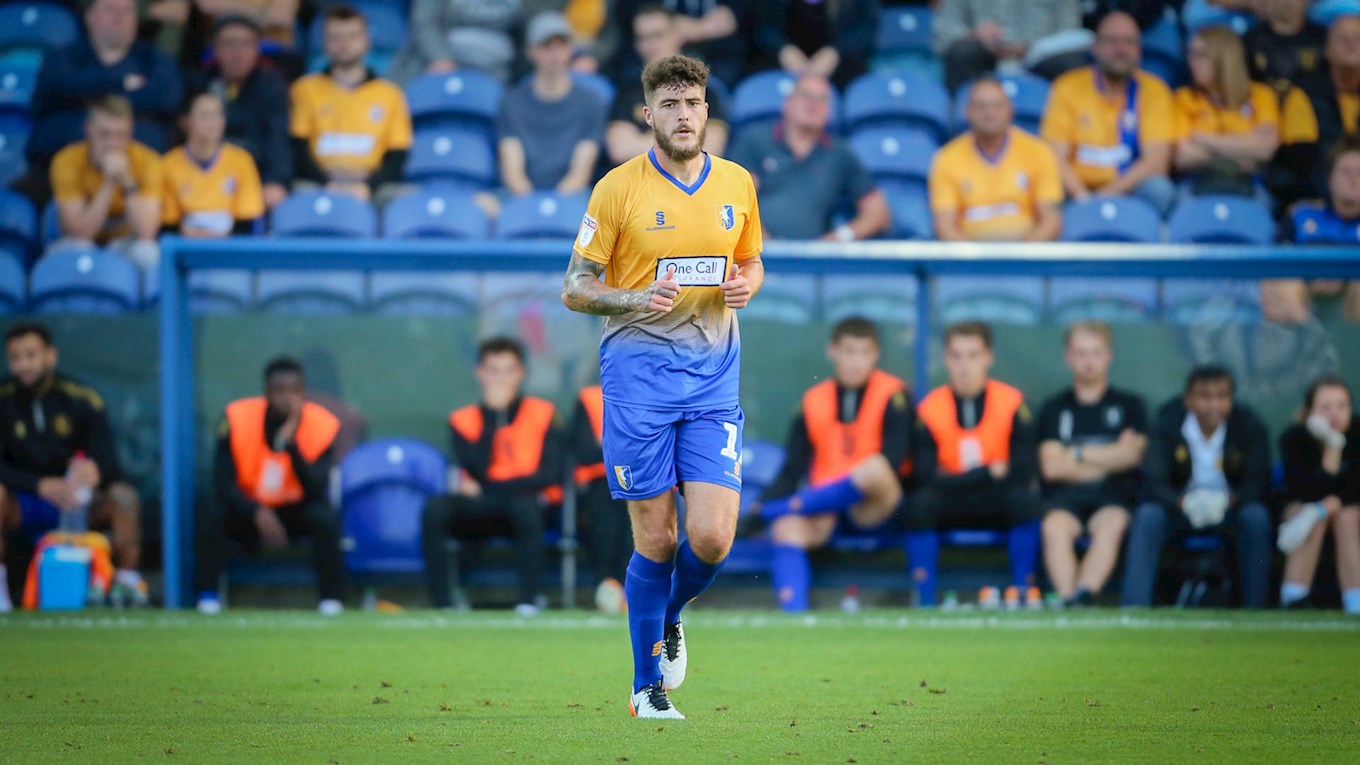 “Teams are going to come and sit back and defend coming here because they know we have dangerous players who can hurt them, but it is up to us to counter that, our home form is going to be huge for us.”

A Chelsea supporter as a youngster, the Mansfield number 17 was taken to Stamford Bridge in his early days, where he admired the excellence of Frank Lampard.

But it was another Blues' legend who really caught the eye, particularly as, one day, he yearned to become a commanding leader of the back line himself.

Sweeney says: “John Terry was absolutely brilliant at Chelsea. He played in my position and won just about every honour in the game.

“He wanted to be the best, was so mentally strong and led by example on the pitch, which is why I hope I can take on some of those qualities during my career.”

But what of the future? How far does Sweeney believe he can go himself?

“Of course I would love to play for the full Ireland side one day and I would like to play at a high level domestically as well,” he says.

“But I have always insisted that I will never look too far ahead and worry too much about the future.

“All I am looking at now is what I do for Mansfield Town over the next few matches. The future will look after itself if you keep working hard and improving – you will end up at whatever level you deserve to be.”