It may only be by a matter of days, but Mal Benning is proud to hold the distinction of being Mansfield Town’s longest serving first-team player.

It was back in May 2015 that the left-sided defender first put pen to paper to seal a move from Walsall to the Stags, a deal that officially began at the start of July that summer.

It means he has been at One Call Stadium just that tiny bit longer than centre-back Krystian Pearce, who signed for then-boss Adam Murray in the early part of July, having first turned out in the amber and blue as a trialist.

Now 24, Benning has grown to love playing in north Nottinghamshire and feels privileged to have clocked up more than 100 EFL appearances since venturing north more than three years ago.

“It might only be a few days longer that I’ve been in the building longer than Pearcey, but I’m claiming that one!” he jokes, with a smile. “Not everyone always gets to stay at a club as long as I have, but it’s a club that’s been very good to me.

“I’ve had the backing of everyone since the very first day I’ve been here, from the chairman to the manager, the support staff and the fans – which is great to have.

“Having not got a new contract at Walsall, this seemed like the perfect place to come and it’s proven to be that way because I’ve very much enjoyed my time here so far. 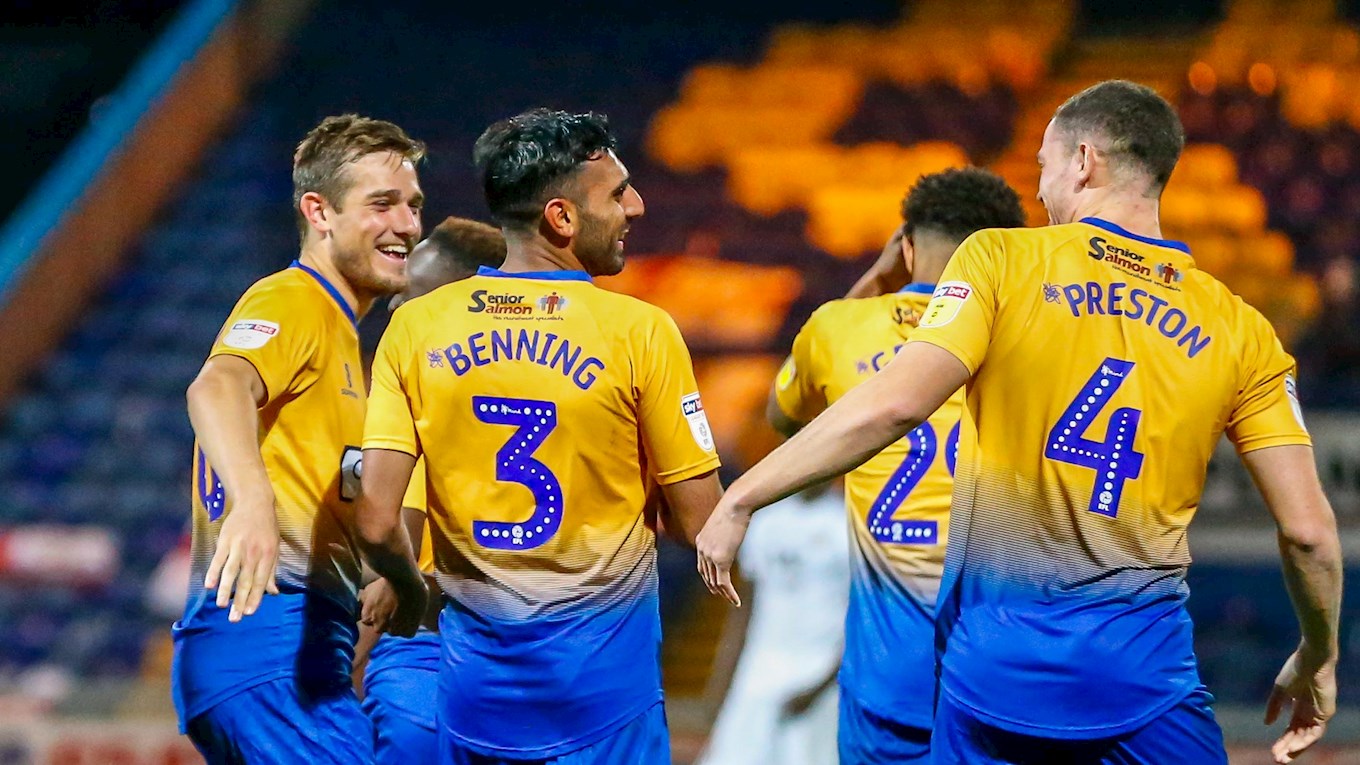 “I’ve been able to see the progression of the club over the last three-and-a-bit years and see things going in the right direction. It’s crazy when you think how far it has come off the field with the infrastructure and the training ground now coming along. I think the set-up is the high end of League One, with everything you could want as a player.

“The chairman [John Radford] and chief executive [Carolyn Radford] want the best for the club and are also very nice people to go with it. They always have a chat with the players whenever they can and are very approachable.

“The supporters, too, have been first-class with me. They wouldn’t have known too much about me when I first came in from Walsall because I’d only played 30-odd games for them, but the connection has always been very good.”

While a draw-laden start has been frustrating for players, management and fans alike, Benning is convinced that Mansfield will come good in the long-run.

He points to the performances in pre-season, beating Newport County 3-0, Accrington Stanley 6-1 and Northampton Town 4-0, as evidence as to what the Stags can produce.

Benning insists: “I don’t think the wins that we took from pre-season into the start of the new season have put any extra pressure on us – but it does show how good we can be.

“If we had been drawing a lot of games but not creating chances and not having much of the ball then I would be worried, but we are, so I think things will come good. 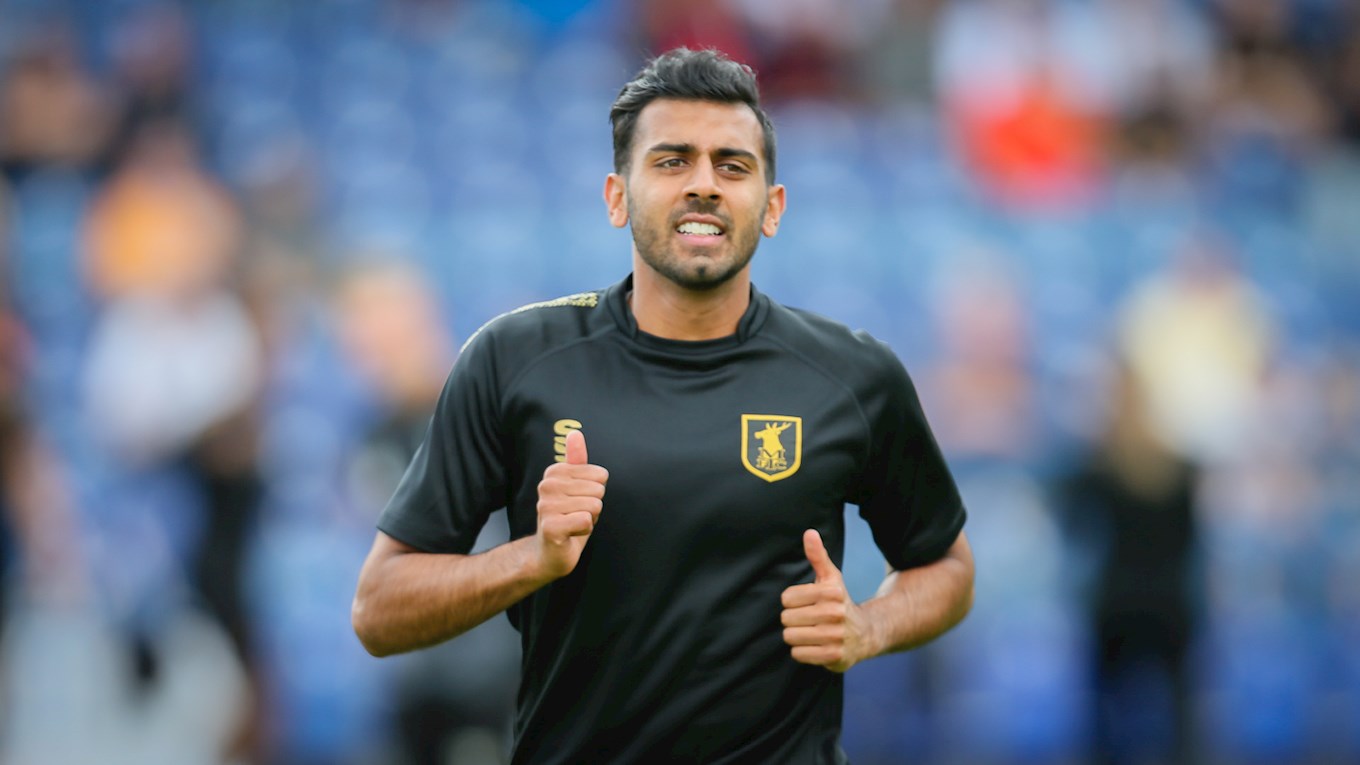 “This is one of the best squads I have played with in terms of ability. I know having played in this league that form can change quickly and a few wins soon shoot you back into contention.”

Mansfield have employed a wing-back system since David Flitcroft took over the managerial hot-seat – and Benning has been delighted to play his part in it.

He loves the attacking freedom that the more advanced position gives to him and predicts it could help him add more goals to his collection for the Stags, which includes the memorable winner in the derby with Chesterfield last season. 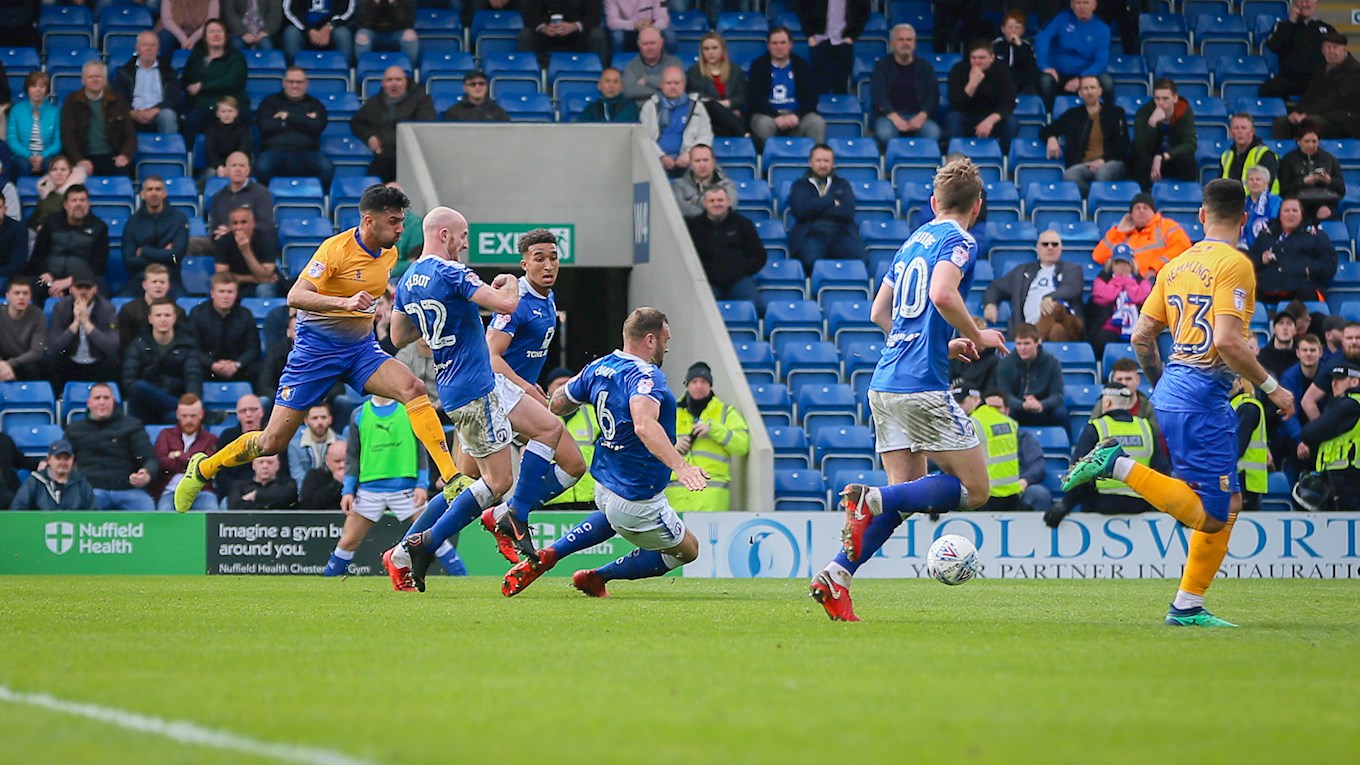 “I’m an attacking player by nature, so the style we are playing now suits me,” says Benning. “We like to get it down and play and that gives you more chances to get on the ball.

“I think playing as a wing-back you get more opportunities to get into the box and get into scoring positions. Being given that licence to attack more, hopefully I can take advantage and get some more goals.”

Recent games have seen goalkeeper Bobby Olejnik step up to the first team and acquit himself well – his first run of note since joining Mansfield in June 2017.

Benning has been impressed with what he has seen from the Austrian, who has waited patiently as an understudy to Conrad Logan.

He says: “I’m buzzing for Bobby. He’s been very good for us since he came into the side, as highlighted by the way he played at Cambridge.

“I played with him when I was on loan at York, so I know just what a good ‘keeper he is. He’s had to wait a long time to get a go, but now he’s getting the rewards for the professionalism he’s shown.”

• Mansfield fans can take advantage of a 15 per cent discount being offered by leading independent fashion chain cbmenswear.com, operated by Mal’s dad. To take advantage, log onto the website and use the discount code MTFC2.