Mansfield Town have planted a Remembrance Tree outside One Call Stadium in tribute to players who lost their lives in the First World War.

In partnership with the Woodland Trust and National Football Museum, the club has created a living legacy by planting the tree outside the ground in between the North and Ian Greaves Stands.

The oak tree was planted by stadium director Paul Broughton this afternoon with a short ceremony and a minute’s silence from staff and management to remember those who sacrificed their lives for Britain in World War One and later conflicts.

A commemorative plaque is also situated on the site. 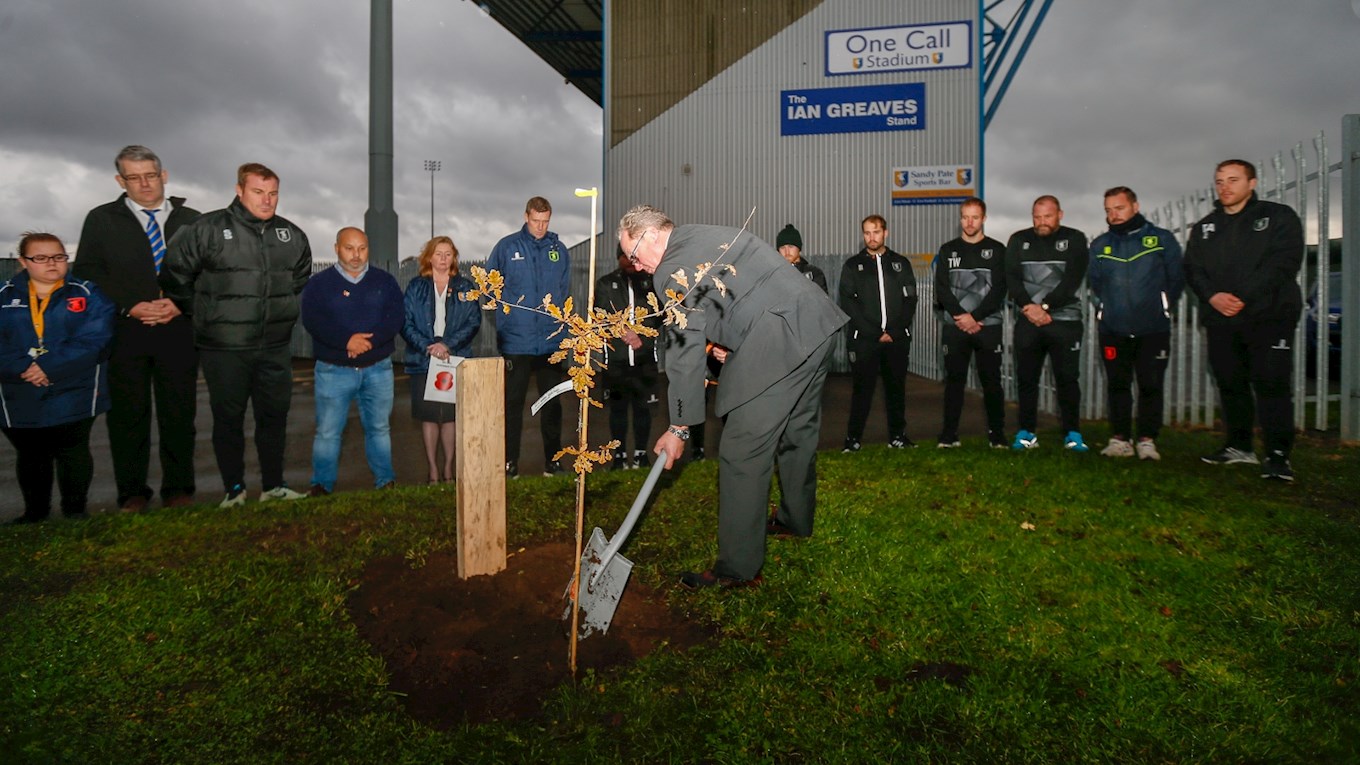 Furthermore, and prior to kick-off at home to Charlton on Sunday, we will join clubs across the nation to pay tribute to all those connected to our clubs, towns and cities who have paid the ultimate sacrifice with a minute's silence.

Blaine Betts, a former soldier, will play the Last Post, before we invite you to join us in observing a minute’s silence in memory of those of died in the First World War and later conflicts.

During this time, we ask you to hold in front of you a card plaque, featuring a Poppy, either side of Mansfield and Charlton's badges. These can be found on each seat upon entry to One Call Stadium.