Stags’ defender Ryan Sweeney says that the trust placed in him by manager David Flitcroft has helped him improve as a player.

The Ireland under-21 international arrived at One Call Stadium in the summer on a season-long loan from Stoke City, and has looked at home in the gaffer’s three-at-the-back system.

Sweeney says that although he knows he is improving under the stewardship of David Flitcroft, he is always looking for new ways to develop his game.

“I think I’m doing okay. There’s still a lot I want to improve on,” said the 21-year-old. “It was always about getting used to what the gaffer wanted at the start.

“I’ve really settled here and I think my performances have gone from strength to strength. Hopefully that can continue.

“When we’re on the ball, we’re not a team that just wants to chuck it forward. We want to try and pass out of the back and make good angles for each other.

“When we’re out of possession we’re very no-nonsense and we like to be an aggressive three off the ball.

"He [the manager] has put trust in me to play and I think that can only help when the manager has confidence in you."

“We’ve all gelled together very well. The new lads that have come in over the summer have all bought into what the gaffer wants.

“He [the manager] has put trust in me to play and I think that can only help when the manager has confidence in you.

“We all pride ourselves on putting in good performances individually. Once you do that, it comes together in a collective team performance.

“You can’t take anything for granted. Once you take your foot off the gas and start to get a bit more comfortable, that’s when things start to go wrong. I know that won’t happen here in the way that we train.

“We all set high standards of each other in the dressing room. That goes the whole way through the team.”

The defender also reflected on Stags’ recent cup fixtures, including the 3-2 Checkatrade Trophy win over Scunthorpe, a game in which four youngsters made their first team debuts.

“We spoke before the two cup games about picking up a positive result against Grimsby so we could go into those games full of belief,” he added.

“I thought we were a bit unlucky against Charlton. We’ll go to Charlton next week full of confidence.

“Going back to the Grimsby game we were disappointed how we played first half. Second half we came out on the front foot and were more aggressive and Ty [Tyler Walker] gets us two goals. 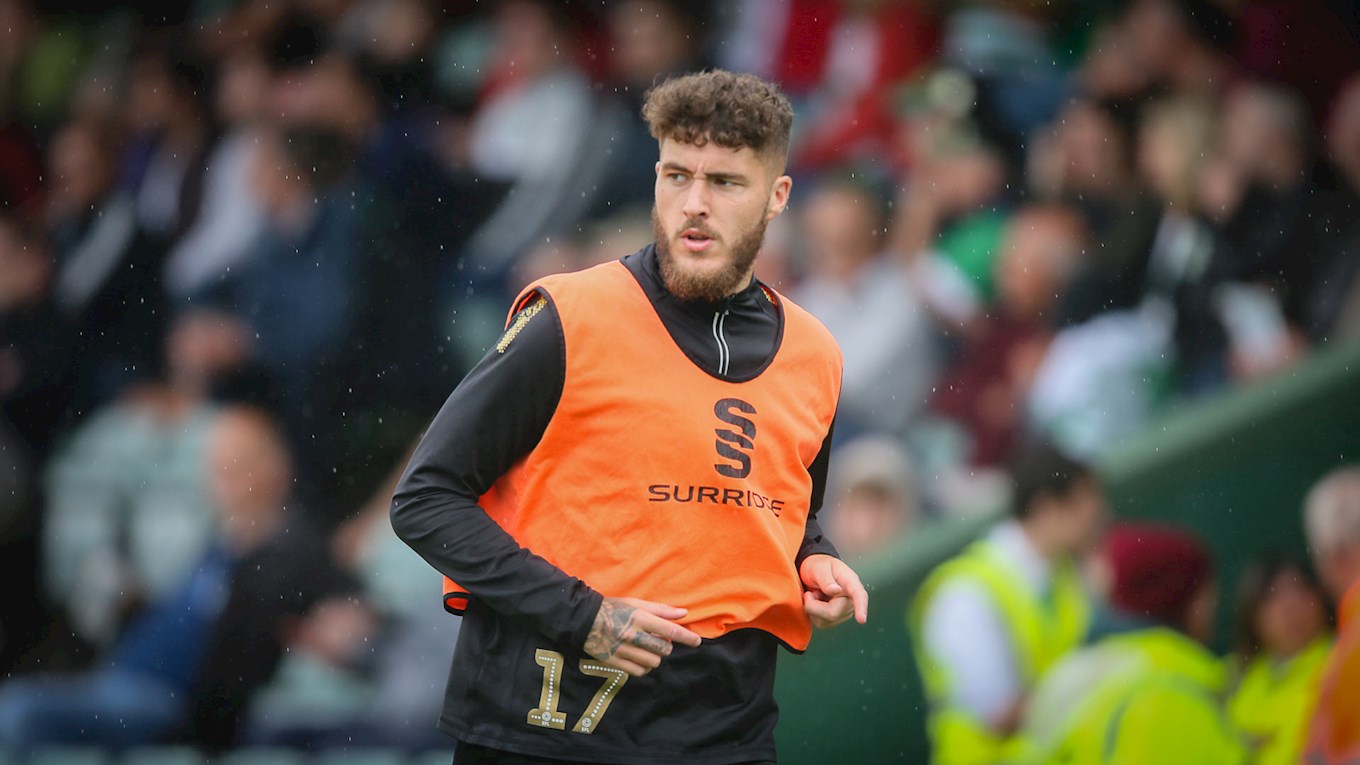 “The Charlton game was a game of two halves. We were fantastic first half and a good side like Charlton came back in the second. We still hit the post twice so we were unlucky.

“You always feel like you can talk to them [younger players] and help them through the game. The gaffer alluded to that in the team talk before the game.

“I’ve played with Gibbo [Lewis Gibbens] at Macclesfield and I thought he was outstanding again [on Tuesday]. Lawsy [Jason Law] at left-back put in a fantastic performance.

“Alistair [Smith] stepped up and Blakey [Nyle Blake] gets a goal as well. On a whole, it was a real positive for the club.

“It’s all a learning curve [for the younger players]. I’m still learning myself. On the whole, everyone was fantastic and puts the club in good stead for the future.”

Stags welcome the local rivals of Sweeney’s parent club to One Call Stadium on Saturday in Port Vale, and the centre-back maintains that it is important to focus on what Mansfield do best on the day.

“Tom Pope has scored goals wherever he’s been in his career. He’s always going to be a handful.

“We have a couple of days to prepare for Saturday, and as always we will give it 100%. We’ll start on the front foot and hopefully we can get the three points.”