As introductions to English football go, Bobby Olejnik’s has to go down as one of the more unusual.

Mansfield’s current first choice goalkeeper was a raw 16-year-old just making his way in the game when he got a whiff that Aston Villa might be interested in taking him from his Austrian homeland to the West Midlands, so it was to his understandable dismay that things went quiet.

That would have been that in most people’s eyes, but not for the young Olejnik, who took the matter into his own hands, calling the Villains directly from his Vienna home to see if his services were, indeed, required.

Incredibly, the daring move paid off as the teenager was soon signing a two-year youth deal at Villa Park and later turned professional with the former English and European champions.

Looking back now, almost half his lifetime ago, a 31-year-old Olejnik can’t believe he had the cheek to put in the call, but, as someone who has thoroughly enjoyed a career that has also taken in Falkirk, Torquay, Peterborough, Scunthorpe and Exeter prior to his arrival at One Call Stadium, he is eternally thankful he did.

“I was playing for a local Austrian club when an agent told me that Villa were interest and, young and naïve as I was back then, I took it at face value and believed every word I was told,” he recalls. “But nothing really happened and I thought maybe that was it. 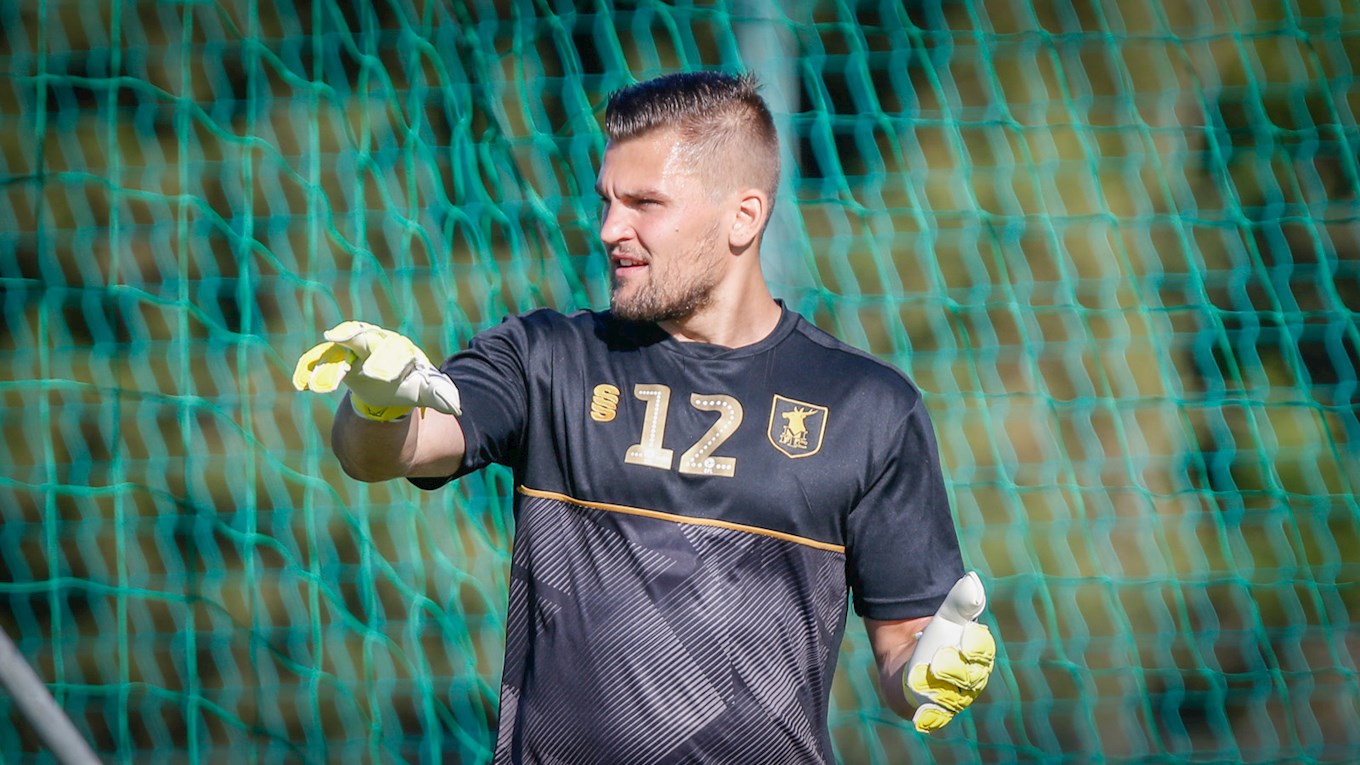 “At that point my dad said that I could try ringing them and, to my surprise, Villa confirmed they were interested in signing me and asked if I could give them two days so they could arrange a plane to fly me over.

“Who would pick up the phone and do that to a club of Aston Villa’s standing? But back then I didn’t think like that because I was used to the smaller set-up in Austria where there was maybe one member of recruitment staff in the whole club.

“’What was I thinking?’ I’ve thought many times since then. Amazingly, though, it worked and I’m so glad it did!”

Now so familiar with the game on these shores, it was not always that way for Olejnik, who admits it was not all plain sailing at first.

He says: “It was completely different to what I was used to for those first few months. I thought playing in Austria was the bee’s knees, but playing in England was something else. I remember ringing home and telling my dad they gave me two sets of kit to play in one game – one for each half.

“I was living life the way I wanted to and I enjoyed the challenge, which was certainly the case at first with the language. In Austria I learned English like people here learn German at school, so I knew a few of the main phrases, but nothing more. 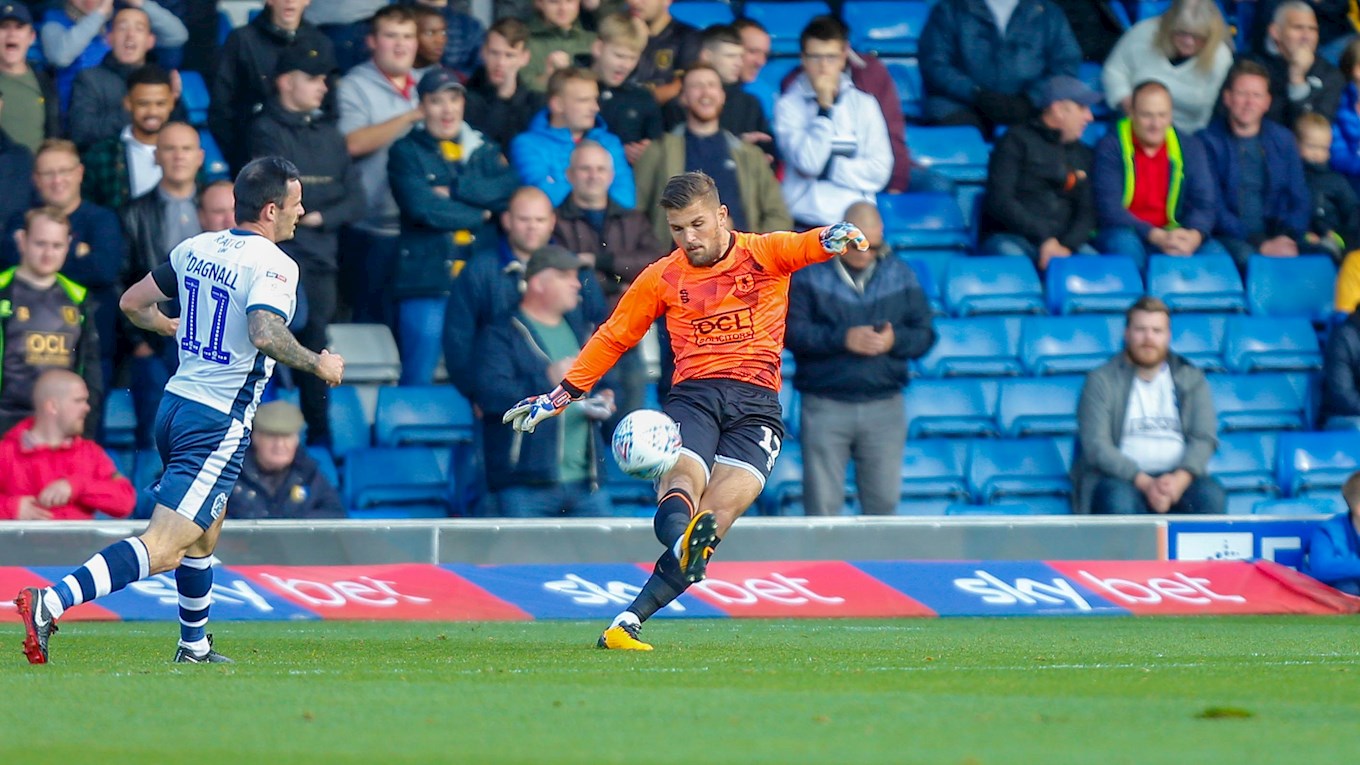 “I’d catch the bus to training and I couldn’t understand why everyone was saying ‘cheers’ to the driver as they got off the bus. I thought cheers was something you said when you were toasting with a drink, and my friend had to explain that people were just saying thanks.”

But if Olejnik initially encountered his difficulties with the language, you would not know it now. As he chats away about his career, it is impossible to detect his is not speaking in his native tongue.

While he hasn’t quite got the Jan Molby scouse accent, nor the Peter Schmeichel Mancunian twang, he speaks impeccably, which is a reflection of just how much he has taken to living in the UK in amassing well over 300 Football League appearances.

In fact, Olejnik has recently applied for British citizenship and is delighted to have been told last month that he can go ahead and advance his application.

He explains: “People ask me if I feel like an honorary Brit – and hopefully soon I will officially be one!

“It is much easier if you have a British spouse, but I am going through the process now, so hopefully it won’t be too long before it is ratified.

“Next year, in July, I will have spent half my life living here, so it seems the natural thing to do.”

One thing Olejnik, now based in Long Eaton, has brought over from Central Europe with him is a love of computers and phones that he has retained since childhood.

His skills at fixing broken screens and faulty handsets have certainly made him friends in the Stags’ dressing room, where he’s quickly saved his teammates a few quid.

“My dad first bought a computer when I was eight,” recalls Olejnik. “It was a Compaq with a 750mb memory, which was massive back then but that you laugh at now. It had one of those big, fat monitors, loaded Windows on a floppy disk and took 30 minutes to download a song that now takes seconds.

“But ever since then I have been hooked on things to do with technology and it’s just something I like to do in my spare time. It’s amazing what you can pick up from videos on YouTube and then just having a go at fixing something yourself.

“It’s not something I make money from, so I’m not sure if I could have made a career out of it had I not been a footballer, but it allows me to help some of the lads. There are one or two of the clumsy ones whose screens I have mended a few times already.”

Although Olejnik signed for Mansfield in June 2017, it has taken until the early stages of this season for him to be given an extended run in the Mansfield first-team, with Conrad Logan getting the nod for much of the 2017-18 campaign.

The 6ft 2ins shot-stopper insists he’s used the time out of favour to observe the game to help him improve, and maintains there is a healthy but friendly rivalry between the two keepers.

Olejnik says: “As a keeper, if you’re not in the side, then you aren’t playing and it’s the first time in my career I’ve had that, but it’s been interesting to see the games from a different viewpoint. 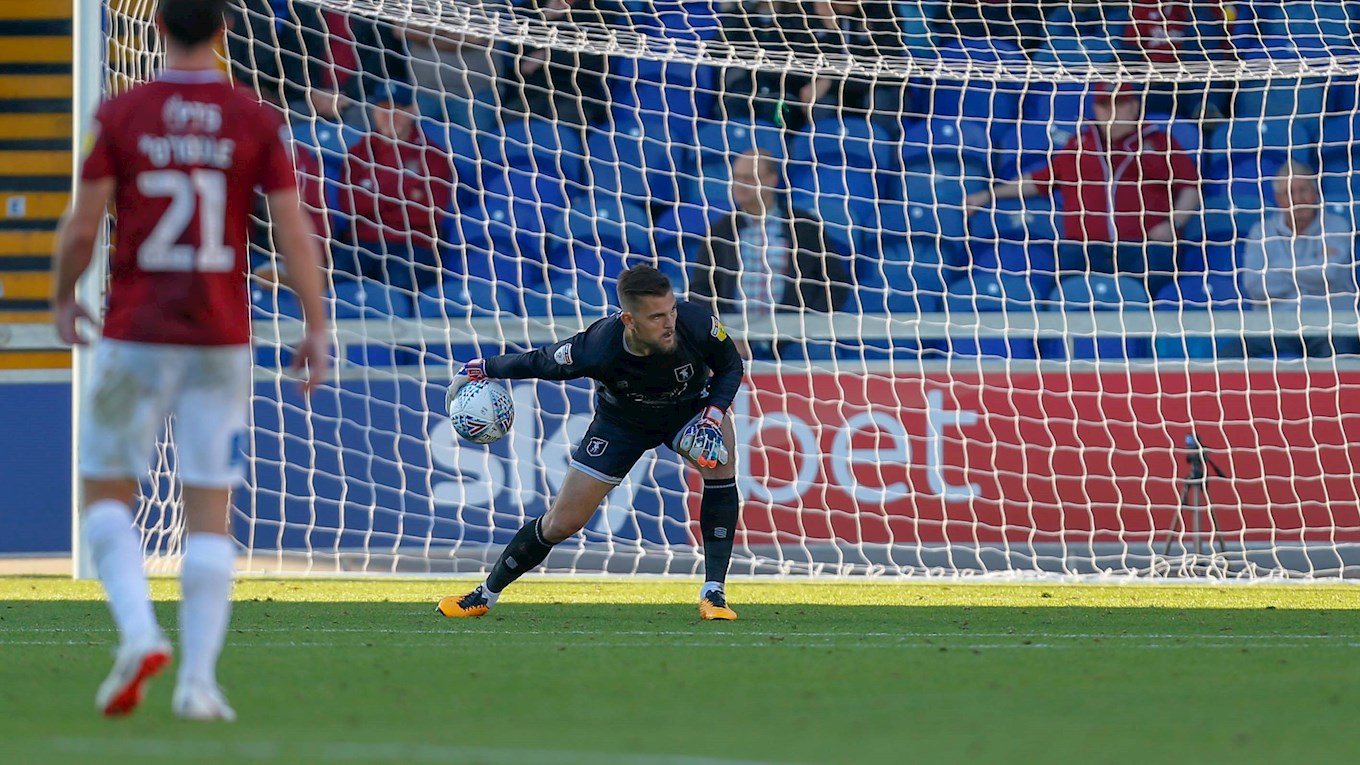 “I’ve looked at what Conrad was doing well to keep me out of the side and looked to incorporate those things into my own game. I’ve learned a lot from him about game management and we are always analysing goalkeepers in the Premier League.

“There were times when I thought I might never get my chance at Mansfield, but you have to keep believing that you will get your chance and, now I have it, I just want to try to be consistent and help the lads out because it gives you a buzz when you’re playing.

“You are measured on clean sheets, but I have to say the lads in front of me have been brilliant in helping us to have one of the best defences in the league. Pearce, Preston and Sweeney have really clicked, but the lads in front of them who press the ball so well are also crucial too.”

At 31, Olejnik has already clocked up a wealth of experience in the game, but he feels there are plenty of miles left in the tank yet – and points to ‘keepers he has admired for inspiration.

“Edwin van der Sar played until he was 40 and Brad Friedel was 43 when he retired – and both were still playing for top clubs towards the end of their careers,” he says.