Four of Stags' youth players, who were pivotal in the under-18 side that won the EFL Youth Alliance North East Division title in the 2017/18 campaign, have put pen to paper on under-21 professional contracts.

Aiden Walker, 18, excelled in the heart of defence alongside the Youth Team Player of the Year Lewis Gibbens, in a season that saw Stags concede just 16 goals in 24 league games. Walker also added several goals from set pieces throughout the campaign.

Central midfielder Harry Bircumshaw, 18, has impressed with his classy performances in the middle of the park, but is also able to play in a number of positions. He has been a key member of Stags' ability to transition from defence to attack with ease.

Versatile attacker Iyrwah Gooden, 17, can be a real handful for defenders with his pace and technical ability. Gooden can play anywhere across the front three, and causes problems for the opposition from the first whistle to the last.

Nyle Blake, 17, is a striker with bags of pace and an eye for goal who can also play out wide. He scored the winning goal in Stags' 2-1 win over Bradford City earlier in the season, which wrapped up the Youth Alliance title.

Academy boss John Dempster spoke of what he believes is now an 'elite' level under-21 side at Mansfield Town, and the improved links between the first team and academy since David Flitcroft's arrival at the club.

"The progress of the academy has come a long way over the past few years, we now have a situation where the under-18 side directly feeds the under-21 side, and we are starting to put together what I believe is an elite under-21 team," he said.

"We pick the boys who we believe have a real chance of making it in the game, and now I believe we have an elite group [at under-21 level] who can stand up at against any level in the country, whether that be under-21 or under-23.

"Under the old [first team] regime, we had a very frustrating 18 months. Very few players went up to the first team, which had an effect on motivation and focus. I have to give the academy staff huge credit for maintaining the motivation and focus of the players during this time.

"Since the change [of manager], we have seen players that excel go up, and we are hopeful that we will see our players play for the first team. The first team players and staff have acted as real protectors to the youth team, there's some really great characters in there.

"There has definitely been more interaction [between first team and academy], which is superb. The younger players have felt really welcome, and feel that they have a real chance of making it to the first team now." 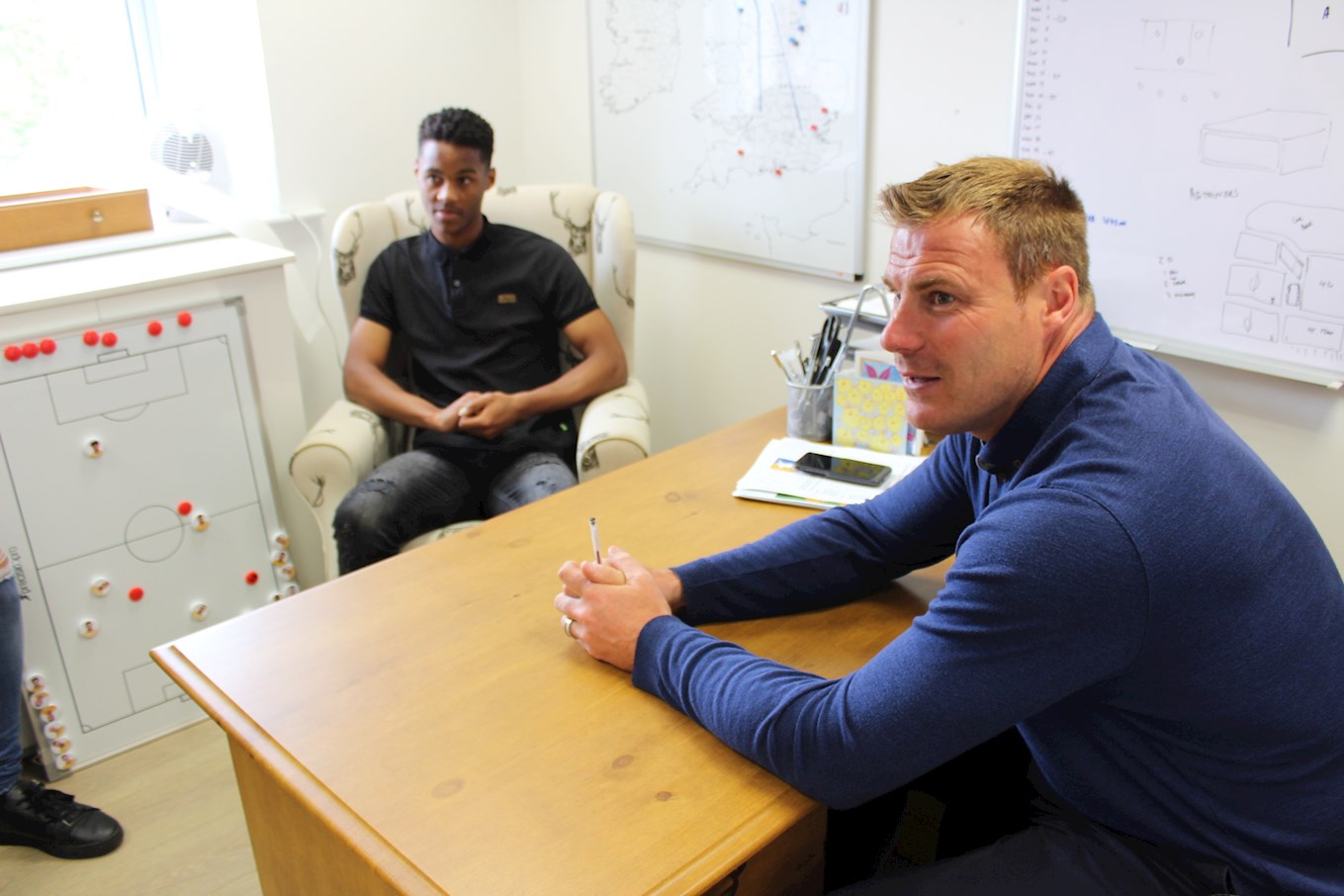 Dempster also added why he believes each of the four players have been rewarded with under-21 professional deals.

"Aiden Walker has been superb at centre-half throughout the season, he's formed a brilliant partnership with Lewis Gibbens," he added. "He's developed plenty in the second year of his time with the team. He's reacted to the challenges he's faced really well. Aiden is comfortable defending in a back-four or on the right in a back-three, and can defend well in wide areas.

"Bircumshaw has probably been the most consistent performer in our under-18 side. Harry is technically gifted, really good on the ball and a tenacious player. He has two sides to his game [in terms of attack and defence], and has answered all the questions we have asked of him this year.

"Nyle Blake started in the under-18s as an under-16, so we always knew he had great potential. His ability to score and set up goals is one thing, but his raw attributes and fitness levels have really impressed. He can play at centre-forward but also anywhere on the right, including right wing-back -  he has the attributes to do so.

"Iyrwah [Gooden] is one with a late birthday, so has only been in the side for a year. We felt like we needed to secure him as Premier League and Championship teams were sniffing around because of his technical ability and ability to score goals from nothing."


Open to those aged 16 to 18, the Stags will host trials for their youth education programme on Wednesday 22 December.


Mansfield Town’s under-18s fell to a 3-1 defeat at home to Bolton Wanderers on Saturday in the EFL Youth Alliance Cup.