Sat waiting in one of Mansfield’s coffee shops and you don’t even have to look around to notice that Jamie McGuire has walked in through the door, writes former midfielder Joel Byrom...

You can normally hear him before you see him. He quickly became a fans' favourite with the club due to his all-action displays but more importantly just how much he cares for the club.

McGuire has Mansfield Town running through his veins.

In his four years as a player with the club, he joined the Stags following promotion to the Football League in the summer of 2013, before taking up a role with the academy side of things when his contract expired in 2017. I caught up with him to find out just how life is now without full time football and his year in the academy.

“A real eye opener,” describes McGuire, as he moved from the engine room of the Stags midfield to the training field down at Brooksby Melton College in Leicestershire - home of Mansfield's academy.

“The amount of work, emails and recruitment and the things that come with it but I am loving every minute of the coaching,” he beams, “but I think its important that I am starting working with the kids and the staff have been brilliant with me I couldn’t have asked for better people to learn off with the knowledge of coaching so it’s a great place for me to learn my trade.”

"Anyone who didn’t wear a Mansfield shirt was an enemy to McGuire."

I recall signing for Mansfield at the start of January 2017 not really knowing many people in the dressing room. ‘Jamma’ introduced himself straight away and invited me out for food. He just made me feel at ease in a new dressing room and it helped me settle. He did this with a lot of new faces just to make them feel welcome.

That’s the sort of character you need in every dressing room. He worked as a link between old players, new players and staff trying to keep the standards up while always being the centre of any sort of banter.

I would have been tempted if I was the then manager just to give him that extra year as a player. He may have been a bit-part player but there are certain games in League Two when you need a Jamie McGuire in your line up and sometimes this season I believe we really missed that.

He could have combined playing, with a bit of coaching and just being the link that binds it all together throughput the club because I don’t know a single person employed by Mansfield Town who has a bad word to say about him.

That all changed when he entered the field. 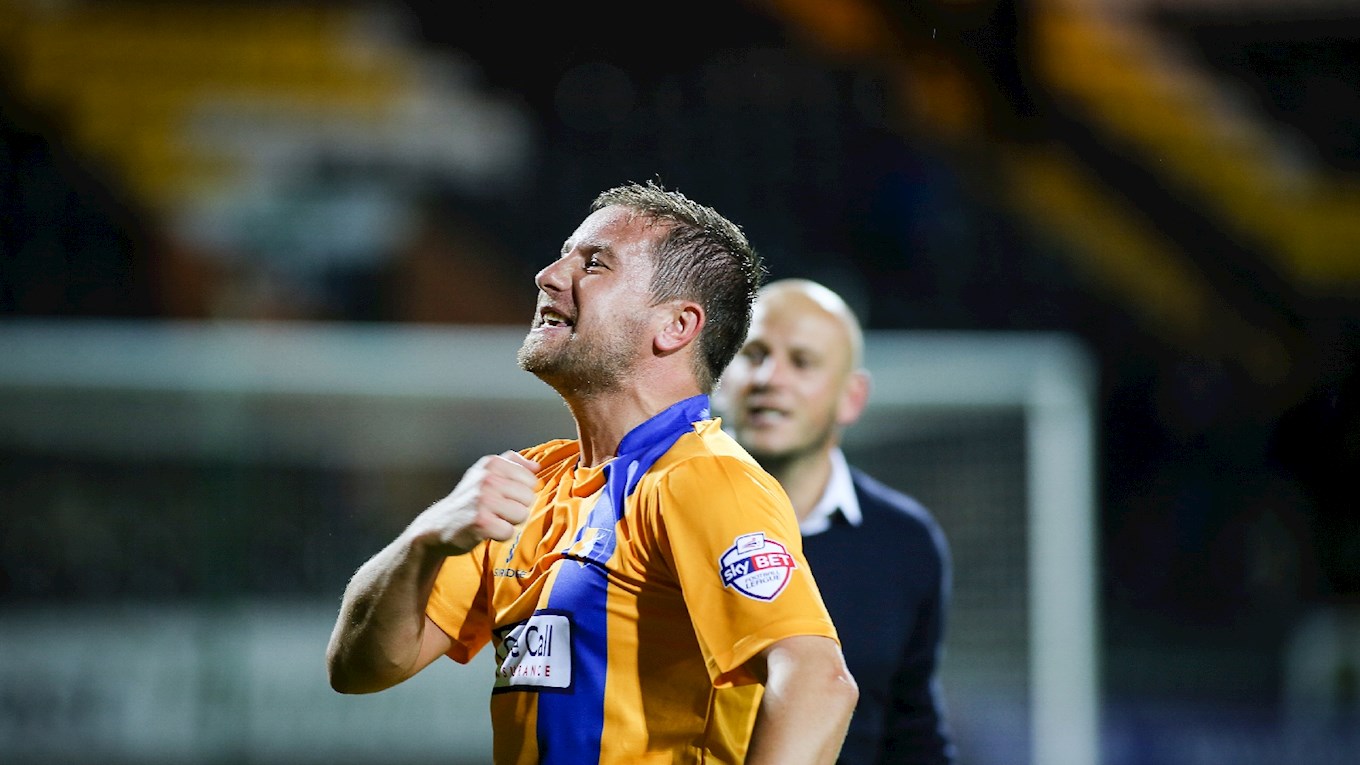 Anyone who didn’t wear a Mansfield shirt was an enemy to McGuire and would do anything in his power to get the right result. As a younger player sometimes that would boil over but as he matured he was very clever in the way he went about his work in front of the back four.

When asked about the thought of full time football again his eyes just light up: “I’ve only just left full time football, training every day and just missing the general banter with the boys in the dressing room,” but he says the main reason is “working all week leading up to that buzz of walking out on a Saturday afternoon, you can’t beat that feeling.”

This season has been a tough one trying to juggle life as a full-time coach, a part time player and a father all coming at the same time but just from chatting away over a coffee you can tell he is taking everything in his stride and thriving in his new environments. He isn’t planning on hanging up his boots anytime soon though after leaving Boston United of the Conference North after one season.

He says: “I’m not even thinking about it. If you know me you will know I still have that fire burning inside me to continue playing for as long as I can. I love the game.”

The Stags' chairman, John Radford, has a tendency to use ex-players in other roles at the club. John Dempster - the club's former defender - has secured three league titles in three years as head of the youth team and McGuire thinks this is a good way of doing things.

“You see me and Demps (Dempster) playing for the first team four years ago before we have gone into the Academy. We both care for the club and it’s in our hearts so it’s clever from the chairman.”