In a column for www.mansfieldtown.net chairman John Radford expresses the positivity and excitement around One Call Stadium ahead of the Stags' massive Easter double header against promotion rivals Accrington Stanley and Luton Town.

Everyone can see the progress we are making off-the-pitch as we continue to place strong foundations for the club’s future. Progress is the key word, for me, in football. Otherwise, if you stand still then you are on the road to nowhere.

Work is continuing at the new training ground at Woburn Lane in Pleasley. We have submitted plans to Mansfield District Council for a new Hampton-by-Hilton hotel at One Call Stadium which would be of great benefit for the Town as well as providing the football club with another revenue stream.

Our academy is growing stronger and developing month-by-month. We are making positive strides forward to strengthen our infrastructure and in truth, I would be surprised to see any other club in the English Football League developing on the scale which we are. 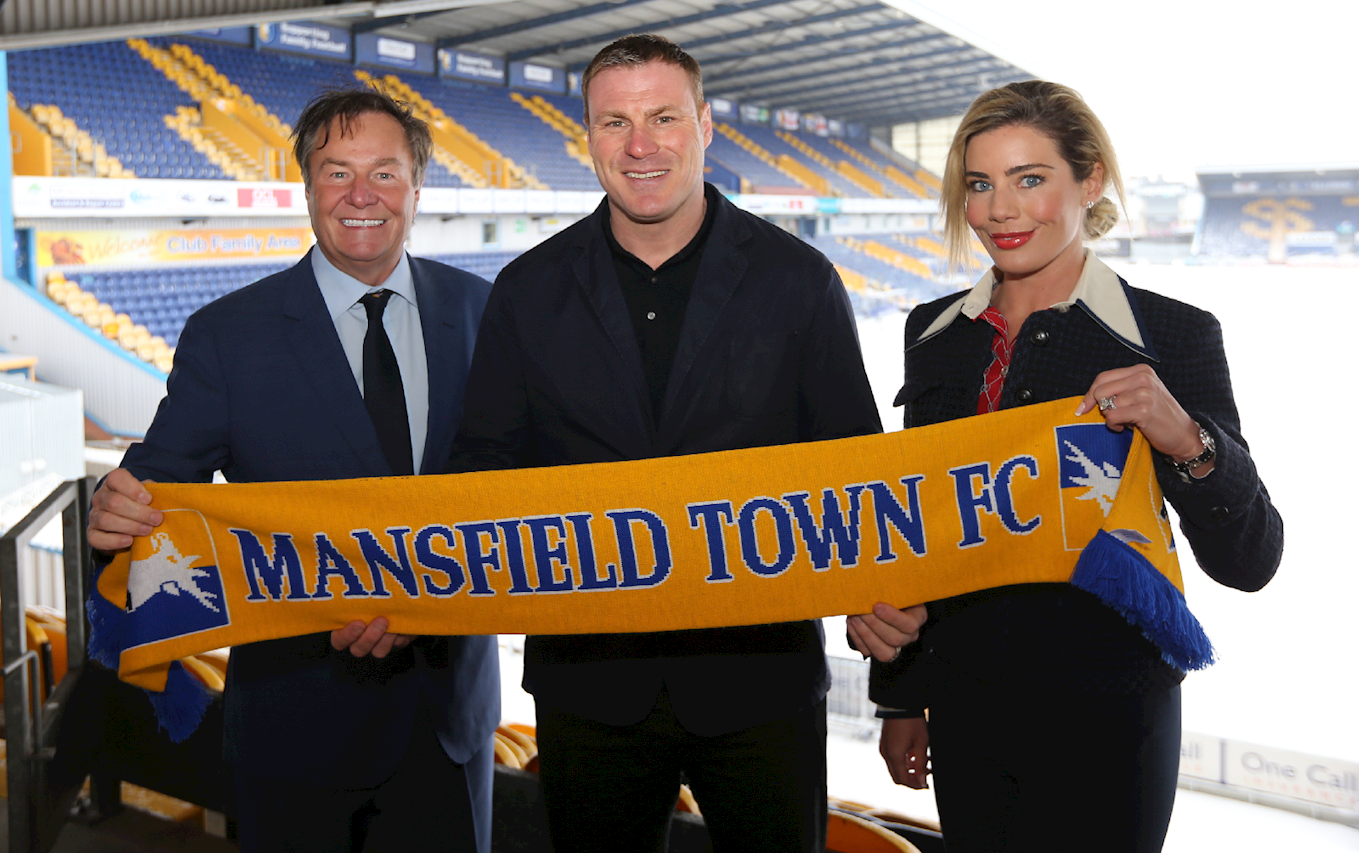 I have been impressed by the way our manager is viewing our long-term strategy as the first team have forged much stronger links with the academy in the past few weeks, to the extent where five under 21 players have been training with the senior side recently and the same number from the youth team.

I have full faith in our players and management to fulfil our objectives this season. Promotion to League One remains our primary goal.

We all know that the second half performance at Forest Green Rovers on Saturday was below-par but that performance and result is now in the past and is unchangeable. As a club, we remain in the promotion hunt and have eight big matches to play, with 24 points to play for.

It is an exciting time for everyone who has the Stags at heart. We are in the promotion mix and have a squad which we know is capable of delivering the success we all desire. The players want it as much as we do and I know the pride every single one of them feel when they pull on an amber and blue jersey before 3pm on a matchday.

"Where there is unity, there is victory, and I therefore ask everyone connected with the club to play their part, however large or small, in these remaining eight matches."

It will be a big test for us on Good Friday. Infamously, we have not beaten Accrington in the 13 league matches played against them. Now is the time to put right that unwanted record. They will be imposing and challenging opponents as their form and league position well suggest. We, however, will have the added advantage of thousands of passionate Stags’ fans in the stands.

Speaking to our players as I often do, they regularly talk about the genuine difference that can be made to their performances when they hear an encouraging and loud home support such as ours.

It is only human nature to feel an extra sense of confidence and certainty when you hear thousands of people willing you to do all that you can on the battlefield.

Where there is unity, there is victory, and I therefore ask everyone connected with the club to play their part, however large or small, in these remaining eight matches. Whatever happens at the end of the season, I want us to reflect and make one remark with absolutely certainty, ‘We did all that we could. We gave it our all’.

Together, let us do all that we can in these exciting, final eight games and make this is a campaign to remember for Mansfield Town Football Club and all of us who love our club and Town.

Come on you Stags!!!

Tickets for this Friday's match at home to Accrington Stanley can be purchased online via www.stagstickets.co.uk