Highly-rated Reds’ striker Tyler Walker joins the Stags on loan until the end of the season.

Dynamic midfielder Khan has signed a two year deal at One Call Stadium after the Stags agreed an undisclosed fee with Yeovil for the 22-year-old.

Frontman Davies has penned a two year contract after the Stags landed the 32-year-old from Oldham for an undisclosed fee.

On his first Championship start of last season, Tyler Walker netted twice for the Reds in a 4-0 win against Queens Park Rangers and later penned a new deal at the City Ground until the summer of 2021.

The Nottingham born youngster, 21, has loan experience with Burton Albion, Stevenage Port Vale and Bolton Wanderers and is capped at England U20 level.

After his schooling at Manchester United, Otis Khan signed for Sheffield United’s development side in 2012 before making his first team debut for the Blades two years later.

Comfortable central or out wide, Khan then enjoyed a spell with Barnsley before signing for Yeovil in the summer of 2016 and has since been their stand-out performer.

Former Wales international Craig Davies netted 14 times for his previous club Oldham, who were recently relegated from League One.

Amongst other clubs in a career which started at Manchester City, the 32-year-old has played for Brighton, Chesterfield, Barnsley, Bolton and Wigan in the past eight years. 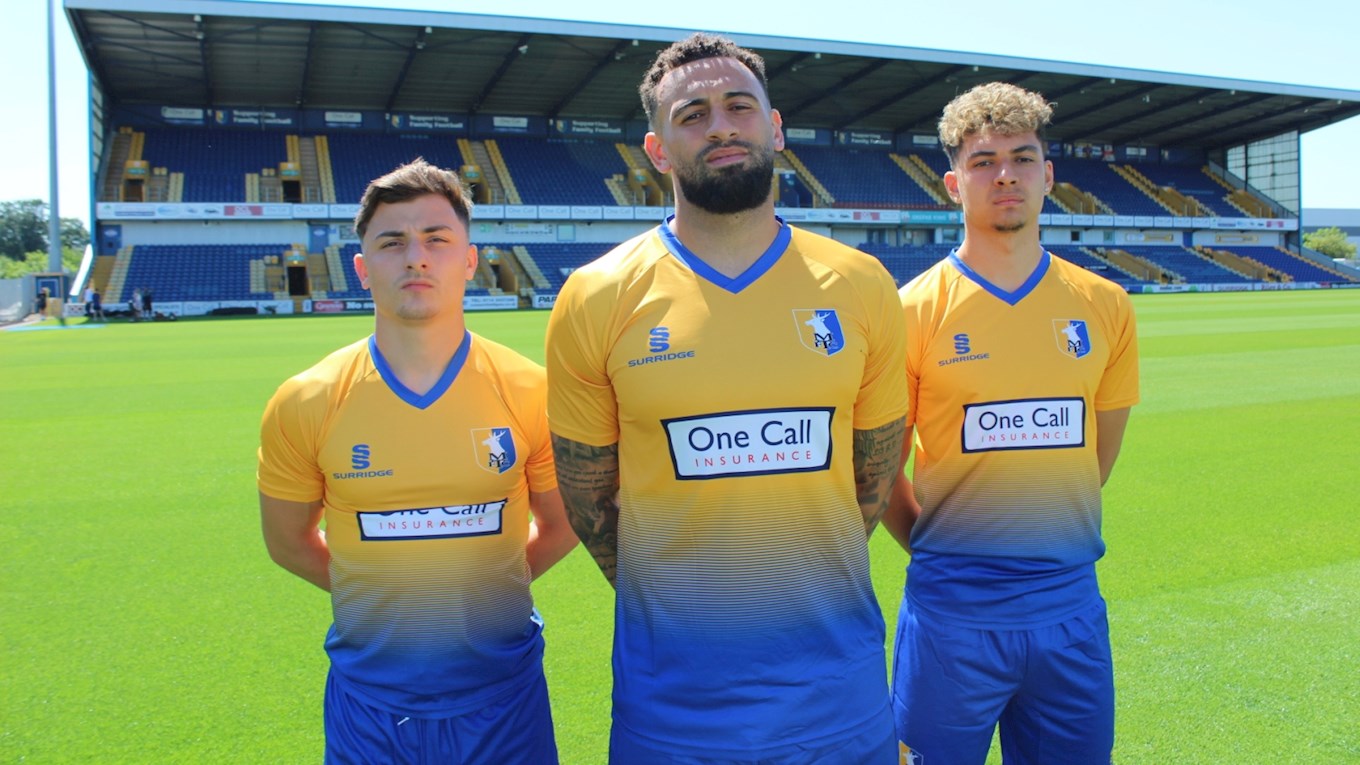 Chief executive officer Carolyn Radford said: “We’re thrilled to have Tyler, Otis and Craig now in our ranks ahead of next season following much hard work behind-the-scenes in recent weeks.

“We’ve had to remain patient and professional in equal measure but we know these signings will excite our supporters and add real quality to our squad.

“Tyler’s loan transfer has come as a result of a new, special relationship with Nottingham Forest and their owners, who I thank for their characteristic professionalism. We have agreed to pay a contribution to the player’s wages and our ambition is to aid Tyler’s development while he plays a significant part in our season this term.

“We have been closely monitoring Otis and Craig for some time and their desire and hunger to play for the Stags are qualities which fit perfectly into our model.”

Manager David Flitcroft said: “There’s been a lot of hard miles and real hard graft put into these deals and I’m delighted for everyone at the club and thank the chairman and Carolyn for their support in making these signings happen.

“I’ve not been deterred from my vision of what the team will look like and what it will represent to our supporters and I’m absolutely delighted with the signings, especially before the Portugal training camp next week.

“It was key that we got the players in this week to settle in with the group so next week in Portugal we can lay down our battle plans.”

For extensive, exclusive coverage of the new signings, log in to www.mansfieldtown.net/ifollow over the coming days.

Want to sponsor the above trio this season? E-mail sales@mansfieldtown.net for more details.


Nigel Clough makes five changes to the side that faced Leyton Orient on Saturday.


Mansfield Town manager Nigel Clough says he is looking forward to a home double header as Stags aim to add to the club’s points tally.


A new, retractable players’ tunnel has been installed at One Call Stadium, funded by the Stags’ Supporters’ Association.