Three Mansfield Town legends are set to return to One Call Stadium tonight (27 July) for a fan-organised fundraising evening, recalling their memories in aid of the Alzheimer’s Society.

Richie Barker, Adam Murray and Paul Cox make up the hat-trick of legends joining the supporter-led ‘Legends LIVE’ event, which will act as a fundraiser for the charity. 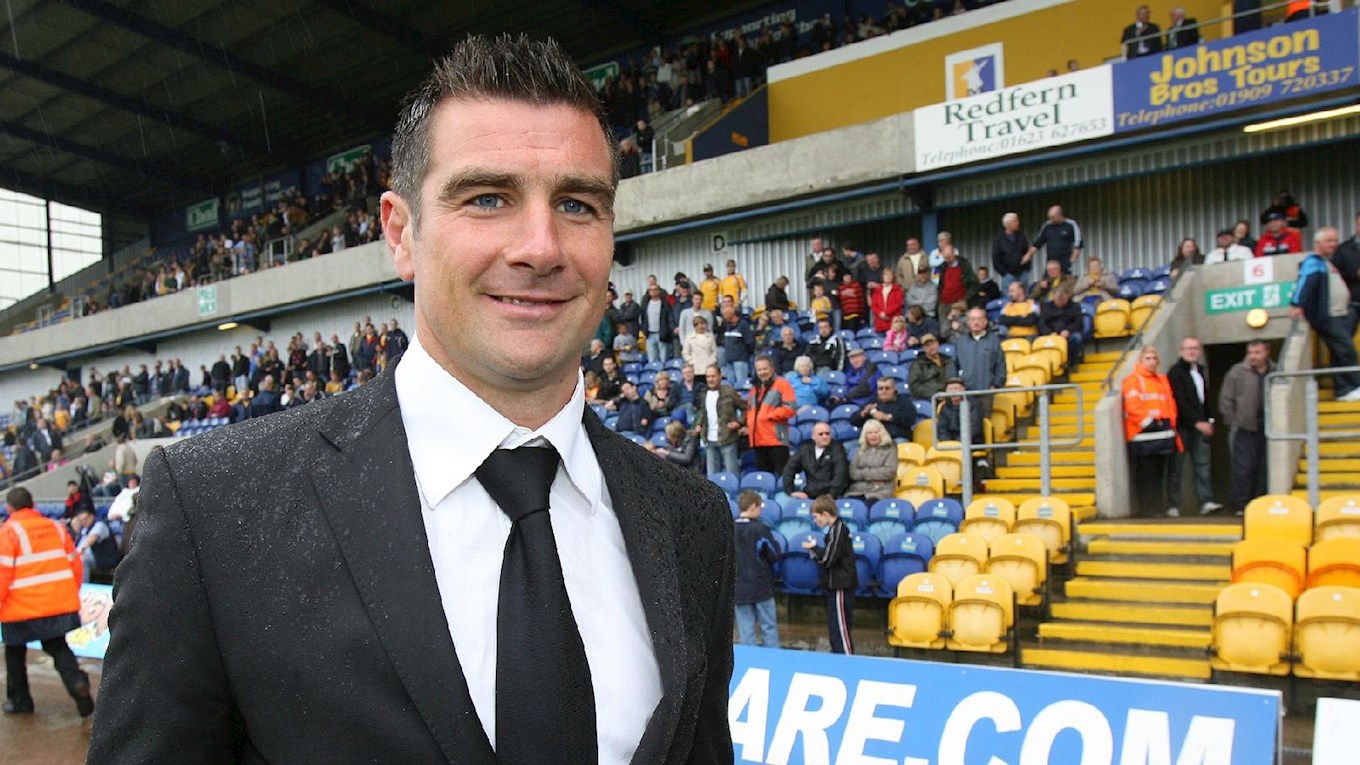 Taking place in the Sandy Pate Sports Bar, the trio will chat to Mansfield Matters’ podcast host Craig Priest, recalling the drama, the heartache and the glory from their spells with the Stags.

Supporters of all ages are welcome to come along to the family-friendly evening, which starts at 8pm, to hear first-hand about each member of the panel’s experiences.

It will be FREE entry on the night, with funds being raised by way of a prize raffle and quiz. Donations will also be encouraged on the evening.

Event host Craig Priest said: “Alzheimer’s is a truly awful thing to live with. As football fans we’ve had so many memories created through following the Stags, I couldn’t imagine waking up one day and having no recollection of all of the adventures – but that’s Dementia, it can happen to anyone at any time.

“Kevin Bird was a hero for generations of Stags fans and is living with Dementia, potentially caused by heading the old style football which, when you strip it back means, when he was creating so many memories for us fans, was putting his future health at risk without knowing it.

“The whole idea of this evening is to create some more great memories for supporters and Richie [Barker], Paul [Cox] and Adam [Murray] will have lots of stories to share – I thank them for their involvement and really encourage everyone to come along, pack the bar out and get involved for a great cause.”

The evening will include a general knowledge prize quiz and mega prize raffle with prizes including a signed shirt, as well as the stories from Barker, Murray and Cox, plus on stage entertainment and a disco.

Costing just £5 to enter, entrants will receive a commemorative Mansfield Matters mug, and be entered into the draw to win the Lampard shirt along with other prizes. Further details on how to enter can be found here.

There are 14,000 people across Nottinghamshire with Dementia, including about 1300 in Mansfield alone. Dementia is set to be the 21st century’s biggest killer, with someone developing it every three minutes.

Mansfield Matters' 'Legends LIVE' takes place on Friday 27 July in the Sandy Pate Sports Bar at One Call Stadium. Starting at 8pm, the event is open to all and is FREE entry!