by Matt Halfpenny, chief columnist of 'The Stag'

Should anyone doubt just how quickly fortunes in football can change for the better, then they need only look at the case of Conrad Logan for inspiration.

The Irish goalkeeper was part-way through a loan spell at Rochdale from Leicester City in the 2014-15 season and had become a popular figure at Spotland, helped by saving penalties in consecutive games against Leyton Orient and Barnet.

But then disaster struck for the shot-stopper as he snapped his Achilles tendon when jumping to collect a cross in a fixture against Notts County, sidelining him for a 16-month stint that he admits was hugely frustrating, but necessary if he was to resume his professional career.

As that time came to an end, and with another season almost completed, Logan assumed that as a free agent he would have to bide his time and look for another club once the 2015-16 campaign came to an end. 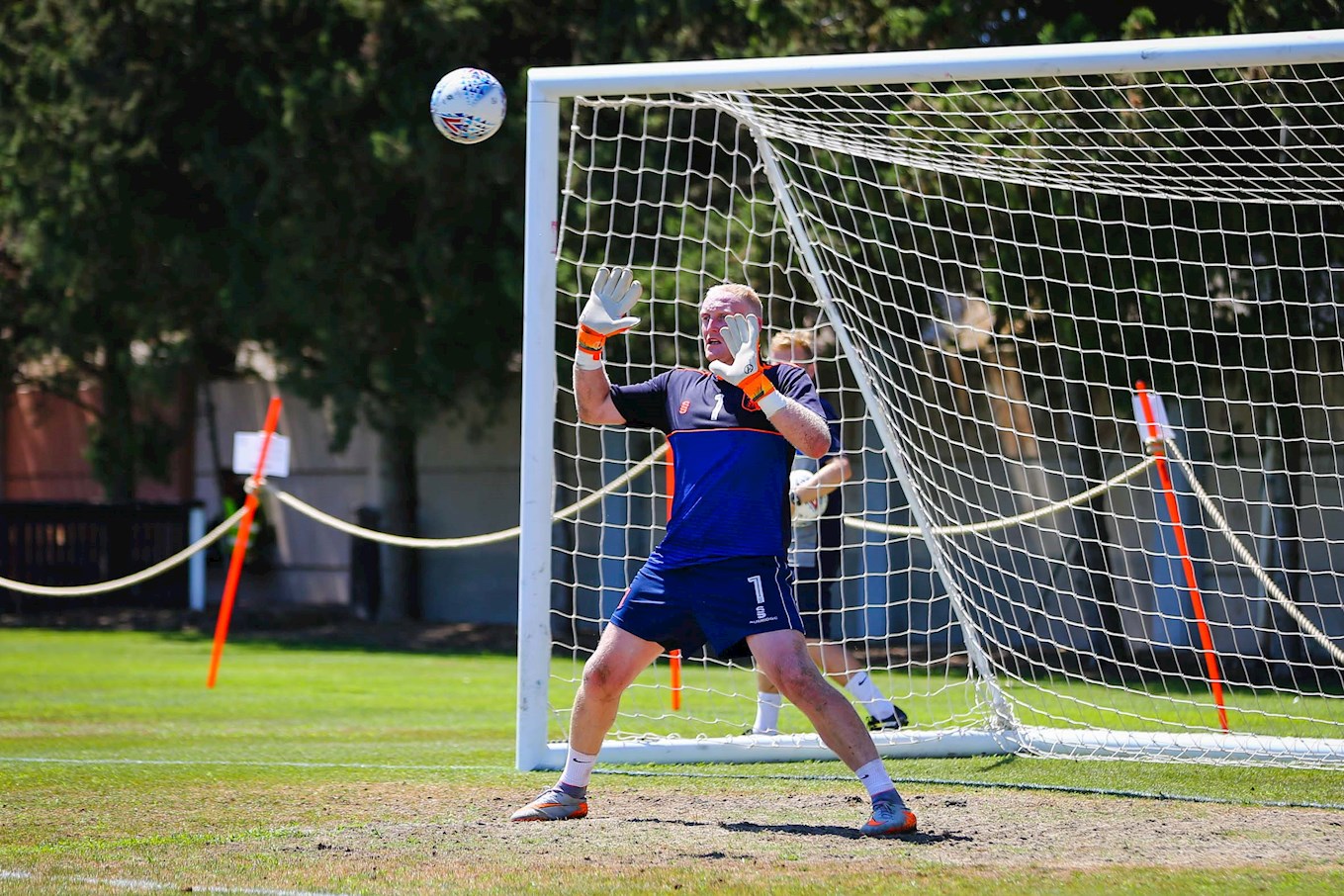 That’s when, out of the blue, he got a call telling him Hibernian wanted him to sign on a short-term deal to cover for a recent injury ahead of their FA Cup semi-final with Dundee United. It proved to be a huge stroke of luck for Logan after, enduring his share of misfortune with his injury, and was to lead to the most memorable moments of his career so far.

“Because I was unattached, I was able to join Hibs on a free transfer outside of the window, and I expected to train and be sat on the bench as cover,” he explains. “The next thing I knew I was thrust into the team and I managed to save two penalties in a shoot-out to help the team through to the final.

“We went on to play Rangers in the final and won that too. It was the first time in Hibernian’s 114-year history they had won it and they thought it was never going to happen, so everyone was going crazy when it happened and it was great to be part of it.

“There was even a fan in the Barnet end at our recent home game who had a Hibs scarf on and was saying thank you to me for my part in the best day of his life!

“It was an incredible time because of how quickly it all happened. It was surreal. I’ve won promotions with Stockport and with Leicester, which was to the Premier League, but that has to rank as the best of my achievements so far, just because it was so unexpected.” 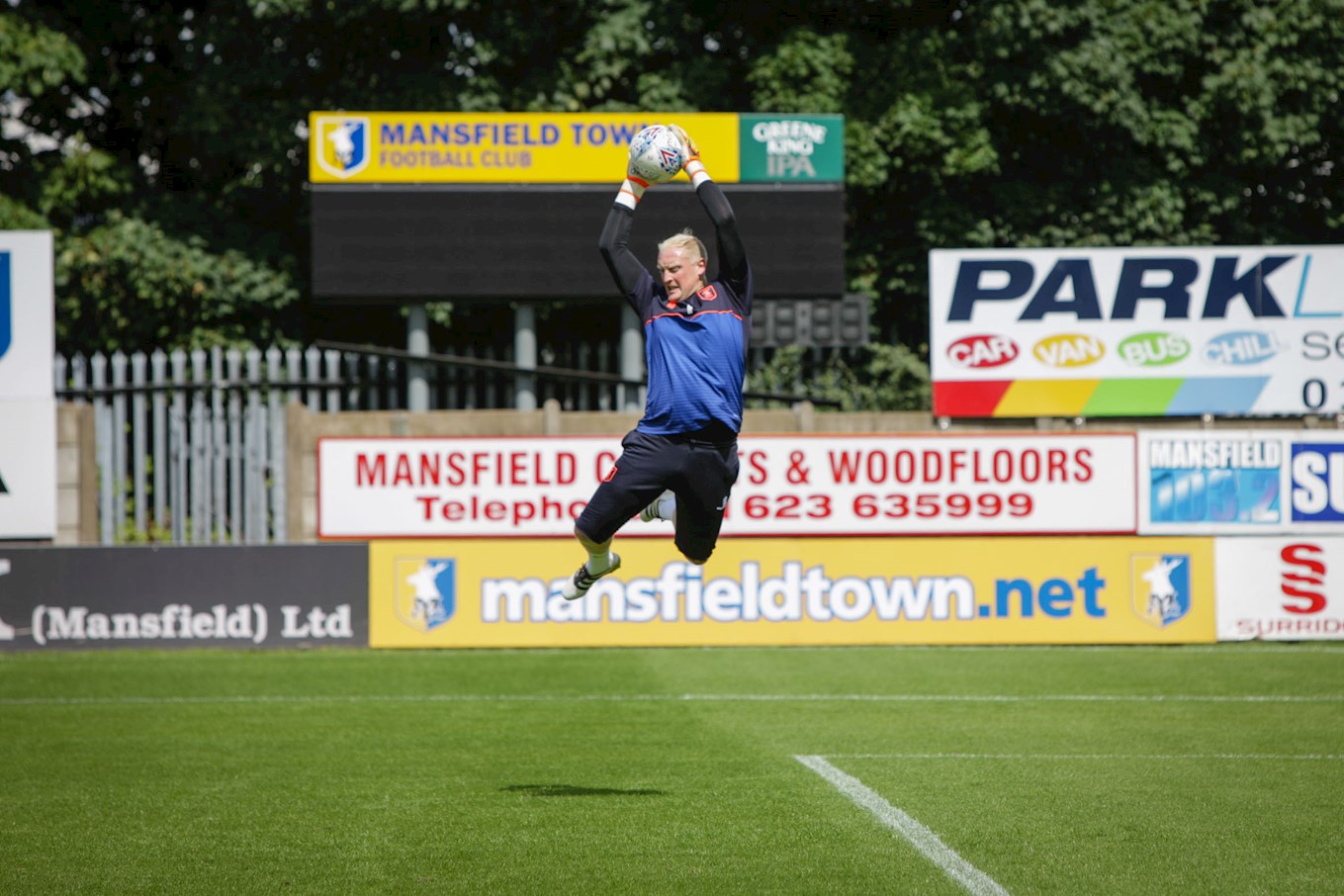 Celtic fan Logan grew up with Paddy Bonner and Shay Given, who both hail from his home county, as his heroes, and he was determined to emulate them by carving out a career in the Football League.

He went on trials ‘what felt like every week’ and almost joined Nottingham Forest before agreeing to a move to Leicester at the age of 15.

The former Ireland youth international went on to make 23 senior appearances for the Foxes and was on the books of the club for more than a decade, during which time he also went out on loan to the likes of Boston, Stockport, Luton, Bristol Rovers and Rotherham, as well as Rochdale.

Logan says: “I really enjoyed it at Leicester and was very thankful to make it through to senior level because I think, from the academy side at that time, I am one of only two players still in the Football League.

“I made my debut against Macclesfield Town at the King Power in a League Cup tie and it wasn’t too much to write home about as there were only about 3,000 to 4,000 fans there in a big stadium.

“But 90 per cent of the games I played were in the Championship and I played in some decent local derbies.” 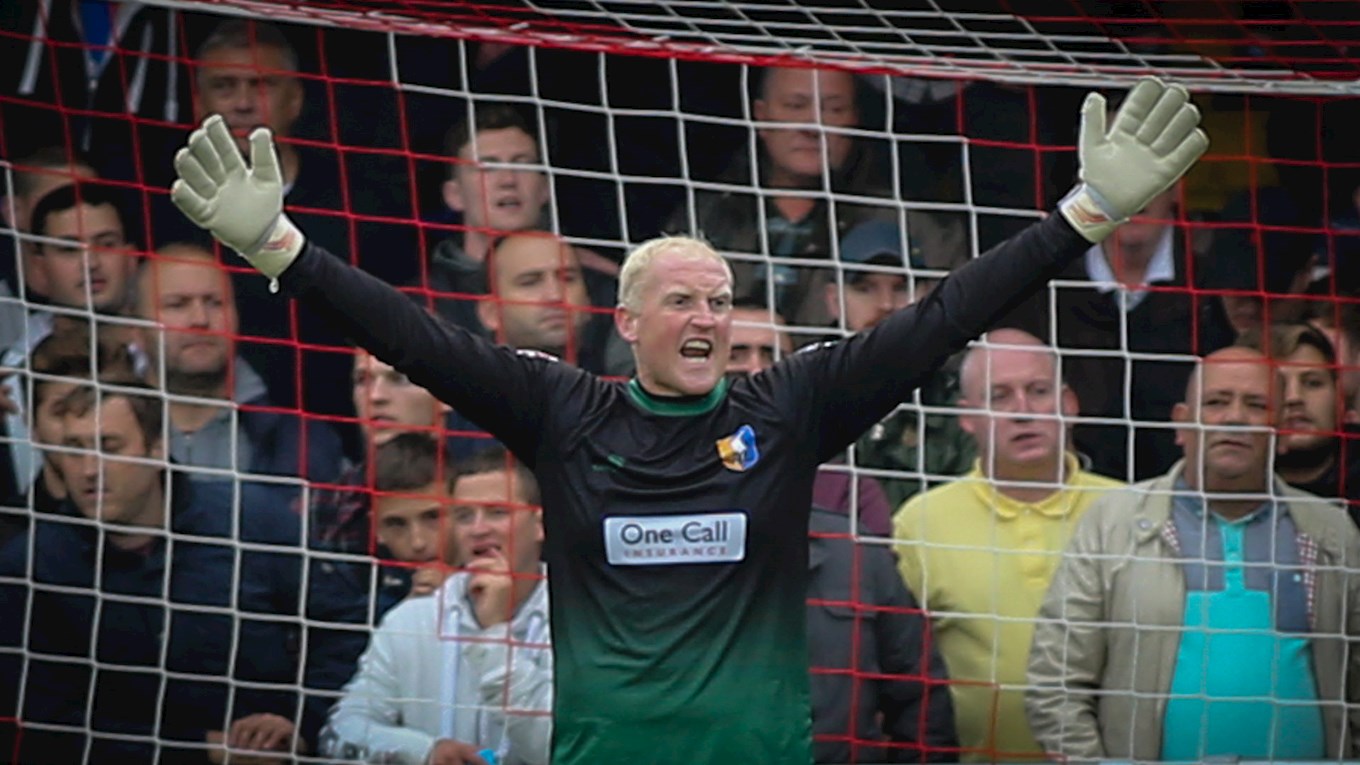 After a permanent spell at Rochdale followed his brief stint north of the border, Logan became Mansfield’s first signing last summer, and has gone on to become a regular starter.

He was quietly confident that both he and the Stags would begin to find their feet once a new-look squad had gelled following a raft of new arrivals for the start of 2017-18.

“It’s hard enough for the likes of players signed by the top clubs who are on £100,000-a-week plus to come straight in and start performing, so it’s never going to be easy at first, but since Christmas we have really started to find some good form,” said Logan.

“We didn’t always have a settled defence in the early stages of the season and that’s settled down now, plus you get to know the players you are playing with which helps.

“I think we’ve had 10 or 11 clean sheets now plus a couple more in the FA Cup, which is what the defenders and I pride ourselves on, but the key thing is to keep picking up the wins." 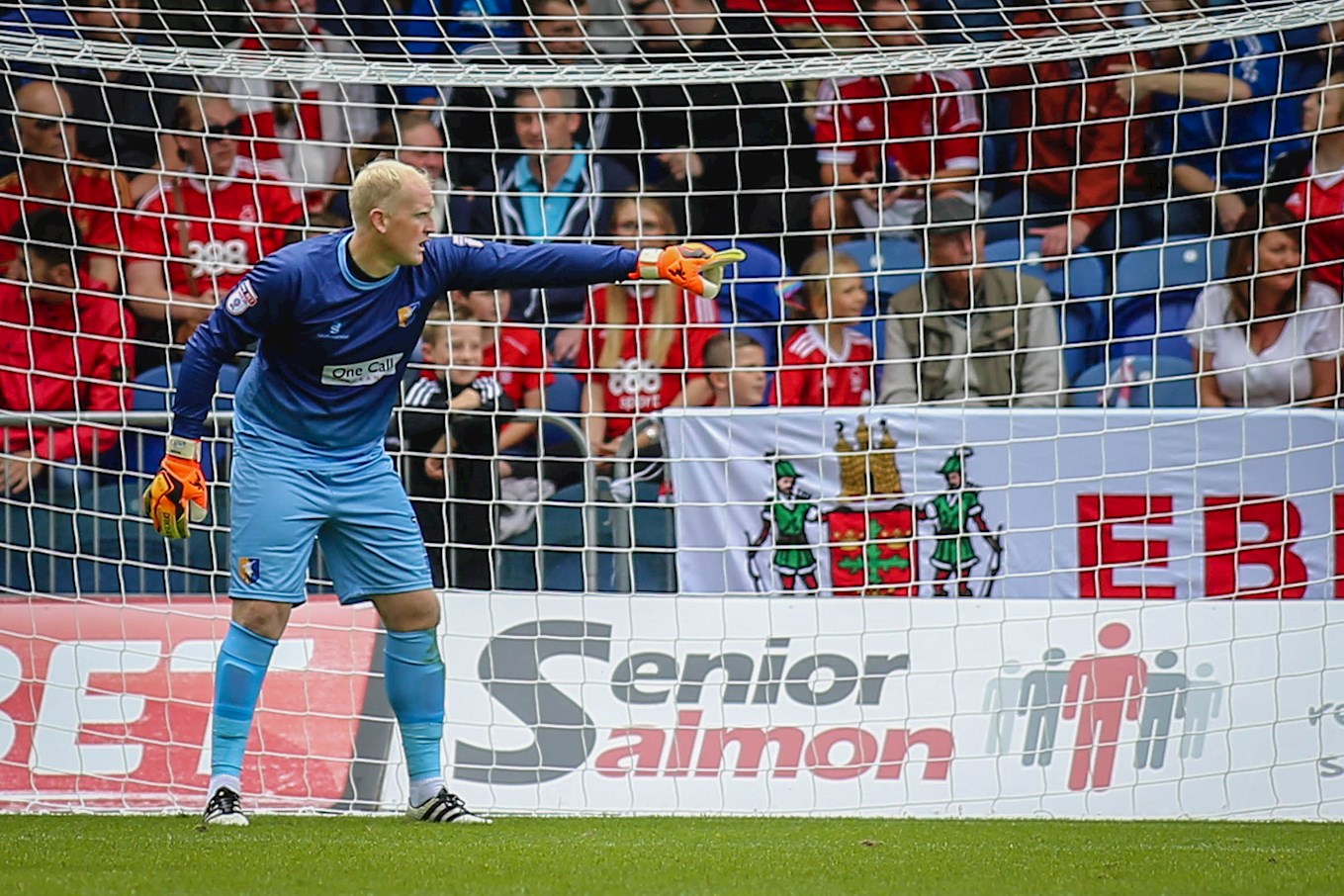 Logan, nicknamed “The Polar Bear” because of his pale complexion, has embraced his moniker by incorporating the artic animal into the design of his goalie gloves. It also features on the branding of the soccer school he runs for budding goalkeepers, which he would love to expand once his playing days are over.

The Ramelton-born player is also a big fan of horseracing, with his fiancée and daughter riding and he himself having a number of friends who are owners, trainers and jockeys.

“I love the sport,” he grins. “I’ve always followed it and you’re always likely to find me sat reading a copy of the Racing Post after I’ve been training to see what’s going on!

“Last year I played in the first charity match to raise money for injured jockeys between an AP McCoy XI and a team of former Cheltenham Town players, which raised more than £25,000.” 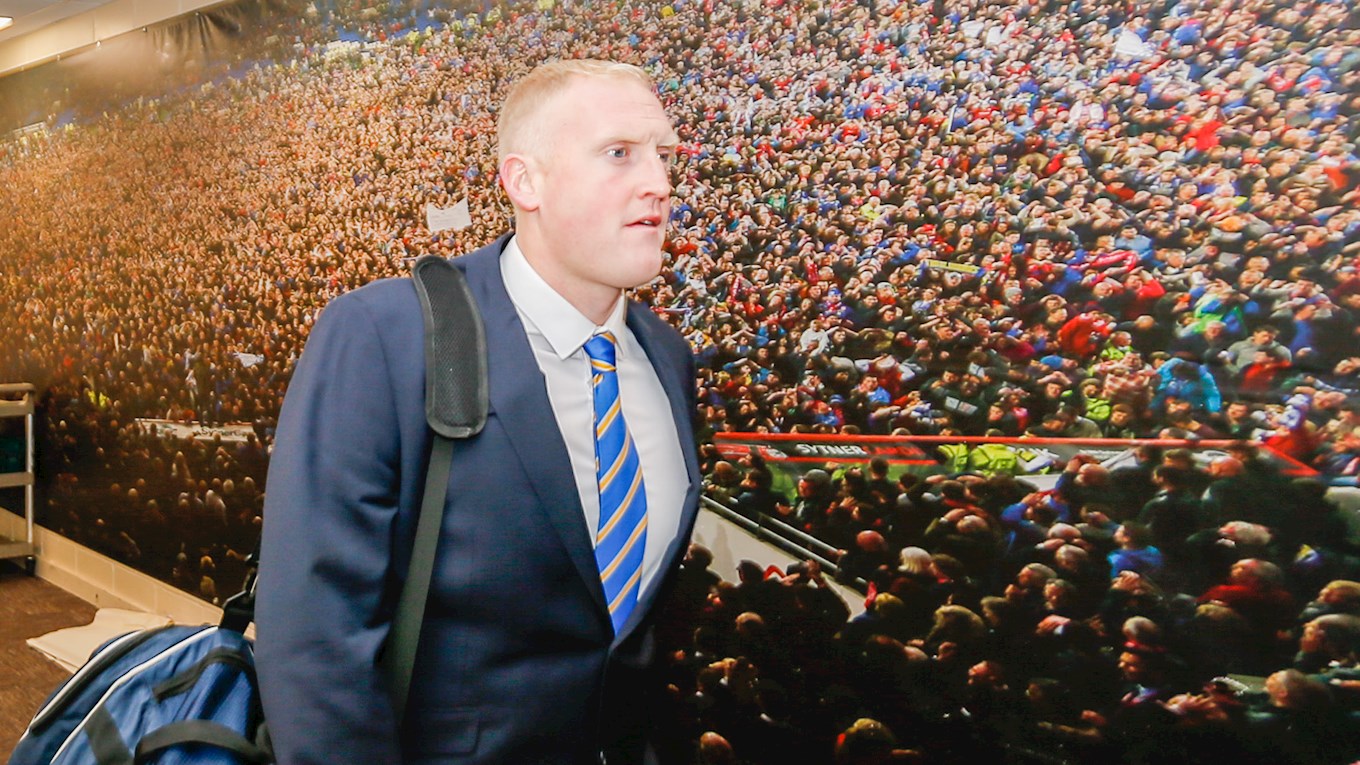 But there was no gambling involved when Logan took the plunge to propose to long-time girlfriend Vicky on Christmas Eve, having been together 12 years.

Logan beams: “Vicky says that I was only about eight years too late as we’ve been together a long time and we’ve got two children, but I got there in the end and it made for a great Christmas.

“They say you should never do anything with kids and animals and I did both for my proposal as I took the family – and our two Labradors – to a country park near where we live.

“It seemed like the kids were running one way and the dogs pulling another, but it worked out well in the end. We’ve not set a date yet... the only thing Vicky has asked is that I don’t wait another 12 years!”