By his own admission, the form of Jacob Mellis in a Mansfield Town shirt had, until a few weeks ago, been up and down, with consistency the missing ingredient.

The talented playmaker had certainly had moments where he had shone, but he’d also had occasions to forget, where he’d been unable to make the most of his abilities.

This season began frustratingly for the Nottingham-born player as he started just one of the first four league games and then served a suspension for his part in a fracas during and after the pre-season friendly with Sheffield Wednesday.

Since coming back from that enforced lay-off, however, Mellis has been superb in the middle of the park, providing just the kind of creative streak that had attracted the Stags to sign him in the first place.

In the dozen or so games since his return, Mansfield have remained unbeaten in League Two, losing only in an FA Cup replay at Charlton and in the Checkatrade Trophy against former club Bury.

Mellis has certainly played his part in the successful run, contributing three goals – including important and spectacular strikes against promotion rivals MK Dons and Lincoln – as well as countless telling passes that have helped put the Stags on the front foot. 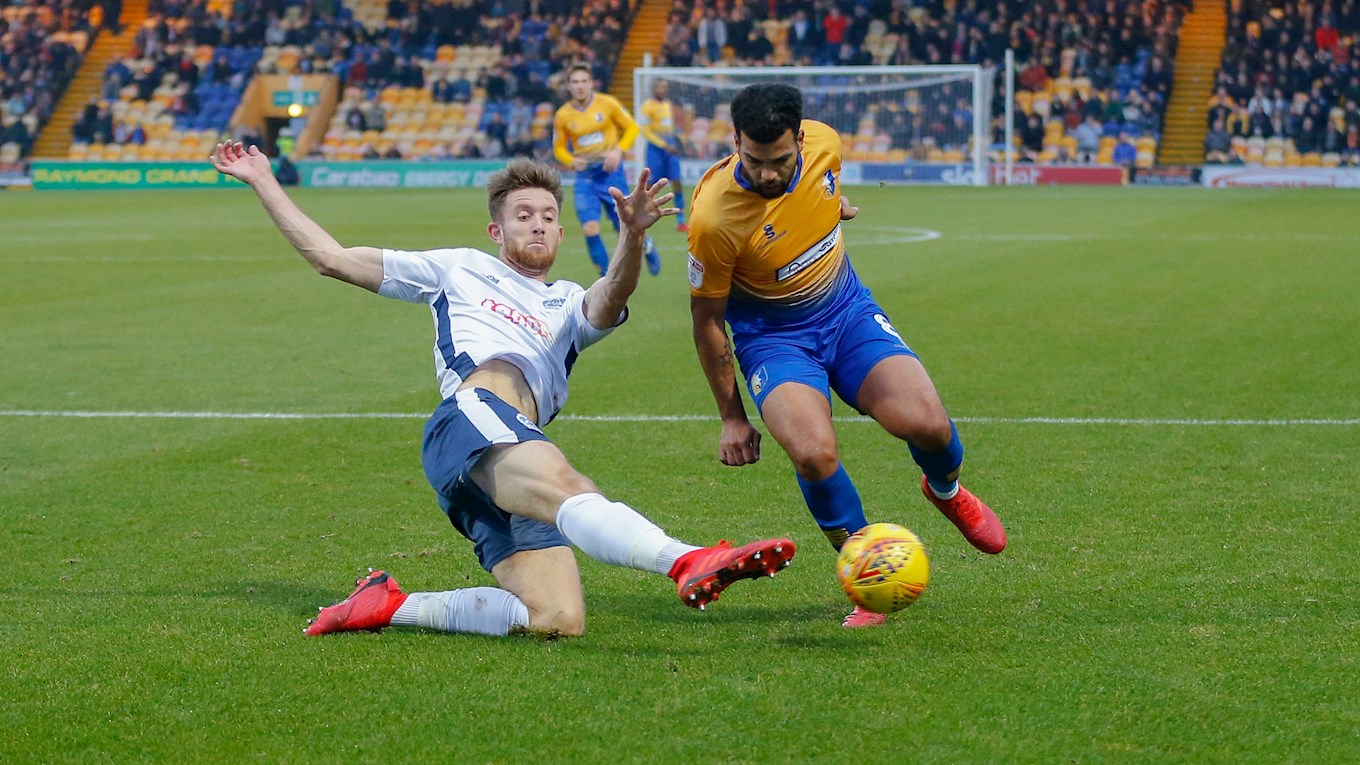 The former Chelsea trainee is delighted to have dropped into the groove so that he is now regularly producing something like his best.

“I’m very pleased with how I’m doing at the moment – it’s definitely been an improvement from me recently,” he admits. “Last season my form was patchy and I wasn’t always at my best, but this season has been a lot better of late.

“It was frustrating to have to sit out games and not be available because of the ban, but I’ve chipped in and shown what I can do for the team since coming back into the side in early October, and it’s helped that the gaffer (David Flitcroft) has given me a clear role in the side.

“We are going quite well as a team and have put ourselves into a decent position with a couple of games in hand on our rivals.

“Even when we were drawing a lot earlier in the season, I think everyone believed in the way we were trying to play and that it would come good, which it has, thanks to hours and hours working on getting things right on the training field.

“I’ve worked on getting in the box and arriving at the right time, rather than being 20 yards behind play, which is helping me to get more shots away.

“I’ve scored a few goals and got a few assists, but you can always do more, and I, along with the other players, look at the video analysis each week and work out what we can do better.” 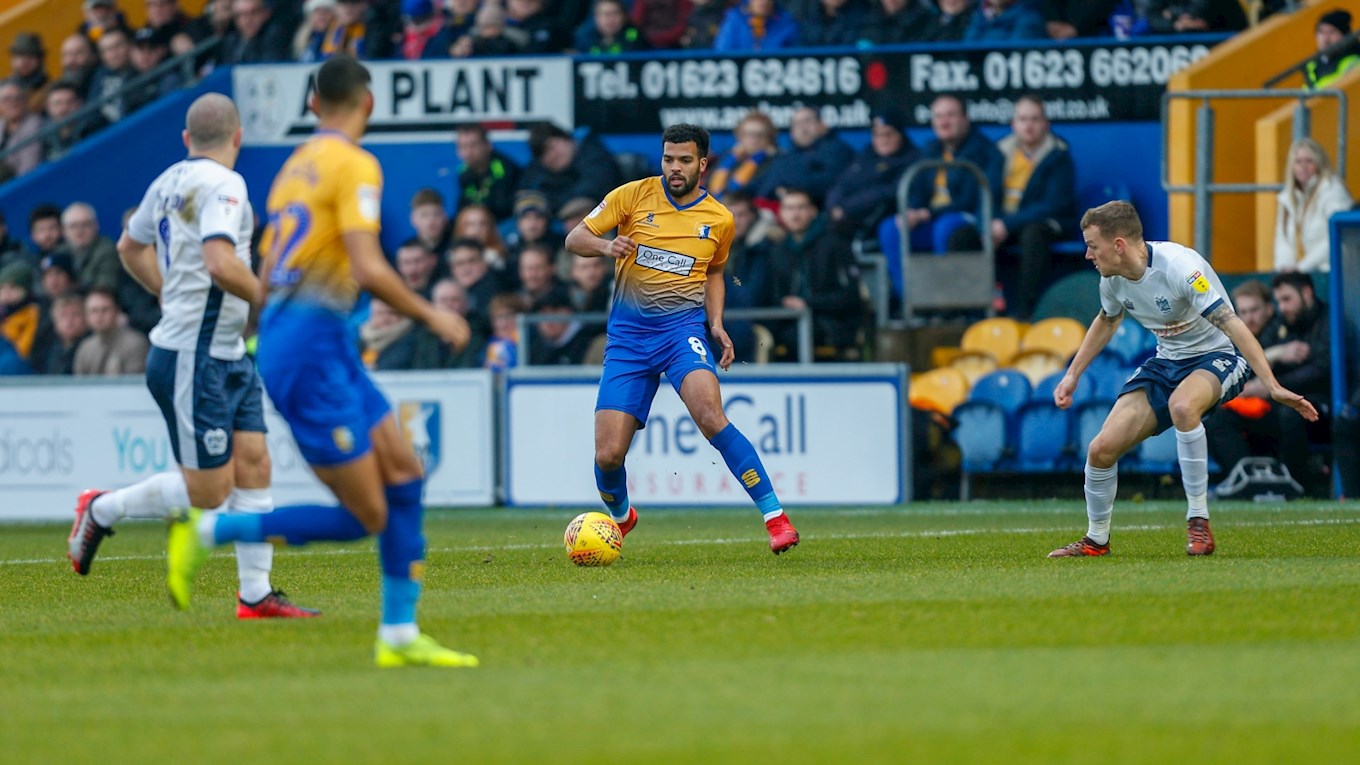 The noticeable improvement in influence from Mellis has coincided with him establishing himself as a midfield partner for the vastly-experienced Neal Bishop.

With the latter sitting that bit deeper to protect the defensive line, it has given the 27-year-old freedom to get forward and use his considerable skills on the ball.

Mellis says: “I wish I’d started playing with Bish years ago to be honest because he’s been really good for me, and he’s a great player.

“He puts in a lot of hard work that allows me to get on the ball. We have a good relationship and it works well.

“We haven’t talked about how it’s going to be, we just seem to know how each other is going to do things, and the gaffer doesn’t put any pressure on it.

“With Bish’s help, I think I’m in the best form I’ve been in at Mansfield now. I feel pretty settled and hopefully there is more to come.” 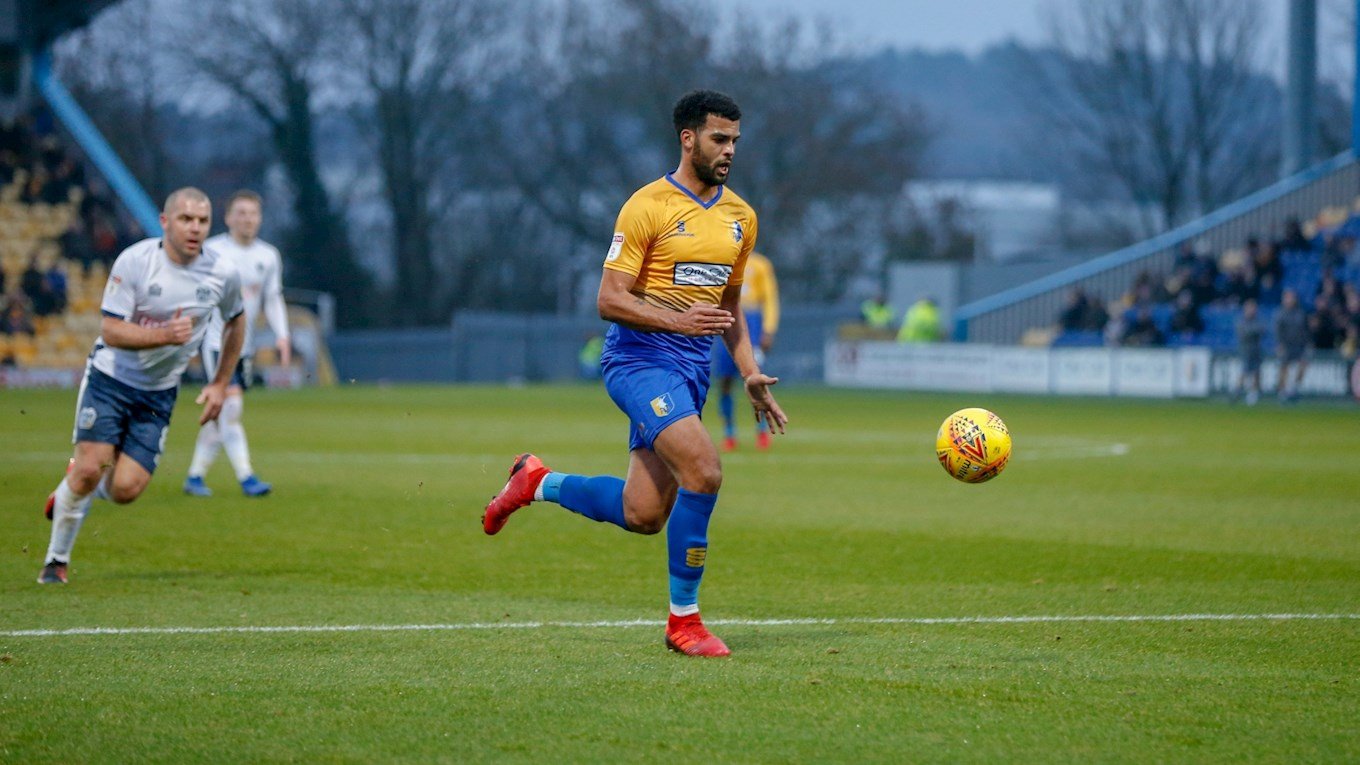 One disappointing piece of news in recent times has been that first-choice keeper Bobby Olejnik has been sidelined for the rest of the season with an anterior cruciate ligament injury.

Mellis is backing the Stags’ other shot stopper Conrad Logan – and new signing Jake Kean, who has been drafted in on a month-long deal – in the former Exeter man’s absence.

“Bobby’s been tremendous, so it’s hugely disappointing,” he admits. “He had to wait more than a year for his chance but really took it when it came, so it’s unfortunate for him.

“But Conrad has shown before Bobby came in that he is a quality keeper and more than capable of keeping a lot of clean sheets himself.

“Then there is Jake as well, who I know from when I was on loan at Oldham. Just like before, we will have two quality keepers battling it out to get in the side.” 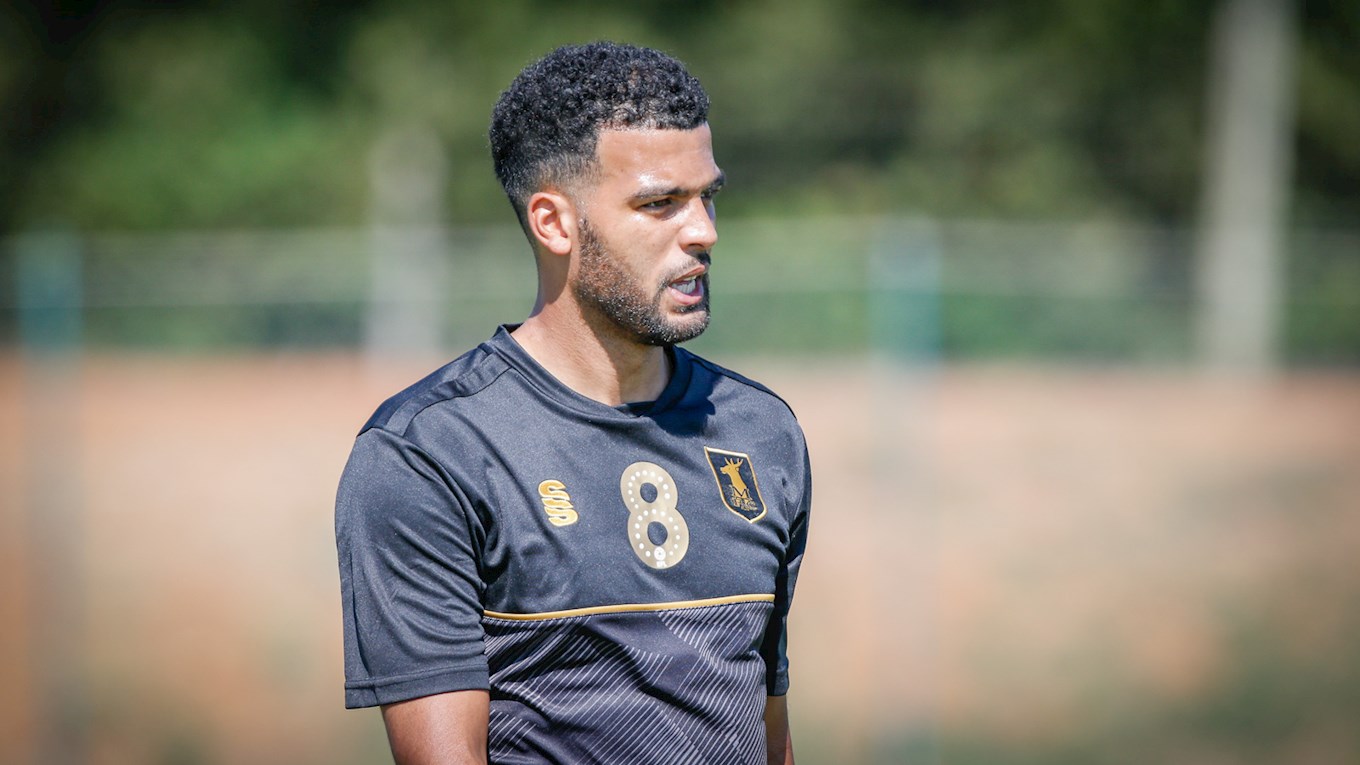 Mansfield are now in the middle of a busy Christmas and New Year period during which they will play four games in 11 days.

Mellis knows that it can be a key time to make a move – and he hopes the Stags will be able to flex their promotion-chasing muscles with a decent points haul, to add to six points already claimed against Stevenage and Bury.

He adds: “This is the time of year where you can really make an impact because you can stack up the points in quite a short space of time if results go your way.

“It’s very important that we string a few results together because we want to be up there near the top moving into the second half of the season.

“The fact we have already had so many Saturday-Tuesday weeks should stand us in good stead because we know what to expect and how to recover from that to keep ourselves as fresh as possible.”

Man of the Match: Stags 2-1 Colchester


Voting is now open for Stags' Man of the Match from this afternoon's stoppage time victory at home to Colchester United.