It’s hardly surprising that Tyler Walker has the red and white of Nottingham Forest pumping through his veins, but that doesn’t mean to say he’ll be giving anything less than 100 per cent for Mansfield Town this season.

With father Des having represented the City Ground club with distinction – making almost 350 appearances for them in all competitions during the 1980s and 90s – and the 21-year-old having been with the club since the age of eight, there has never been a question as to where his football allegiance lies.

That said, for the next nine months, Walker has just one thing on his mind – to score as many goals as possible for the Stags during a season-long loan.

The former West Bridgford School student and Clifton All Whites player now feels he is ready to make his mark on a consistent basis after showing flashes of his potential at Forest and out on loan at Burton Albion, Port Vale, Stevenage and Bolton Wanderers.

“It feels like the right stepping stone at this point in my career,” explains Walker on why he made the short move up the A60. “It’s a very important year for me; one in which I need to get a full season of playing week in, week out, and I hope I will be able to do that and get the experience I need at Mansfield.

“I spoke to the manager and his ideas about how he wants to play the game and it’s a good club which is looking at trying to finish as high as possible, which I want to help with.

“I feel like I have settled in really well by coming in early during pre-season and then getting to go to Portugal with the rest of the lads, where everyone was really good to me and I got to know them on and off the pitch.

“It is going to be a quick start to the season with plenty of games early on, but with the preparation we have put in, we feel we are ready for it and can’t wait to get going.

“My main targets are to play the full season, score as many goals as I can, with 20 goals the benchmark for a striker. If that happens, then I will be pretty satisfied with how things have gone.” 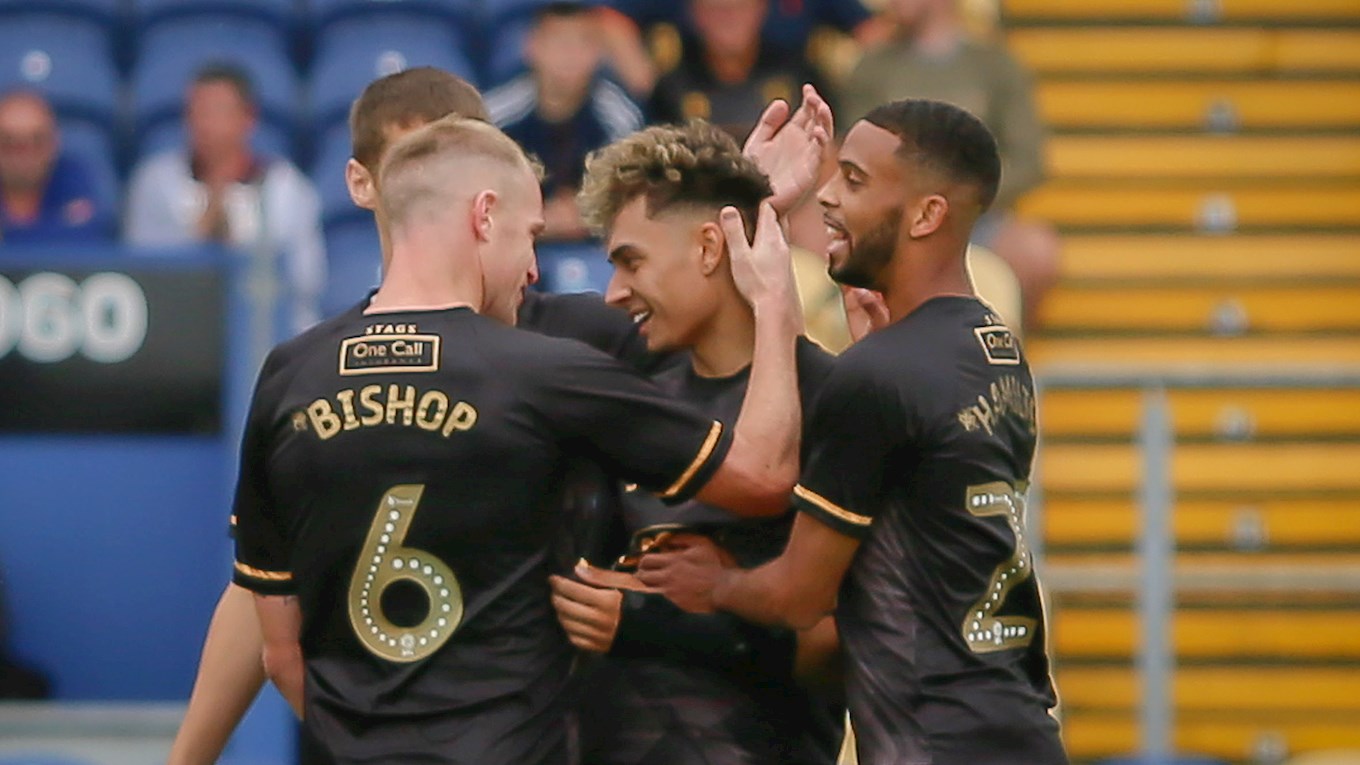 The key part of Mansfield’s pre-season – for the first-team squad at least – was the four One Call Stadium friendly fixtures against Derby County, Sheffield United, Sheffield Wednesday and Rotherham United.

Those matches saw the Stags encouragingly remain unbeaten, claiming three victories and one draw, as well as play some entertaining football.

Walker adds: “A good number of the players were here last year and the lads who have come in have to try to add to that so we can achieve our goals for the season.

“I feel like we are already playing as a team, because we needed to do that to get the results we did against those higher division clubs. We have showed our potential, what we are capable of, and hopefully we can replicate that in the league.”

But Walker is aware that winning in pre-season is one thing and securing three points in the all-important league matches is quite another. 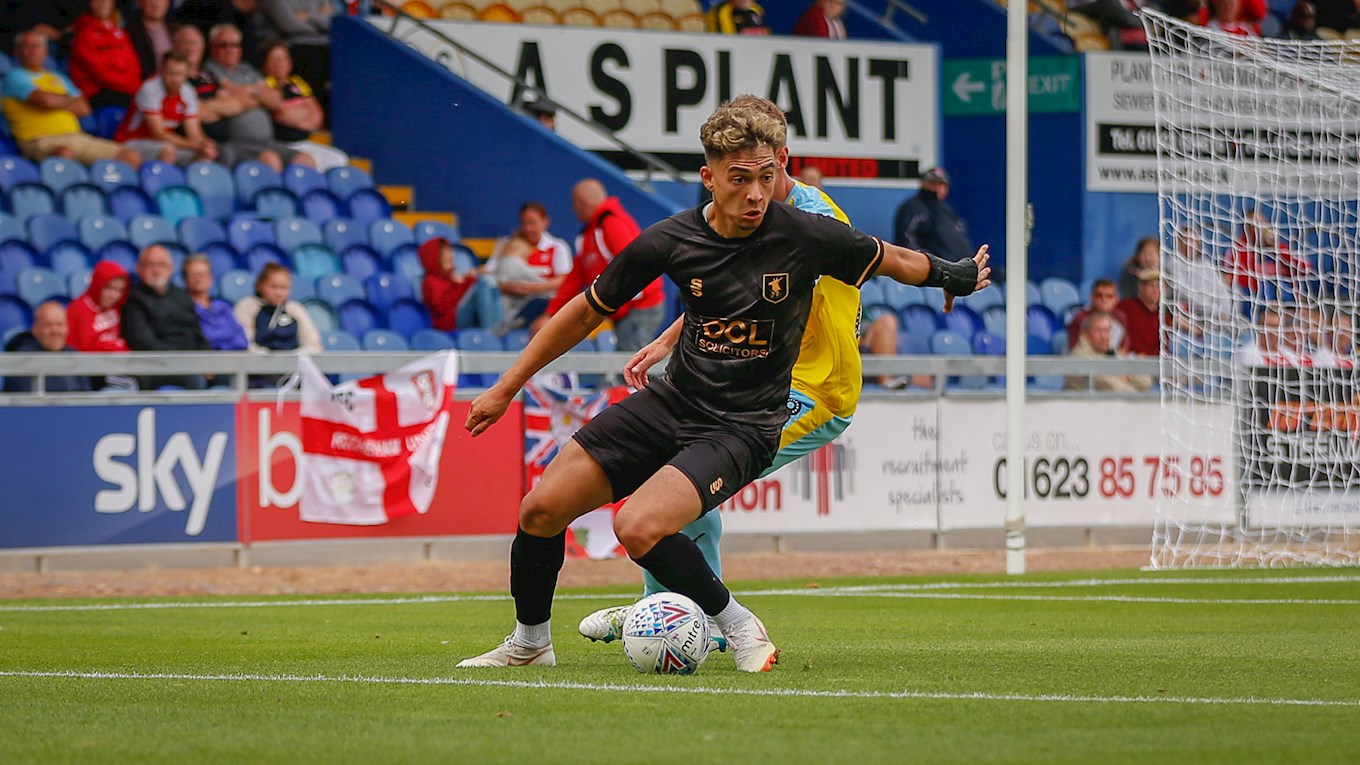 After opening the scoring in Stags’ 3-0 win over Newport and scoring the winning goal in the 2-1 success over Rotherham in pre-season, Walker has been impressed by a whole host of his new teammates since coming in.

He believes the competition for places in manager David Flitcroft’s squad will serve the Stags well as the 2018-19 season unfolds.

Walker says: “We have a lot of good players here and that is a really healthy situation. If you are not being pushed for your place, then there is a chance you can become complacent.

“But we have got a good set of players in all areas of the pitch and some good young players coming through as well to go with the experience.

“I’ve enjoyed playing with Craig Davies for the majority of pre-season. We’ve been learning each other’s strengths and how to play with each other and I’m learning from him all the time because he has been there and got the t-shirt.”

While dad Des, now a coach at Derby County’s academy, won 59 caps for England as a central defender, Walker junior insists he has always been a striker.

The England Under-20 international, who scored his first goal for Forest against Brentford as an 18-year-old during the 2014-15 season, is thankful that his old man has allowed him to forge his own path in the game.

“My dad’s just left me to it, which is what I’ve wanted him to do,” he insists. “He’s not tried to be involved too much and he’s been happy to let me do it my way.

“He does come to watch me whenever he can, but, because he has a job in football too, it can be difficult sometimes.

“When I got that goal against Brentford it was a special moment for all the family, especially given our connections to Forest, and one of the best moments of my career so far.

“But I’m hoping there are plenty more highlights to come this season and in the future as well.”