Mansfield Town will play Clipstone in a friendly later next month as part of attempts to help the NCEL Premier Division club raise funds following vandalism to the Cobras’ clubhouse.

Stags’ boss Steve Evans confirmed this morning that he will send a first team XI to the Worksop Van Hire Stadium in November. A date for the match will be confirmed in due course.

The Cobras’ clubhouse was broken into and vandalised on Saturday night, as catering equipment was wrecked and walls were soiled with sauce.

The club has since raised £1,660 out of its £2,000 target as they endeavour to restore facilities.

“After seeing what happened yesterday, I wanted to help the people at Clipstone who have worked so hard to build their club," said Stags' boss Steve Evans.

"I know their great pride for their facilities at the Worksop Van Hire Stadium and its important to the community of Mansfield that we help Clipstone in any way we can during this setback.

“These are Mansfield people who are badly affected by what took place at the weekend and I felt it only right that we help them restore their facilities as best they can." 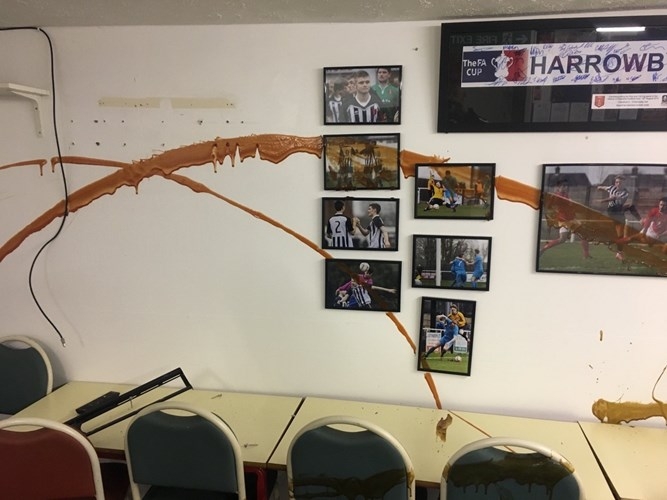 Clipstone vice-chairman Andy Sumner, who received a call from the Stags’ manager last night, said: “This was so unexpected!

“We enjoy working with Mansfield Town Football Club, supporting their youth and academy teams at our ground and for Steve to proactively call to offer support is brilliant.

“This just sums up the great work that John and Carolyn Radford [chairman and chief executive] do at the club and supporting the local community and what they believe in.

"The club did not have to do anything and we certainly didn’t expect anything.”