It's surely no coincidence that Krystian Pearce is playing some of the best football of his career at a time when he feels at his most settled.

The experienced central defender has made more than 300 senior appearances at a raft of clubs including Notts County, Port Vale, Scunthorpe, Peterborough, Huddersfield, Barnet and Torquay after coming through the ranks at Birmingham City.

But his stay at One Call Stadium is the first occasion when he has made it to three figures for one club, passing the century landmark for the Stags in their 3-1 Derby Day victory over his old club, the highflying Magpies, just over two weeks ago.

For Pearce, that accolade is one he believes underlines his growing maturity as a footballer and his sense of belonging in north Notts. No longer is he a naïve youngster learning his trade, but instead an experienced pro who is respected by both opponents and team-mates.

"I didn't even realise I'd reached 100 games for the club, but it's a big achievement for me, and I hope I can go on and play another 100 for Mansfield," insists the 27-year-old.

"I think I'm more settled here than I've been anywhere else. I'm enjoying myself here and hopefully that's reflecting in my performances. Hopefully I can kick on and keep things going – it certainly helps when you are playing more weeks than not.

"The gaffer brought in a lot of quality over the summer, and that means a lot of competition for places in the defence, which means you have to work hard and play well to keep your starting place.

"It seems to be working for me at the moment and I'm just hoping that continues between now and the end of the season, and I can help the side finish high up the table."

"I think I'm more settled here than I've been anywhere else. I'm enjoying myself here and hopefully that's reflecting in my performances."

With the arrival of David Mirfin and Zander Diamond in the summer, some Stags' supporters wondered if Pearce would end up losing out to the vastly experienced duo.

Instead, after an early season groin injury to the latter, the number five has formed a solid partnership with the man he was also paired with during his days at Scunthorpe.

Pearce said: "I think keeping Hayden White after he was on loan last season was a great signing, but Mirf has been as consistent as anyone in this first part of the season. 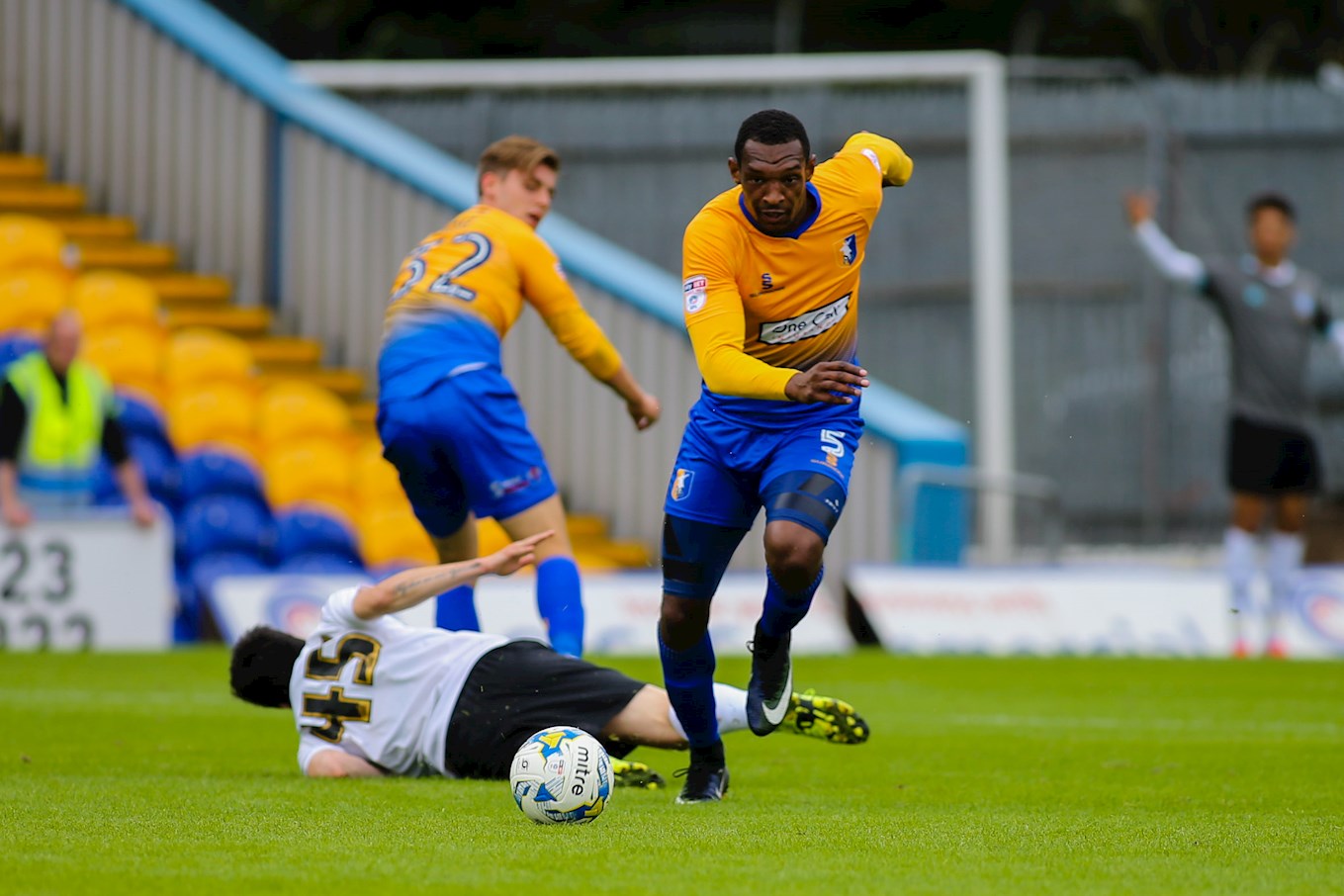 "I know him well from when we played together before, so I know what he is all about and what he can do. He does all the basics well, nothing fancy or out of the ordinary, but he is very solid in the air and uses all his experience.

"It definitely helps that I have played with him before because I know what he is going to do in situations and I know his strengths and weaknesses too, and he knows mine.

"When we were together at Scunthorpe we won promotion, so it would be fantastic if we could do it again this season."

The Stags sit 11th in the table following Saturday's defeat against Swindon Town, but speaking prior to the clash with the Robins, Pearce was adamant that leaves Mansfield in a decent position.

He said: "I think there is still plenty to come from myself and the rest of the squad, and there have been glimpses of what we are capable of. We just need to be more consistent. 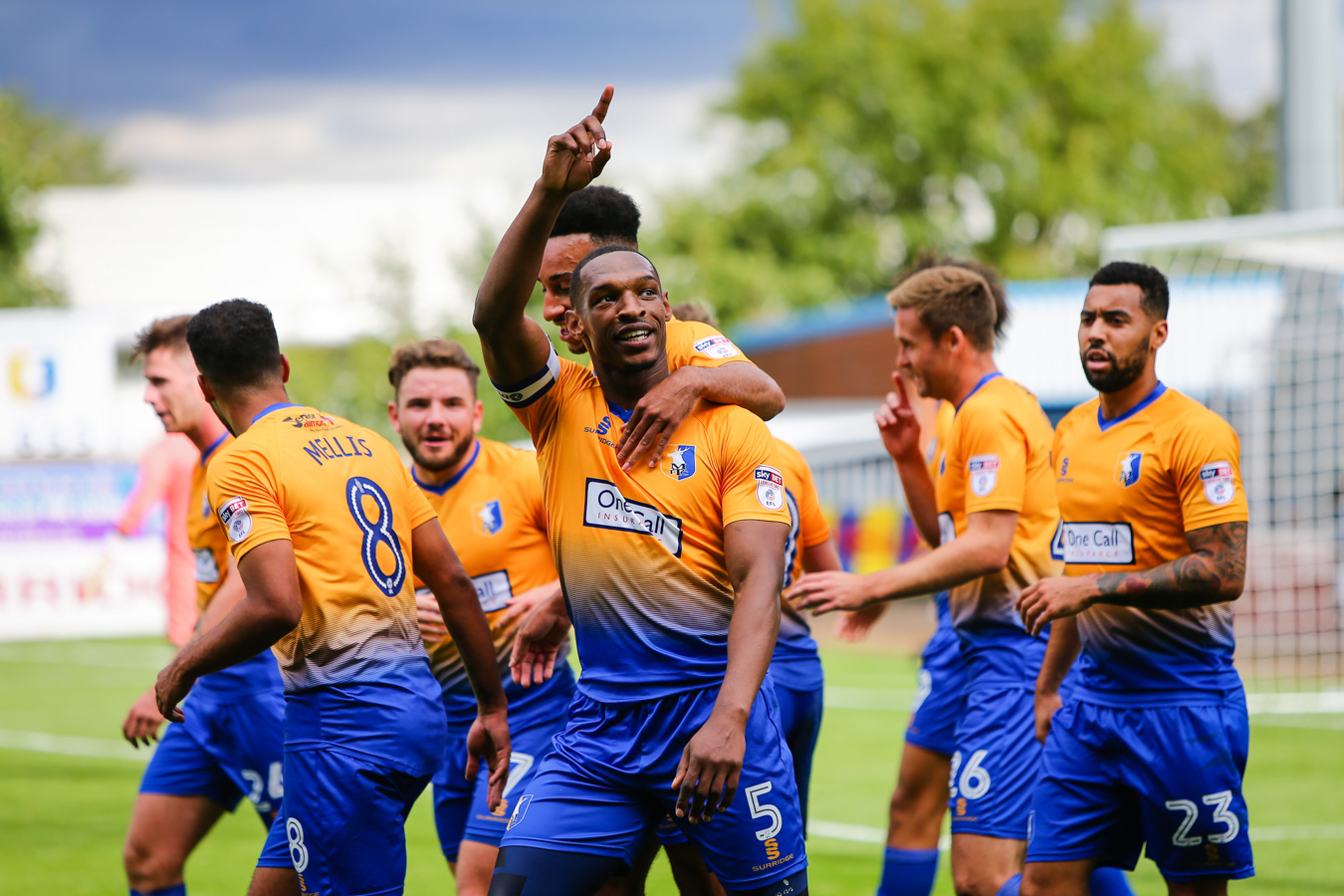 "We are a better side than we have shown so far and we have quality, which I think will come out over the course of a season. We're still only a quarter into the season and there are plenty of matches to go.

"I don't think you really get a clear idea of how the league is going to shape up until you have reached the halfway point and everyone has played everyone.

"I still think we can get promotion and that in the second half of the season you will see this side at its best when it has played together more as a team."

Like Mansfield, Swindon were one of the pre-season favourites to go up to League One, having only been relegated from that level at the end of 2016-17.

But David Flitcroft's side have not had things all their own way either, although their form has been better outside of Wiltshire than on home turf.

Pearce said: "The bottom line is that there are no easy games in League Two, as we have already discovered."