As he celebrates a year in charge of Mansfield Town, gaffer Steve Evans believes the infrastructure of the club is 'significantly better' than when he first walked through One Call Stadium's doors 12 months ago.

The gaffer has overseen 55 competitive matches since his appointment last November, attaining a 47.3 win percentage – the highest of any permanent Stags' boss since Dave Smith between 1974 and 1976.

And as he reflected on his first year in charge at this morning's news conference, the boss highlighted the improvement of the club's infrastructure since his arrival.

"I got a message from the chief exec (Carolyn Radford) and the chairman (John Radford) when I woke up this morning, so I'm very grateful for that," the Stags' chief said. 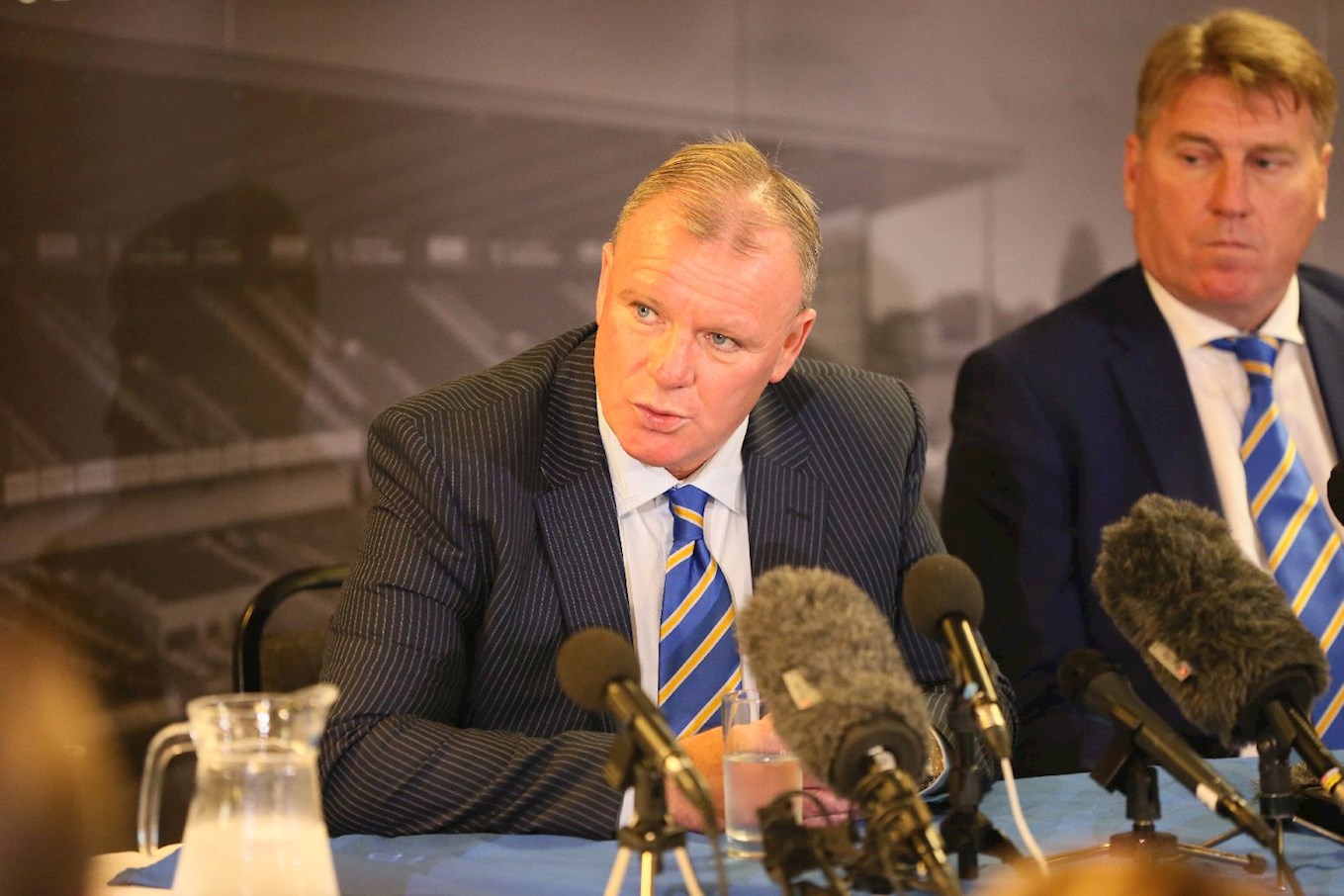 Manager Steve Evans, pictured on the day he was unveiled as the club's manager.

"The infrastructure is thanks to people like Paul and Tina Broughton (stadium and operations directors), who help on a daily basis and run the football club off the field, everything is significantly better. We're really working hard to make sure the results are significantly better because ultimately that's why we're all here.

"We said when we came in we would try our best to get near the play-offs [and] we took it to the last day. We said in the summer that it would be a bit of an inconsistency until mid-to-late January to February and then we would come through strong and that's not wrong either.

"If we're right in the whole picture of this, then we'll be challenging when it matters."

Stags' under 18s booked their place in the third round of the FA Youth Cup with an excellent 1-0 win over Rotherham United last night and the gaffer has labelled the display as 'a fantastic performance'.

"I've already sent my congratulations to all the boys, John Dempster (academy manager) and the staff. I think it was a fantastic performance. [It was] 'backs to the wall' in the second half; I watched a good extended highlights of it, but congratulations to every one of them.

"[They will face] Crystal Palace in the next round and I'm sure we all look forward to watching the boys against Premier League opposition.

"We need youth players coming through into the first team, that's why these youth fixtures are put in place. We just want to make sure that we get players through; it doesn't matter whether you're 17 or 37 or 27 if you're good enough to play. If they're good enough, they'll find a pathway through to the first team."

"It's an opportunity for us to get three more points and push ourselves a little bit closer to that top group."

Focussing on the immediate future, the former Leeds United manager is preparing his squad for Saturday's visit of Stevenage and he is expecting a physical test for his charges.

"They should've beaten Notts County. They went in front and missed a couple of good chances to go and put it away. They're well organised, they're big, they're strong, they're physical. We know what we'll get.

"We'll make some changes to make sure we're right for that game and it'll be a stern test. On the back of the performance against Coventry, if I get the same type of performance, I'll take the result that comes. It's an opportunity for us to get three more points and push ourselves a little bit closer to that top group.

The manager hopes to have defender David Mirfin and striker Lee Angol back in training today after their respective injury lay-offs, but stressed the importance of not rushing them back into first team action.

"Whether we deduce that they're ready to start for us on Saturday, we'll have a look at them. I've taken different views on players; Joel Byrom trained for about five minutes and then played against Notts County because we were desperate to get him back in the team.

"David Mirfin and Lee Angol are two big players for us, but we do have lots of games ahead, it's not just about Stevenage on Saturday. We'll take a professional opinion from the medical department, without them we wouldn't play them anyway."

Supporters will be able to view the manager's full news conference on iFollow Stags later today.