Young Stags' fan Jake Martin has spoken of his pride after his kit design was chosen for the club's new home shirt.

We revealed our brand new home shirt for the 2017/18 season yesterday, which has been met with high praise from the club's supporters.

Artwork by 11-year-old Jake Martin was chosen by the club's board of directors, after submissions from supporters.

Jake, who visited One Call Stadium last week for a sneak preview of our new jersey said: "It looks great in real life and it's really comfy so I think all the fans and players will like it.

"I'm excited and I can't wait to see what happens [next season]. I hope we can get promoted this season.

"It feels very good [to have my design chosen] and I'm really excited to see what it brings to the team."

The local youngster penned his design whilst he spent a day with our Football in the Community department last season and Jake explained his thinking when putting pencil to paper.

"We were in Football in the Community one day and they gave us some pieces of paper with [an outline of] a kit on and we designed the kit and they told us all about the prizes and stuff we'd get.

"So I thought 'I should really try my best on this and see what I can do and just hope for the best – and I won! I'm really, really excited for it.

"They gave out a few pictures of some kits – the different styles and stuff – and I took one idea of a gradient from top to bottom so I thought that would be the best idea and I just tweaked it a bit. I just thought of the rest and just drew it."

Jake is now the envy of his friends after winning the competition and he believes initiatives like this contribute to the development of the club.

"It's a bit of bragging rights really! They said 'I wish I could have done that!' There were really jealous of it, so it was a great feeling really.

"I've got quite a few friends who are fans and they think it's quite good here. They think we're going to get promoted and we've got a good team so far.

"I think it was a really good idea to give the fans the opportunity to get involved with the club and stuff. It's a great idea.

"It's really good and it's developing as we sign players and come up with new ideas to make it a better club."

In reward for winning the design, the club has given Jake: 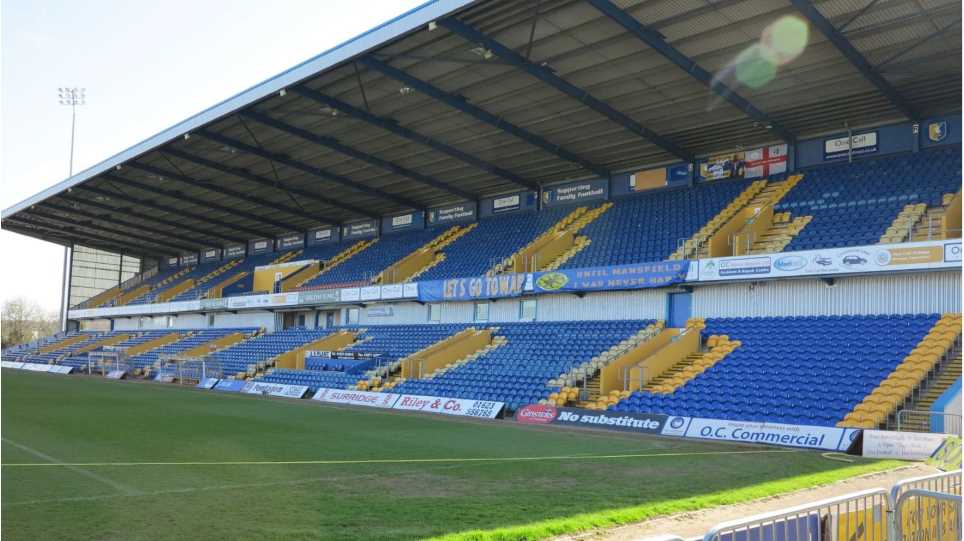 
Our Sky Bet League Two fixture at home to Accrington Stanley has been moved back 24 hours to Friday 30 March (3.00pm kick-off).