Mansfield Town head into this Saturday's home match against Yeovil Town knowing that a victory could propel them back into the Sky Bet League Two top seven, but boss Steve Evans insists his players must up the ante after their unbeaten run came to an end away to Crawley Town last week.

We face the Glovers in the first of back-to-back home games on Saturday and will be looking to return to winning ways after last week's 2-0 defeat to Crawley – a first loss in 12 games.

And the gaffer is now targeting another stretch without defeat after our 12-match unbeaten run came to an end last week, and he believes a further positive run of results will see the Stags break into the Sky Bet League Two top three.

"I think what should not be forgotten is in the team meeting we had when we came back in on Tuesday, the boys knew [they didn't perform at Crawley]," the Stags' chief said.

"I didn't need to be a schoolteacher in front of them, it was more of 'why do we deliver this type of performance on an occasional basis?'

"We also reminded them of the positives; we were 12 matches unbeaten, if we're another 12 unbeaten, we'll be in the top three when that 12 matches comes to an end. 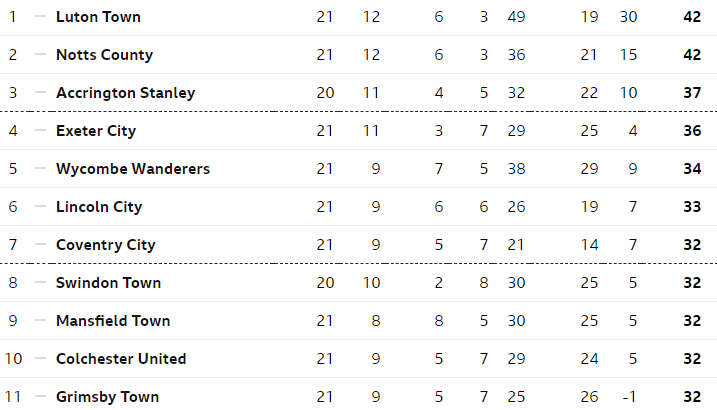 Stags are one of five teams on 32 points in the race for the top seven.

Midfielder Joel Byrom will certainly be absent from the Stags' squad on Saturday with a groin issue, however the gaffer is 'hopeful' that striker Kane Hemmings will be fit to play a part.

"We're still hopeful that Kane will be out there with us. It's a very minor thing, it's a few strained fibres in a calf muscle and when you get to the very top of the level of sprinting, that's when it gets tested and if there's any little feeling of doubt in there, then we take him out.

"We also reminded them of the positives; we were 12 matches unbeaten, if we're another 12 unbeaten, we'll be in the top three when that 12 matches comes to an end."

Despite facing a Yeovil side who currently occupy 20th spot in League Two, the manager believes the Glovers' squad is underperforming, such is the quality in their ranks.

"Without a shadow of a doubt, when you look at the squad that Darren Way's assembled there and break it down, they're underperforming.

"I know one thing, the manager's not underperforming. He'll be turning up at seven in the morning and he'll be doing the same things when they win and when they don't.

"Port Vale obviously lost a man or two in mid-week but 11 v 11, they (Yeovil) were very dominant. It put me very much in the mind of when we played Gusieley. They went down to nine men and people hid behind that, but 11 v 11 the result would've been the same, if not more emphatic.

"They're a good side, they're well organised, if people look at their results, there's a lot by the odd goal – I would take an odd-goal victory now."

Have you purchased your ticket for Saturday's match yet? Head to www.stagstickets.co.uk to purchase yours.