Having tasted success at U18 level in the past two seasons, it’s fair to say that the Mansfield Town academy is one to be proud of.

And now our U12 team is picking up the mantle after putting in a fine display at the Southampton International Cup.

Although the fledgling Stags didn’t win the tournament, they certainly left a lasting impression on the other teams at the competition by reaching the semi-final – beating Premier League sides West Ham United and Southampton in the process.

Nathan Cantrill, Mansfield’s U12 coach, heaped praise on his young players, who represented the club with exemplary professionalism both on and off the pitch. 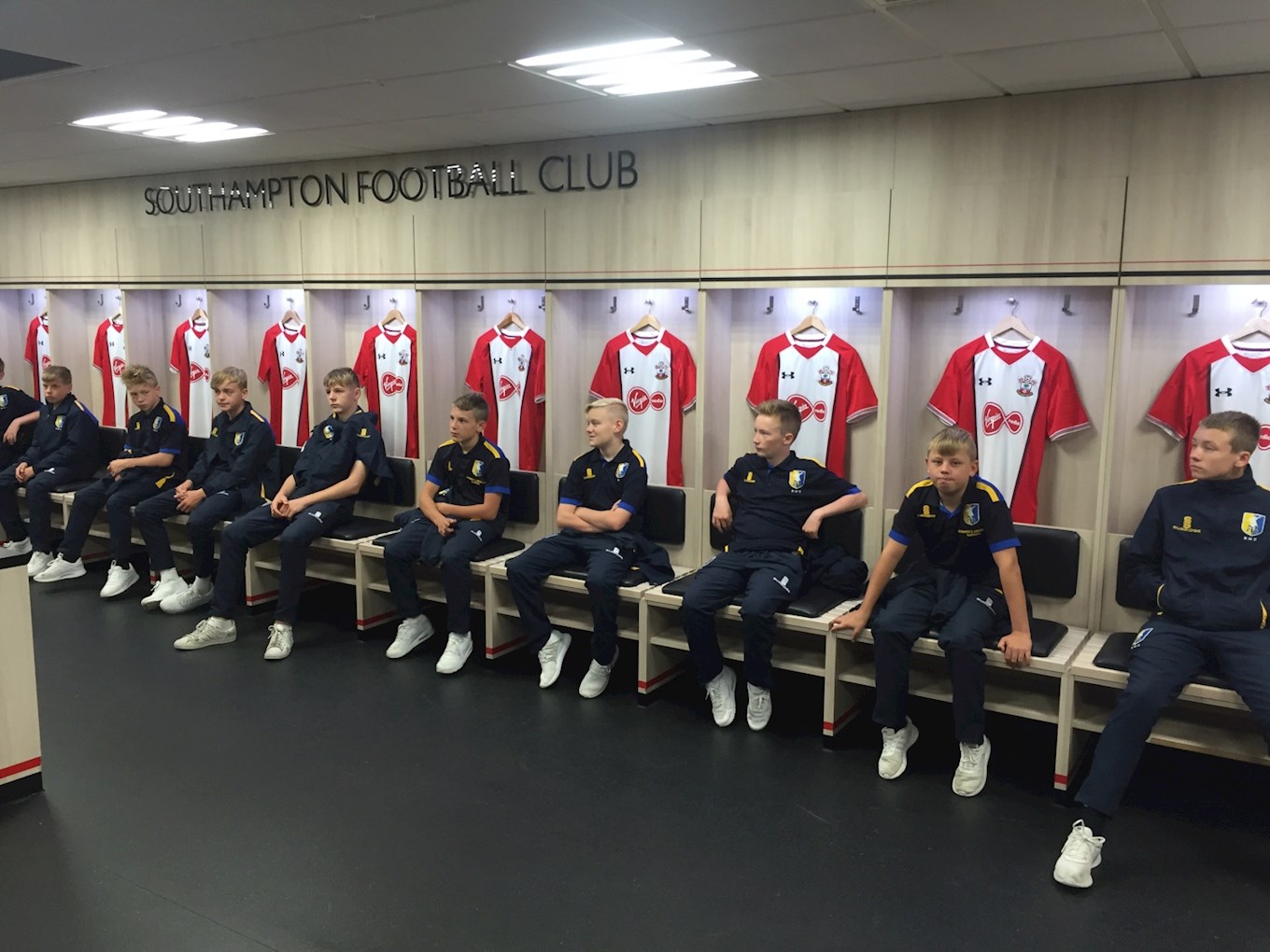 “The players have been absolutely fantastic,” stated Cantrill. “Even in the first game where we lost [2-0 against Danish side Nordsjaelland on Sunday], we had lots of chances in the first half and we were punished for missing them.

“But across the tournament, more than anything, they’ve given their heart to the badge, not stopped working and fought for every challenge.

“We looked at the fixtures and thought that Nordsjaelland was probably the easier game and, after that, though we might be up against it, but we put in an excellent performance in our second game and beat West Ham 5-3 [on Monday].

“Even when the chips were down against West Ham; we were 4-0 up and they pulled it back to 4-3 and had a great chance, but we managed to save it, clear it and went up the other end and finished the game off. They’ve very much given a never say die attitude this week.”

Also taking part in the first ever Southampton International Cup were Chelsea, Deportivo La Caruna and FC Porto, while invitations were sent to teams from countries as far as Brazil and Kenya.

Mansfield went up against the hosts in their final group encounter on Tuesday knowing that a win would put them through to the semi-final, and Cantrill believes that the team got the result their performance merited.

“The game against Southampton was very much a winner takes all game for a place in the semi-final,” continued the coach.

“It was very, very tight – 0-0 until the last 10 minutes and Charlie Strouther scored twice for us. That was great; there was a lot of celebrations from us that night – we took the boys to Laser Quest that night.”

It has been a terrific experience for the players, who were paraded around St Mary’s Stadium ahead of Southampton’s pre-season friendly with Sevilla on Saturday.

The young stars have also enjoyed excellent hospitality while on the south coast, something Cantrill feels could be extremely beneficial in the long run. 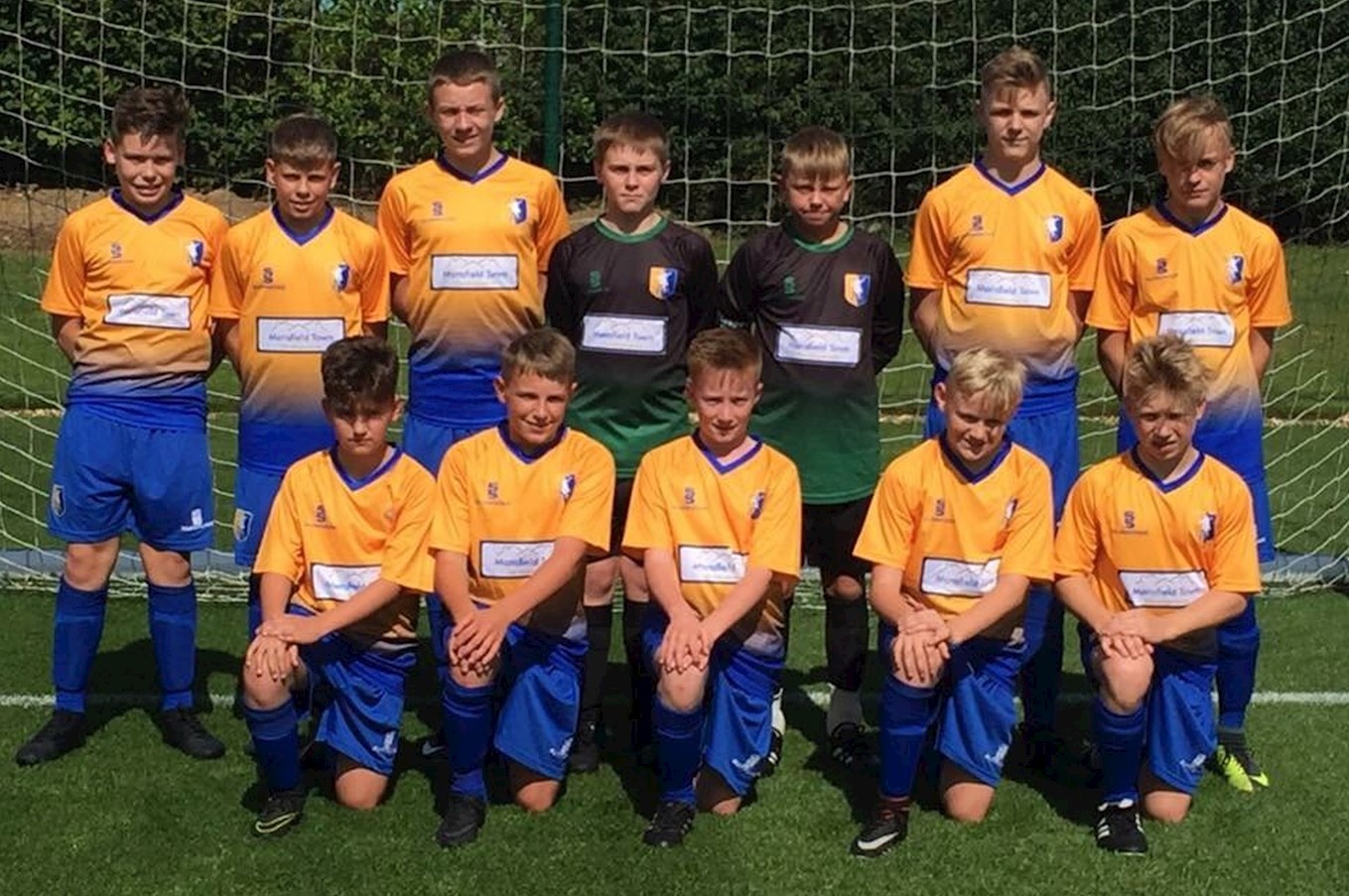 “That’s been the best thing this week because they’ve lived the life of a professional footballer,” said Cantrill. “They played regular games, had training sessions in the day and even had meetings in the boardroom at the hotel.

On Wednesday, Bournemouth stood in the way of Mansfield and a place in Saturday’s showpiece final, but, unfortunately it proved to be one step too far for the young Stags.

After trailing 1-0, Cantrill’s side grabbed a deserved equaliser only to suffer the agonising heartbreak of a penalty shoot-out defeat.

“They far exceeded expectations,” stated Cantrill. “You set your target before the tournament, and ours was: can we scrape through the group and get into the semi-finals?

“We more than scraped through and we thoroughly deserved our place in the semi-final and, for me, I think Bournemouth are the strongest side there – they’ve travelled 45 minutes, so they’re not too far away and travelling here each day. 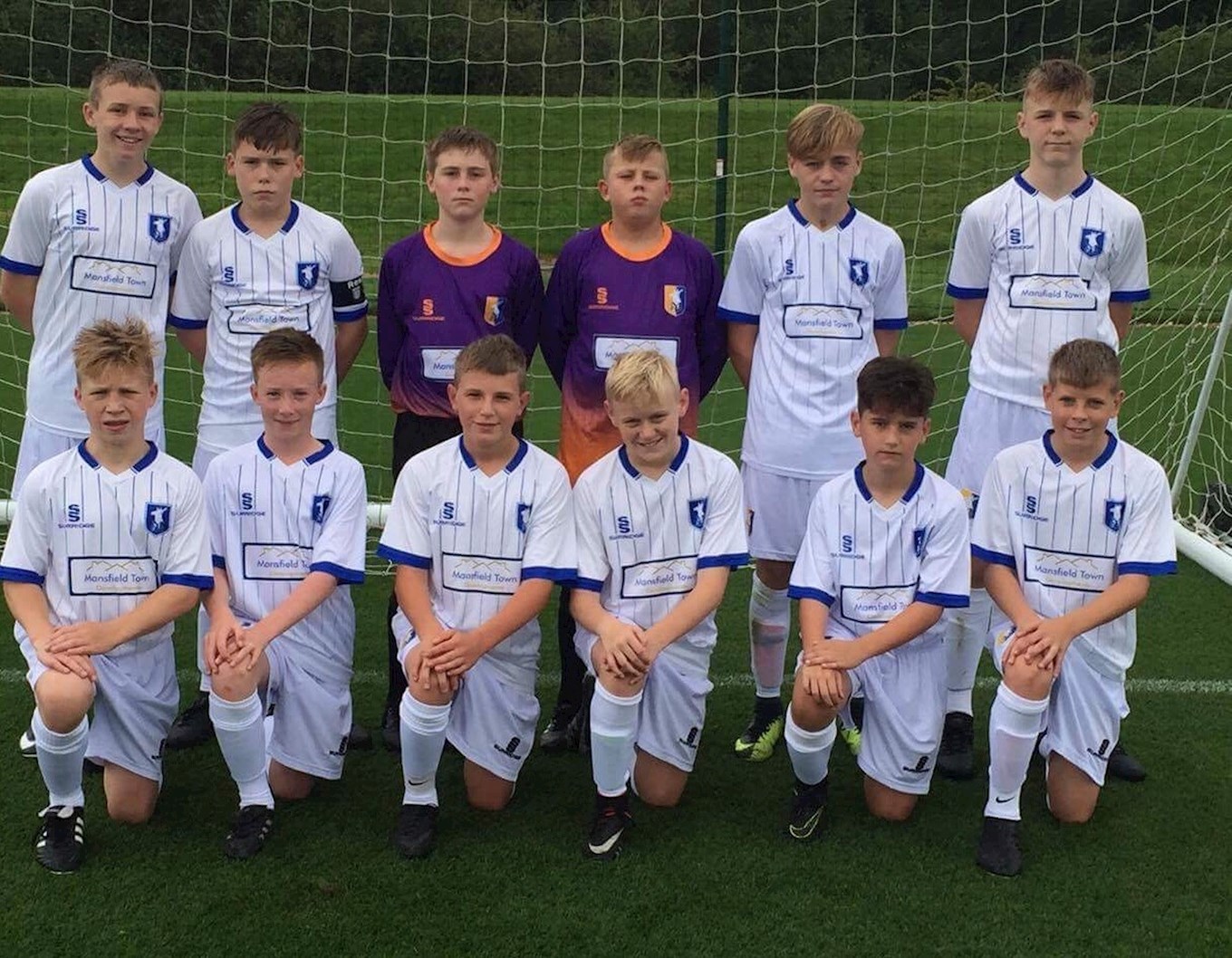 “The Southampton academy manager came up to me today and said that we’re the only team that have actually given Bournemouth a game.

“We made a lot of friends because, again, the Southampton academy manager and their staff have been sending us emails saying that the boys have been the most professional and the most polite that they’ve met.

“They even went as far as cheering us on at the semi-final, so the lads have conducted themselves very well at the tournament this week.”

The future is very bright for Mansfield Town – at all levels of the academy – and Cantrill is confident that the club can continue to develop high quality players that can potentially push for a first team place.

“We’ve got a very special group of players,” insisted Cantrill. “I can say that every age group we’ve got at Mansfield Town has some very exciting local talent and I’d love to see some of the other age groups come and test themselves at a competition.

“I know, having seen most age groups train and play, that we’re ready to compete.” 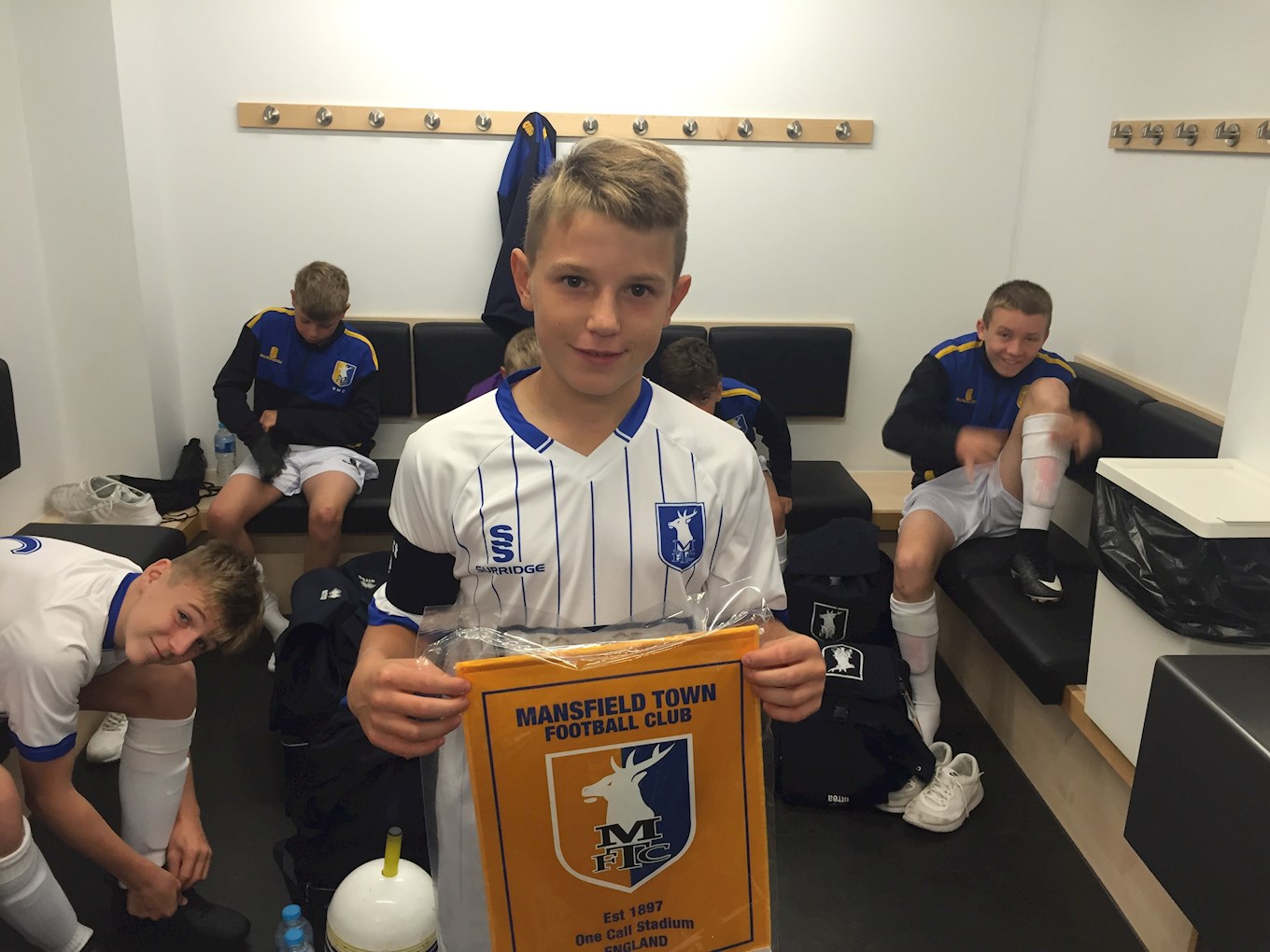