Nine first team players, battling for a start in the senior side, have been named in today's line up as our reserves play away to Burton Albion today.

Boss Adam Murray has named a strong starting XI this afternoon in Staffordshire, but has not put himself in the squad, despite hinting that he may 'have a run out' in his post-match interview on Saturday.

The match, at St George's Park, will kick-off at 2pm.

Boss: Stevenage test will be greater than last season


Mansfield Town manager Nigel Clough says Stevenage will be a ‘completely different proposition’ to the side which Stags faced last season.

Player of the Month: November


Voting is now open for Stags' Player of the Month for November 2022.

Akins wins Man of the Match vote from Colchester win


Forward Lucas Akins has been voted as Stags' Man of the Match from Saturday's dramatic 2-1 win against Colchester United at One Call Stadium. 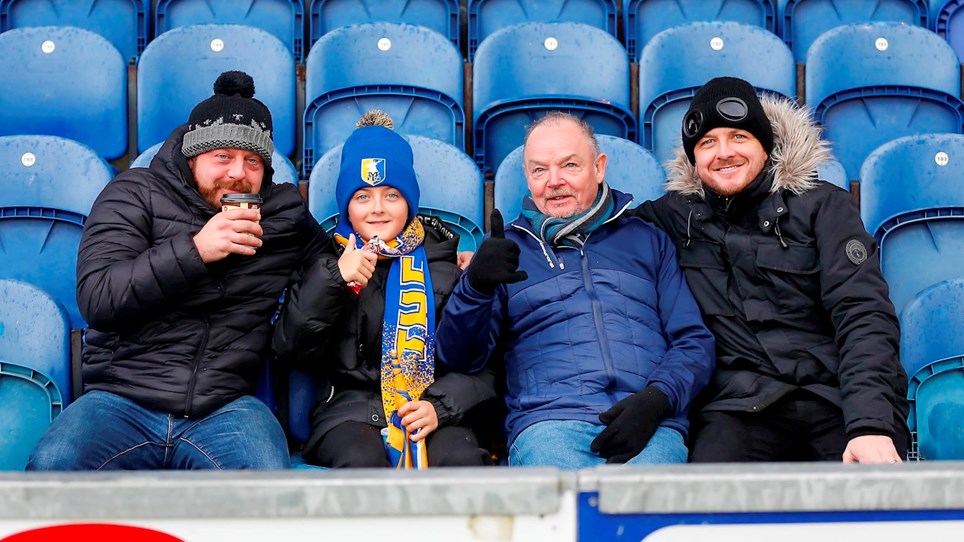 
See if you are included in our fan gallery from Saturday's hard-earned victory at home to Colchester...