An Evening with Brian Jensen takes place tonight at 7.30pm in the Sandy Pate Sports Bar.

It will be the final 'An Evening with' event of the calendar year and the series will return on 11 January 2016.
With over 400 career appearances, Jensen will take part in a Q&A with our host, Mark Stevenson, before answering questions from the audience and going head-to-head with a selected fan in a general knowledge quiz.
The Copenhagen-born ‘keeper started his career with Boldklubben af 1893 of the Danish second division before earning a move to Dutch side AZ Alkmaar at 24 years of age.
After struggling to nail down a place in the side, Jensen began training with then English Division One outfit West Bromwich Albion whilst waiting for his contract to run out in Holland.
It was at the Baggies where he was given his nickname of ‘The Beast’. West Brom’s first-choice ‘keeper Chris Adamson was asked to comment on Jensen whilst giving an interview to the local press and he merely replied he was “nothing but a beast.”
Jensen played 50 times for the West Midlands’ side between 2000 and 2003 before making the switch to Burnley, where he made himself a household name. ‘The Beast’ made over 300 appearances for the Clarets in a ten-year spell at Turf Moor – but it wasn’t all plain sailing. He was dropped on numerous occasions and was even placed on the transfer list after falling out with manager Steve Cotterill.
However, the giant stopper ultimately regained his place and became a lynchpin in the Burnley side which won promotion to English football’s top division.
The 40-year-old was named as Man of the Match for his outstanding display in Burnley’s 1-0 win over Manchester United at Old Trafford in 2008, which included a penalty save from Michael Carrick.
Jensen departed the club in 2013 and joined Bury on a short-term contract as goalkeeper/ coach. He went on to extend his contract with the club in January and was named as Bury’s player of the season by both fans of the club and the local newspaper.
Despite this, he was released and joined Crawley Town prior to the 2014/15 season and went on to make over 20 appearances in a season which ended in relegation for the Reds.
Jensen left the club at the end of his contract to link up with Adam Murray’s Stags and although starting the season as second choice behind Scott Shearer, he has quickly made the number one shirt his own after Shearer succumbed to an ankle infection after making just two appearances in August.
The Danish ‘keeper has put in a string of fine performances this season behind a back four which has kept eight clean sheets this campaign.
Complementary mince pies and mulled wine will be served at the half-time interval due to the closure of the Sandy Pate Sports Bar's kitchen for refurbishment.
Entry to the event is FREE and the bar is located behind the Ian Greaves Stand with plenty of free parking.

All your Mansfield Town predictions in one place – Enter now!

Sponsor a Stag for the season


Sponsor a Stag for the season and receive a range of benefits alongside supporting your favourite player for the 2021/22 campaign. 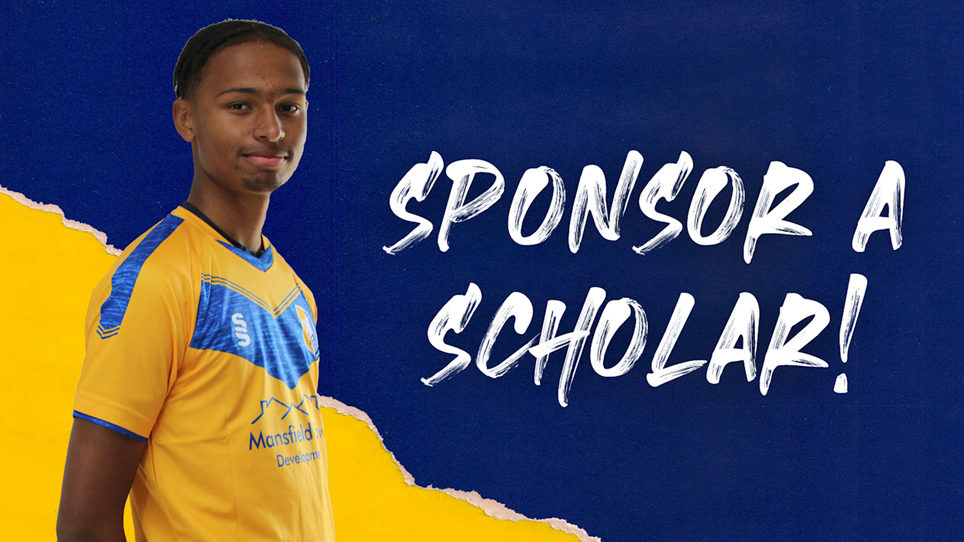 
This season, the Stags are offering a new sponsorship package for our under-18 players.