Our side face York City at Bootham Crescent on Saturday (3.00pm).

TEAM NEWS:
Our side have no fresh injury worries ahead of Saturday’s match.
However, burly frontman Matt Rhead will miss the match through suspension, following his red card in our 1-1 draw at Newport County last weekend.
The Minstermen are likely to hand debuts to Josh Carson and Elliott Whitehouse, both of whom have joined the club today.
RECENT FORM:
Our side go into Saturday’s match at Bootham Crescent in a mid-table position, having recorded nine points from their first six matches.
We are also unbeaten in five matches, having not lost since our 2-0 defeat at Tranmere Rovers in the First Round of the Capital One Cup, which was over a month ago.
By contrast, The Minstermen, are currently languishing near the foot of the Sky Bet League Two table, and were beaten on home soil by AFC Wimbledon last weekend.
Nigel Worthington’s side have only won once this term, which was on the opening day of the campaign against fellow strugglers Northampton Town.
PREVIOUS MEETINGS:
Bootham Crescent has been something of a bogey ground for The Stags in recent years, as we have failed to win there on our last seven visits.
The last time we returned from North Yorkshire with maximum points was on Valentines Day 2004, when goals by Liam Lawrence and Richard Pacquette earned us a 2-1 win.
Our current first team coach Richard Cooper featured for The Minstermen that day.
We last locked horns with The Minstermen, however, in that ill-fated 1-0 defeat at a sell-out One Call Stadium in the Conference Premier Play-Off Semi-Final in May 2012.
TICKETS:
This is an ALL-TICKET match for our supporters.
There will be no sales on the day at Bootham Crescent and supporters who aren’t in possession of a match ticket are advised not to travel.
However, tickets can still be purchased from our ticket office at One Call Stadium until 3.00pm tomorrow.
Prices are as follows:
Terrace (Uncovered):
£17 – Adult
£11 – Over 65s/Under 16s/Students (with valid ID)
FREE for U5s
Seating (Covered):
£18 – Adult
£12 – Over 65s/Under 16s/Students (with valid ID)
FREE for U5s
COMMENTARY:
Supporters can listen to full-match commentary on Stags Player (online) and Mansfield 103.2 (radio only), which starts at 2.55pm.
To subscribe to Stags Player, click here.


The Stags face Northampton Town tomorrow evening (Wednesday) in the second leg of the club’s play-off semi-final at Sixfields (7.45pm kick-off). Here’s all you need to know… 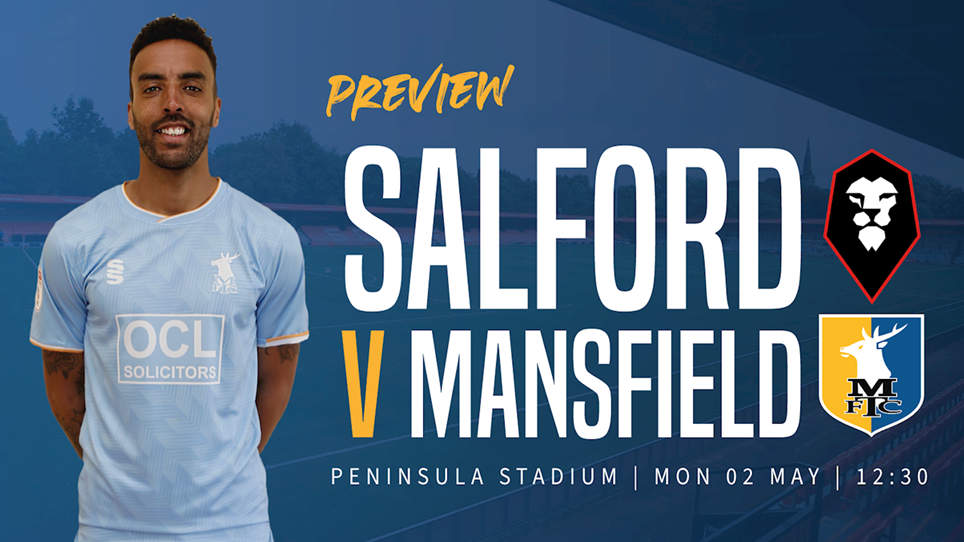