Skip to main content Skip to site footer
Winger Louis Briscoe is pleased with the work ethic that we showed in our win over Cambridge United at One Call Stadium earlier today.
The 24-year-old produced an outstanding display on the right flank, as we recorded our third successive home victory against a determined U’s side.
He said: “The work ethic pleased me. Everyone work hard today and the pressure was on us to put things right [after Tuesday’s defeat at Newport] and we have.
“The goals we scored and the work-rate we showed was good. I think the difference was that we were more clinical and did more when in possession.
“If we carry our form into the next 17 games, we’ve a good chance of the title, let alone the play-offs.”
Meanwhile, midfielder Anthony Howell, who scooped the ‘Man of the Match’ award, was also delighted with the three points.
He said: “It was a great three points today. I thought we were comfortable as a team to go and win the game, after we got the second.”
In regards to his ‘Man of the Match’ award, Howell added: “It’s always nice to be recognised for what I do on the pitch. The win was for the fans as much as us.”
Our next game is against Hyde at Ewen Fields on Tuesday (kick-off 7.45pm).


Midfielder Ryan Stirk has been named Man-of-the-Match from Saturday's fine 2-1 victory away at Crawley Town.


Are you featured in our fan gallery from Saturday's excellent 2-1 victory away at Crawley Town? 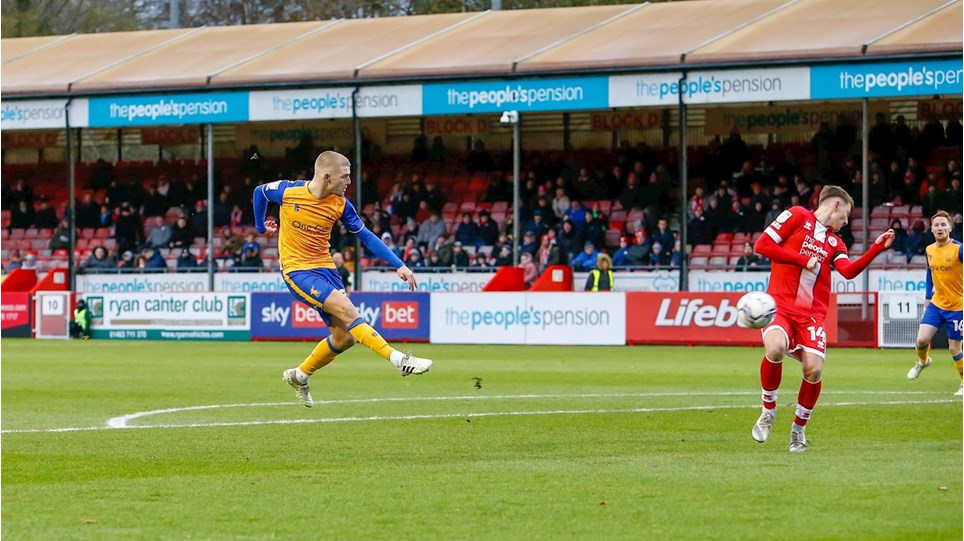 
View our match gallery from Saturday 27 November's well-fought 2-1 victory away at Crawley Town. 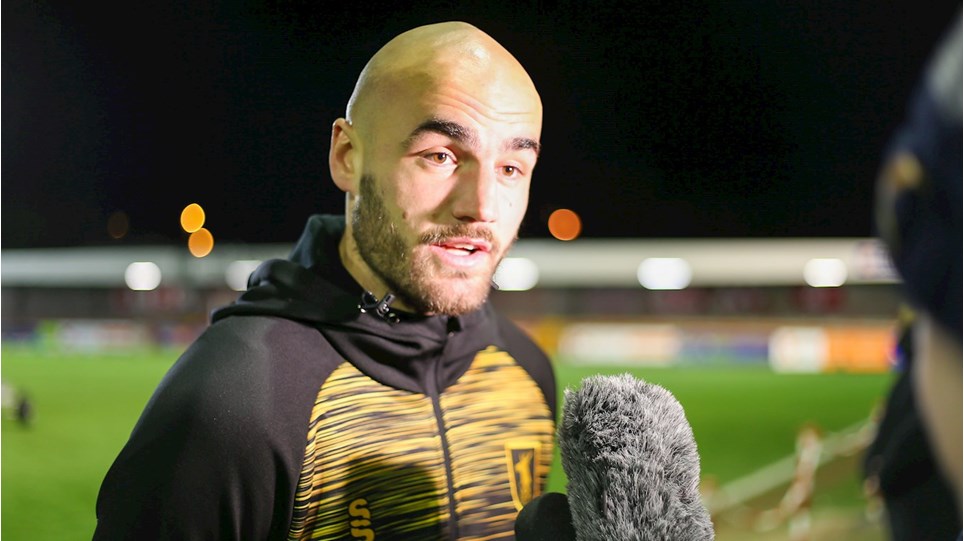