Skip to main content Skip to site footer
Supporters who purchase a ticket for our home matches against Lincoln City and Alfreton Town will be given ‘second priority’ to buy tickets against Liverpool in the Third Round of the FA Cup, should we overcome Lincoln in next week’s replay.
The third round tie would be an all ticket affair, with allocated seating.
In the event of a win against the Imps next Wednesday, Season Ticket holders will be given first priority to buy tickets from Friday 14 December at 10am until Sunday 16 December (10am-3pm).  Season ticket holders would be entitled to one ticket per season ticket card.
Supporters who purchase a ticket for both home matches against Lincoln next week and Alfreton on Boxing Day would be given second priority to buy tickets for the third round, from 10am on Monday 17 December through to 5pm on Wednesday 19 December.
Tickets for Lincoln City will go on general sale this Friday while fans can purchase Alfreton tickets from here on in.
Supporters should keep both match tickets for the above games and produce them at the ticket office to claim a Liverpool ticket.  Any remaining tickets will then go on general sale from Thursday 20 December at 10am from the Stags’ ticket office.
Prices for the third round would be announced on Thursday 13 December.
The Football Association have confirmed that the winners of Mansfield and Lincoln will play Liverpool on Sunday 06 January 2013 (4pm) and will be shown live on ESPN.

Tickets for Stevenage trip on sale


Tickets for our trip to Stevenage in Sky Bet League Two on Saturday 13 November (3pm) are now on sale.

Tickets on sale for Newcastle U21 fixture


Tickets are now on sale for our Papa John's Trophy fixture against Newcastle U21 on Tuesday 09 November (7:45pm). 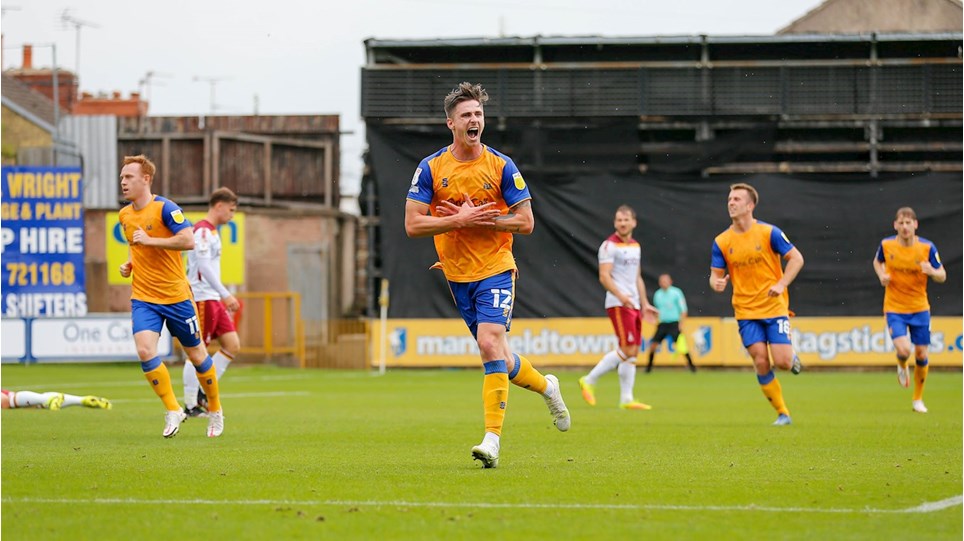 
Tickets are now on sale for our home match against Port Vale on Tuesday 19 October (7:45pm kick-off).

Tickets for Tranmere (H) on sale


Tickets for our Sky Bet League Two match at home to Tranmere Rovers on Saturday 30 October (3pm) are now on sale.