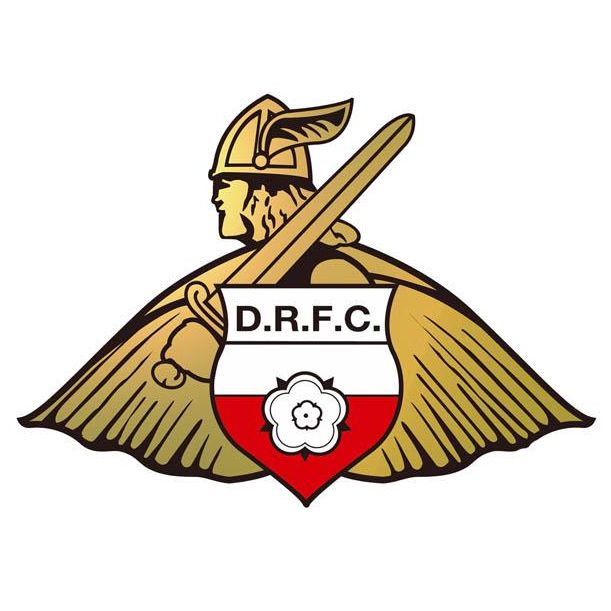 Stags' reserves will look to extend their winning run to seven games in the Central League today, as they welcome Doncaster Rovers for a 1.00pm kick-off.

Last time out, Stags recorded a 3-0 win over Hartlepool at Brooksby Melton College, with forward Zayn Hakeem scoring a brace and winger Sam Jackson adding the other goal in what was an emphatic win.

The win over Hartlepool came just two days after Stags' 5-2 win over Rotherham reserves, in a game that saw striker Ricky Miller score a hat-trick in a strong Mansfield lineup.

Stags find themselves with an impressive eight wins and two losses in the Central League North table, and have two games in hand over league leaders Port Vale, who currently stand seven points clear.

The game will take place at Rainworth Miners Welfare and will kick-off at 1.00pm.

For fans wishing to attend the game, Rainworth Miners Welfare can be found at the following address: Kirklington Road, Rainworth, Mansfield, NG21 0JY.

Stags’ reserves drew 1-1 with Doncaster Rovers reserves at Rainworth Miners Welfare this afternoon. Forward Jason Law opened the scoring with a thunderous long-range effort in the first-half, but Robbie Miller equalised for Doncaster in the 52nd minute.

It was a lively start to the game, with both sides battling for the ball in midfield. The first real chance of the game fell to the Stags, when defender Cameron Healey hit the crossbar. Law whipped in a free-kick from just outside the box, which was headed away for a corner. The resulting corner went through a sea of bodies to find Healey lurking at the back post, but his strike clattered the bar. Aiden Walker attempted to nod in the rebound, but it was met first by goalkeeper Louis Jones.

Jordan Graham tried driving into the box minutes later with a powerful run, but he was prevented by a strong tackle by Miller. Graham was at the heart of the action again soon after, this time teeing up Law for the game’s opening goal.

Graham picked up the ball on the right-hand side, and his drilled pass along the edge of the 18-yard box travelled all the way to the far side, where Law was waiting. The winger hit the bobbling ball first time, and his powerful strike found the top-left corner.

Doncaster responded well to going a goal down, and it was down to Henri Wilder to put in several important challenges to alleviate the pressure put on by the visitors. Danny Andrew tried his luck from a deep free-kick soon after, but his effort flew over the bar.

Stags then tried to work a chance through a free-kick of their own, but a ball that looked to be landing on the toe of Graham narrowly evaded the lunging striker.

Xavier Sundby in the Stags’ goal was tested for the first time minutes before the half-time whistle, but he held a strike from range well.

It was then Healey’s turn to deny Doncaster with some excellent defending inside the Stags’ box. A chance seemed to open up for Andy Williams just inside the penalty area, but Healey managed to hook his leg around the forward and poke the ball away.

Stags started the second-half on the front foot, and thought they had doubled their lead just three minutes in. Graham drilled the ball into the box towards Jake Dumbleton, who finished well, only to realise the flag had been raised on the far side.

Jack Thomas then had an opportunity to extend the Stags’ advantage after the ball ricocheted off several bodies inside the Doncaster box, but his clever chipped effort was cleared off the line by Tyler Garrett.

Just moments after this flurry of chances for Mansfield, Doncaster pulled a goal back through Miller, who met the ball at the back post to fire home emphatically into the roof of the net.

Sundby then had to be on his toes to prevent further damage, making an excellent save in a one-on-one situation. James Morris found himself bearing down on the Stags’ goal, but Sundby got down well to his strike to get a firm hand on it and divert it for a corner.

The game then turned to a scrappy affair, and it was a while until the next chance came. Thomas managed to poke the ball away from Miller, who assumed he had more time deep inside the Doncaster half, but his resulting strike was straight at Jones.

Stags tried to push for the winner in the closing ten minutes, but were kept out by sturdy defending from several Doncaster defenders.

The game was a tight contest and although Stags had chances to win it, they can take plenty of positives from a solid defensive performance.

Stags’ reserves have one game remaining in their Central League season, at home to Bradford City on Tuesday 01 May.