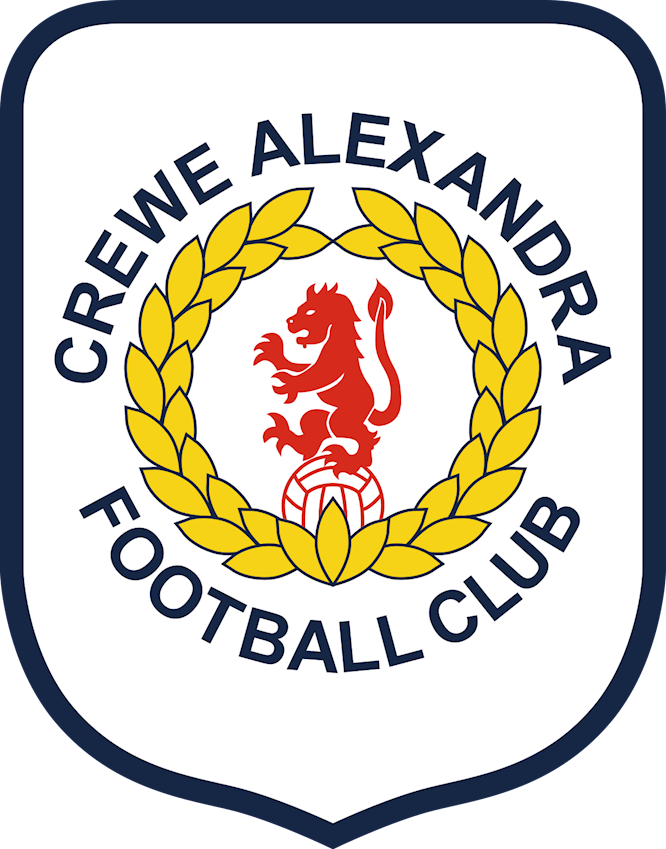 Mansfield Town under-19s bowed out of the FA Youth Cup as Crewe emerged victorious in extra time against the valiant young Stags.

An action-packed game at Mornflake Stadium saw the amber and blue give it their all, as they were defeated 3-2 by the Category 2 Academy side.

A first-half strike from Mansfield forward McKeal Abdullah was cancelled out by Matus Holicek’s spot kick in regular time.

Defender Ben Whelan found himself on the scoresheet as he made it two goals in two games to restore the amber and blue's lead.

Goals in the second-half of extra-time from Slovakian youth international Holicek and Crewe substitute left-back Ty Webster meant that the Stags exited this season's competition despite a great performance.

Mansfield started the game brightly when right-back Taylor Anderson picked out Abdullah inside the opposition’s penalty area with a powerful cross, but the referee blew for a Crewe free-kick following a handball.

The amber and blue were rewarded for their positive performance in the opening exchanges as Jakub Kruszynski’s effort struck the post, but Abdullah found himself in a great position to tap in the opening goal on the rebound.

Shortly after the first goal of the game, young Stags’ ‘keeper Louie Turner was called into action as he denied efforts from midfielder Calum Agius and attacker Matus Holicek in a two minute spell which saw the hosts pile on the pressure after going behind.

Crewe’s hard work and persistence after going behind was rewarded as they were given a penalty on 19 minutes following a foul from centre-back Cormac Maher.

Holicek, who was denied previously by Turner, made no mistake from the spot kick as he placed the ball into the bottom right-hand corner.

Mansfield attacker Ronnie Kokkinos found himself in a great position on 32 minutes as he looked to cross a dangerous ball into the Railwaymen’s box but defender Matthew Senior made a great interception at a vital moment.

On 37 minutes the visitors’ captain, Charlie Carter, became the first name in the referee's book following a strong challenge on Agius.

Four minutes into the second-half, goalscorer McKeal Abdullah came close to grabbing another as he made a great run into the Crewe box to get onto the end of a powerful cross from Stags’ left-back Darien Wauchope. Abdullah’s shot was saved by the hosts’ ‘keeper Jack Flint and went behind for a corner.

And Abdullah found himself with another opportunity from the resulting corner but fired wide of the post.

On 51 minutes Turner made a superb double save to deny left-back Lucas Sant and midfielder Owen Lunt who looked to give the hosts the lead.

The visitors had a great opportunity to regain the lead on the hour mark as attacker Jakub Kruszynski skipped past a number of Crewe defenders but unfortunately slipped at the vital moment before pulling the trigger to shoot.

The first substitution of the game was made by Mansfield on 63 minutes as attacker Louis Bonser replaced energetic wide-man Kokkinos.

Kruszynski came close to finding the second goal for the visitors with just over 15 minutes of normal time remaining but dragged his effort wide of Flint’s post following a great cross by right-back Taylor Anderson.

Substitute Bonser became the second visiting player to find himself in the referee's book after a hard challenge on defender Samuel Crolla.

As Mansfield looked to push on and win the game they made another two substitutions with defender Lewis Warnaby and striker Oli Wilson replacing Anderson and midfielder Bailey Hamilton, respectively.

Warnaby became the third Stags player to be shown a yellow card on 85 minutes.

Despite an end-to-end encounter with many chances, the game could not be decided within 90 minutes and required extra-time.

Seven minutes into extra-time, Flint made a good save to deny Stags' striker Oli WIlson.

As a result of that effort on goal, Mansfield’s hard-working midfielder Finn Flanagan received a short corner on 98 minutes.

And after getting his head up and swinging the ball to the back-post, he managed to pick out centre-back Ben Whelan, who executed his header brilliantly to find the back of the Crewe net.

That's two goals in two games for the defender, as he looked to have given his side a massive advantage in extra-time.

Stags’ lead was short lived, however, as the hosts were awarded their second penalty of the game following a handball by Maher.

Holicek was clinical from the spot to get his second goal of the night and equalise for the Railwaymen early on in the second-half of extra-time.

Following their equaliser, Crewe grew stronger as they looked to find a winner and they got their reward with eight minutes of extra-time remaining as substitute left-back Ty Webster found himself on the edge of the Mansfield box. A magnificent strike gave Turner no chance as it fired into the bottom right-hand corner.

Stags’ final substitution of the game saw Flanagan be replaced by attacker Noah Aysnley-Johnson as the visitors looked to grab a late goal to take the FA Youth Cup tie to penalties.

Despite giving it everything, the young Stags were unable to create any more decisive chances and Crewe progressed into the second round of the FA Youth Cup.

Mansfield under-19s can hold their head high, knowing they put everything into Wednesday's fixture and should be proud of their performance aside from the result.