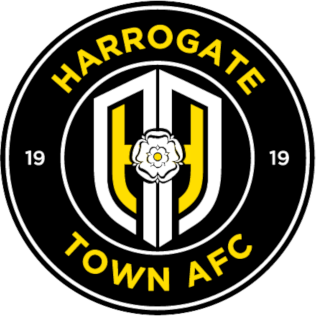 Elliot Hartmann, a 14-year-old right-back, is expected to make his youth team debut in the fixture.

“The plan is to start introducing more of our younger players into our under 18s' team," he said.

"We’ve had an under 15s’ centre back playing for us in Cormac Maher and he’s doing well. He’ll be involved again and 14-year-old right-back Elliot Hartmann will be making his youth team debut against Harrogate.

“We want to make the environment as challenging as possible for our players. The easiest thing to do would be to play older players who are eligible for the Youth Alliance League games.

“We could play the likes of George Cooper, Nathan Caine and Ethan Hill but that’s not what we’re trying to do. We need to challenge the older ones to play men’s football.

“We have to be careful due to the physical demands of playing for the under-18s, we don’t want to do too much too soon but we’ll constantly strive to push the team out of their comfort zone.

“The aim is to get players pushing to be in around the first team squad when they’re 18 and 19. Our vision is to speed up the process. The most natural thing is to want to win, but as an academy we want to get lads coming through. We want the lads to get professional contracts.”

This Saturday's fixture against Harrogate will be played at RH Academy.

Supporters can attend the match for free.

If you are experiencing any Covid-19 symptoms please do not attend the fixture.

The address for the venue is: Woburn Ln, Pleasley, Mansfield NG19 7RT.