Some of the under-18s' squad featured in the under-23s’ Premier League Cup 1-1 draw against Leeds at RH Academy on Monday.

Professional development phase lead coach Sam Collins welcomed the opportunity for some of the youngsters to feature alongside some of the club’s first team players.

“It was really good for them,” said Sam.

“It was a great experience for them playing with experienced players and playing against opposition of that quality [in Leeds].

"A couple of the Leeds players have been in around their first team [this season].”

The young guns last featured in the Youth Alliance League against Grimsby in a narrow 1-0 loss at RH Academy last Saturday.

“We’re really pleased with the performance, but disappointed not to get anything out of the match based on the possession we had,” the YDP lead said. 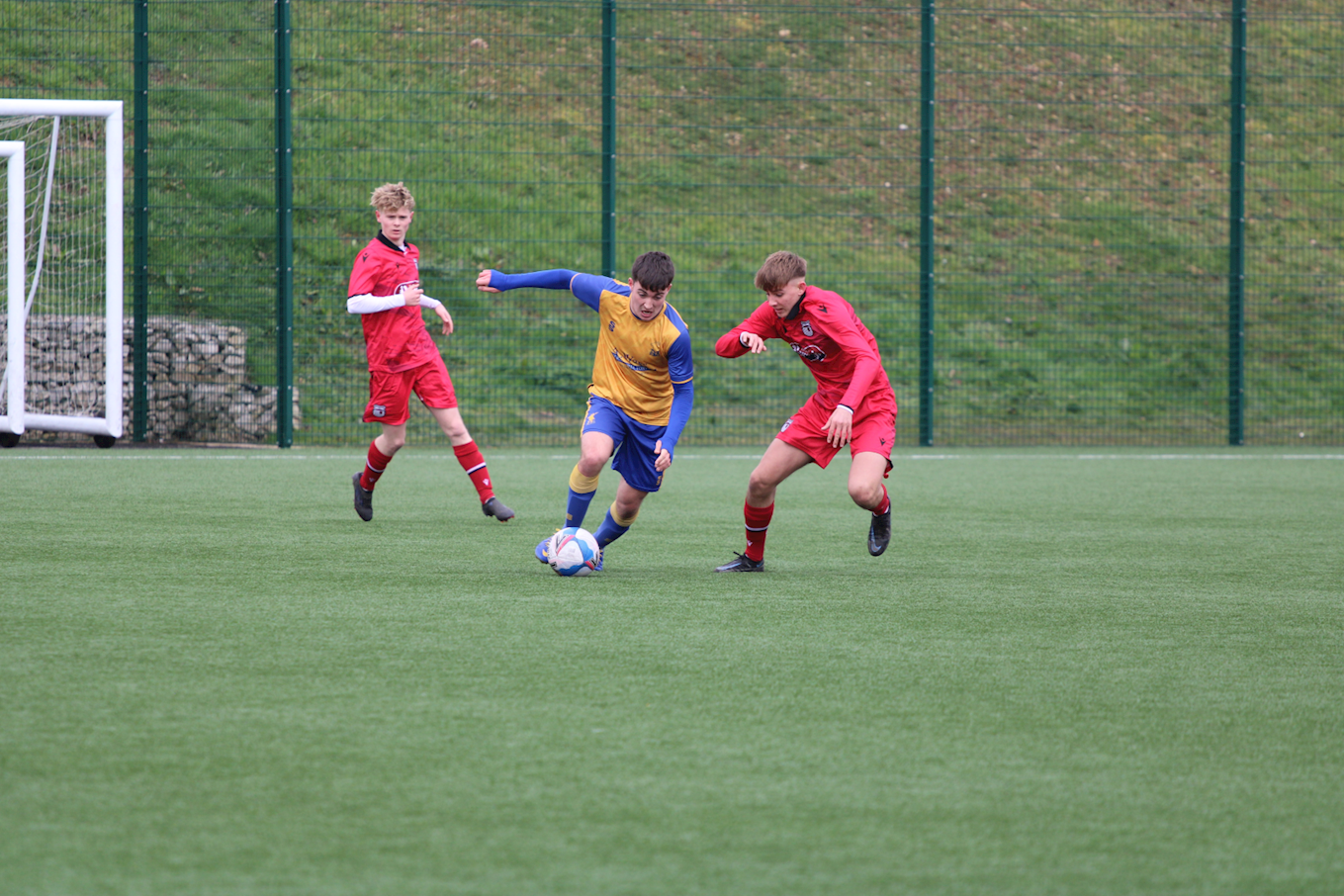 “We had great chances to score and didn't, but performance-wise we did really well. We had six or seven under-15s and 16s involved; the opposition had three first year pros playing."

Looking ahead to this weekend’s fixture away at Huddersfield, Sam said: “They [Huddersfield] try and promote and push young players through, the same as we do.

“They’ll have a very young team and have the same philosophy as us. They’ll try and play out from the back; we’ll do the same.

“Some of the ones [under-18s] involved against Leeds will be involved again [against Huddersfield] as they need to keep playing games against different styles of opposition.

“Fourteen-year-old Ollie Taylor will be involved. One of our midfielders, Alfie King, wasn’t well in the warm-up against Grimsby and so he [Taylor] made his debut for the youth team in his place. He’s 14 and playing under-19s' football against three lads that are first year pro's which is excellent.

“He’s calm on the ball and quite physically developed for someone so young. He just needs exposing to that level of football [more frequently] for his development.”

The Huddersfield clash will take place at Canalside Sports Complex.

Due to Huddersfield operating under red Covid-19 protocols, supporters are not permitted to attend and the fixture will take place behind-closed-doors.