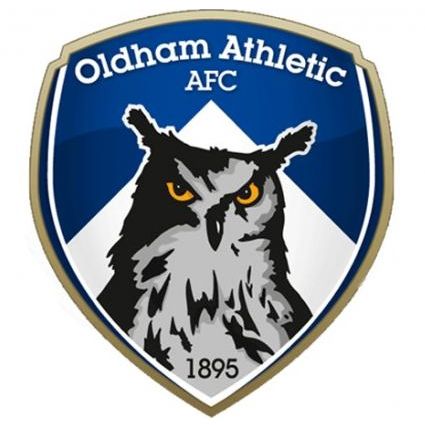 Mansfield come into the game off the back of their thrilling 3-3 draw against Lincoln City in the league last time out.

Rhys Sarson slotted home a first-half penalty to give the Stags an early lead, before Tyrese Sinclair twice helped his team by levelling the score, resulting in both teams going home with a point apiece, in what was a thrilling spectacle.

Sinclair has been in excellent form this season and his double in the last game means he currently heads the team’s scoring charts with four goals from five appearances.

John Dempster’s side have picked up five points from their opening four fixtures, meaning in this early part of the season they find themselves hovering around mid-table. The Stags’ youth boss will be hoping his side can take maximum points in Saturday’s fixture to propel them towards the top-end of the table.

Saturday’s opposition, Oldham, were involved in a seven-goal thriller in their last encounter, where they narrowly lost 4-3 away to Notts County.

The defeat means Oldham are yet to take a point from their opening three fixtures, and currently find themselves at the foot of the table.

However, Dempster and his coaching staff know all too well how fiercely contested this league can be, and will be taking nothing for granted going into the fixture, demanding that the players are fully focused on the task at hand.

As always, supporters are welcome to attend the game, and for those wishing to make the trip, please see the full address details below: Chapel Road Training Ground, Hollinwood, Oldham, OL8 4QL.

Stags’ under-18s secured a 3-1 victory away to Oldham Athletic under-18s in the EFL Youth Alliance on Saturday afternoon.

On a wet afternoon at the Chapel Road Training Ground, Rhys Sarson opened the scoring when he tucked away a first-half penalty for the Stags. Goal-scorer turned provider, when Sarson laid the ball off for Jimmy Knowles, who doubled the Stags’ lead when he calmly converted his effort towards the end of the second half.

Oldham’s Max Norman managed to get his side back into the game when his guided header looped over Keaton Marrs in the Stags’ goal. However, it was Jimmy Knowles who sealed the victory for the Stags when he won the ball back high up the field before prodding home his second of the game, giving Mansfield a deserved 3-1 win.

Youth boss John Dempster will likely be pleased that his side were able to come away from the game with maximum points whilst netting three times for the fourth time this season.

Mansfield made one change to the starting XI that drew to Lincoln last time out, with Matty Langton making way for Jack Cornell in midfield.

The referee signalled for the game to get under way. With the rain relentlessly coming down, combined with the synthetic pitch, conditions were very tricky as the ball skipped off the surface prompting both teams to be cautious in the opening exchanges as they felt their way into the game.

With just under ten minutes on the clock, Mansfield put together their first neat attacking move, as Sarson slipped the ball into the path of Kamen Cashmore, who was pushing forward on the right-hand side of the penalty area.

Cashmore latched onto the pass and managed to square the ball back to Sarson, who, positioned on the penalty spot, cut onto his left foot and when it looked as though he was about to pull the trigger, an Oldham defender managed to get across the Stags number nine and put in a well-timed sliding tackle to take the ball off his toe.

With quarter of an hour played, Larrell King found himself in a forward position on the right wing and played the ball inside to the Stags’ skipper James Tague. His forward pass found the feet of Sarson, who, with his first touch, shifted the ball away from the defender. This time the tackle came in but there was no contact on the ball and the Stags’ striker was sent tumbling to the floor, and the referee was left with little choice other than to award a penalty kick.

In the Stags’ last league encounter against Lincoln City, it was Sarson who opened the scoring from the penalty spot, in a thrilling game that finished 3-3. He had the opportunity to do the same in this match, as he confidently stepped up to take the penalty kick.

On the referee’s whistle, Sarson calmly slotted the penalty into the bottom left corner of the net, sending the ‘keeper the wrong way and giving the Stags a 1-0 lead.

With the slippery conditions, it appeared both sides had been instructed to get shots in on goal when the opportunity arose to test the goalkeepers at either end.

A free-kick was awarded to Oldham about 30-yards from goal, just right of centre. Dec Baldwin stood over the ball, as though shaping to cross, but instead whipped a curling effort towards goal which bounced directly in front of Keaton Marrs – with the Stags’ ‘keeper doing well to watch the ball into his hands as it skimmed off the wet surface.

Both sides were quick to close-down the opposition, as players contended with the difficult conditions, at times struggling to bring the ball under control.

In the 37th minute, Jack Grundy’s loose touch was seized upon by Sarson who nicked the ball off the defender 35-yards out and ran towards goal from the left-hand side. Sarson carried on his run, which drew the last covering defender over as he came to make the tackle.

This left Jimmy Knowles unmarked in the penalty area and Sarson slipped-in a pass across to his strike partner, who didn’t have to break stride as he showed excellent composure to guide the ball low into the net and double the Stags’ lead for 2-0.

Only two minutes later, Oldham got themselves back into the game from a set-piece. From the right-hand side, Ryan Pickford whipped in a freekick from deep which was well met by the head of Max Norman. The Oldham striker’s header went looping back across goal, over the head of a backtracking Marrs and into the far corner of the net.

A minute after the restart, and Oldham came close to finding themselves level. The ball fell to Reece Gaskell on the edge of the area and the midfielder sent a fierce drive towards goal, which required Marrs to get across his line quickly, and at full stretch, the Stags’ goalkeeper turned the ball behind past his left-hand post for a corner kick.

The referee brought the first-half to a close, with Mansfield having been on top for the majority of game so far, but the home side had renewed optimism following their goal.

The second-half began in much the same way as the first-half, with both teams keen not to make a mistake as players watched the ball intently onto their foot.

With 55 minutes gone, Sarson and Knowles linked up well to create an opening. Sarson, from the left of the penalty area, played the ball forward to Knowles, who returned the ball to his strike partner.

Sarson cut inside onto his right foot and with the chance to shoot, he bent an effort in towards the far post. With the goalkeeper scrambling across his line, the ball flashed past his far post and skimmed the outside of the upright on the way out for a goal-kick.

On the hour-mark, a free-kick was awarded to the Stags inside the opposition half. Sinclair sent the ball high into the area and Sarson leapt highest to win the header. His attempt, albeit on target, seemed harmless enough, however with the ball difficult to handle, it twice slipped from the Oldham goalkeeper’s hands before finally being hoofed away from danger and out for a throw-in.

Minutes later, Knowles, who had worked tirelessly throughout, harried the defender and nicked the ball off him to go clean through on goal. Before the Oldham ‘keeper had time to set himself, the Mansfield forward prodded the ball low into the corner of the net, giving the Stags a 3-1 lead and restoring their two-goal cushion.

From there on out, the Stags looked comfortable, and went about seeing out the game in a professional manner. With 80 minutes gone Knowles almost capped a near perfect performance with a hat-trick.

With his back to goal, Knowles spun his marker – punishing the Oldham defender for getting too close – and again found himself with just the keeper to beat. As another defender closed off the angle from the left, the Stags’ striker was forced to take his shot early, and his attempt was well hit but bounced off the wrong side of the near post and went behind for a goal-kick.

The referee brought the game to an end, with John Dempster’s side getting the win and picking up a well-deserved three points.