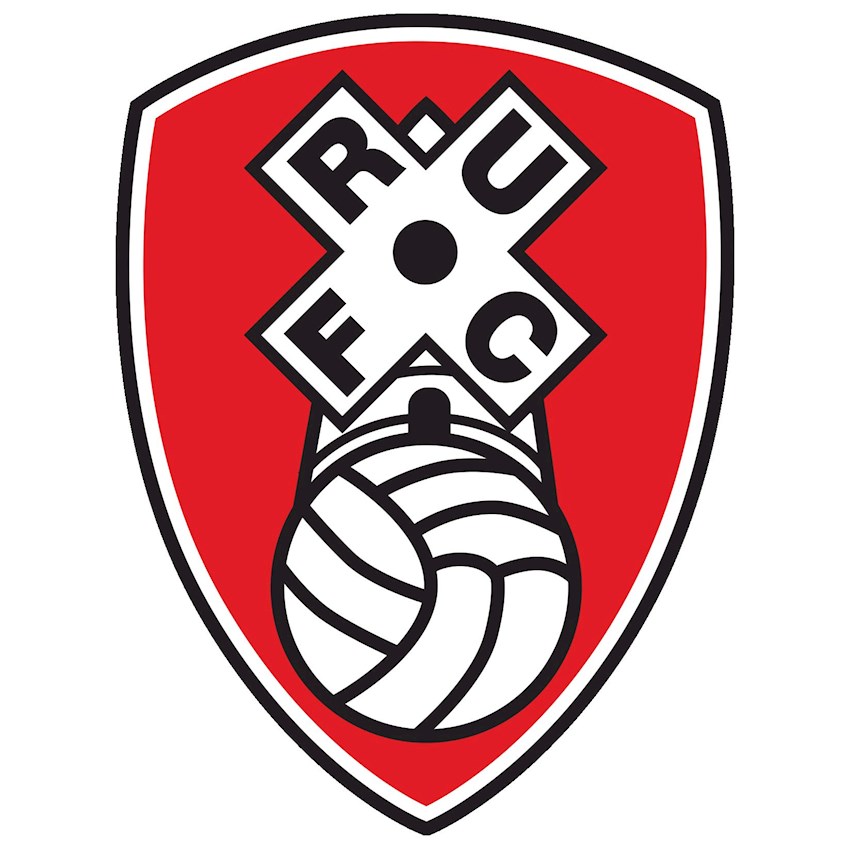 Mansfield come into the game following their 3-1 victory away to Oldham Athletic last time out.

Rhys Sarson scored a first-half penalty to give his side an early lead, before Jimmy Knowles’ brace ensured the Stags went home with all three points.

Knowles finds himself leading the way in the scoring charts, having found the net five times so far this campaign. He and Sarson have struck-up a good forward partnership this campaign and academy boss John Dempster will be hoping their fine form can continue into Saturday’s fixture.

Dempster’s side currently sit top of the table – albeit having played more games than some teams - amassing eight points from their opening five matches, boasting the best offensive record in the league, with 11 goals.

Saturday’s opposition, Rotherham, are a point behind Mansfield, having notched-up seven points from their opening five games. They come into the fixture having drawn 1-1 against Bradford City a fortnight ago.

Stags’ under-18s made it back-to-back wins in the EFL Youth Alliance after coming from behind to beat Rotherham United under-18s 3-2 at Rainworth Miners Welfare on Saturday afternoon.

Lewis Davis headed home the opener for Mansfield, but Rotherham scored either side of half-time to give the visitors a 2-1 lead.

Tyrese Sinclair scored a sensational free-kick to level the score, before Rhys Sarson scored for the third time in three consecutive games to give Mansfield a 3-2 lead.

Despite some nervy moments in the final minutes of the match, Stags held-on to take all three points and give themselves back-to-back victories in the league, meaning they now have 11 points from their opening six fixtures.

The Mansfield starting XI saw one change from the side that beat Oldham Athletic a fortnight ago, with Riley O’Sullivan coming in for Kamen Cashmore.

As the Stags so often do, they flew out of the blocks straight from the whistle, and wasted no time in creating the game’s first opportunities.

Direct from kick-off, James Tague fed O’Sullivan from the centre circle, who fiercely contested the ball to win his header out on the left-hand side. His header fed in-form Jimmy Knowles, who managed to out-muscle the occupying defender and delicately lift a bouncing ball over the on-rushing Rotherham goalkeeper. Unfortunately for Knowles, the dink over the top beat the ‘keeper, but dropped just wide of his near post and out for a goal kick.

With 6 minutes gone, Sarson fed Sinclair who was bundled to the floor and a Stags’ free-kick was awarded 35 yards from goal in a central position.

Sinclair stepped up and laced a fierce effort through the opposition wall and towards goal. The ball took a slight deflection on the way through, which took some pace out of the shot and kindly diverted it towards the Rotherham goalie, who managed to tip the ball behind for a corner kick.

The visitors managed to build an attack to threaten the Mansfield goal. Millers’ skipper, Jake Southern-Cooper, picked-up a loose ball on the right-hand side and sent in a tempting cross, floating in towards the back post. Travon Venham was first to react, but having got to the ball only six yards out and with the goal gaping, the Millers’ number eight was unable to sort-out his feet in time, and his shot lacked any real impetus.

There was an unfortunate moment for Harrison Beedham, the Millers’ centre-back. The goalkeeper played a short pass out to the defender on the edge of the area, but a poor control meant the ball ran under his foot and straight into the path of the onrushing Sarson, who instinctively squared the ball for Knowles. For someone usually so composed in front of goal, Knowles slightly lashed at his effort, going for power when perhaps a placed attempt might have been the better option, and his attempt sailed over the bar and behind for a goal kick.

The defender’s mistake went unpunished, but it felt like only a matter of time before the Stags found their first goal of the afternoon.

Stags’ skipper, Tague, whipped in a left-footed corner from the right-hand side, and rushing in from the edge of the area was Davis, who wholeheartedly met the in-swinging ball and powered his header through the hands of the goalkeeper and into the roof of the net, giving his side a much deserved 1-0 lead with just over quarter of an hour played.

The next 20 minutes were a hard-fought affair, with neither side creating anything particular of note. Mansfield were solid in the midfield and defended from the front, meaning Rotherham were seldom allowed to build any sort of threatening attack.

With 36 minutes on the clock, Jacob Gratton crossed a ball in from the left-hand side which was met at the back post by Mitchell Carlton, whose first time side-footed effort found its way into the back of Keaton Marrs’ goal. The Stags had been caught with what felt like a sucker punch, but the equalising goal meant that the score was now level at 1-1.

As the referee brought the half to a close, Stags had been made to pay for not capitalising on their first-half dominance, and all was to play for in the second 45.

Another Tague corner from the left caused disruption at the back for Rotherham. This time it was Knowles who met the ball well at the near post, but his glancing header came crashing back off the top of the crossbar.

Gratton again found some space on the right-hand touchline. He sent a teasing driven cross into the box, and with the pace already on the ball, it only needed a touch from Rotherham’s Tyrone Lenthwaite, who side footed the ball, directing it beyond Marrs to give the visitors a 2-1 lead.

Mansfield were left slightly stunned following going behind, but with the character the Stags’ academy side have shown already this season, by no means did they feel they were out of this game; in fact, it took them just five minutes before they were back level.

Tague broke free of the midfield line, and running forward with the ball at his feet, he was brought down and a free-kick was awarded to the home side - 30 yards from goal, just right of centre.

Sinclair placed the ball down carefully in front of a four-man wall, measured out his run-up and took a deep breath. On the referee’s whistle, Sinclair laced the ball cleanly, and like an arrow the ball whistled unchecked, low into the left-hand corner of the net.

Just three minutes later and Tague, whose set plays had been tremendous throughout, whipped in a corner from the left-hand side towards the far post. Sarson was first to the ball at the back post and he swept the ball past the Rotherham goalie to complete a quick-fire double for the Stags, and restore their lead once more.

Sarson has now scored in each of his last three games, whilst Tague was also celebrating his second of assists in the game, but the Stags’ focus was now on seeing out this match having taken a 3-2 lead.

O’Sullivan was causing problems for the opposition down the left-hand touchline with a succession of excellent crosses.

Firstly, he collected a cross field ball from Jordan Armsden, beat his man, before drilling a cross into the far post for Sinclair. The Stags’ number seven couldn’t quite get the extension required to get a toe to the ball and it zipped across the face of the goal.

Moments later, another O’Sullivan cross from the left was met by Tague, whose attempt was goal-bound, but deflected behind for a corner kick.

Knowles then drew an excellent save from the ‘keeper, as his low drive required the Rotherham number one to get down smartly and save to his right.

The away side continued to search for an equaliser as the game drew to a close, and a succession of set-pieces were pumped into the penalty area, with one heart-stopping moment coming in the second minute of time added on.

Beeden sent a ball into the area from deep, and with four Rotherham players queuing up to get on the end of it, number 14, Moussa Diouf’s diving header just sailed wide of Marrs’ far post as the keeper held his breath.

That was to be the last action of the game and Mansfield celebrated a well-earned three points, in a game which provided some memorable moments.

Next up for John Dempster’s side is a trip to Doncaster Rovers, where the manager will be hoping his side can keep their good form going.