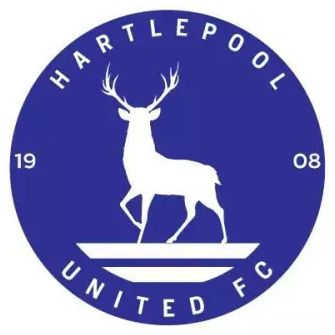 Just one place separates the two sides in the league table, with Stags currently in sixth position on 26 points, and Hartlepool in fifth place on 28 points. Stags do, however, have a game in hand over the weekend's opponents.

Stags will be looking to bounce back in this weekend's fixture - having lost their last three encounters in the league - despite having taken the lead in all three games.
Their most recent 2-1 defeat against Grimsby Town saw the Stags dominate proceedings for much of the 90 minutes - with James Tague getting on the scoresheet - yet conceded twice late on.
Stags have been free-scoring throughout this season and hold the second best offensive record in the league with 35 goals from 16 matches - only Doncaster Rovers have more with 41 goals. Even more remarkably, John Dempster's side have managed to find the net at least once in every single competitive game so far this season - 24 games.
With 24 points still up for grabs in the league and Stags only five points off Lincoln City in top-spot, the title-race is still wide open. That said, however, John Dempster and his side will know that a win on Saturday would greatly help their cause if they are to lift the trophy again come the end of the season.
Supporters are welcome to attend the fixture, full details of which can be found here: Blackhall Colliery, Welfare Park, 11th Street, Blackhall Colliery, TS27 4LX.

Stags' under-18s fought to earn a 2-1 victory over Hartlepool United under-18s in the EFL Youth Alliance on Saturday afternoon.

Mansfield got themselves in front when Tyrese Sinclair netted just before half-time.

Second-half substitute Rhys Sarson scored a terrific curling effort towards the end of the clash, but a late Riley O’Sullivan own goal made for a tense end to proceedings.

Despite the nervy closing moments, Stags held on to earn all three points and leap-frog Hartlepool in the league table, keeping them within touching distance of league leaders Grimsby Town.

There was a new introduction into John Dempster’s starting XI, as Kyle Tomlin made his debut for the club at right-back, with Larrell King making way to the bench.

In windy conditions, the game got off to a slow start with both teams working hard to contest the ball in midfield.

The first chance fell to the Stags as a dangerous in-swinging corner from skipper James Tague was unconvincingly headed up into the air. As Jamie Chisholm put Hartlepool ‘keeper Bradley Young under pressure, he momentarily fumbled the ball in his own goal mouth – but, thankfully for him, managed to react first and pounce on the loose ball.

From a corner – this time from the right-hand side – Tyrese Sinclair swung a delightful ball into the box that fell to the feet of Tague. Having opened the scoring in the previous game against Grimsby, Tague smashed a low left-footed effort towards goal, only to be denied by a desperate defensive block on the line.

The rebound found its way kindly to the feet of Chisholm, whose cross found Riley O’Sullivan at the back-post sliding in, but he could only slice wide from the tight angle.

At the opposite end, Aaron Willoughby found some space on the edge of the area, worked the ball onto his left foot to create the shooting opportunity, but blazed the ball over Keaton Marrs’ goal.

Then, a neat passage of play involving Jimmy Knowles, Tague and Tomlin saw the latter surge forward, getting in behind the defensive line and winning his side a corner.

Tague’s corner found Chisholm unmarked on the edge of the six-yard box, but the Stags’ defender couldn’t quite get the purchase behind his header as Young caught and held the attempt.

Stags were finishing the half strongly, and the tenacious Tague was beginning to get a foothold in the game. His good work in the midfield found Jack Cornell, who spread his pass out to the left to find Kian Sketchley. The left-back’s touch out of his feet was excellent and his teasing cross into the box was crying out for any sort of contact, but it somehow sailed through everyone and out for a throw-in on the opposite side.

With half-time fast approaching, Stags were well on top, and from another dangerous set-piece delivery, they generated a deserved lead.

Tague whipped in a corner from the right, which once again fell to the feet of Chisholm, the Stags’ centre-half. This time he got excellent contact and smashed his attempt at goal, only this time for it to cannon back off the underside of the crossbar. However, Sinclair was first to react to the loose ball and steered home the rebound to send Stags into the break with a one-goal lead.

No sooner had the second 45 began, a pass-back from Sketchley didn’t quite have enough weight on it to find his goalkeeper, allowing Josh Scott to nip in and take the ball away from Marrs.

Although he managed to round the keeper, Scott had taken it too wide to get a shot in on goal, and his eventual cut-back into the area was well cleared by Chisholm who had taken up a good position.

With 52 gone, Marrs was called into action to make his first save of the game. Bradley Fox picked up the ball on the edge of the Stags’ penalty area, turned towards goal and took his shot early. Marrs was alert in his goal and well positioned as he got across well, diving to his left to turn the ball behind for a corner kick.

Close to the hour mark, Knowles ran into the left-hand channel, picked up the ball and drove to the byline. With no support arriving imminently, Knowles cut back inside onto his right foot and worked a shooting opportunity but could only drag his shot wide of the ‘keepers’ near post.

Then, another short back-pass from the Stags’ defence again led to Scott beating Marrs to the ball. This time Marrs stood his ground well, remaining big and forcing the centre forward to take the shot. Marrs parried the attempt away with an excellent stop.

Following a cleared ball upfield from O’Sullivan, substitute Sarson harried the defender just inside the opposition’s half, forcing a mistake from the centre-half as he nipped in to take the ball. Without hesitation, Sarson side-footed a wicked curling effort up and over Young in the Hartlepool goal, as the goalkeeper helplessly watched the ball sail over his head and into the back of the net.

With the game drawing to a close, Stags looked to be heading for a comfortable victory, until an in-swinging Harrison Webster free-kick from the right was diverted into his own net by O’Sullivan as he tried to clear.

With the scoreline at 2-1, the opposition were throwing everything forward, and with only seconds remaining, the home side came within a whisker of the equalising goal.

Webster found space on the left-hand side, before drilling a shot in at Marrs’ near post. Having beaten the outstretched ‘keeper, the ball clipped the inside of the upright and seemingly trickled across the face of the goal, before it was eventually cleared away to safety – to the relief of the Stags’ contingent.

The referee brought the game to a close, meaning Stags got back to winning ways in the league with their first win in four.

Just seven games remain in the league, and with any one of six teams in the hunt for the trophy, the title race is likely to go right down to the wire.