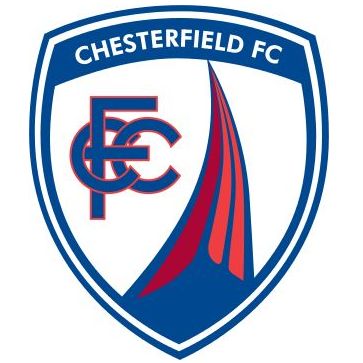 Stags' under-18s came from behind to secure a convincing 3-1 win away to Chesterfield under-18s in the Youth Alliance League match on Saturday morning.

In cold conditions at St George's Park Graves, the home side took an early lead when the ball broke to Zac Walker who took his chance well.
The second 45 saw Stags respond with three goals of their own; Riley O'Sullivan scored a thunderous effort, before Rhys Sarson added a brace to secure all three points for John Dempster's side - maintaining their winning streak in the league which now stretches to four games.
Lewis Davis, Matty Langton and Sarson were all brought into the Stags' starting XI following the midweek cup defeat against Bournemouth, with Jordan Armsden, Jack Cornell and Tyrese Sinclair making way.
Mansfield started the first-half playing into the wind and in the fifth minute, a neat passing move saw them create their first clear sighting of goal.
A duel in the midfield saw Langton come out with the ball as he poked it forward to the feet of James Tague. The Stags' skipper swept a clever ball through to O'Sullivan on the left-hand side, who had timed his run well and ghosted into the opposition penalty area. O'Sullivan let fly with a left footed effort but couldnt quite wrap his foot around the ball as it flew a yard wide of the 'keeper's near post.
The 17th minute of the game saw the home side grab the game's first goal. A long ball into the corner saw Kian Sketchley dispossessed by Javanne Smith, after the centre-half had attempted to shield the ball out of play. Smith fed Brandon Howard who in turn played a nice ball across for Zac Walker, who coolly placed a side-footed finish into the bottom right corner of Keaton Marrs' goal.
Minutes later, an in-swinging Tague corner from the right-hand side was met by the head of Sarson in the centre of the goal on the edge of the six-yard area. The forward’s header looked destined for the back of the net, but his attempt was blocked on the goal line by his own team mate O'Sullivan, as he was desperately trying to get out of the way.
At the other end of the field, there was stubborn defending from Davis, who twice got himself in front of the ball to block goal-bound attempts from Smith, and then a third block as he slid in bravely to deflect Jared Wild's shot behind for a corner.
Shortly after, Smith collected the ball on the edge of the area with his back to goal and shifted it onto his left foot before letting fly, but once again, Davis matched him step for step and bravely got himself between the ball and the goal.
Stags were looking dangerous from set pieces towards the end of the first-half, with Tague and Sinclair - on as a substitute for the injured Noah Stokes - delivering some wicked dead balls that somehow went unpunished.
The second-half began with a couple of close Sinclair free-kicks - the last of which was hit from 25 yards out and clipped the outside of the post, with the Chesterfield 'keeper rooted to the spot.
With Mansfield continuing to ramp up the pressure in the second-half, the home side sent a reminder that they were still a threat on the counter attack. Matthew Fuertado stung the palms of Marrs with a shot from the edge of the area, forcing a good save from the Stag's number one to keep the score at 1-0.
In the 65th minute, Stags got their deserved equaliser when Tague sprayed a ball out to the left for O'Sullivan, who, from the left-hand side of the penalty area drilled a fierce shot across the face of goal and into the top right-hand corner of the net.
Soon after finding the equaliser, Stags got themselves in front. Sinclair collected the ball and played a pass inside to Sarson, who took a touch to shift the ball out from under his feet and then, from 20 yards out, struck a sweet right footed effort that arrowed into the top right corner of the goal; a strike that was met by applause from both sets of fans.
The home side came forward again; this time Brandon Bradbury carried the ball from deep before letting go with an audacious attempt from range, requiring Marrs to be alert in his goalmouth as he got across well to turn the ball behind.
Just three minutes from time, a loose goal-kick was seized upon by second-half substitute Rio Molyneaux, who fed the ball quickly to Sarson who was just ahead of him. The Stags' number nine dispatched the opportunity in clinical fashion as he hammered a side-footed effort in at the 'keeper's near post for 3-1.
The referee brought the game to an end and Stags celebrated their fourth consecutive league win - a fantastic response to the disappointment of being knocked out of the FA Youth Cup in the week.
CHESTERFIELD XI: Wharton (England 45'), Emery, Gibson, Render, Wild, Bradbury, Howard, Walker, Smith, Holmes (Turner 53'), Fuertado.
SUBS NOT USED: Papworth, Tansley, Barrass.
STAGS' XI: Marrs, Stokes (Knowles 9' (Molyneaux 85'), Sketchley, Langton (Sinclair 45'), Davis, Chisholm, King, Saunders, Sarson, Tague, O'Sullivan (Rangel 90').
SUBS NOT USED: Ingram.