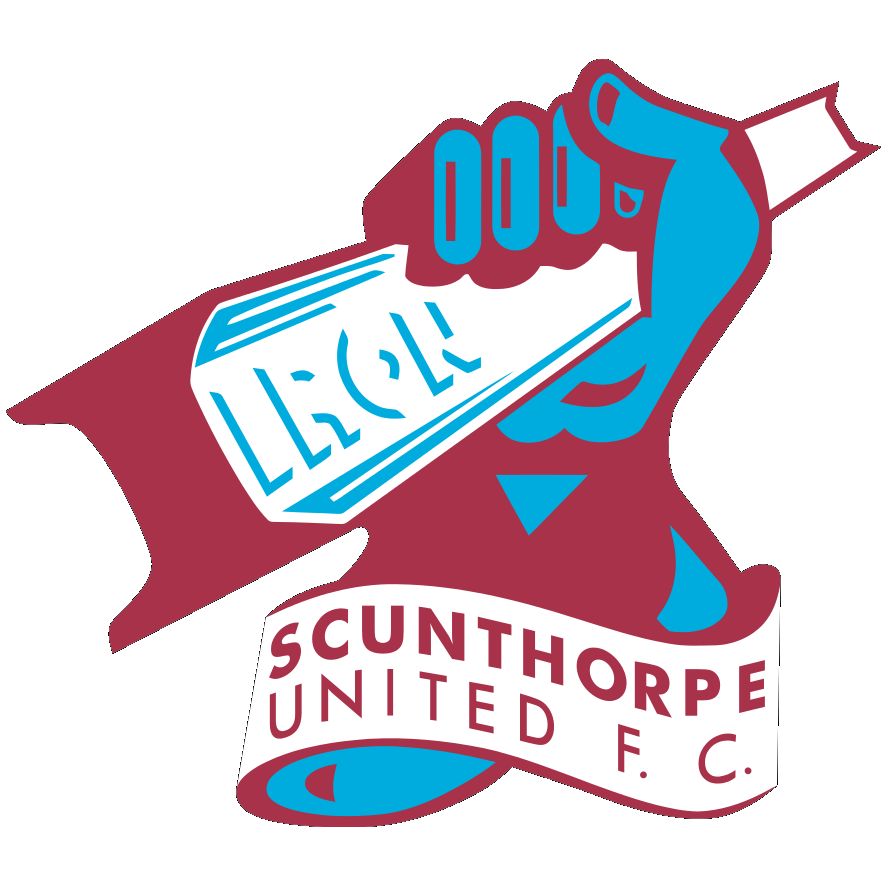 Jimmy Knowles, Kamen Cashmore and Tyrese Sinclair were all on the scoresheet for the amber and blue in an impressive display that saw them run-out comfortable winners.

After the opening two games, John Dempster’s side find themselves top of the league table, although the manager will be keen to ensure that his team remain fully focused on the match at hand.

Scunthorpe United will be in search of their first points of the new campaign following defeat to Chesterfield on the opening day and a 3-1 loss to Hartlepool United last time out.

The Iron find themselves bottom of the league table due to their inferior goal difference. They have the worst defensive record in the league so far, shipping a total of seven goals from their opening two fixtures.

There could very likely be a few goals in this one, and it will be John Dempster’s side who will be hoping they can capitalise on any weaknesses in the opposition’s defence.

As always, supporters are welcome to attend the game, see the full address below for details: Appleby Frodingham FC, Brumby Hall, DN16 1AA.

In a hard-fought game, with few clear-cut chances, it was the Stags who broke the deadlock when Tyrese Sinclair fired home an exquisite, direct free-kick.

Mansfield could only hold onto the lead for five minutes, before Scunthorpe's Levi Gallimore converted a penalty, after the striker himself had been brought down in the area.

Gallimore, on as a half-time substitute for The Iron, doubled his tally right at the death with an excellent solo strike, to steal all three points for Scunthorpe United, leaving a slightly deflated Mansfield side to reflect on what could, and perhaps should, have been.

The defeat will be hard to take for John Dempster’s side, who looked in control of the game for the vast majority, but the Stags’ manager and coaching staff will be keen to draw upon the positives from a match in which there were some good individual performances.

The game began with Mansfield firmly on the front foot, dominating possession, and the ball only ever seeming to briefly leave the opponent’s half of the field.

Jamie Chisholm, voted man of the match last time out, had perhaps the best of the early chances.

The Mansfield centre-half had stayed forward following a corner for his side, and found himself in some space as the ball dropped kindly for him on the edge of the opposition penalty area. He struck the ball first time but, unfortunately for him, he didn’t manage to get the contact he would have liked, slicing through the ball and seeing his attempt drift wide.

Soon after, Rhys Sarson seized upon a loose ball in the penalty area, but the forward was unable to set himself properly before taking the shot and pulled his effort just wide of the Scunthorpe ‘keeper’s near post.

Moments later, Kamen Cashmore was harrying the Scunthorpe defence deep in their own territory. He managed to win the ball back, and found Sinclair with his cut-back. The forward sent a curling effort towards goal, but saw his strike narrowly evade the outside of the far post.

Good chances were coming and going for the Stags, as there seemed to be an ever-growing sense of frustration amongst the away side.

Then, the moment of the first half. Sinclair controlled a pass to feet on the halfway-line, and using his strength, bulldozed past his marker and into the final third. With limited options left and right he unleashed a fierce attempt at goal from 25 yards out.

The ball looked as though it was heading for the corner of the net, only for the Scunthorpe goalkeeper, who showed remarkable footwork to get across his goal, stretch to his right-hand side and parry the ball back into play.

Cashmore pounced upon the rebound but the striker couldn’t quite get the purchase on the strike he intended and a relieved goalkeeper lay face-down on the floor, safely clutching the ball between his gloves.

With half-time fast approaching, Scunthorpe posted a reminder that they were still well and truly in this game. From the left-hand corner of the Stags' penalty area, Tom Pugh floated a free-kick in towards the back-post. Jack Harrison met the ball with a fierce header, which the Stags’ goalkeeper was all too happy to see go over the top of his crossbar.

The half-time whistle blew and it was Scunthorpe who certainly seemed the happier of the two sides to be going in level.

The first 25 minutes of the second half was a stop-start affair, with Mansfield struggling to carve out any clear-cut chances and Scunthorpe rarely coming close to threatening Keaton Mars’ goal.

It was going to take a moment of magic to spark this game into life. That moment came in the 69th minute, as a clear infringement saw Rhys Sarson brought down right on the edge of the Scunthorpe 18-yard box.

Almost dead-central, Sinclair placed the ball down and waited as the referee lined up the wall. On the whistle, Sinclair struck the free-kick right footed and sent the ball dipping and curling towards goal. The Scunthorpe ‘keeper stayed rooted to the spot as he watched the ball whistle past him through the air and into the left-hand corner of his net. A much needed breakthrough, making it 1-0 to the Stags.

From then on, it looked as though Mansfield might cruise to victory. The game opened up and the Stags were getting more numbers forward to support the attack, as they went in search of a second goal.

With 74 minutes on the clock, Scunthorpe pumped a long ball forward which was seized upon by substitute Gallimore. He took the ball to the byline, turned and fronted-up Jordan Armsden, who had put in a terrific defensive display so far during the game.

A nice piece of skill saw the Scunthorpe striker momentarily get away from his man but the Stags’ centre-half made an attempt to win the ball back, only to see him clip the legs of the centre forward on the way to winning the ball. The referee deemed the contact to be enough and pointed to the penalty spot.

Gallimore himself stepped up, fainted to go one way and then calmly lifted the ball down the middle to level the score.

Mansfield felt somewhat aggrieved to see their lead slip away so soon after getting their noses in front, and they set about going in search of a winner.

Jimmy Knowles, who scored last time out when the Stags beat Burton Albion 3-0, had the chance to grab the winner in the match.

Rio Molyneaux was on off the bench and found some space down right-hand channel. His cross picked out Knowles inside the area who met the ball on the half volley. Knowles was unable to get over the ball enough to keep it down – a difficult technique - and turned in frustration as it sailed over the top of the crossbar.

The game was nearing full-time, but there was still plenty more action to be had at either end.

In the 86th minute, Cashmore, who had worked tirelessly throughout, was scythed down in the 18-yard-box following a neat turn. The referee immediately signalled a penalty to the amber and blue.

Sinclair stepped up and smashed the penalty away to the right-hand corner of the goal but the Scunthorpe ‘keeper, who had been sensational throughout, guessed correctly and pulled off another remarkable save to deny the forward from 12-yards, and deny Mansfield their late winner.

A 1-1 draw seemed like two points dropped for the Stags, in a game they dominated almost from start to finish.

However, with just minutes remaining, a counter-attack from Scunthorpe saw Gallimore run onto a ball that forced him out to the left-hand side of the penalty area. The striker collected the ball, shifted it onto his right foot to cut back inside and bent a curling effort round the defender and into the corner of Mars’ net, leaving the goalkeeper no chance.

Celebrations were in order for home side as the referee blew the final whistle, giving Scunthorpe their first points of the campaign. The Stags will feel aggrieved to have lost the game, which served as a strong reminder that there are no easy games in this league.