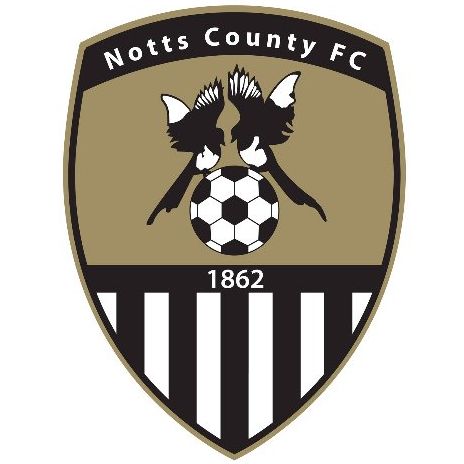 Mansfield Town under-18s will end their championship-winning EFL Youth Alliance season with a local derby against Notts County at The New Manor Ground on Saturday (kick-off 11:00 am).

Stags wrapped up the title against Bradford City last week and have since won 4-0 at home to Grimsby Town, and an Aiden Walker equaliser earned them a 1-1 draw against Rotherham United last time out.

The league win is Stags' third in succession and they will be presented with the North East Division trophy at full-time on Saturday.

Mansfield have won 10 and drawn two of their last 12 games, and sit 15 points clear of third-placed Notts County. They have also scored the most and conceded fewer than any other team, and have the largest goal difference in the division.

An excellent campaign has seen first-year players step into the under-18s set-up and perform to a high standard, with second-years making the leap into reserve team football, and some training with the first team.

Notts County have fought back to end the season strongly, with five wins and two draws from their last eight games, including a 5-0 away win against Oldham Athletic in their last outing.

The run has taken them to second in the table, but having played two games more than Rotherham. They exited the EFL Youth Alliance Cup at the group stage without winning a match and lost 3-1 to Chesterfield in the first round of the FA Youth Cup.

The last time the teams met was back in August, with Stags running out 2-1 winners.

The draw brings an end to another excellent season for the under-18s, who were recently crowned league champions for a third successive time.

Stags came from behind to draw through Tyrese Sinclair's close-range finish, after Ramaye Campbell had put Notts County ahead on the hour.

Mansfield could have come away with all three points but missed two penalties in quick succession. First, the usually reliable Keaton Ward rattled the right-hand post, and Sinclair saw his effort saved by Max Culverwell.

The point sees The Magpies finish in 3rd place behind Rotherham United, with Stags running out clear winners after an extraordinary 17 game unbeaten run, winning 13 and drawing just four.

The season has seen John Dempster's team face many challenges in the league and cup in a variety of locations including; St. Georges Park, Blundell Park, ASSEAL New York Stadium, One Call Stadium, non-league grounds in Rainworth and Clipstone.

They were also presented with the league trophy at the One Call during the Stags' EFL League 2 match with Crawley Town later in the day.

A local derby was the perfect occasion for Stags to sign off the season in style but a tight, cagey first half saw little in the way of chances.

It took 24 minutes for the first serious action of a competitive opening period, the impressive 'County midfielder Declan Dunn's shot was tipped wide by Xavier Sundby low to the goalkeeper’s left.

A marauding run down the right wing by County's Alex Howes saw the wide-man get to the byline and cut back a dangerous cross, but Lewis Gibbens was well placed, as he has been all season, to clear from inside the six-yard box.

It was another indication of why Stags have the best defence in all four EFL Youth Alliance leagues, with just 16 conceded all season.

Stags' best attempt of the half was a long-range attempt from Jackson which was held by the well-positioned Culverwell, who dived to his right catch the effort.

If the first-half was tight, the second was anything but, as both teams upped the tempo and went all out for the win, as has been the trademark of Mansfield all season.

The ever-lively Iyrwah Gooden chased a through-ball and nipped in front of Culverwell who had come rushing out of his area and appeared to foul the midfielder, but the strong appeals for a penalty were waved away by referee Thomas Bingley.

Both teams exchanged blows with Sundby saving at the feet of Campbell, while Nyle Blake climbed well but headed just wide of the post from a corner.

The 60-minute mark saw Notts County take the lead after some good work on the right by Jack Henchcliffe saw his cross met by Campbell who slotted the ball into the bottom-right corner.

County are a strong outfit but Stags responded brilliantly to the setback, and when Riley O'Sullivan was brought down in the box, Bigley had no hesitation in pointing to the spot this time.

Up stepped Ward to take the penalty, he went to his favoured right side but saw his effort rebound off the post. There wasn't much time to dwell on the miss however as just four minutes later Culverwell was penalised for a foul on Aiden Walker.

Sinclair had scored from the spot in the 4-0 win over Grimsby Town last time out and fancied his chances again, he too went to the right, but the County 'keeper made amends by getting down to his left to save.

It seemed like a matter of time before Stags would punish the hosts’ sloppy defending and the moment duly arrived as Gooden, again found himself free in the area and he unselfishly squared to Sinclair who slid home from six yards.

There was time for O'Sullivan to flash a shot wide of the right-hand post in the last meaningful action of the half, and of the 2017/18 season.

Some Stags' players will return to Brooskby Melton College, Leicestershire to continue their football and academic education with John Dempster and his team of coaches.

With a record of one league defeat, most goals scored and fewest conceded, Mansfield Town under-18s are league champions for a third successive year.