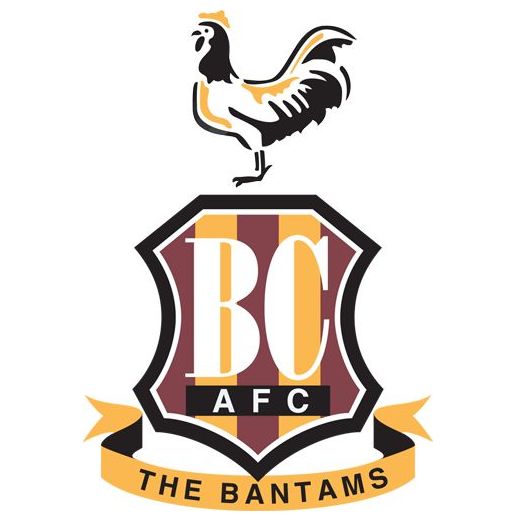 After conceding in the first-half against Chesterfield, a Nyle Blake equaliser with five minutes to go drew Stags level, and Rhys Sarson's spectacular overhead kick in injury time sealed the win.

Mansfield are 11 points clear of second-placed Notts County with two games in hand and Rotherham United, who are third, are the only team who can mathematically derail Stags' charge to the title.

However, if Stags win their game tomorrow, they will secure the EFL Youth Alliance North East title. A draw would mean Rotherham can only match their points tally by winning their remaining four games.

Bradford are tenth in the league with seven wins from their 21 games. They've won one of their last seven and last time out managed a 1-1 draw at home to York City who are two places below them.

When the teams met at Rainworth Miners Welfare in November, Riley O'Sullivan's penalty gave Stags a 1-0 win. A repeat on Tuesday will see Mansfield put one hand on the trophy which can be secured this Saturday.

Rhys Sarson put Stags ahead in the first-half with his strike at the back post from a corner, but Bradford’s Kielen Adams pulled a goal back before half-time.

Bradford came out in the second-half as the stronger side, but Stags showed the resilience that they have showed all season to find the winning goal in the last 15 minutes through Nyle Blake.

The game had a lively start, and saw both sides immediately involved in a midfield battle. Stags passed the ball well in the opening exchanges, and were the better side.

John Dempster’s side were finding plenty of joy through Iyrwah Gooden, with the midfielder drifting from his central position to pick up the ball out wide and cause Bradford real problems.

Despite Stags’ dominance, it was Bradford who created the first half-chance of the affair. Matthew Birchall appeared to have a clear look at goal, but centre-back Lewis Gibbens charged down the ball to block his strike to great effect.

Mansfield were moving the ball confidently throughout the first-half, but only created their first opportunity in the 14th minute. Midfielder Keaton Ward curled a free-kick towards the back post, and when it eventually fell to Aiden Walker, he poked his effort towards goal. Despite this, his strike lacked venom and was held by Bradford ‘keeper Alfie Darke.

Stags then pushed on to create a series of opportunities, with the first falling to striker Rhys Sarson. Ward’s delivery met the head of the forward, who flicked his header just wide of the far post. Walker then had another chance to open the scoring, but his header from Ward’s free-kick went just over.

It did not take long for Stags to turn their pressure into the opening goal through Sarson. An in-swinging corner somehow managed to trickle through the sea of bodies to find the striker at the back post, who made no mistake in putting his side ahead with an emphatic finish.

Just minutes later, Gooden created a chance to double Stags’ lead following some individual brilliance. He skipped past several challenges to work some space just outside the box, but could not keep his resulting effort below the bar.

Despite the Stags’ pressure, Bradford defended well and managed to get a goal of their own in the 39th minute. Adams brought the ball down well on the right-side, before carrying the ball confidently and pulling the game back level with a low finish to the far post.

Bradford looked a different side following the break, yet it was Mansfield who had the first opportunity to retake the lead. The ball fell to Riley O’Sullivan on the edge of the opposing penalty area, yet he saw his powerful volleyed effort well saved by Darke. Following this, Gooden appeared to be brought down in the box, but claims for a penalty were waved away by the referee.

It was then Stags’ goalkeeper Xavier Sundby’s turn to be called into action. Bradford wing-back Jeremie Milambo found space just inside the Mansfield box, but Sundby reacted superbly to his strike to firmly push the ball round his far post for a corner.

The game then entered a quiet period, and with Bradford passing the ball well, it seemed as if the title celebrations were going to be put on hold for at least another few days for the Stags. With the home side having the bulk of possession, Stags were made to create chances on the counter, and nearly found their goal through Gooden late on. Gibbens flicked the ball towards the midfielder in the box, but his resulting header went just wide.

Just a couple of minutes later, Stags found their title-winning goal. Some fantastic work by Walker on the right-side of the Bradford box granted him enough room to put in a driven ball across the box, where Blake was waiting at the back post to fire home.

It was then just a case of holding on for the Stags, who did exactly that, showing why they have the best defensive record in the division.

The win today means that Stags have won their third successive Youth Alliance title, having only lost one league game all season and still having three games to play. They next face Grimsby Town on Saturday 28 April at Rainworth Miners Welfare, and will look to extend their impressive form.