The Stags have not lost in their previous six matches, winning four.

Mansfield won both of their play-off semi-finals against Northampton, 2-1 and 1-0, respectively.

Vale have lost four of their previous six matches.

A 6-5 win on penalties in their play-off semi-final second leg versus Swindon secured the Valiants' place at Wembley.

The referee for the clash Jarred Gillett. Mr. Gillett will be assisted by Neil Davies, Nick Greenhalgh and fourth official, James Linington.

Mansfield have sold over 15,000 tickets for Saturday’s mouth-watering encounter.

The club has been allocated 30,147 tickets for the East End of Wembley Stadium. Tickets will be sold from the North End round to the South End.

Pricing categories at Wembley Stadium are split into three sections: there is a concession rate for supporters aged 62 and over as well as for children aged 16 and under, young adult rates will be offered for those aged 17-21.

Coaches will depart at 9.30am from One Call Stadium.

Please note that car parking at One Call Stadium will be VERY limited so please consider being dropped off or using a car share.

Seventeen SSA coaches will be heading down to the Capital.

No further coaches are available.

No alcohol will be allowed on board.

Sandy’s Bar & Kitchen will be open from 7am, serving delicious Full English Breakfasts.

The bar will also be selling Stags’ Wembley merchandise.

For information on which pubs Mansfield supporters can use near Wembley, click here.

For train information for supporters travelling via railway, click here.

Goals from strikers Kian Harratt and James Wilson on 20 and 24 minutes, respectively, put the Staffordshire club ahead.

Despite an improved second-half performance from the Stags, Vale added their third through former Mansfield man Mal Benning on 85 minutes.

Manager Nigel Clough named two changes to the Stags’ side that steered the club Wembley-bound in Mansfield’s 1-0 second-leg victory at Sixfields ten days ago.

The referee’s opening whistle signified the beginning of the highly-anticipated contest inside an atmospheric Wembley Stadium as each team’s impressive hoard of lively fans roared on the opening stages.

The game adopted a nervy start as both sides battled for possession.

The Stags crafted the first opportunity inside seven minutes when Stephen McLaughlin swung a deep free-kick into the Vale box to win a corner. The subsequent short-corner routine was played to Murphy, who dribbled closer to the box and guided an enticing ball beyond the back post, narrowly evading Oli Hawkins’ lurking boot which was poised to fire home.

A minute later, Mansfield were in again. After Matty Longstaff’s delivery into the box from the right wing was allowed to bounce in front of the Vale goal, Murphy headed the ball goalwards from the centre of the box to force an important reaction save from stopper Aidan Stone on eight minutes.

Stags’ left-back Stephen McLaughlin again pushed the team up field on 14 minutes after his chipped pass over the top of the Vale defence almost played Rhys Oates through on goal. However, Stone rushed from his line to head the danger clear.

The Valliants’ presence in the game was rejuvenated on 19 minutes after Mal Benning’s pass to striker Kian Harratt was steered onto the inside of the post by the youngster’s curled edge-of-the-box effort.

A minute later, Vale took the lead through the same combination. This time Benning’s delivery from the left was curled in behind the Stags’ defence to allow Harratt to finish the chance with a diving header from close range.

With the lead, the Staffordshire club gained momentum, and doubled their advantage five minutes later. After right back James Gibbons was played up the wing, the Vale man delivered the ball to midfielder Ben Garrity, who nodded it onto the crossbar from inside the box. Subsequently, the ball cannoned of the woodwork and into the path of striker James Wilson who headed in Vale’s second with a comfortable finish.

Mansfield were reduced to ten men on 35 minutes after Hawkins was shown a second yellow card for a late challenge on Wilson. It followed his first caution on the half- hour mark.

Despite their one-man deficit, Mansfield came an inch away from scoring. After Stone spilled McLaughlin’s cross into the box, Oates prodded the loose ball goalwards from close range only to be denied by the clearing boot of defender Connor Hall on the goal-line who preserved Vale’s lead at half-time.

Darrell Clarke’s men controlled possession following the break and Jake Taylor came close to adding a third after the midfielder swung an edge-of-the box volley around Mansfield’s left-hand post from a central position on 53 minutes.

Stags absorbed Vale’s pressure and soon put their opponents on the back foot as Mansfield built up momentum on the hour mark. The travelling amber and blue support aided their team’s efforts in the stands as Mansfield looked to help turn the tide.

Vale had a goal ruled out on 64 minutes after Benning’s drilled corner was helped on by Wilson to play in Harratt, who converted the chance from an offside position inside Mansfield’s six-yard box.

Clarke’s men had another ruled out for offside six minutes later when Harry Charsley was slid through by Benning, but the former Stags midfielder was comfortably beyond the last defender as he placed the ball past Bishop.

Mansfield continued their pursuit of a goal and Oates forced a smart save from Stone two minutes later. The ball settled nicely for the Stags’ attacker outside the box before he controlled and fired it towards the right side of the goal, but Stone’s near-post parry denied him.

Two minutes later, Mansfield’s number 18 worked his way in from the right wing to smash the ball across the face of goal, narrowly evading the far side of the target as Stags continued to work hard.

Vale netted their third on 85 minutes when David Worrall’s right-sided cross was guided home by a Benning volley from inside the box to seal the contest.

The defeat ends a season of significant progress for Mansfield; one which saw Stags second from bottom in the table in October, and though the final hurdle could not be passed, Nigel Clough’s men have laid good foundations ahead of 2022-23, which starts nine weeks today. 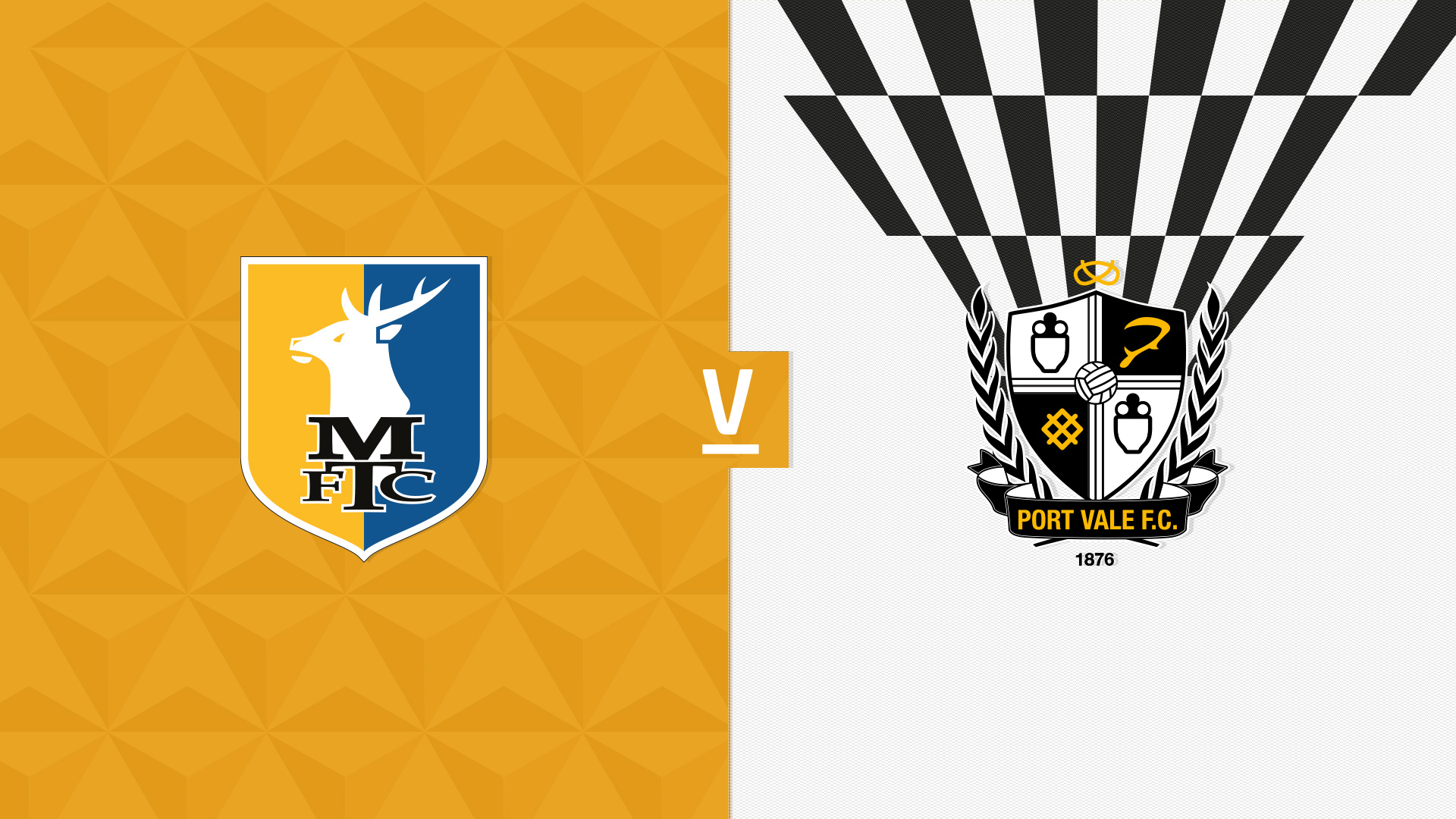 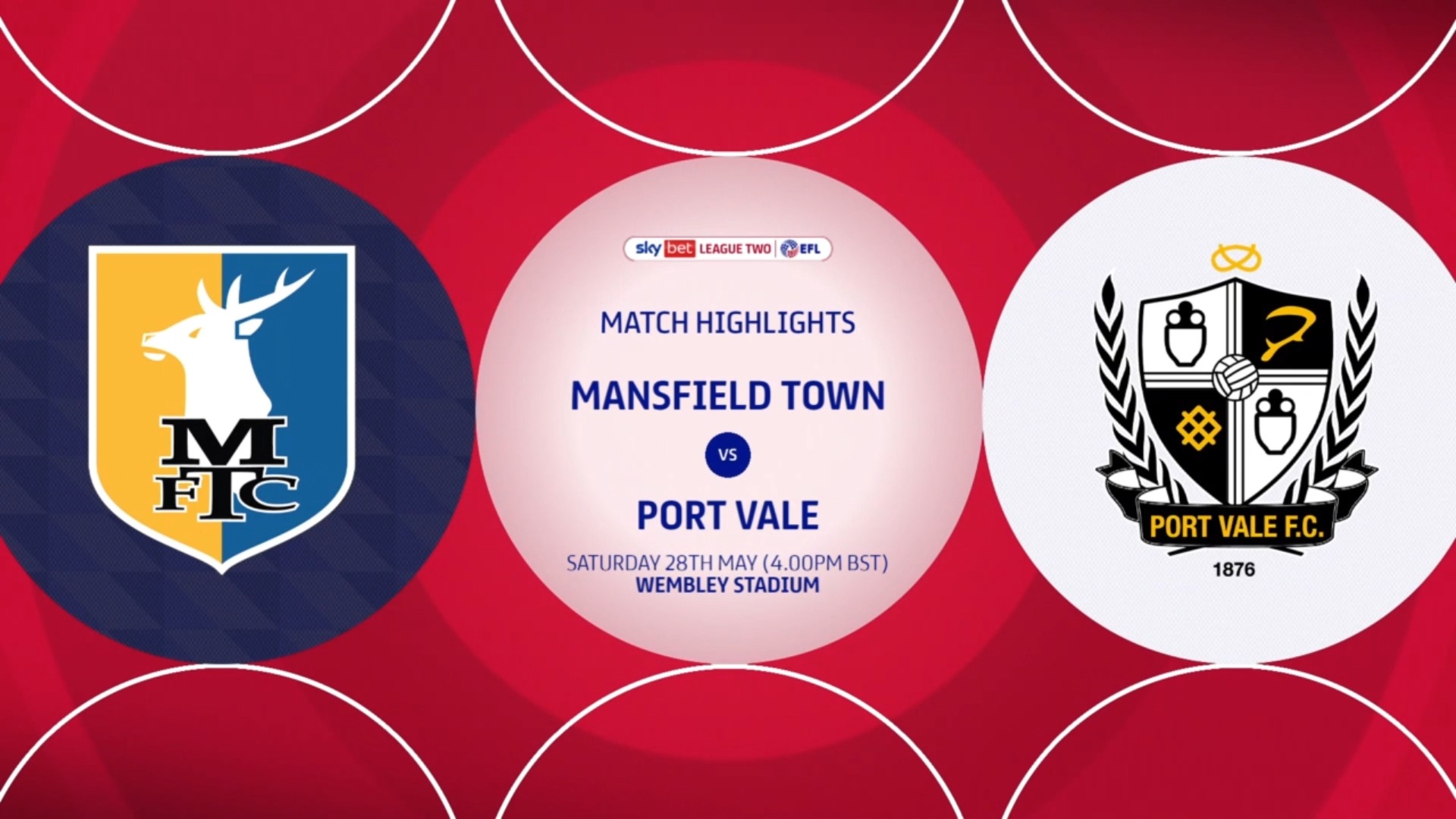 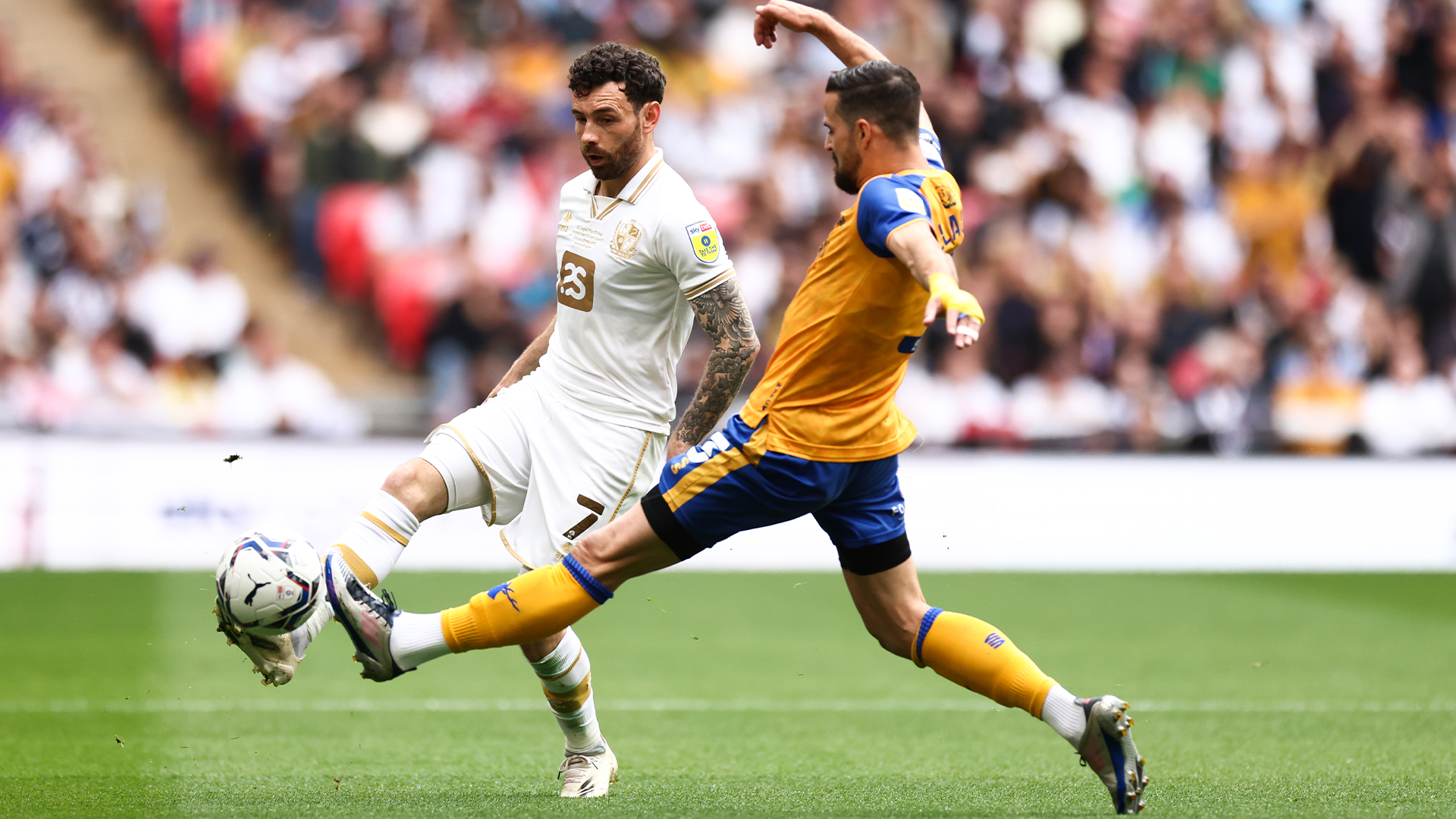