Defender Oli Hawkins is eligible to return to the Stags’ squad after missing the last two matches through suspension.

Mansfield are on an excellent run of 14 games without defeat in Sky Bet League Two.

The club sit in the play-off positions, in sixth place.

Friday’s hosts have the same number of points as Mansfield (56) and sit one place behind in the league table but have played three more games.

Rovers are without a victory in their previous five matches.

The last time the two sides met was in October 2021. Mansfield were 2-0 winners at One Call Stadium courtesy of goals from Rhys Oates and Danny Johnson.

Since the victory, the Stags have played 17 league matches; won 13, drawn three and lost just once.

The referee for the weekend’s match is Andy Haines. Mr. Haines will be assisted by Billy Smallwood, Oliver Bickle and fourth official, Lewis Smith.

The first two allocations for the match of 500 and then a further 200, respectively, have sold out.

The club has since received an extra 200 tickets for the match.

Tickets will go off sale at the ticket office at 12 noon on Friday 11 March.

Tickets will be available to buy on the day of the game, but with a £3 increase in each age category.

Pre-purchased ticket prices are as follows:

* Young Person category: Tranmere will require ID and adopt a strict ID policy. The club do not accept student ID cards. ID with a date of birth must be produced.

** Disabled Concession is based on the following criteria:

There are only limited seats available to book.

Coaches will be departing One Call Stadium at 3pm on the day of the match.

UK and overseas iFollow Stags subscribers can watch the game live for just £10.

You can follow all the action from our clash away at Tranmere live via our Twitter match updates from here.

Mansfield Town’s run of 14 league games without defeat came to an end following a narrow 3-2 at Tranmere Rovers this evening.

It looked like Stags would salvage a point, thanks to a Oli Hawkins header from a corner in stoppage time, but Elliott Nevitt’s second goal of the game on 90+5 minutes decided the contest in Rovers’ favour.

Manager Nigel Clough made one change to the team that beat Exeter City 2-1 at One Call Stadium a week ago. Following suspension, Hawkins returned to the centre of Stags’ defence, with Elliott Hewitt switched to right back, and Jordan Bowery moved to the bench.

This hotly-anticipated contest began in even balance under the lights at a lively Prenton Park.

However, it was the hosts who took the lead on five minutes. Kieron Morris’ in-swinging corner found Calum MacDonald at the back post, who headed the ball back across the face of goal for Tranmere captain Peter Clarke to nod across the goal line.

Mansfield reacted well to going behind and almost carved open the Tranmere defence on 11 minutes.

Stephen Quinn controlled a difficult ball well in the midfield before finding left-back Stephen McLaughlin. The Irishman advanced further down the wing before his grounded cross into Jamie Murphy was cut out, just as the forward was coiled to strike from inside the box.

George Maris was introduced from the Mansfield bench on 19 minutes, replacing Lucas Akins who had taken a knock.

At the other end, Mansfield almost found a way through on 37 minutes. Hawkins’ fizzed-pass into Rawson on the edge of the box was knocked into the path of Oates who, from the centre of the box, saw his first-time effort agonisingly saved by ‘keeper Joe Murphy.

Four minutes later, Oates was causing Tranmere further problems. The striker picked the ball up in midfield and muscled his way into the box with a driving run which was ended by Joe Murphy’s near post save to deny the 27-year-old’s tight-angled effort.

Having worked their way back into the game well, the visitors justly drew level in the sixth minute of added time at the end of the first-half.

McLaughlin drifted into space on the left side of the box to receive the ball and deliver a tricky cross to the back post. Mansfield midfielder Matty Longstaff reacted sharply to latch onto the delivery and smash it into the roof of the net to level the scores before the break.

The Stags restarted the second period on the front foot by testing the Tranmere defence straight after half-time. However, it was the hosts that yielded the first key chance of the half on 52 minutes.

Paul Glatzel worked his way into the Mansfield box to turn and shoot from ten yards out before Stags’ sub Maris bravely threw himself in the way to deny the forward’s effort.

Seven minutes later, Tranmere’s Josh McPake advanced into the Stags’ box to rattle the post from a tight angle.

The hosts experienced the majority possession in the following 15-minute period and retook their lead on 76 minutes. Having been played through one-on-one with Bishop, substitute Elliott Nevitt slotted the ball into the back of the net for Tranmere’s second goal.

Stags attacked immediately from the restart and had a key chance on 88 minutes as Oli Hawkins agonisingly headed Longstaff’s guided cross wide of the post.

Mansfield’s number 12 rectified his miscue by firing the Stags level three minutes later. Murphy’s whipped in-swinging corner picked out the towering defender in front of goal who drove the ball convincingly into the Tranmere net with his head.

With just over a minute remaining, Nevitt scored his second of the game to regain Tranmere’s lead in the dying embers.

Mansfield are back in action at Port Vale on Tuesday evening. 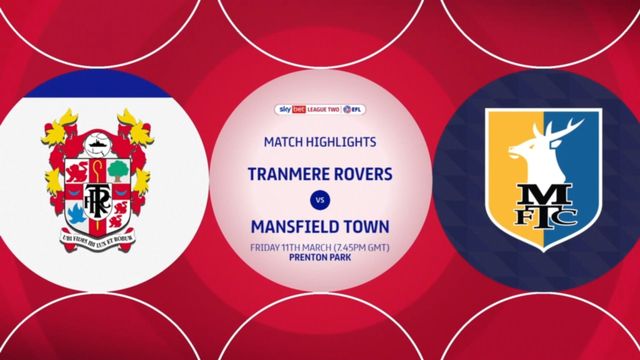 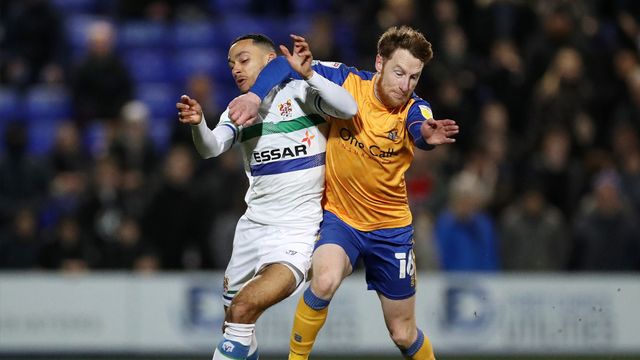