Manager Nigel Clough said trio Matty Longstaff, Stephen McLaughlin and Stephen Quinn all sustained ‘knocks’ from the win away at Oldham at the weekend.

Midfielders Ollie Clarke (groin) and George Maris (hamstring) will be assessed prior to the fixture.

Mansfield have lost just twice in their previous 18 league matches.

The Stags sit just one point off the play-off positions with three games in hand on some of the teams above.

The last time the two sides met was on Boxing Day last year. Mansfield won 3-2 at One Call Stadium.

Tickets for our clash with Hartlepool are avilable online via Hartlepool’s ticketing website, as per the host club’s ticketing policy for away ticket purchases, and from our hosts’ main ticket office on matchday.

A total of 695 tickets have been allocated. No further tickets can be made available.

Tickets are on general sale and can be bought online via the following link:

Please note that prices will increase by £1 on match day and will only be available subject to availability.

Any wheelchair accessible tickets can be purchased by contacting Hartlepool’s ticket office on 01429 272584.

The Coach(es) will be departing One Call Stadium at 3pm on the day of the match.

You can follow all the action from our clash away at Hartlepool live via our Twitter match updates from here.

Mansfield Town made it seven points from the last three away games, but were made to settle for a draw this evening at Hartlepool.

Midfielder George Lapslie opened the scoring for the Stags by firing home his second goal in as many games on 21 minutes.

Perch doubled Mansfield’s lead with a fine looping header into the back of the net from the centre of the box just five minutes later.

But two goals in quick succession for the hosts, courtesy of Joe Grey and Luke Molyneux, levelled the contest shortly before half-time.

Manager Nigel Clough made four changes to the team that earned a dramatic 2-1 victory at Oldham Athletic on Saturday.

Midfielders Matty Longstaff and Kieran Wallace took up places on the Stags’ bench, whilst Ryan Stirk and George Lapslie started.

Forward Jordan Bowery replaced Rhys Oates, who began from the bench against his former club. Left-back Stephen McLaughlin was also named as a substitute, whilst versatile player Lucas Akins made his first start since the club’s fixture with Tranmere Rovers on 11 March.

The first chance of the game was carved out by the hosts as Hartlepool midfielder Bryn Morris curled a shot into the arms of Nathan Bishop from the edge of the box after 60 seconds.

Mansfield worked the ball between themselves well in the following period as they looked to open up Hartlepool.

They very nearly did so on 13 minutes when Stirk wriggled into the box to shoot, forcing a strong parry from Ben Killip, the home goalkeeper. Jamie Murphy did well to recycle the rebound by floating a cross to Lapslie at the far post, whose shot was blocked from close range, before Bowery’s follow-up effort was held by Killip.

Following a period of sustained possession, Mansfield took the lead on 21 minutes. Clever play from Murphy saw him feed the ball into the feet of Akins inside the box, who backed into his marker and clipped a short pass to Bowery. The Mansfield number 9 did superbly to knock the ball first time into Lapslie, who made no mistake by thumping it into the back of the Hartlepool goal.

Shortly afterwards, attacker Murphy pulled up with an injury following an encouraging performance and was replaced by midfielder Jason Law.

That didn’t stunt Stags’ momentum and they doubled their lead just five minutes after going ahead. Quick feet from Lapslie on the right wing allowed him to break free of his defender, before the 24-year-old delivered an outstanding cross to James Perch inside the box. The experienced defender met the cross with a looping header, taking Killip out of the equation before the ball nestled perfectly into the back of the net.

With momentum firmly theirs, Mansfield came close to adding a third on the half-hour mark. The ball broke nicely for Akins, who drove through the midfield before his left-footed effort was palmed back to him by Killip. However, Akins’ follow-up header was held by the Hartlepool ‘keeper who had come from his line.

Hartlepool then turned the game on its head with a quick-fire double.

With four minutes of the half remaining an accurate long ball over the top played in full-back Jamie Sterry, whose tight-angled shot was parried by Bishop before Joe Grey converted the follow-up.

Two minutes later, Hartlepool levelled the score. A fast-paced counter-attack from the hosts ended when Luke Molyneux driving the ball into the bottom right corner of the goal from the edge of the box.

Mansfield began the second period on the front foot as Lapslie set-up Stirk on the edge of the box but the midfielder clipped his effort over the bar on 48 minutes.

Hartlepool looked to hit the Stags on the counter and Isaac Fisher tested Bishop from the edge of the box on the hour. However, the Stags’ stopper was able to dive to his right and hold the effort

Stags looked to up the ante as Hewitt’s driving run from right-back worked the ball to Stephen Quinn on edge of the box, but the midfielder’s powerful first-time effort skidded wide of the post.

That would be the Irishman’s final contribution as he was replaced by former Hartlepool striker Oates on 67 minutes.

The in-form frontman almost made an immediate impact after being played through on goal, however Oates’ shot from the edge of the box trickled agonisingly wide of the bottom right corner.

Following a sustained attack, Stirk broke free on the edge of the box before being hacked down by a Hartlepool man. However, Oates drove the subsequent 20-yard free-kick into the wall and Law volleyed the rebound effort over the bar.

Mansfield dominated possession in the closing stages but they were unable to break down the Hartlepool defence.

The hosts squandered a key chance with a minute remaining as Molyneux blasted wide having been played through one-on-one with Bishop.

Mansfield are now three games unbeaten before the Stags’ important promotion clash with Northampton Town at One Call Stadium on Saturday. 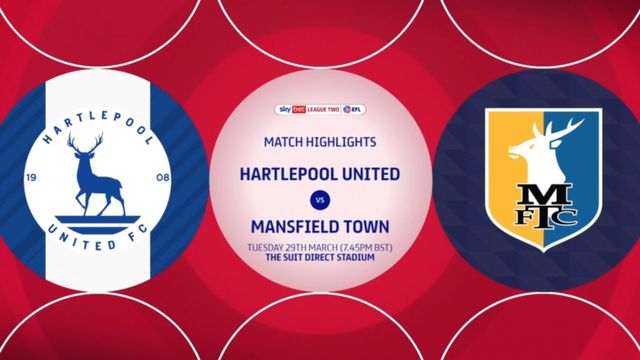 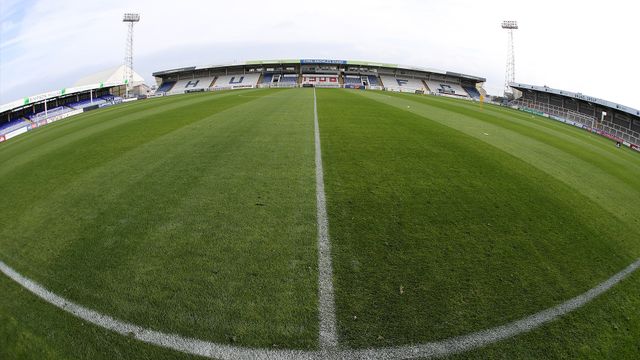