Callum Chippendale's first half strike was enough to separate Matlock and Mansfield as the Stags completed their second match of pre-season.

Mansfield were still without a number of players, self-isolating after receiving a notification through the NHS Track and Trace system.

It meant that the same squad used for the 9-1 win at Retford United was again utilised, with the addition of new front man Rhys Oates.

In the opening minute, giant striker Ollie Hawkins rose high to flick forward following a route one ball from goalkeeper Owen Mason. But the un-named, Matlock goalkeeper, a trialist, gathered just as Danny Johnson was set to connect inside the box.

Matlock were forced into an early change as Alex Wiles couldn't continue and was replaced by Declan Walker.

Stags' skipper Ollie Clarke undid the Matlock defence in the eighth minute with a sliding pass,  but the home 'keeper again got there first, this time denying Rhys Oates the chance to shoot from the left of the box. 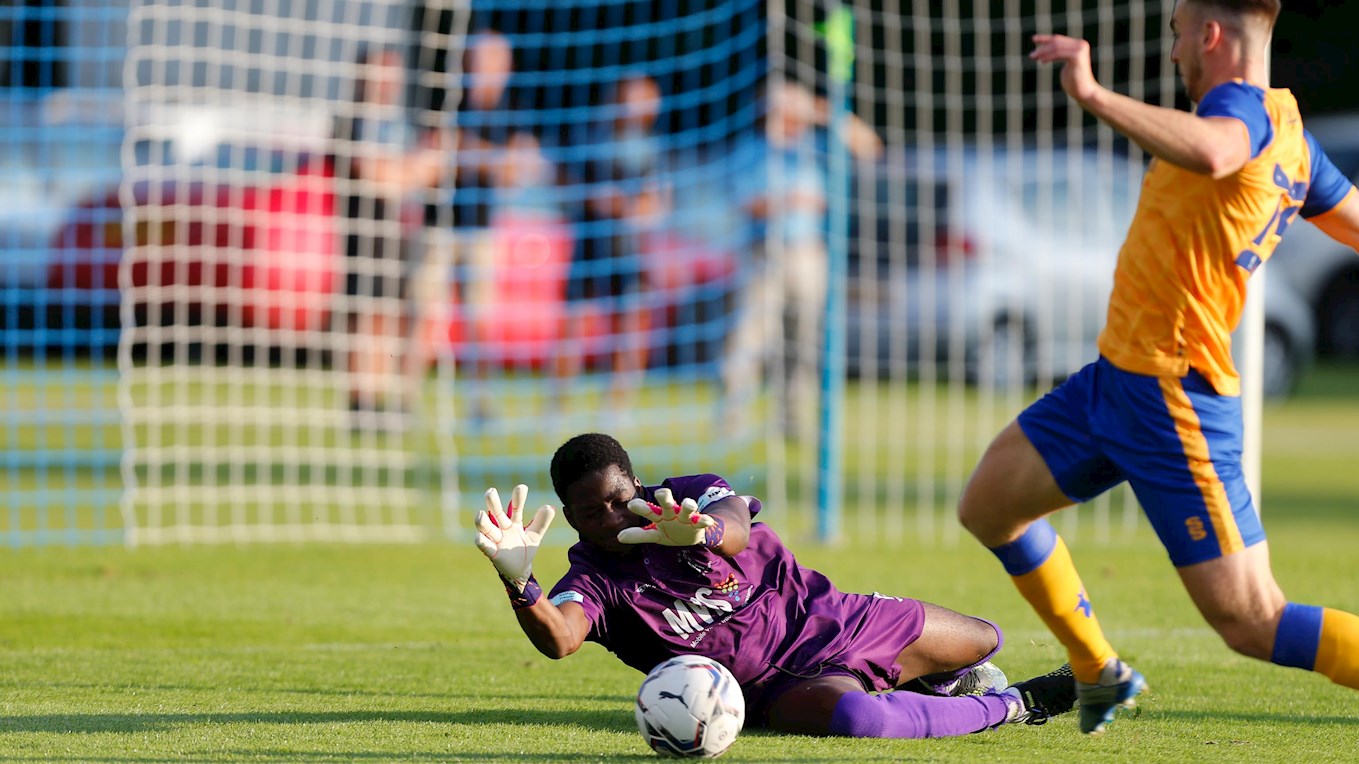 George Laplsie, playing in front of the back four, tried his luck with a 30-yard thunderbolt, but again the Gladiators shot stopper was well behind it.

Matlock turned the game on its head with an eleventh minute breakthrough.

Midfielder Alex Byrne showed magnificent vision to send a clever ball over the Stags' defence to burly forward Liam Hughes inside the box. And the Matlock captain pulled it back for Callum Chippendale who finished from ten yards.

Lapslie then sent a shot over the bar from outside the box and Kellan Gordon forced a corner with a deflected, 20-yard effort. But it came to nothing.

In the 28th minute, Stephen McLaughlin tested the 'keeper with a curling attempt from the edge of the area, only to see it parried and cleared by a Matlock defender.

Unusually for pre-season, a yellow card was issued, for Matlock's Reece Kendall following a strong challenge on George Lapslie.

With seven minutes of the first half remaining, Matlock launched a long throw into the box, but Hughes' header was routinely claimed by Stags' goalie Owen Mason.

Matlock squandered a better chance on 40 minutes. After a defensive mix-up, Jonathan Wafula surged clear through on goal, but his low, hard strike was expertly beaten away by 'keeper Mason.

Reece Kendall nodded well wide at the far post following a decent free-kick from Byrne as Matlock ended the first half with a slender advantage.

In the only change for the Stags at the break, Tyrese Sinclair replaced Rhys Oates, to slot in behind the striking duo of Hawkins and Johnson.

And the lively, attacking midfielder made an immediate impression within three minutes of the restart with a well-taken corner, but captain Ollie Clarke directed his header just wide.

As the encounter closed in on the hour, Hawkins headed over from another Sinclair corner.

Five changes were made by the Stags in the 61st minute.

On 65, Sinclair fired a cross-cum-shot beyond the goal area and out for a throw-in.

Ollie Clarke saw a yellow card for a challenge in the 72nd minute.

Stags continued to enjoy the lion's share of possession and Sinclair tried his luck from the edge of the box, with a deflected shot that found its way into the 'keeper's gloves. 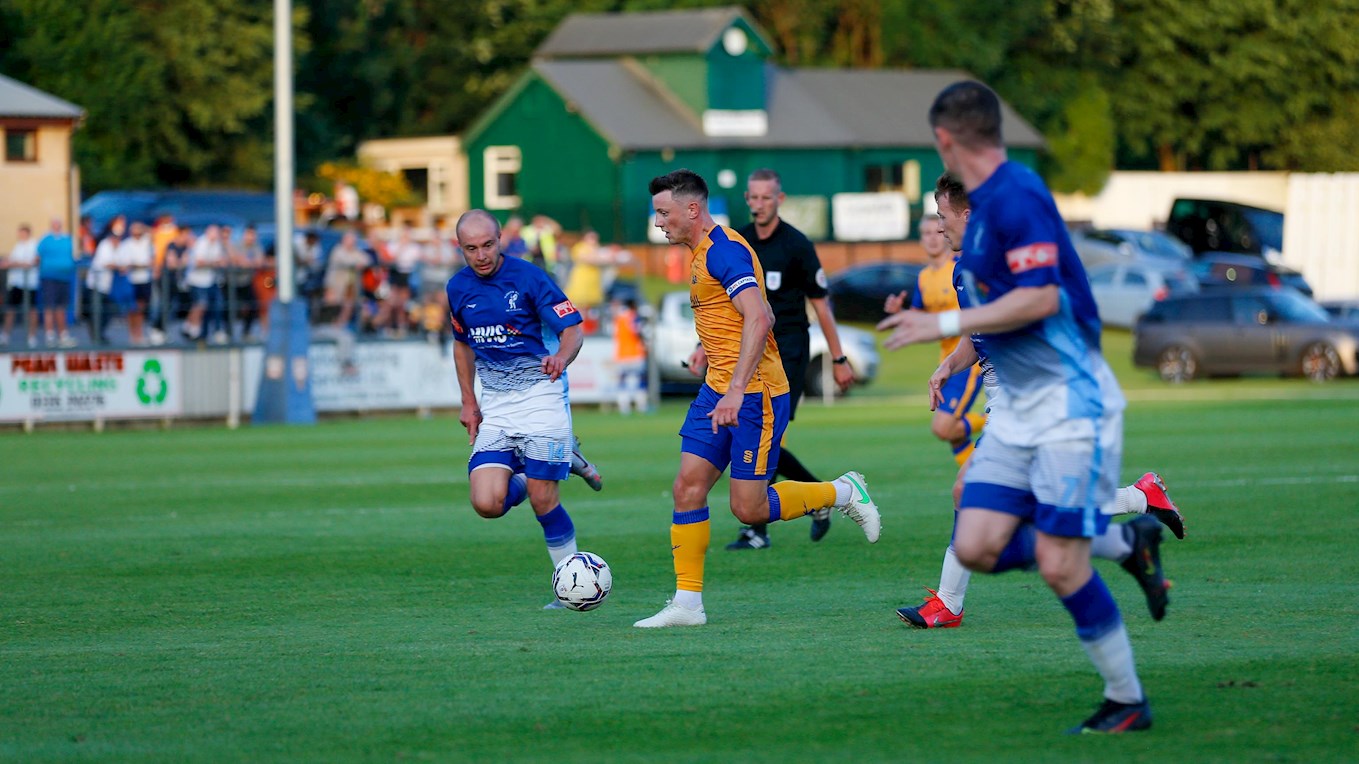 Captain Clarke burst forward with 11 minutes to play, slipping it to O'Keeffe, whose shot was well charged down.

Matlock were down to ten men with eight minutes left after an un-named trialist was shown a second yellow card for pulling back Nathan Caine.

Stags then also withdrew Elliott Hewitt, after a slight thigh pull, as the numbers evened.

Mansfield continued to threaten but were unable to get on the scoresheet, though the added pre-season minutes for Nigel Clough's squad will count for more.