The Stags face Bristol Rovers on the road this Saturday (12 February) for a Sky Bet League Two clash (3pm). Here’s all you need to know…

Kellan Gordon and George Lapslie will both miss the fixture as they continue rehabilitation on their respective injuries.

The Stags are on a run of ten Sky Bet League Two matches unbeaten.

Mansfield are currently 5th in the league table, three points off the top three.

The weekend’s hosts lost 2-1 in their previous fixture away at Oldham Athletic.

The last time the Stags met Rovers was in the two sides’ first game of the 21/22 season. Mansfield were 2-1 winners, Oli Hawkins and Danny Johnson were the goalscorers for the Stags on the day.

The referee for the weekend’s match is John Busby. Mr. Busby will be assisted by Mark Pottage and Lee Venamore.

Tickets for the contest are unavailable to purchase online.

Seating tickets have sold out, only standing tickets are available for purchase.

Bristol Rovers tickets can only be purchased by the following:

-Visiting the ticket office in person at One Call Stadium (up until midday on Friday 11 February).

Standing tickets can also be purchased on the day of the game from the Bristol Rovers ticket office.

The last day the club can post tickets of Tuesday 08 February has now expired.

We have been given six pairs of wheelchair disabled and carer tickets. Ambulant disabled (must be in receipt of DLA or PIP at the higher level or middle rate for mobility) tickets are priced as the below, which includes a free carer’s ticket.

Sandy’s Bar & Kitchen will be serving Full English Breakfasts from 7am.

The coaches will be departing One Call Stadium at 9am on the day of the match.

You can follow all the action from our match away at Bristol Rovers live via our Twitter match updates from here.

Mansfield Town extended their unbeaten run in the league to 11 games as the Stags battled to a 0-0 draw with Bristol Rovers at The Memorial Stadium.

A hardworking performance from the Stags ensured the fine unbeaten run remained intact.

Manager Nigel Clough named three changes to the side that defeated Colchester United 2-1 at home in midweek.

Former Bristol Rovers man, Ollie Clarke, captained the Stags at The Memorial Stadium. George Maris was named on the bench.

New loan signing Matty Longstaff made his highly-anticipated Mansfield debut, replacing Ryan Stirk in the line-up. Goalscorer against Colchester, Jordan Bowery, was also brought into the side, in place of defender Stephen McLaughlin.

Mansfield demonstrated their intent immediately from the kick-off as Rhys Oates dribbled the ball from the centre circle into the Rovers box, shrugging off Rovers men only to be tackled at the final hurdle.

The Stags continued to take up advanced positions in and around the Rovers box in the early stages. Lively midfielder Longstaff worked himself into space outside the area before driving a 30-yard effort into the arms of James Belshaw on ten minutes.

Mansfield forced another opportunity five minutes later. A weak, headed clearance from a Rovers man fell kindly for Murphy, who was lurking on the edge of the box. The Scotsman’s half-volley was executed with venom as it whipped narrowly over the crossbar.

The following 15 minute period became a battle between the two sides, largely in midfield as Mansfield showed impressive grit in slippery and windy conditions to maintain their positive play.

Having worked the ball into a wide area well, Akins skipped clear of his marker on 42 minutes to whip a tempting delivery into the box. Clarke’s late run into the area coincided with the cross but the skipper’s glancing header skidded wide.

Despite a limited amount of goalmouth action, Stags controlled the first half of play in testing conditions.

In the second period, Stags did well to withstand Rovers’ early pressure and deny them a clear-cut opportunity at goal.

Longstaff helped Mansfield to progress up the field following a broken-down Rovers attack on the hour mark. The loanee’s tempting delivery into the box picked out Clarke who saw his headed effort saved.

The Stags’ defender was in amongst the action again just a minute later as Aaron Collins was adjudged to have dived inside the box after the two came together. The Bristol Rovers number 10 was shown a yellow card by referee John Busby.

Soon enough Mansfield were up the other end of the pitch in search of an opener. Longstaff’s ball into Oates was collected by the striker, who drove into the box before Connor Taylor made a late sliding challenge as the Stags’ number 18 pulled the trigger. Oates though was injured in the altercation and he was replaced by fellow striker Danny Johnson.

The visitors continued to work the ball around the host’s box however, Rovers’ packed defence made space in front of goal limited.

Stags head into their next league fixture at play-off hopefuls Newport County next week, 11 games unbeaten. 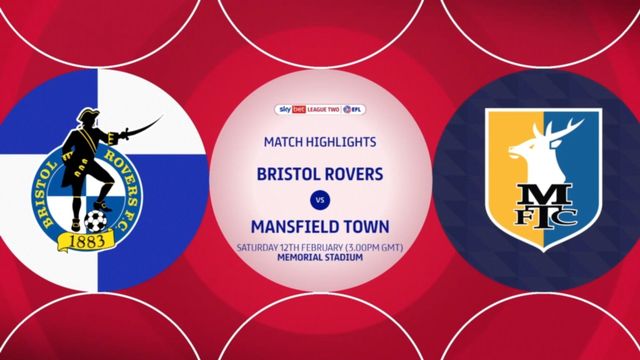 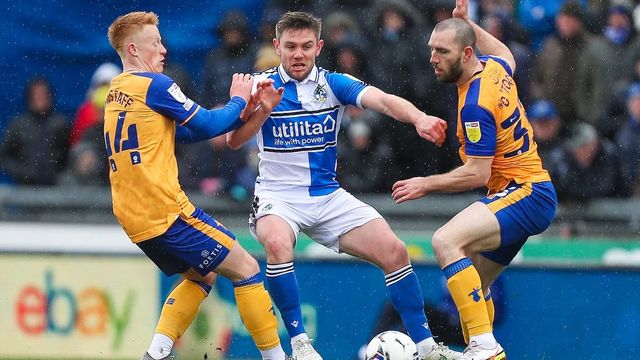