The Stags begin their Sky Bet League Two campaign on Saturday when they welcome Tranmere Rovers to One Call Stadium for a 3pm kick-off.

The Stags have one absentee for the clash, as defender Joe Riley continues his recovery from an ACL injury.

For the visitors, Corey Blackett-Taylor is a doubt for the clash after he came off in the first-half of Tranmere’s recent Carabao Cup clash against Harrogate Town.

The Stags were last in action on Tuesday evening against Manchester City under-21s in the EFL Trophy. The Cityzens ran out 3-0 winners in the clash following two late goals.

Tranmere were also in EFL Trophy action last time out, losing out on an extra point via a penalty shootout loss against Port Vale.

The referee for Saturday’s game against Tranmere Rovers will be James Bell, assisted by Declan Ford and Kevin Howick. The fourth official will be Lisa Rashid.

If you are a current season ticket holder and have not received your code, please check your spam or junk folder before contacting our ticket office. The email should have the subject line: ‘iFollow Stags voucher code: Mansfield v Tranmere.’ The email will be sent from mark.stevenson@mansfieldtown.net.

Mansfield Town concluded their opening Sky Bet League Two contest with just a point, despite a dominant performance against Tranmere Rovers at One Call Stadium.

The Stags came closest at either end of the fixture as they hit the woodwork inside 10 minutes, before young substitute Tyrese Sinclair forced a smart save in stoppage time.

However, there was to be no breakthrough in the 2020/21 curtain raiser, with the amber and blue having to settle for a single point and clean sheet.

And it was the Irishman’s charges that were intent on showcasing their endeavour from the opening seconds.

Mansfield were awarded the first corner of the afternoon and watched as it almost paid dividends. Peter Clarke, stationed at the back post under pressure from George Maris, crashed a header against the underside of the bar and somehow back out to safety.

Sensing an opportunity for a breakthrough, Andy Cook kept his foot firmly on the gas. A well-controlled touch eventually set his strike partner, Jordan Bowery, but the No. 9 scuffed his attempted drive.

Maris then spread play to the right flank – finding Corey O’Keeffe with precision – but the wing-back’s delivery was superbly blocked by Liam Ridehalgh as Cook awaited an easy finish in the centre.

Cook harried Manny Monthe into squandering possession before releasing Bowery into space, yet the striker was unable to settle the ball which allowed Scott Davies to pounce.

Next, it was Harry Charsley’s turn to try and carve an opening with some individual trickery but Tranmere’s defence remained resolute to hook clear.

O’Keeffe had been a consistent outlet down the right-hand side and almost produced a moment of brilliance to assist Cook. The 22-year-old feigned past Jay Spearing, leaving him enough time to pick out the striker, whose header unfortunately fell wide.

And after an unrelenting first half in Nottinghamshire, it seemed more of the same was forthcoming.

Within 15 seconds of the restart, Maris had delivered another brilliant cross towards Bowery but the striker had to stoop down to try and connect.

Coughlan’s men were enjoying a near-monopoly of possession in the second half and, yet again, drove forward through the determination of O’Keeffe. Skipping past two Rovers players, he scooped the ball onto the head of Cook but Davies was equal to the header.

Intensity expectedly dropped as the clock ticked towards full-time – leading to Nicky Maynard and Sinclair replacing Bowery and Charsley respectively.

Prior to the substitution, though, skipper Clarke was teed up by Cook before his vicious strike was smothered by Spearing.

The striker then tested his own luck from distance but Davies was able to shepherd his effort the wrong side of the upright.

And, in the dying minutes, substitute Sinclair very nearly fuelled a moment of high-end drama.

The 19-year-old struck a powerful drive towards Davies’ target and the Rovers ‘keeper made enough contact to scramble the ball clear.

Mansfield will take a solitary point alongside their clean sheet into next weekend when they travel to face Leyton Orient in their next league instalment. 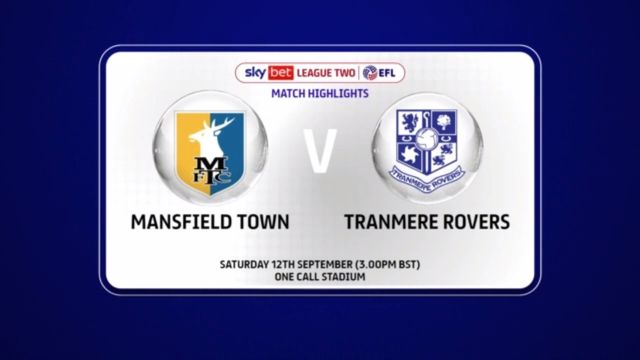 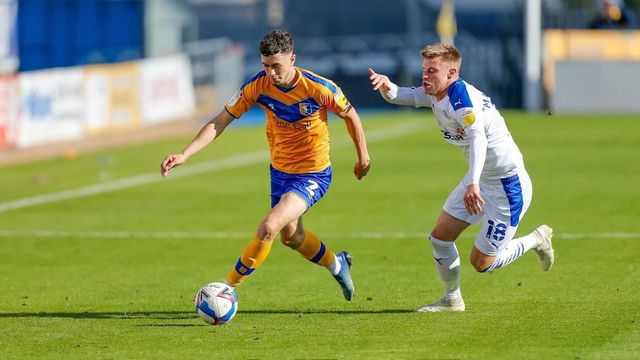