The Stags welcome Bradford City to One Call Stadium on Saturday for their latest Sky Bet League Two fixture. Here’s all you need to know ahead of the match…

Mansfield will be without Joe Riley, as the wing-back continues his recovery from an ACL injury suffered in pre-season training.

On midfielder Ollie Clarke, first team coach Jamie McGuire said: “We’re just waiting on the outcome [of Ollie Clarke’s injury]. He was a big miss on Saturday as he was just getting into his game.

The Stags head into Saturday’s game following a goalless draw against Stevenage last time out. Mansfield hit the post in both halves of the affair but could not find the breakthrough goal.

Bradford played in front of the Sky cameras on Monday evening, losing 1-0 to local rivals Harrogate Town at Valley Parade.

We last faced the Bantams in January 2020, a 3-0 Stags’ win at One Call Stadium. Mansfield produced a scintillating performance that afternoon, finding the net via Danny Rose, Nicky Maynard and Andy Cook.

Saturday’s referee will be Paul Howard, assisted by Abbas Khan and Paul Graham. The fourth official will be Trevor Kettle.

This weekend’s clash against the Bantams will be the first Stags’ fixture Mr. Howard has officiated.

If you are a current season ticket holder and have not received your code, please check your spam or junk folder before contacting our ticket office. The email should have the subject line: ‘iFollow Stags voucher code: Mansfield v Bradford.’ The email will be sent from mark.stevenson@mansfieldtown.net.

Mansfield Town were dealt a 3-1 defeat against Bradford City at One Call Stadium on Saturday afternoon.

Marek Stech was unable to claim a corner as the visiting side took an early lead, before Connor Wood added another just six minutes thereafter.

Clayton Donaldson then turned home from point-blank range to make it three in the second period, prior to new signing George Lapslie being sent off for two bookable offences, and Andy Cook notched a consolation header in the 85th minute.

Lapslie – announced on loan from Charlton Athletic on Thursday – came straight into the starting line-up for Harry Charsley, while Jamie Reid also made way for Jordan Bowery in attack.

Graham Coughlan’s side made an enterprising start with energy in abundance but were given an early warning through Dylan Mottley-Henry. The wideman was allowed to burst through the back-line and rifle a powerful effort into the side netting.

However, the hosts continued their pressing game and were almost duly rewarded with an opener.

Bradford goalkeeper, Richard O’Donnell, slipped as he attempted to clear the ball and inadvertently gifted Jordan Bowery a sight at goal. The No. 9 was thwarted, though, after the visiting shot-stopper recovered to make a fine save.

The Bantams began to gain an evident foothold in the contest before finding two goals in the space of six minutes.

First, Stech was unable to grasp and subsequently reclaim a high corner as it bounced across the goal line before Wood latched onto Harry Pritchard’s clever flick to double their lead at the far post.

Bowery and O’Donnell soon found themselves in another face-off with the latter closing down the angle to deny the striker from close range.

A Corey O’Keeffe punt and Rollin Menayese header quickly followed but neither attempt had the desired power to cause any notable concern.

Stuart McCall’s men pressed for a third at the close of the opening period but some timely interventions – specifically Ryan Sweeney on Lee Novak – prevented such a scenario from occurring.

Coughlan opted for reinforcements at the break and commandeered a trio of changes. Farrend Rawson, George Maris and Nicky Maynard were substituted in place of Mal Benning, Charsley and Cook respectively.

The latter then looked to make an instant impact as he lurked between two grey jerseys, before planting a header into the grasp of O’Donnell.

This came before Bradford were able to carve out a third. Novak raced to collect possession at the corner flag before backheeling to Wood, whose near-post curler was turned home by Donaldson.

And after Lapslie was given a second yellow for bumping into the back of City’s third goalscorer, Mansfield marked themselves on the scoresheet.

Cook rose highest from a corner and at the second attempt, following his earlier header, he planted his effort into the back of the net to give a minor lifeline in the final minutes.

Sweeney himself had a header saved, but the amber and blue were not able to muster a grandstand finish as they look to respond at Morecambe on Tuesday evening. 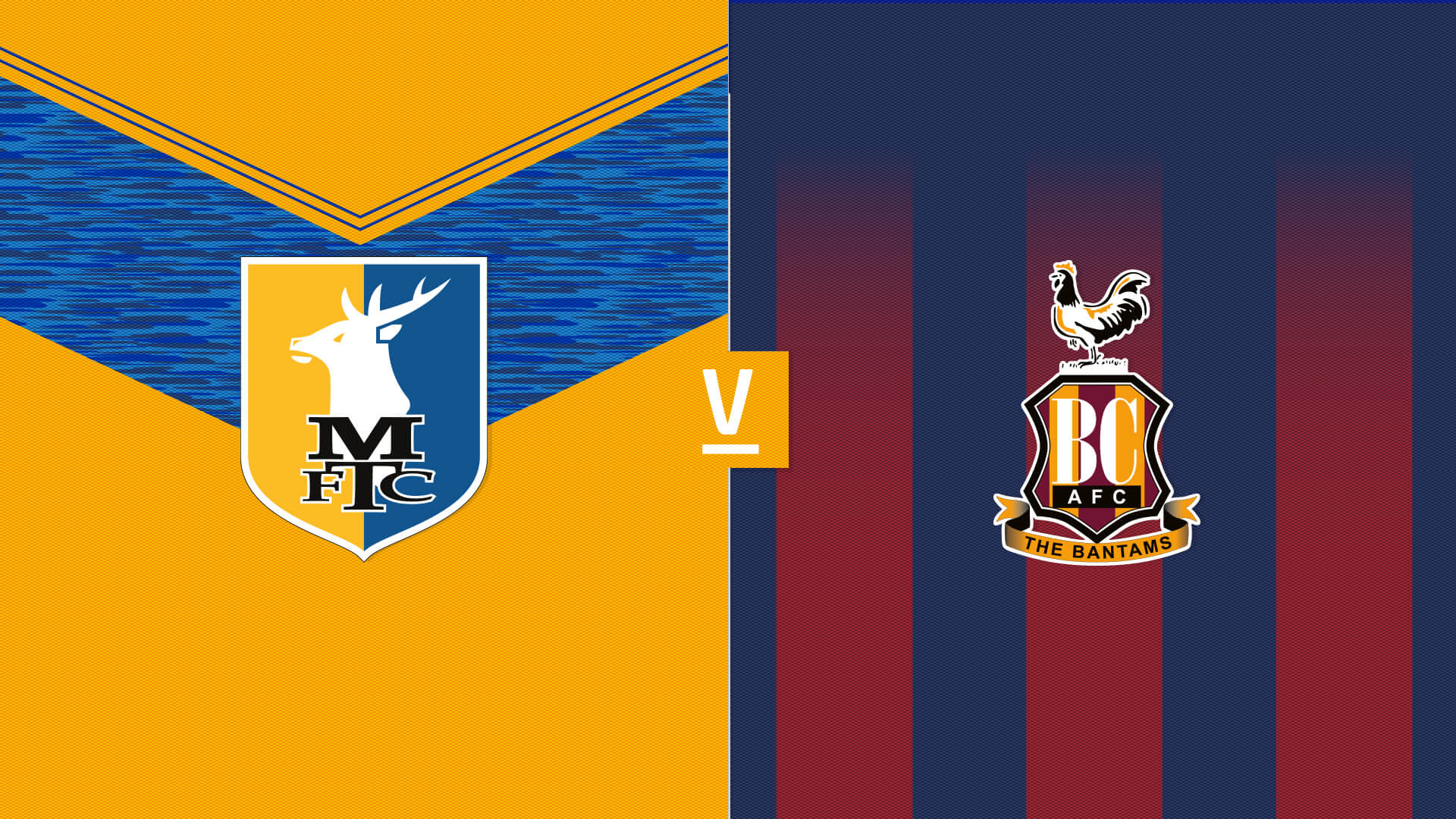 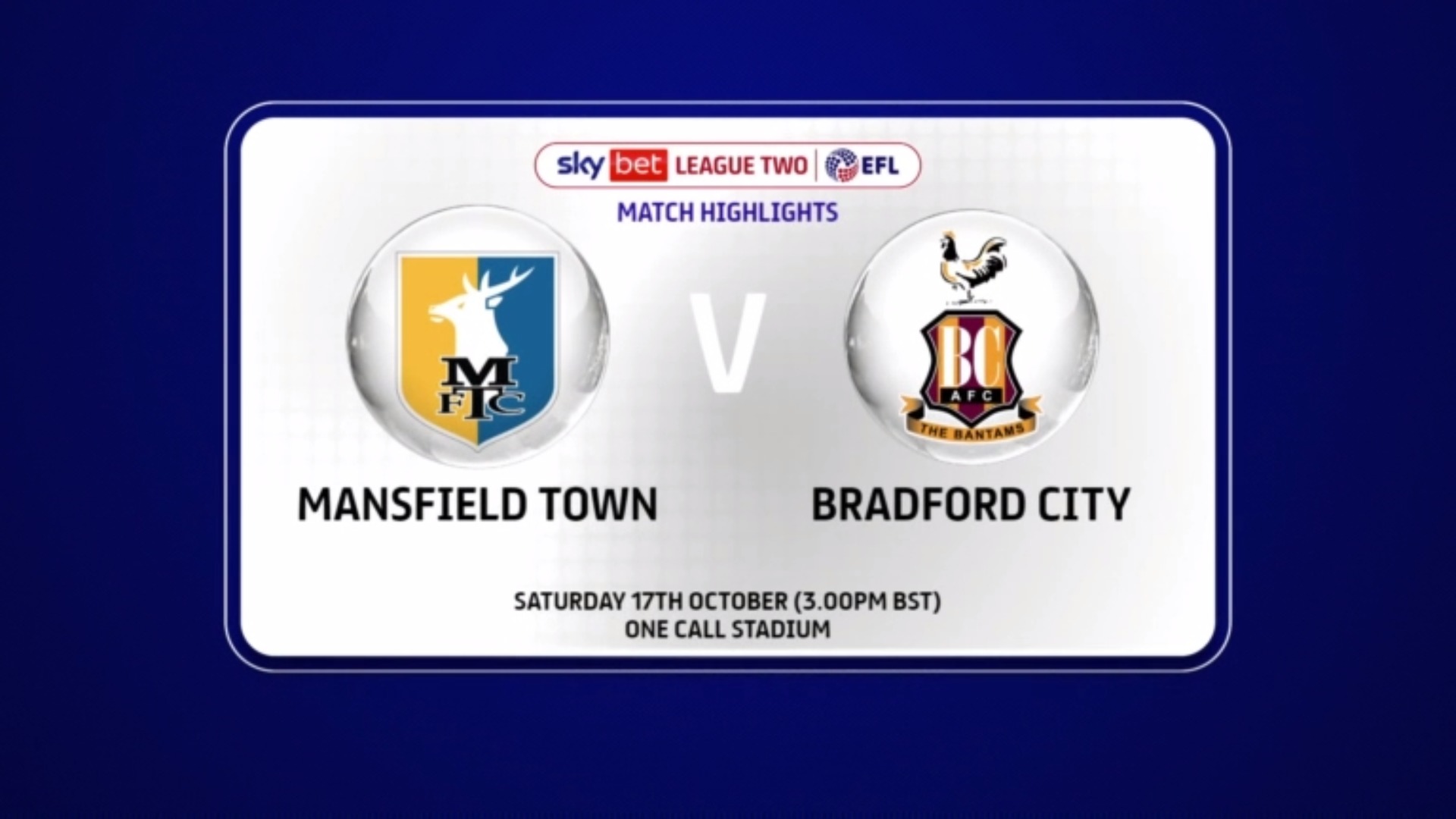 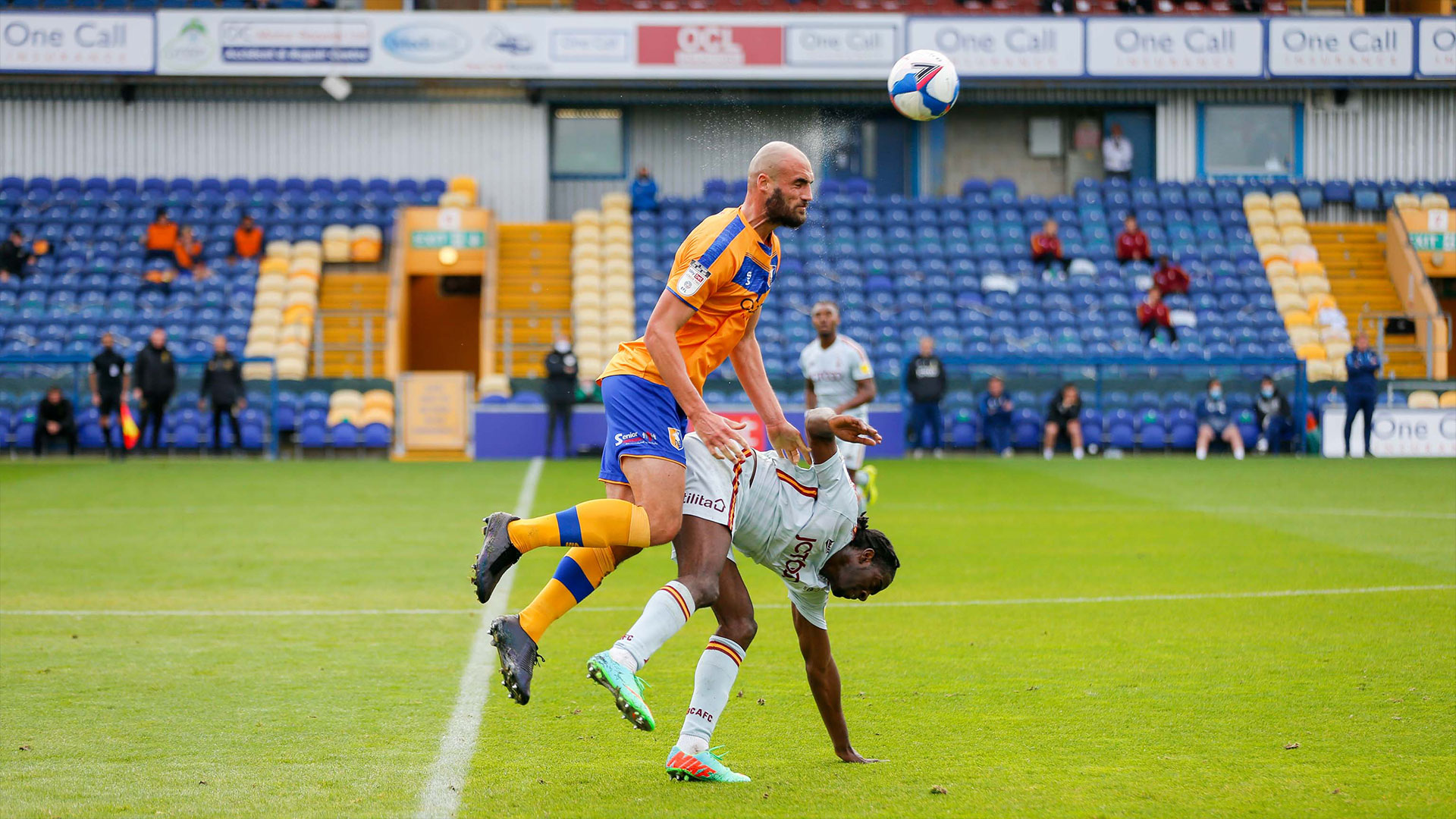