The Stags are back on the road this Saturday as they travel to face Cheltenham Town in Sky Bet League Two (3pm). Here’s all you need to know ahead of the match…

The club confirmed on Thursday afternoon that defender Mal Benning has tested positive for COVID-19 and will therefore miss Saturday's game, as he conducts his ten-day self-isolation period.

Mansfield will also be without wing-back Joe Riley and midfielder Ollie Clarke for the match, as the pair continue their recoveries from respective knee and calf injuries.

For the hosts, Elliot Bonds, Dan Bowry and Sean Long are doubts.

The Stags head into Saturday’s game having earned a hard-fought point away at Morecambe on Tuesday evening.

After going behind early on, midfielder Harry Charsley’s clever finish saw the amber and blue take a point back to Nottinghamshire.

Cheltenham go into Saturday’s game sitting third in the table after five wins and two defeats from their opening seven fixtures.

Last time out, the Robins recorded a 1-0 win over Scunthorpe United on Tuesday evening, with Reuben Reid grabbing the goal.

The referee for Saturday’s game will be Neil Hair, assisted by Louis Marks and John Flynn. The fourth official will be Ollie Williams.

Mr. Hair last took charge of a Stags’ fixture in our 2-1 defeat to Salford in October 2019.

Mansfield Town picked up a point against in-form Cheltenham Town after a goalless draw at Jonny-Rocks Stadium on Saturday afternoon.

Despite searching throughout, neither side were able to make their mark on the Sky Bet League Two scoresheet.

Cheltenham's best chance, which arrived through Alfie May, was blocked superbly on the line by Harry Charsley before Farrend Rawson could not capitalise upon a loose ball from a corner in second-half stoppage time.

Graham Coughlan restored George Lapslie to the starting line-up in the afternoon's only alteration. Corey O'Keeffe made way after needing to self-isolate according to the necessary COVID-19 guidelines.

Cheltenham began by boasting a near-monopoly of possession throughout the early exchanges but it took Mansfield little time to begin to find their rhythm in Gloucestershire.

Andy Cook backed smartly into his marker, holding the ball up for his teammates to advance across the turf, before feeding Charsley who watched his drilled effort skip wide.

The hosts continued to attempt their ball-on-the-ground style of play but were consistently running into a well-drilled press. As a result, George Maris scooped a loose pass but his first-time effort never troubled goalkeeper Josh Griffiths.

Rawson then leapt to meet Stephen McLaughlin's free-kick amongst a crowd of bodies, yet directed it into the midriff of the Robins' shot-stopper.

The Stags probed around the home side's defensive line seeking an opportunity to feed a direct pass but were often found wanting. Cook, however, did manage to muster a half-chance moments later with some individual skill, despite only partially connecting with the strike.

Michael Duff's charges soon found themselves on the front foot as the clock ticked towards the interval. Reuben Reid took advantage of a piece of miscommunication on the right flank before delivering a low ball that was hooked clear.

Ben Tozer's long throw-in also sparked momentary danger prior to Rawson's strong defending as the half-time whistle arrived without a blemish on the scoresheet for either side.

And 12 minutes into the second period, Cheltenham's skipper was able to hurl another throw into the mix that almost proved deadly.

The hanging ball was initially flicked on at the near post - forcing a reflex stop from Marek Stech - and subsequently Charsley was able to put his body on the line to deny May from lashing home at close range.

Cheltenham seemed buoyed by their earlier chance as they traversed forward again. A neat interchange via Chris Hussey presented May with yet another opportunity that the forward squandered, this time by curling beyond the upright.

Coughlan then introduced Jamie Reid and Nicky Maynard into the action as he sought a late winner at the Jonny-Rocks Stadium - where it almost paid dividends.

The former controlled a difficult, long ball and beat his nearest man to feed Maynard bursting clear to the right. The No. 22 squared up against Tozer but could only drag his effort between the centre-half's legs and wide.

Mansfield were awarded a corner in the dying minutes and it would prove to be the last surge. Rawson lurked around the penalty spot as the ball fell kindly but was unable to find the target.

It meant both sides would take a point apiece as the Stags welcome Barrow to One Call Stadium on Tuesday evening. 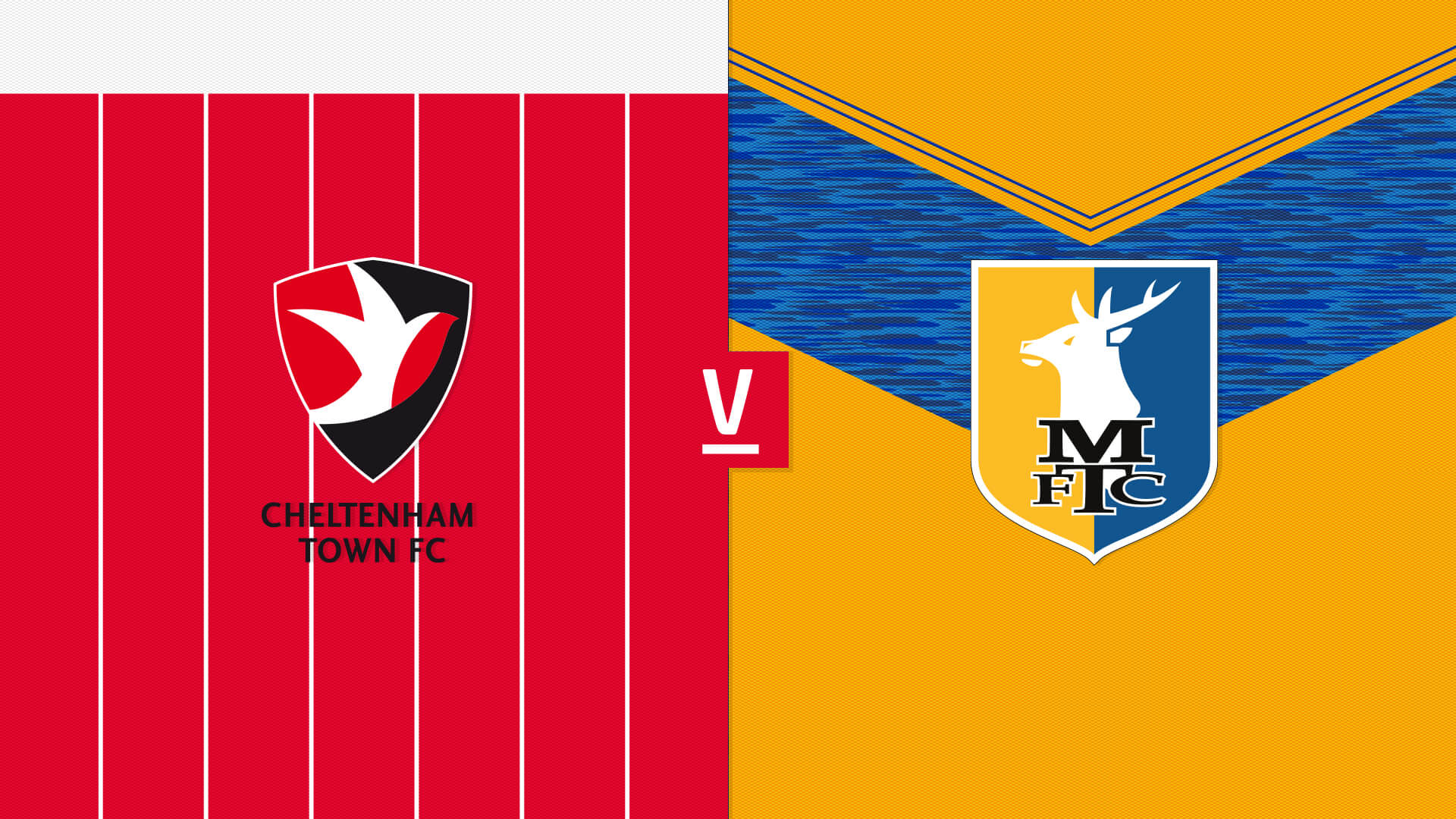 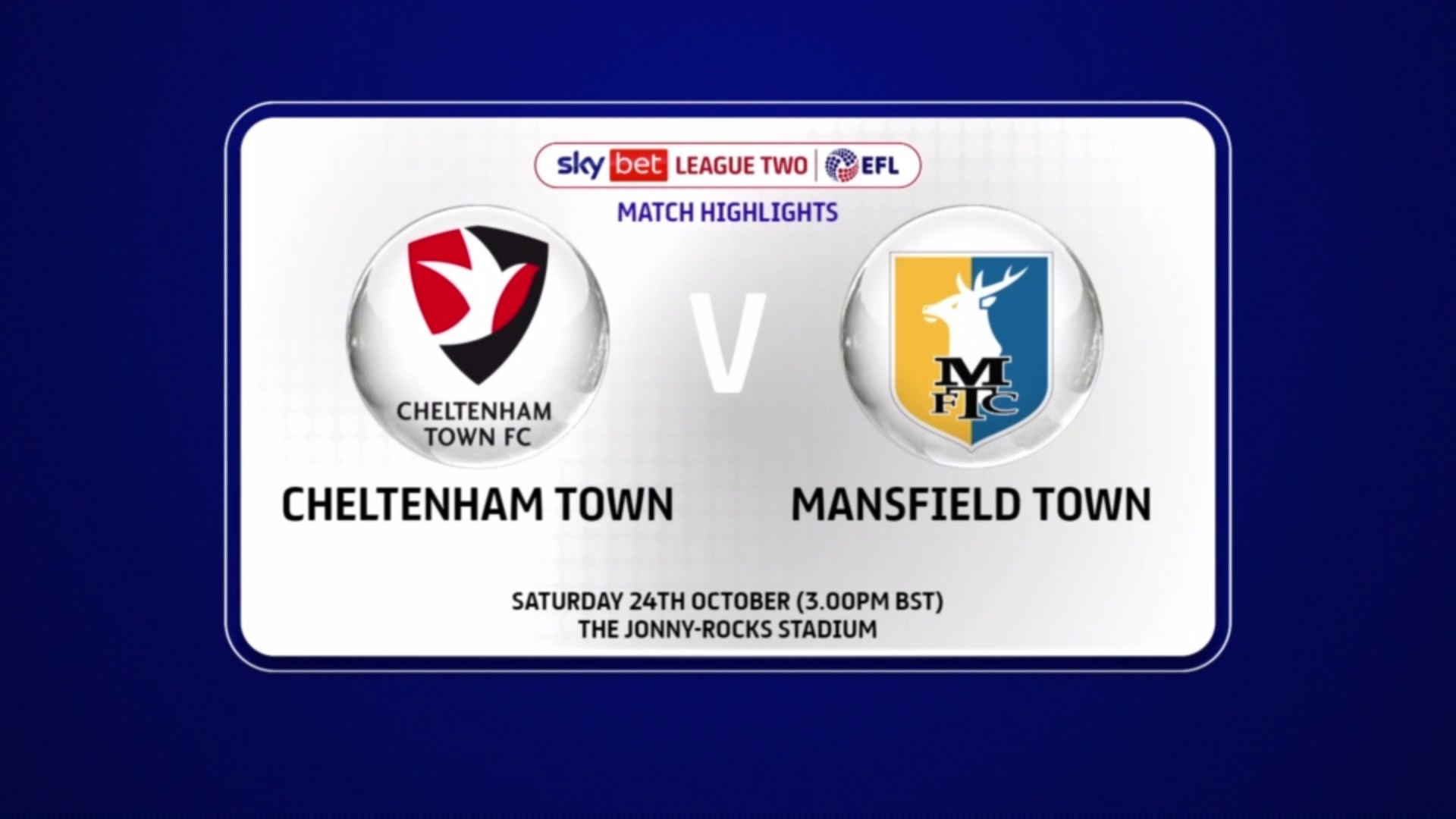 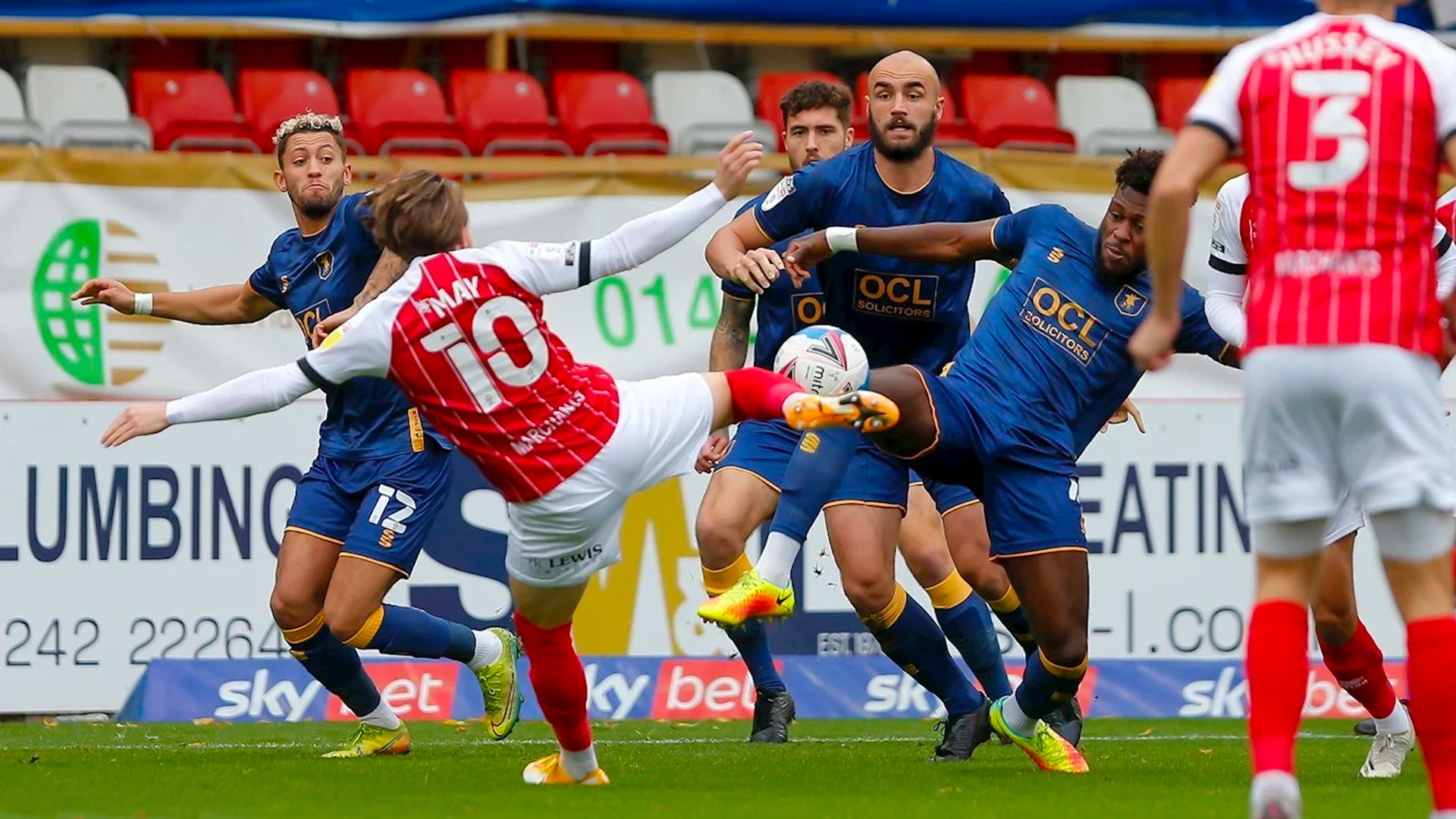