Next up for the Stags is a Papa John’s Trophy group stage fixture away at Scunthorpe United on Tuesday 10 November (7pm). Here’s our match preview…

The Stags will be without wing-back Joe Riley, who is recovering from an ACL injury.

The Stags produced an outstanding performance at the weekend, beating Sky Bet League One side Sunderland in the first round of the Emirates FA Cup.

Ten-man Scunthorpe suffered a narrow defeat on Saturday, losing 3-2 at home to Solihull Moors in the Emirates FA Cup.

We last faced the Iron at One Call Stadium in September 2019. Stags performed well that afternoon, winning by a 2-0 scoreline.

The referee for Tuesday’s match will be Samuel Barrott, assisted by David Avent and Paul Newhouse. The fourth official will be Daniel Middleton.

The Stags gave a professional account of themselves on Tuesday evening as Sweeney opened the scoring with a header midway through the first period.

Ten minutes later, Reid notched his first goal for the amber and blue with an instinctive strike at the end of the half, while Olufela Olomola’s clinical effort proved to be nothing more than a consolation at the Sands Venue Stadium.

Since watching his new side emerge victorious at Sunderland from the stands, Nigel Clough made wholesale changes for his first official match at the helm.

An entirely different line-up took to the field – totalling 11 changes – which featured a mix of seniority and youth. Tyrese Sinclair, Jason Law and James Clarke were amongst the latter while Sweeney returned after completing his necessary self-isolation period due to COVID-19.

And the Stags’ No. 5 was immediately drawn into the action at both ends of the pitch.

First, a sliding challenge on Ryan Loft stopped the striker’s goalbound effort from troubling Aidan Stone before he was presented with a chance of his own. The centre-half rose tallest from a corner but the firm header was expertly tipped above the target by Rory Watson.

Scunthorpe were soon denied by the woodwork as Kevin van Veen struck the crossbar from a free-kick on the right flank.

Sweeney was then involved once more on 34 minutes to help break the deadlock.

The Irishman matched up against Myles Hippolyte and used his strength to get the better of him, nodding down and finding the back of the net with his latest header.

Mansfield were evidently buoyed by the opener and began to grow in confidence. Aaron O’Driscoll lurked on the edge of the Iron penalty area and rattled the woodwork with a long-distance drive.

Clough’s men were dominating possession as the half drew to a close but not before Reid was able to double his side’s lead just a minute prior to the break.

The ball sailed upwards with no challengers and the Stags frontman was able to wait, volley and open his account with the amber and blue in simple fashion.

Into the second period and Mansfield sought to pick up where they left off.

Law powered a dangerous, low ball across the face of Watson’s goal and only a last-ditch intervention from Tyler Cordner halted the away side from finding a third, with Andy Cook and Reid lurking.

However, with Scunthorpe’s next attack they were able to halve the deficit.

Substitute Olomola drifted into a yard of space in front of the Stags’ penalty area to unleash a rasping drive that found the top-left corner.

Stone was then twice required as Neil Cox’s charges went after an equaliser in the final 10 minutes.

The Iron’s goalscorer, Olomola, was denied by a firm palm after a deflection on its way through before the ‘keeper made himself big to thwart Emmanuel Onariase’s close-range touch.

The youngster was quickly involved too, teeing up Cook in the middle whose curler bent the wrong side of the upright by a matter of centimetres.

Mansfield find themselves on the road for the fourth-successive time this Saturday when they face Forest Green Rovers in Sky Bet League Two. 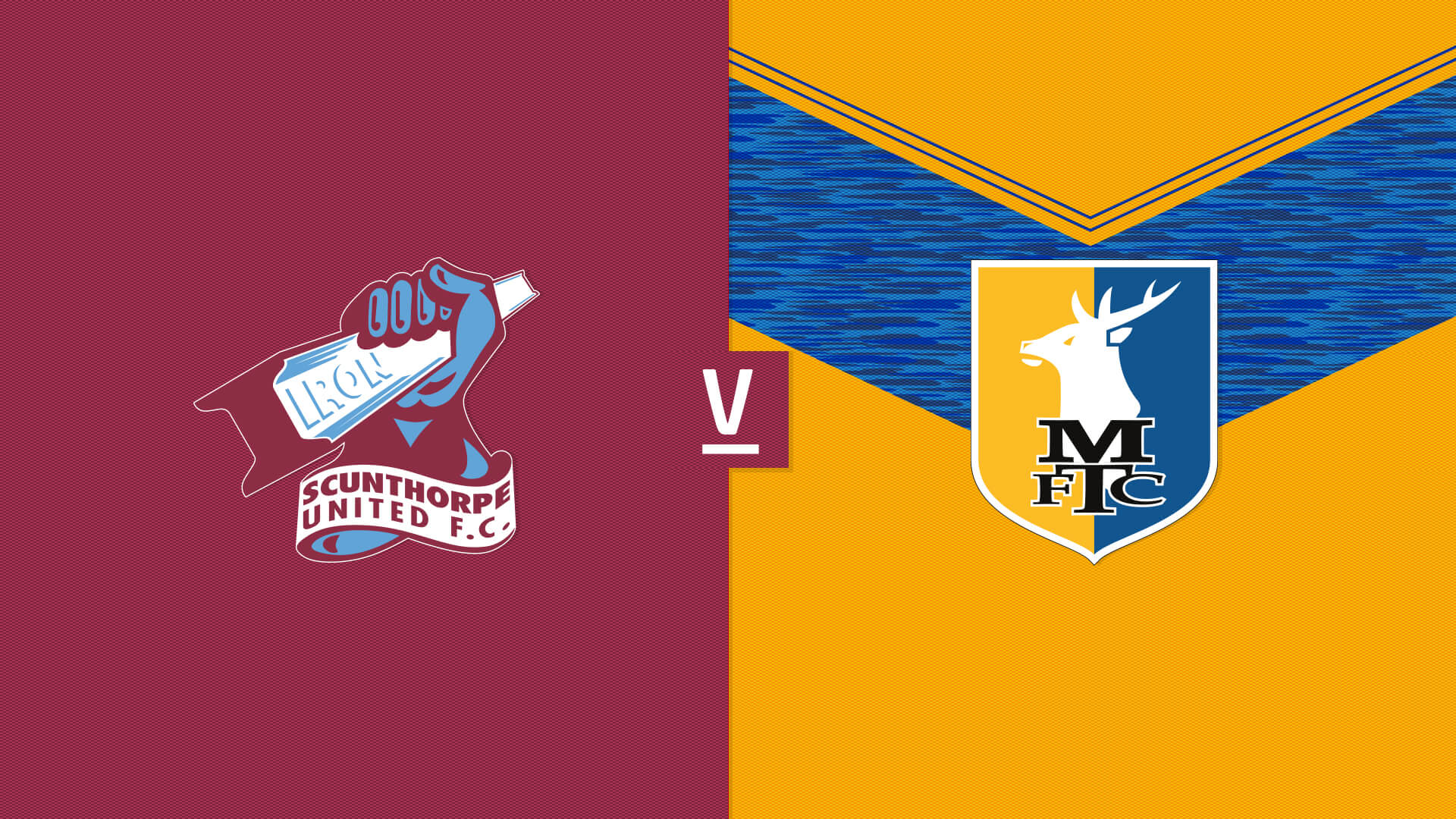 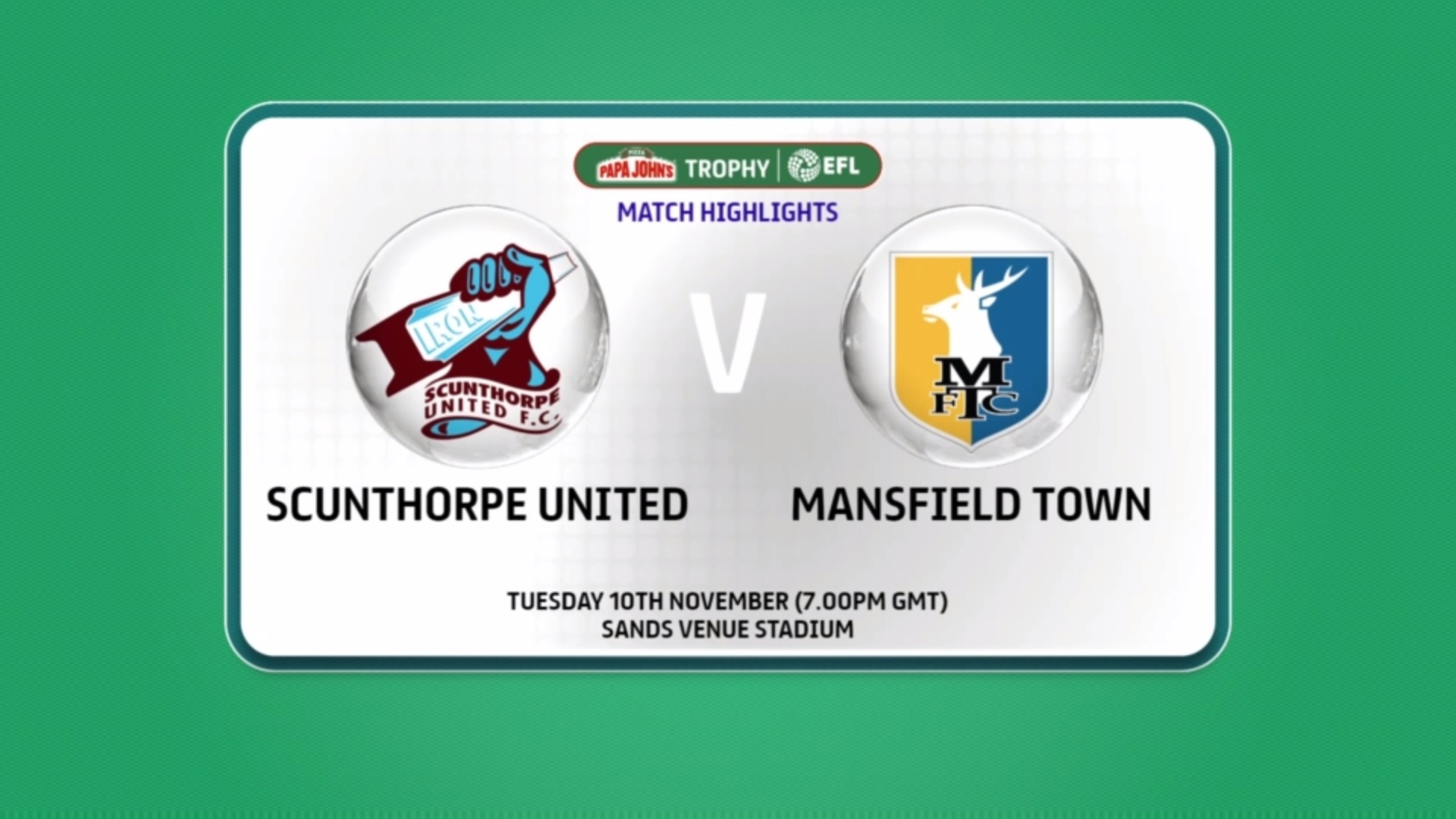 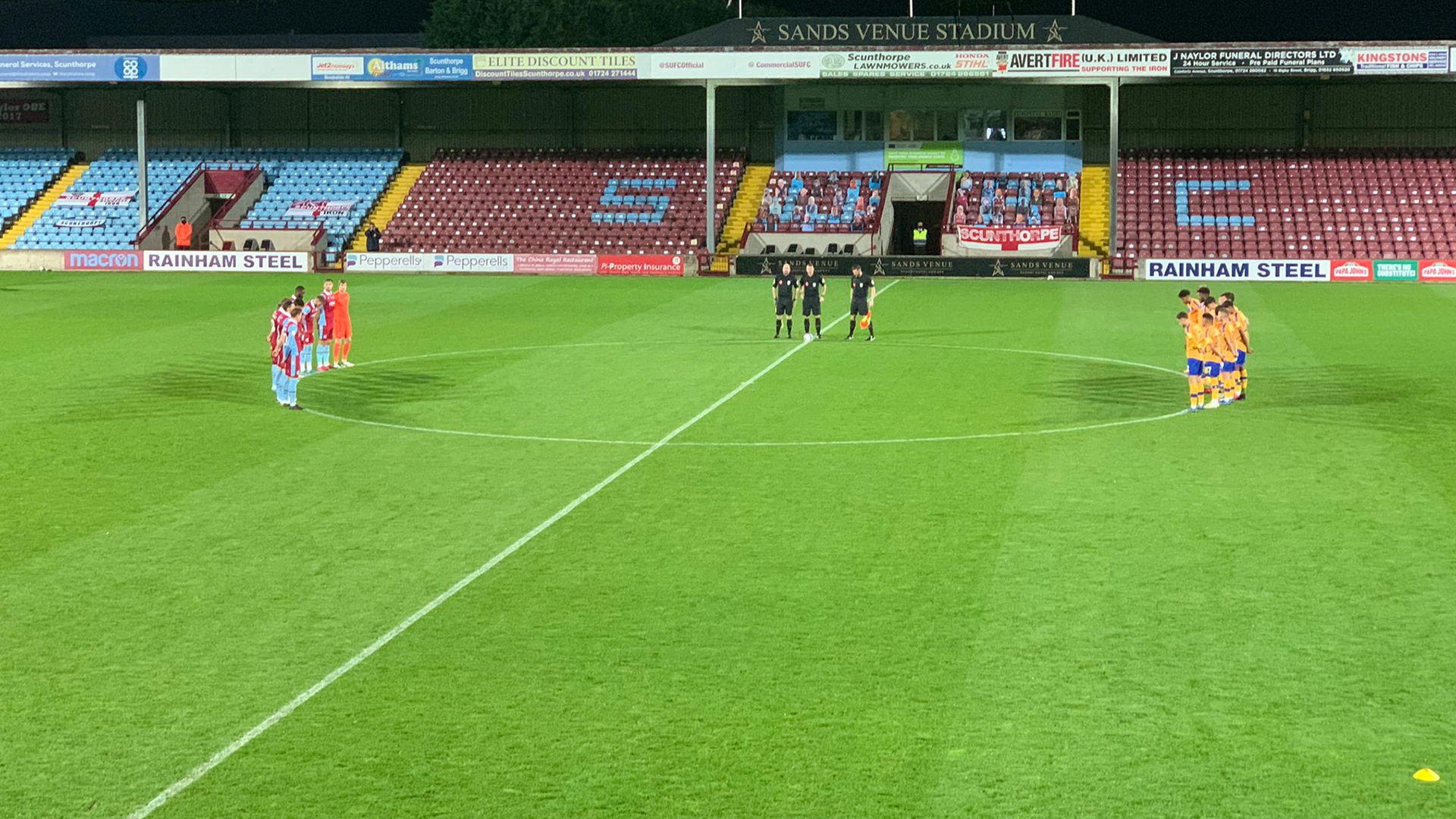