The Stags take on Grimsby Town this Saturday in Sky Bet League Two (3pm). Here’s all you need to know ahead of the fixture…

Grimsby will be without Mansfield loanee Rollin Menayese, who is not eligible to face his parent club.

The Stags made it three home matches without defeat with Tuesday evening’s 1-1 draw with Carlisle United.

Mansfield have enjoyed home comforts of late, having recently been victorious over high-flyers Cheltenham and Morecambe at One Call Stadium.

We last faced Grimsby Town back in December 2020, a 1-1 draw at Blundell Park.

Ira Jackson Jr. had put Grimsby ahead just after the hour, but the Mariners had their lead extinguished by a Nicky Maynard penalty just minutes later.

The referee for Saturday’s match will be John Busby, assisted by Nicholas Cooper and Andrew Aylott. The fourth official will be Christopher Pollard.

Mr. Busby last took charge of a Mansfield fixture in our 1-0 loss to Cheltenham in February 2020.

Mansfield Town were held to a draw after a late George Williams free-kick earned Grimsby Town a point at One Call Stadium on Saturday afternoon.

The Stags looked on top in the first-half, with George Maris’ long range screamer opening the scoring.

Lenell John-Lewis levelled for Grimsby from a corner in the second-half, before Jason Law restored Mansfield’s lead almost instantaneously.

Although, a dead ball from George Williams clinched the Mariners a surprise point in added time.

Nigel Clough introduced a single change to the starting 11 from Tuesday, as Stephen Quinn gave way to Maris in midfield.

Both sides started the game with caution, tussling for the ball and looking to find width in attack.

With under nine minutes played, Mansfield had the first chance and corner of the match.

Kellan Gordon’s cross was blocked, but Harry Charsley pounced on the rebound. He beat his man with a skillful turn, yet the Mariners intercepted the final ball.

A couple of minutes later, James Perch received the ball from a second Stags corner. Farrend Rawson headed it down to Perch, who turned and fired a shot towards goal, leading to half-hearted penalty shouts for handball.

The referee saw no problem in the challenge, however this only increased the Stags’ drive for the opener.

George Maris swung in an excellent free-kick from the right flank on 17 minutes. The cross curled towards Jamie Reid on the edge of the six-yard box, only for goalkeeper James McKeown to punch it away bravely.

The amber and blue had their goal after 20 minutes.

Build-up play between Mal Benning and Jason Law moved play further up the field, with McLaughlin then laying the ball off to Maris from 25-yards out.

Maris launched a first-time thunderous strike between the Grimsby defenders, past the flat-footed McKeown and into the left-hand corner of the net.

That lead was nearly doubled just moments later. A wide free-kick from Benning found the head of McLaughlin, yet his glancing attempt drifted wide of the right post.

As the half-hour mark neared, the Mariners were struggling to break out of their own half, with thanks to non-stop pressure from Nigel Clough’s side.

Gordon kept causing headaches for his counterparts down the right-hand wing, only for successive crosses to be turned behind for a corner and wide for a throw-in.

Mansfield maintained their control, despite the contest turning scrappier in the final minutes of the first half.

However, their advantage remained at one goal as they headed into the dressing room for half-time.

Paul Hurst made a double substitution at the break, which brought about more urgency from the away team.

Having just come into the action, George Williams took a free-kick from 29-yards out, but that cleared the crossbar.

Grimsby had another set-piece on 47 minutes, with Luke Hendrie sending a free-kick into the box. The ball bounced around the area and looked to find Stefan Payne, but Mansfield regained possession before he could unleash a shot.

The Stags had a free-kick of their own after 59 minutes. Benning took it quickly, playing in Jordan Bowery behind the Grimsby defence. The no.9 shifted onto his right foot, only for his strike to be blocked athletically by Hendrie.

Just after the hour mark and against the run of play, Grimsby found the equaliser.

Williams curled a perfect cross onto the head of Lenell John-Lewis and he made no mistake in beating Aidan Stone from close range.

Mansfield did not let the goal affect their confidence, as Jason Law put them back in front four minutes later.

Benning crossed dangerously into the box, which ricocheted off a few players and fell to Law. His swerving effort crept low inside the far post and gave him his first goal for the amber and blue.

Both teams searched for a respective winner and leveler with ten minutes left.

It was the Mariners who found the next goal, though, as Williams hit a free-kick wonderfully over the wall and into the top left-hand corner.

Grimsby came closer to a winner in the dying moments, with the woodwork denying them after a looping cross from goal scorer Williams.

It proved to be the final major chance of the encounter, with Mansfield having to settle for sharing the spoils.

Next up, the Stags will host high-flying Forest Green on Tuesday evening.

ASSISTANTS: N. Cooper and A. Aylott 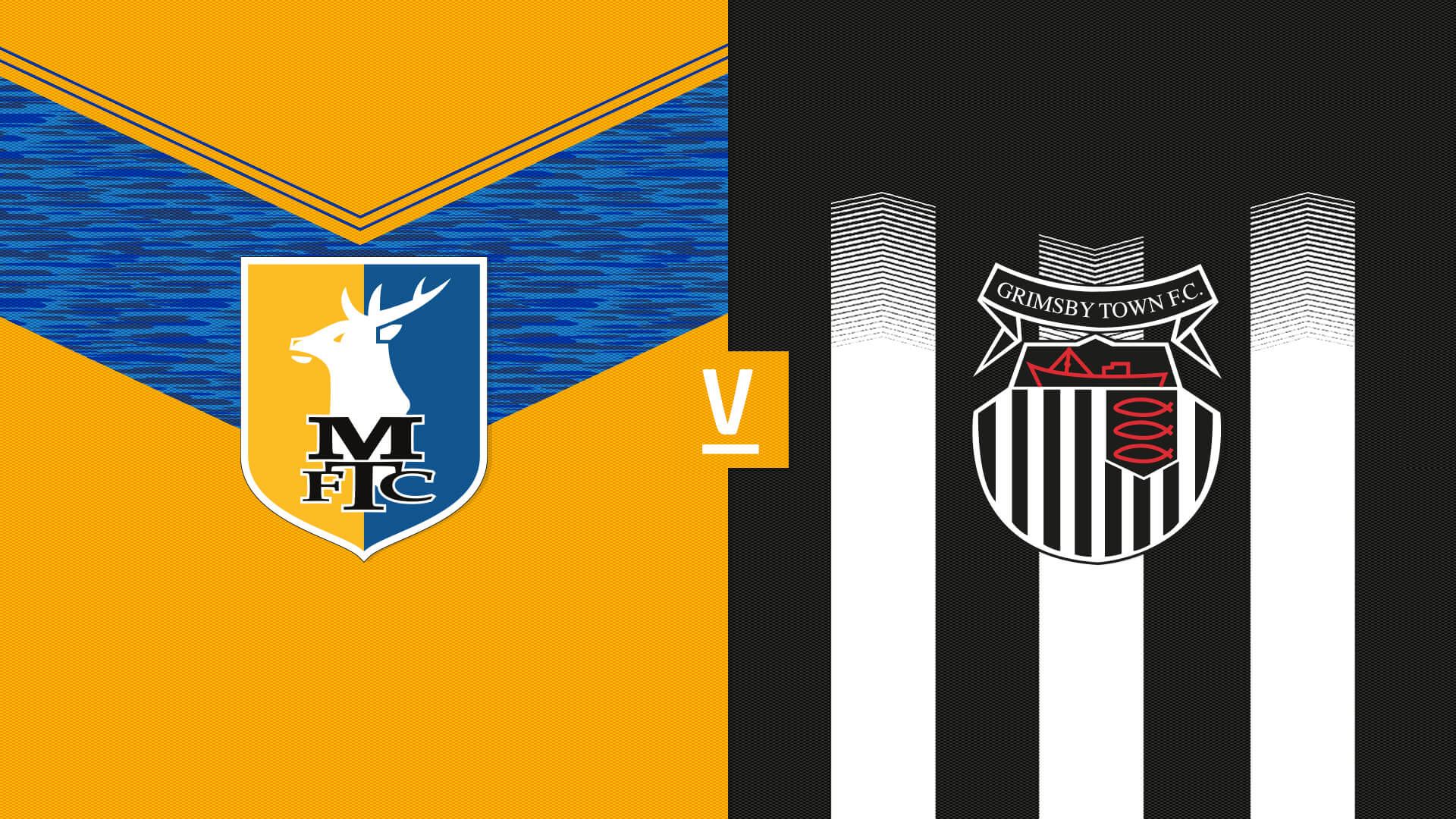 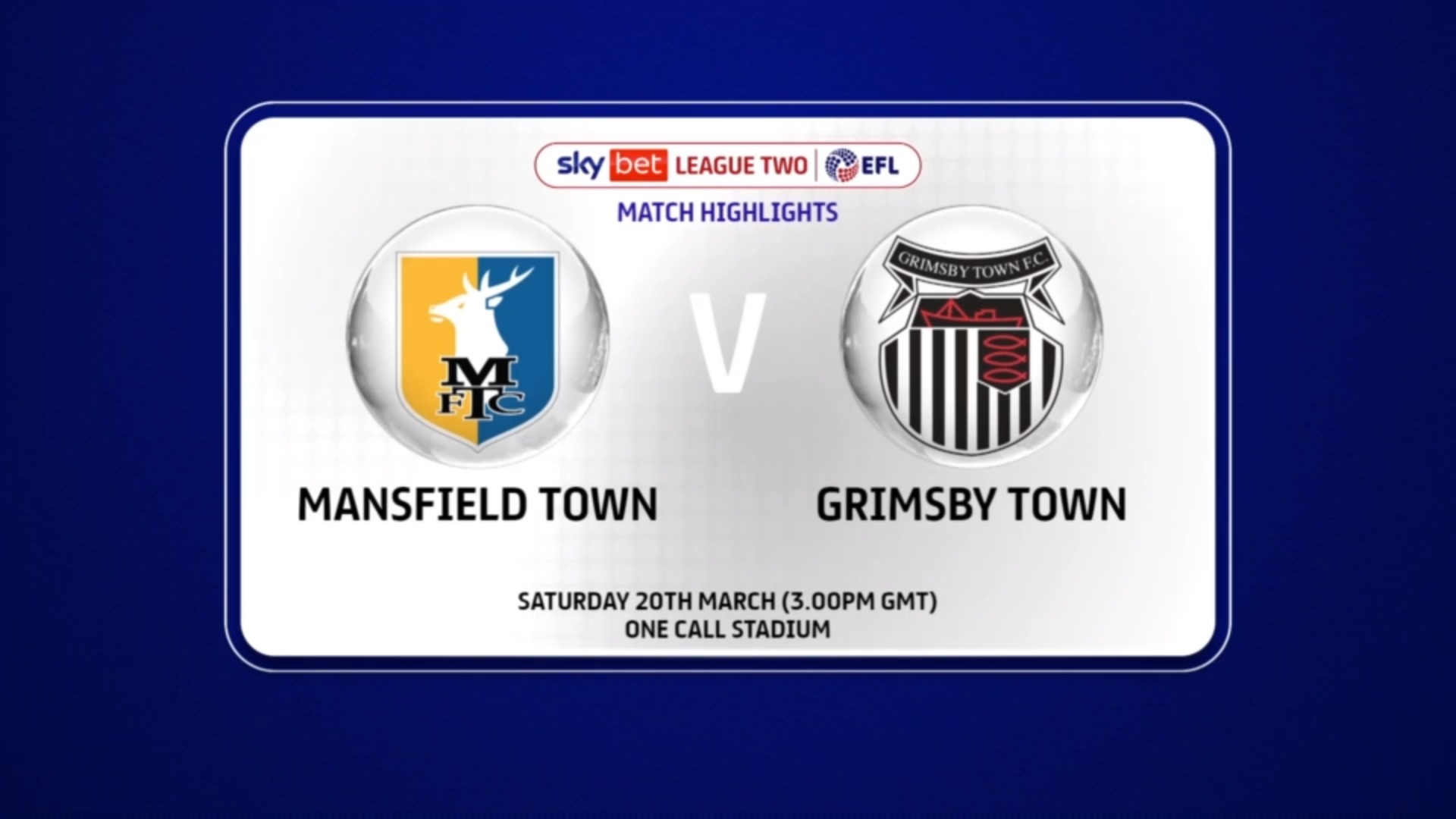 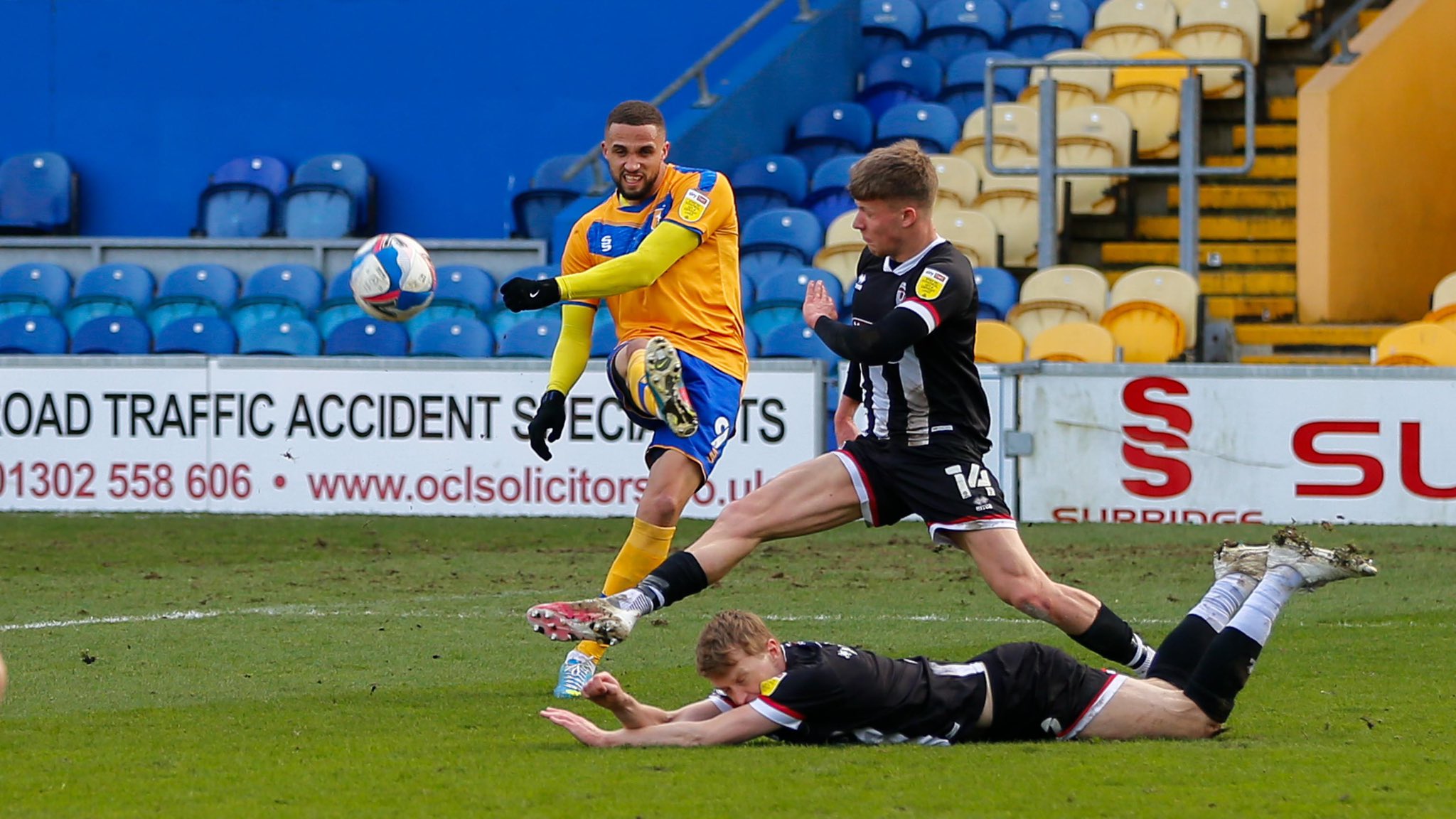