The Stags are back in action this weekend, with a trip to face Southend United in Sky Bet League Two. Here’s all you need to know ahead of the match…

Captain Ollie Clarke is expected to return to training towards the end of this week, and will therefore be assessed ahead of Saturday’s game.

Defender James Perch has been involved in training this week after recovering from a recent illness.

Wing-back Joe Riley is a long-term absentee and will miss Saturday’s fixture.

The Stags head into the weekend’s match in fine form, having won each of their last four games in Sky Bet League Two.

Last time out, the amber and blue recorded a 3-2 win away at Oldham Athletic that perhaps flattered their opponents, with the Stags missing a penalty and hitting the crossbar.

Despite Southend currently sitting bottom of the table, they have won two of their last five matches in the league, and have lost just twice in their last nine outings.

We welcomed Southend to One Call Stadium last month, a well-contested clash that ended one goal apiece in north Nottinghamshire.

James Olayinka put the visitors ahead in the first-half, but frontman Jordan Bowery netted in the second period to ensure the spoils were shared.

The referee for Saturday’s match will be Benjamin Speedie, assisted by Andy Bennett and Joseph Stokes. The fourth official will be Louis Marks.

Mr. Speedie last took charge of a Mansfield fixture when the Stags drew 1-1 at home to Colchester United in November 2020.

The Stags built upon a dominant first period at Roots Hall before taking a deserved lead on 64 minutes when Reid placed himself adequately to prosper from Jordan Bowery’s initial strike.

Timothee Dieng was also dismissed for the Blues with less than 15 minutes remaining as Mansfield registered another impressive three league points.

Nigel Clough made his first acquisition eight days ago – Stephen Quinn securing a loan switch from Burton Albion – and this was the only change as Andy Cook dropped to the bench.

Mansfield made an energetic start in Essex with their newest recruit. Quinn lifted possession into the path of Harry Charsley but his half-volley was blocked at source.

Simeon Akinola responded for the hosts, collecting a low ball into the area and forcing a smart save out of the well-positioned Aidan Stone.

The Stags immediately reasserted their pressure and carved out two gilt-edged chances.

Reid and Lapslie were involved in both opportunities as, initially, the striker awaited his teammate’s knockback to volley goalwards before seeing Dieng hack away on the goal line.

Minutes later, the pair reversed roles and sought to conclude a lovely, one-touch attack with Reid slipping the No. 32 through but he was unable to step past goalkeeper Mark Oxley.

Despite the weather changing to sleet at Roots Hall, the amber and blue’s dominance of the ball remained consistent. Quinn was felled when attempting another delicate ball towards Reid and was subsequently awarded the set-piece.

Into the second period and Reid was involved yet again as he fired over from distance.

Bowery then surged into the Blues’ penalty area, skipping beyond his marker, before being dispossessed at the same time he eyed up the target.

Soon after, Mark Molesley’s side made headway down the left channel and Dieng was presented with a free header from inside the area, which he diverted beyond the upright.

But just after the hour mark the Southend rearguard was breached.

Bowery featured his usual specialty to beat the nearest defender and whipped a low effort that, despite Oxley’s initial save, was pushed into the path of Reid as he tapped into the empty net.

The home side chased an equaliser with Dieng embraced in the action. He fell to the turf under pressure from Ryan Sweeney but referee Richard Speedie remained unmoved.

Mansfield fired back with a counter attack, setting Bowery across the halfway line until he was halted cynically by Sam Hart who received a booking for his endeavours.

However, the Blues’ misery was compounded six minutes from time when Dieng was shown a second yellow card following an altercation in the centre of the field.

The one-man advantage allowed the Stags to somewhat ease towards their fifth-successive Sky Bet League Two victory and take three points back to Nottinghamshire.

Nigel Clough’s side return on Tuesday evening as they welcome Bolton Wanderers to NG18. 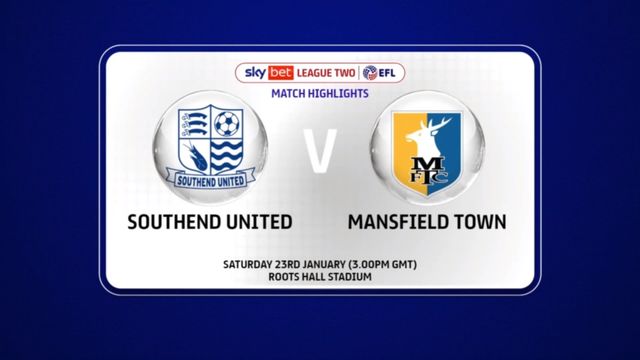 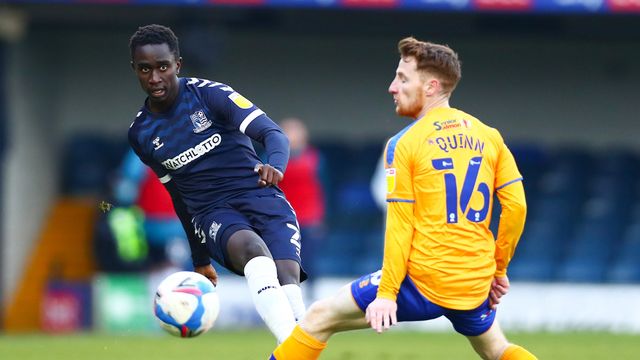