Next up for the Stags is a trip to face Harrogate Town, this Tuesday in Sky Bet League Two (7pm). Here’s all you need to know ahead of the match…

Defender Kellan Gordon has a chance of making the squad for the match following a recent knee injury.

Experienced duo Stephen Quinn and James Perch will be assessed in the lead-up to the fixture following knocks in Saturday’s loss to Cambridge United.

Midfielder George Lapslie will miss the clash due to a hamstring injury, picked up in the 1-1 draw away at Walsall.

Right-back Joe Riley is a long-term absentee and will also be absent.

Tuesday’s hosts will likely be without trio Ryan Fallowfield, Dan Jones and Joe Cracknell for the game.

Stags’ results have been impacted by the recent prolonged break due to postponements, and will hope to return to winning ways on Tuesday evening.

Nigel Clough’s side have, however, gone without defeat in their last five away matches in Sky Bet League Two.

Harrogate have won three of their last five matches in the league, seeing them place two points above the Stags, having played one game more.

Simon Weaver’s side came out on top the last time the sides faced each other, at One Call Stadium in November.

Calvin Miller’s first-half strike proved to be the difference, with the visitors winning by a 1-0 scoreline under the lights in Nottinghamshire.

The referee for Tuesday’s match will be Ross Joyce, assisted by David Avent and Declan Ford. The fourth official will be Thomas Parsons.

A single second-half goal was enough to condemn Mansfield Town to defeat away at Harrogate Town on Tuesday evening.

After a goalless first 45 minutes, Aaron Martin’s impressive volley immediately after the restart proved to be the decider.

Farrend Rawson headed just wide in the first-half, with the defender's effort being the closest the amber and blue came throughout a frustrating 90 minutes.

Nigel Clough made a single change to the 11 that started against Cambridge United at the weekend, with Jason Law replacing Stephen Quinn in midfield to make his first league start.

Kellan Gordon also returned to the squad, making the bench in place of fellow defender Corey O’Keeffe, before switching for Harry Charsley in the second-half.

The Stags started the game in lively fashion, with Ollie Clarke reacting fastest to a sloppy clearance from Harrogate keeper James Belshaw. He darted in between the defence and into the penalty area, but had his low shot saved comfortably after five minutes.

Charsley also appeared to be an early handful against the hosts. The Stags’ winger burst down the right-hand flank on multiple occasions, cutting in onto his left foot to bypass the Harrogate defenders.

However, his first attempt was blocked by Connor Hall and his second sailed wide of the left post on 14 minutes.

Harrogate strikers Aaron Martin and Josh March gambled on a flurry of long balls from midfield, but Ryan Sweeney enforced his stature well to prevent any clear sight on goal.

On the half-hour mark, another high cross was directed towards Martin, yet Stone showed no doubt in plucking the ball out of the sky before it could be headed.

Mansfield continued to press their opponents as the half progressed, with Clarke battling especially hard to regain possession each time it was conceded.

The Stags’ midfielder then had a 25-yard free-kick tipped around the post by Belshaw on 32 minutes. The resulting corner found Farrend Rawson unmarked outside the six-yard box, but his glancing header drifted agonisingly wide.

Simon Weaver’s side were reluctant to take a draw into half time. Josh March finessed a low shot towards Stone’s bottom right corner, but he reacted quickly to palm the strike behind for a corner kick.

The prior attempt was replicated moments later, with Stone again denying March with an acrobatic dive, although the referee adjudged the striker to have handled the ball in the build up.

As the half-time whistle beckoned, Stephen McLaughlin halted a Harrogate counter-attack before dropping to his knees in pain. The Stags’ full-back limped off during the break and was substituted with Mal Benning at the interval.

The opening goal came courtesy of Harrogate and Aaron Martin just nine seconds into the second-half.

Their long ball from kick-off was headed by Rawson into the path of the number 10, who dispatched a clinical volley that nestled low into the Mansfield net.

The home side’s newfound confidence carried on, as they looked to double the lead. Wide midfielders Josh McPake and Simon Power had separate runs into the box thwarted by James Perch and Benning respectively.

The Stags used the wide areas for their benefit on 58 minutes. Benning reached the byline and crossed into Jamie Reid, but Harrogate’s centre backs combined to prevent the chance.

While Mansfield increased their tempo during the final 20 minutes, Harrogate looked to counter.

McPake and March combined quickly and a last-ditch block from Sweeney was enough to deny a goal. Martin unleashed another volley into the Mansfield goal, only for the linesman to flag for offside.

Both sides tussled for possession within midfield and searched for the all-important second goal.

On 83 minutes, Benning pirouetted away from four Harrogate players and fizzed a ball across the face of goal, but the Stags were unable to poke it in for the equaliser.

The fourth official indicated that there would be six minutes of injury time and Mansfield pushed urgently for a draw. Stephen Quinn tried to lob Belshaw from 20-yards out, only for it to drag wide.

That would be the final chance of the match and Harrogate held on to clinch the three points. 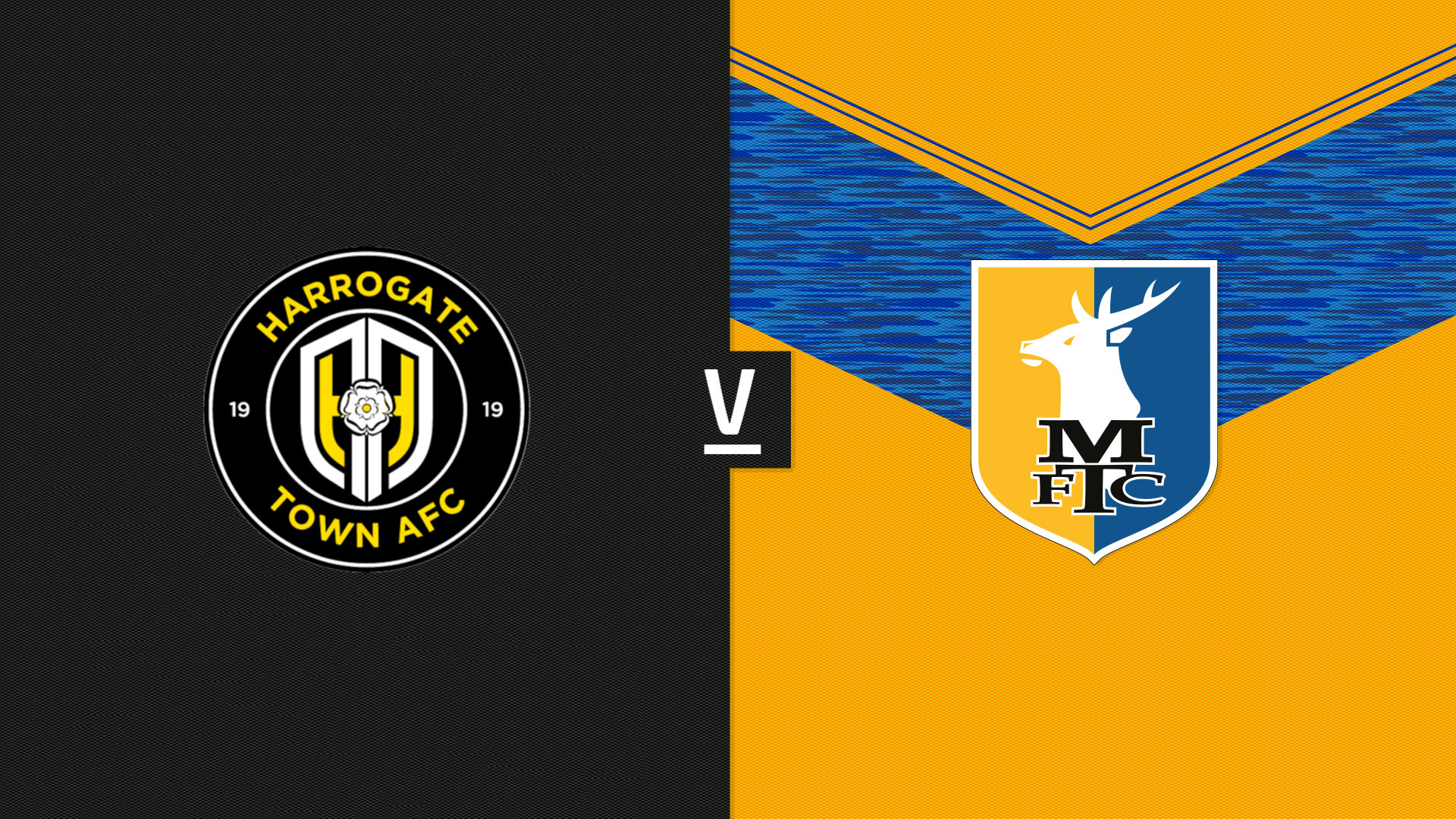 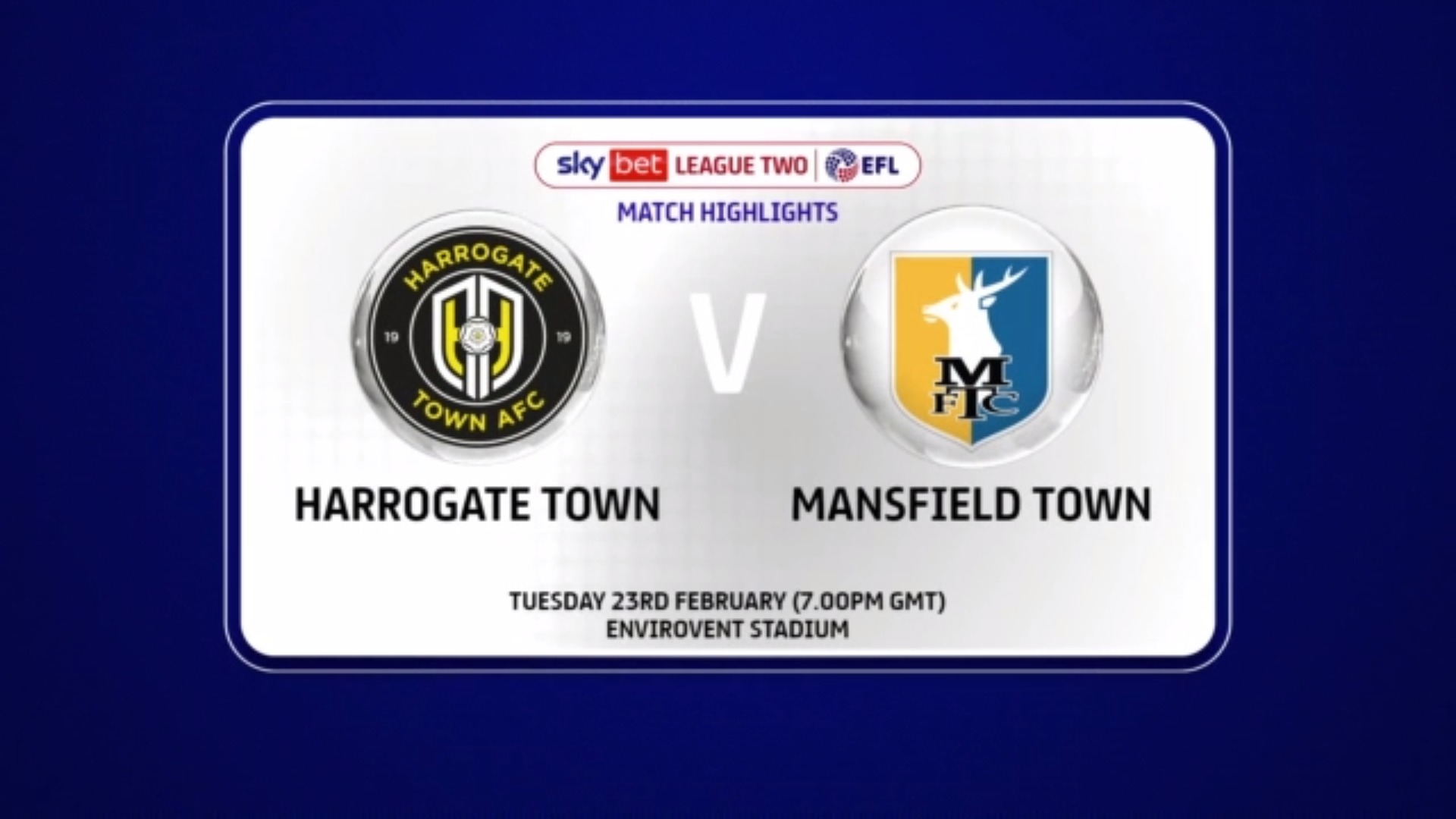 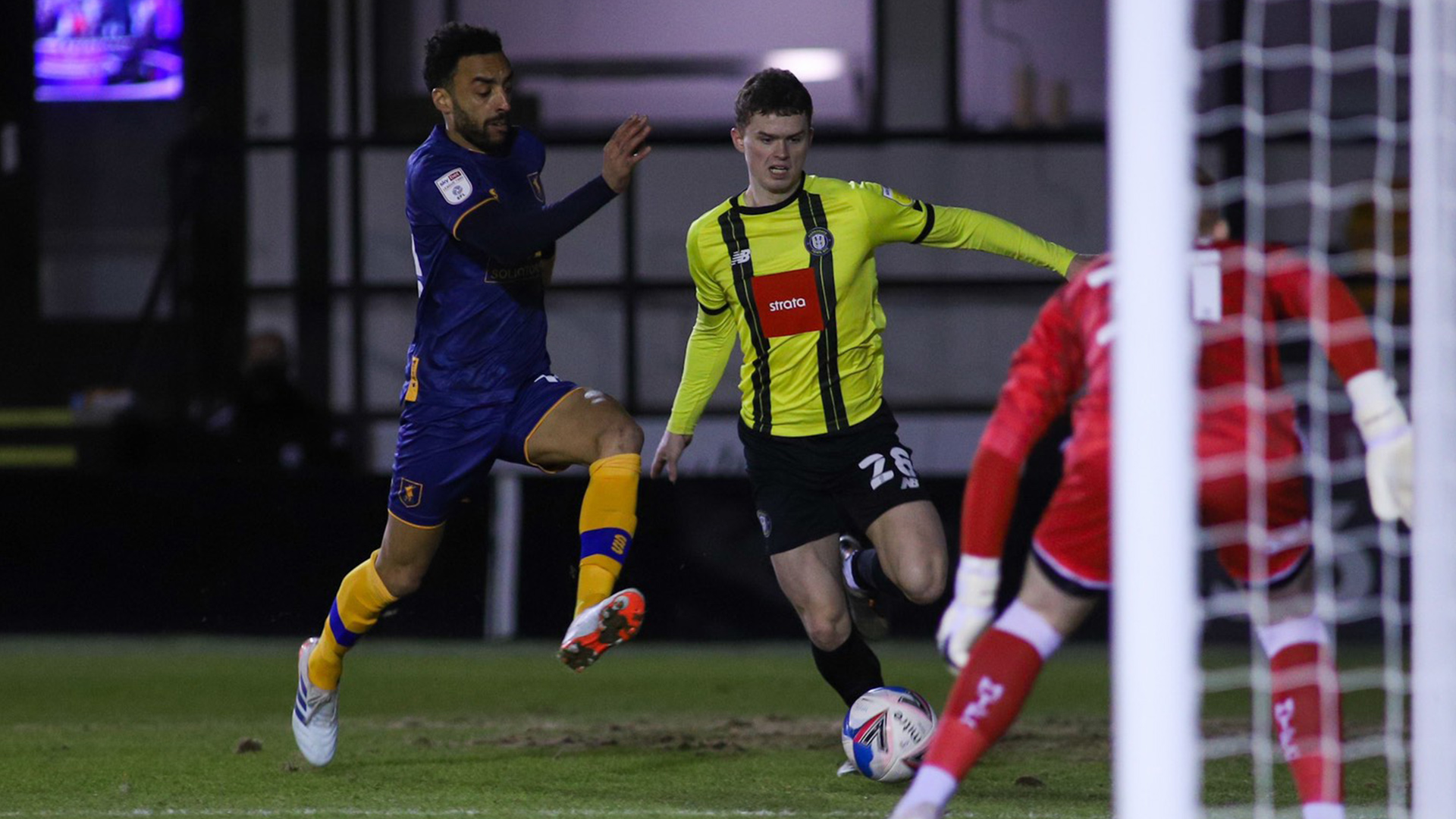