Next up for the Stags is a home match against Crawley Town on Saturday 05 December. Here’s all you need to know ahead of the clash…

Defender James Perch and winger Stephen McLaughlin will continue to be assessed in the days leading up to the fixture.

Wing-back Joe Riley is a long-term absentee and will miss Saturday’s match.

The Stags made it two wins on the bounce on Wednesday evening with a 1-0 win away at high-flying Cambridge United.

Frontman Jamie Reid netted his first league goal for the Stags to secure the three points.

Last time out, Crawley drew 1-1 with Colchester United on Tuesday evening, a result that left them 13th in Sky Bet League Two.

Saturday’s visitors took the three points last time we met, with a 1-0 win at the People’s Pension Stadium in September 2019.

The referee for Saturday’s match will be Christopher Sarginson, assisted by Andrew Aylott and Paul Evans. The fourth official will be Joe Clark.

Ryan Sweeney opened the scoring in the fourth minute after a dominant first-half display by the Stags.

Crawley, though, emerged for the second period with renewed hunger and turned the Sky Bet League Two fixture on its head. Max Watters’ clinical brace sandwiched Tom Dallison’s looping effort leaving the hosts half an hour to respond.

George Lapslie initially gave his side hope with his fourth goal of the 2020/21 campaign before substitute Cook found the target in the dying embers at One Call Stadium.

Nigel Clough opted for a single alteration after securing victory over Cambridge United on Wednesday evening.

Farrend Rawson was restored to the starting line-up in place of Rollin Menayese, who found himself named amongst the substitutes.

And the Stags’ centre-halves were soon called upfield to attack the first corner of the match.

George Maris’ delivery was latched upon by Sweeney who – despite feeling the pressure from his marker – managed to steer the ball towards the far corner and over the line.

Mansfield had made a lively start to proceedings in Nottinghamshire and continued to limit Crawley to scarce moments of possession.

Maris himself sought to mark the scoresheet but saw his low effort smothered before Jordan Bowery was thwarted by Glenn Morris from an acute angle.

The midfielder had enjoyed an action-packed opening and complemented his attacking flair with some important defensive work. Dannie Bulman drilled towards Marek Stech’s goal but the No. 10 intervened with a timely block.

Soon after, the Stags were left appealing for a penalty that never arose. Lapslie was twice denied by Morris until the rebound seemingly caught the trailing hand of Dallison, yet the officials were ultimately unmoved.

Clough’s side, in particular Jamie Reid and Mal Benning, had efforts stopped from distance as they entered the break with a one-goal advantage.

However, the deficit was overturned by the visitors with three goals prior to the hour mark at One Call Stadium.

Initially, Ashley Nadesan’s flick was hooked into the path of substitute Watters and the forward slotted underneath the Stags’ custodian to restore parity.

The equaliser was followed up by Dallison, whose hooked touch found its way into the net, before Watters notched his brace with a first-time effort from the edge of Mansfield’s area.

Although, Mansfield recovered from three consecutive blows to give themselves a fighting chance.

Benning clipped a cross into Reid who was unable to bring the ball under control but possession was recycled in the best possible manner by Lapslie, volleying past Morris from 18 yards.

Wednesday’s match-winner, Reid, then had the ball kindly drop into his path after Crawley failed to clear but his effort on the half-turn sailed above the bar.

The Stags regrouped for one final push to salvage a point as Clough introduced Nicky Maynard and Andy Cook, both seeking to impact proceedings.

And with 93 minutes on the clock, the latter did exactly that.

The striker lurked just inside Morris’ 18-yard box before another Mansfield volley paid dividends as it looped beyond the ‘keeper clipping the underside on its way through.

Mansfield return to Sky Bet League Two action on Saturday 12 December when they take on Grimsby Town at Blundell Park. 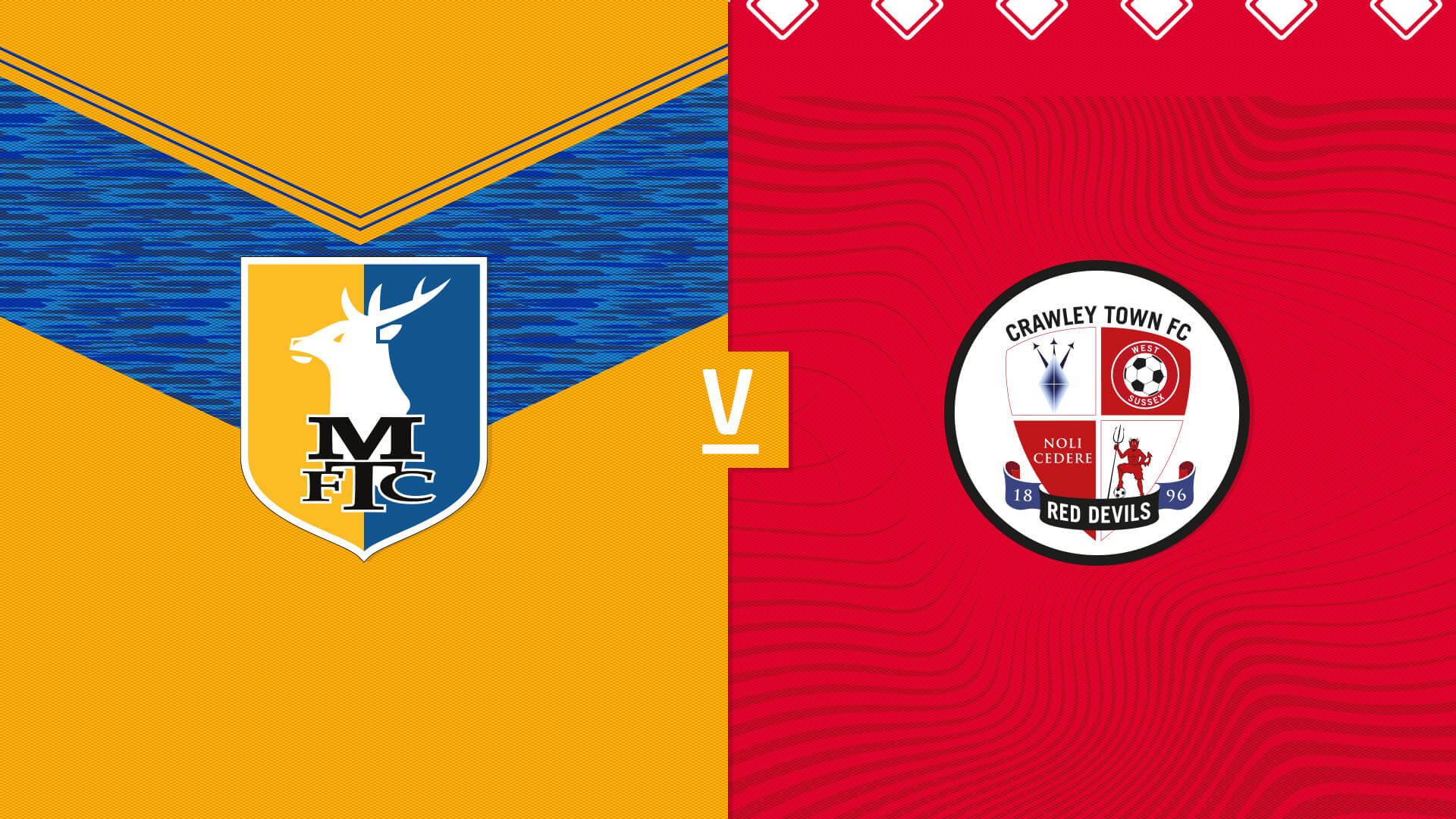 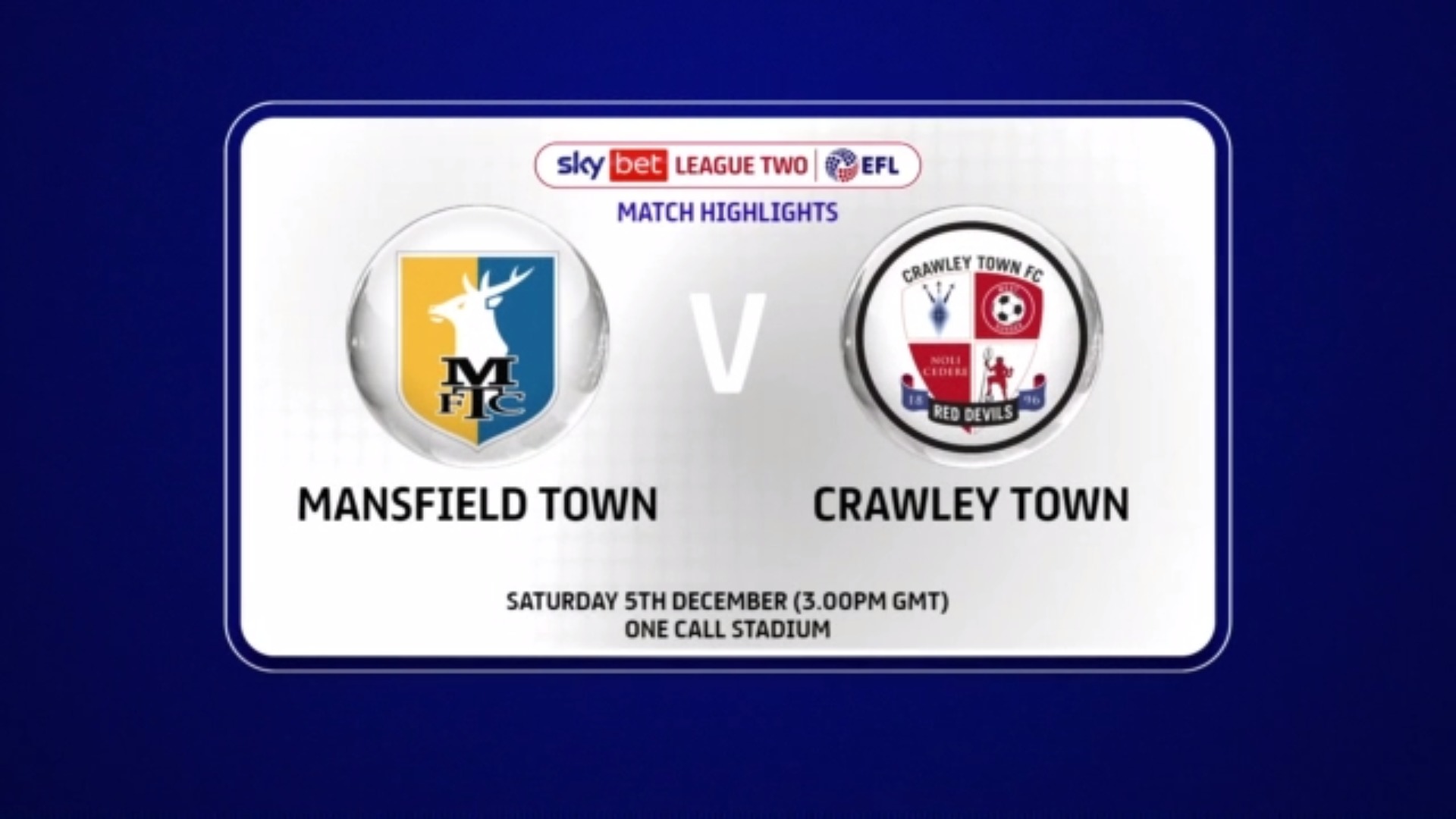 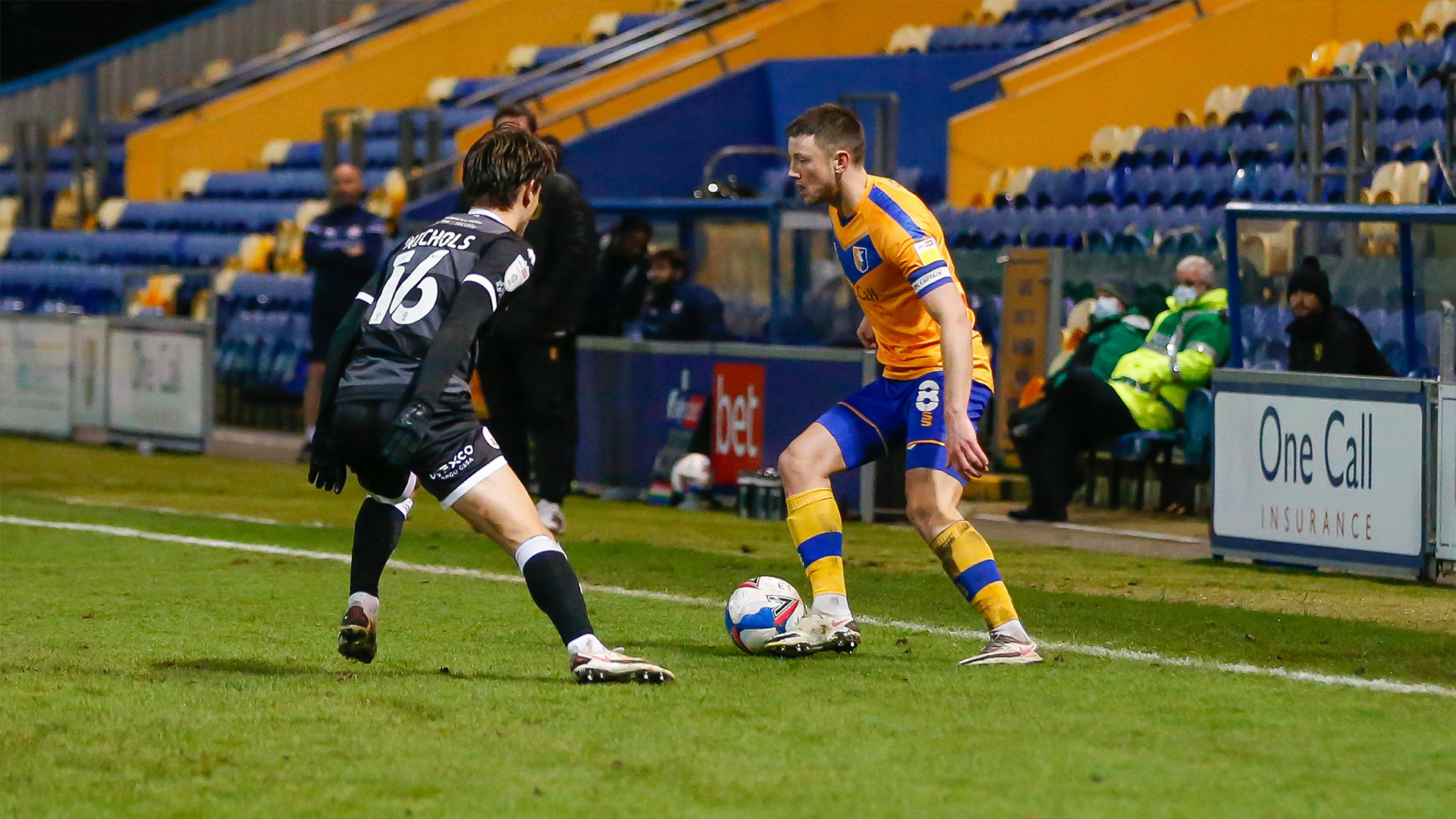