The Stags return to Sky Bet League Two action on Wednesday, when they travel south to face Cambridge United at the Abbey Stadium (7:45pm kick-off). Here's all you need to know ahead of the game...

Boss Nigel Clough confirmed that winger Stephen McLaughlin is unlikely to feature on Wednesday, following the ankle injury he suffered at the weekend.

Defender James Perch was absent from Sunday's Emirates FA Cup win over Dagenham & Redbridge, and will continue to be assessed ahead of our midweek clash with the U's.

Wing-back Joe Riley is a long-term absentee and will miss Wednesday's game.

Mansfield returned to winning ways at the weekend with a dramatic 2-1 win over Dagenham & Redbridge in the Emirates FA Cup.

Striker Nicky Maynard netted in the 122nd minute of the tie to set up a Third Round clash between the Stags and Cheltenham Town.

Sunday's victory means it is just one loss in Mansfield's previous eight outings.

Cambridge United have enjoyed a superb season so far in Sky Bet League Two, sitting third in the table and boasting the joint-best scoring record in the division.

We last faced Cambridge United on New Year's Day of this year, securing a 3-2 win away from home.

Although Cambridge twice led in the contest, a hat-trick from frontman Nicky Maynard saw the three points head back to Nottinghamshire.

The fourth official will be Damith Bandara.

We suggest that new users familiarise themselves with their iFollow Stags account ahead of Wednesday’s game, so that no issues arise on matchday when going to watch the game live.

On Wednesday evening under the floodlights, neither side were able to be split during a first-half that seemed to move from end to end.

In the second period, though, Reid took full advantage of a pocket of space inside the Cambridge area to fire beyond the hosts’ custodian and notch back-to-back away victories in Sky Bet League Two.

Nigel Clough signalled three changes for the trip down south starting with Rollin Menayese replacing Farrend Rawson at the heart of defence.

Reid was also drafted into the line-up while George Maris returned to face his former club – leaving Andy Cook on the substitutes’ bench and Stephen McLaughlin ruled out through injury.

Mansfield opened as the brighter side and the aforementioned striker, Reid, carved out the evening’s first chance. Backing into and turning his marker, the No. 19 controlled Kellan Gordon’s cross before lashing an effort above the crossbar.

The U’s were evidently growing in confidence – alongside the backing of 2,000 home fans – and looked to press mistakes out of their opposition.

Ollie Clarke squandered possession with several bodies around him, but a timely intervention from Maris denied the hosts an attempt at breaking the deadlock.

A strong challenge from Menayese then presented United with a dangerous free-kick, but Paul Mullin curled beyond the upright.

The hosts tried to assert their dominance following a quiet opening period. Robbie Cundy smashed a volley towards goal yet Marek Stech thwarted him with a brilliant, reflex tip from inside the area.

Both sides were exhibiting attacking intent at any opportunity but the breakthrough was not to be found as they entered half-time level.

However, the Stags should have fired themselves ahead following the restart.

Clarke made a lung-busting run from the halfway line to tee up Reid with a fine cutback, although the eventual effort whizzed beyond Dimitar Mitov’s far post.

Soon after, Mullin squared up against Ryan Sweeney but the centre-half blocked the talisman’s effort to see it behind for an ultimately harmless corner.

The Sky Bet League Two affair continued to ebb and flow when the Stags retaliated. Reid trapped the ball before immediately slipping in Harry Charsley, whose stabbed effort was smothered by Mitov.

And the potential assist-provider quickly turned into the Stags’ goalscorer.

George Lapslie’s cross was only partially cleared by the home side and with possession recycled, Charsley was able to nod down to the striker who slipped his effort underneath Mitov and over the line.

United expectedly began their search for an equaliser but were met by an unbelievable save. Mullin – aiming for his 14th of the league campaign – let fly from outside the area but an incredible, one-handed save by Stech kept the U’s at bay.

Mansfield remained strong and resolute at the back, but were never thoroughly tested into the closing stages as three points returned to Nottinghamshire.

The Stags will return to action on Saturday when they welcome Crawley Town to One Call Stadium. 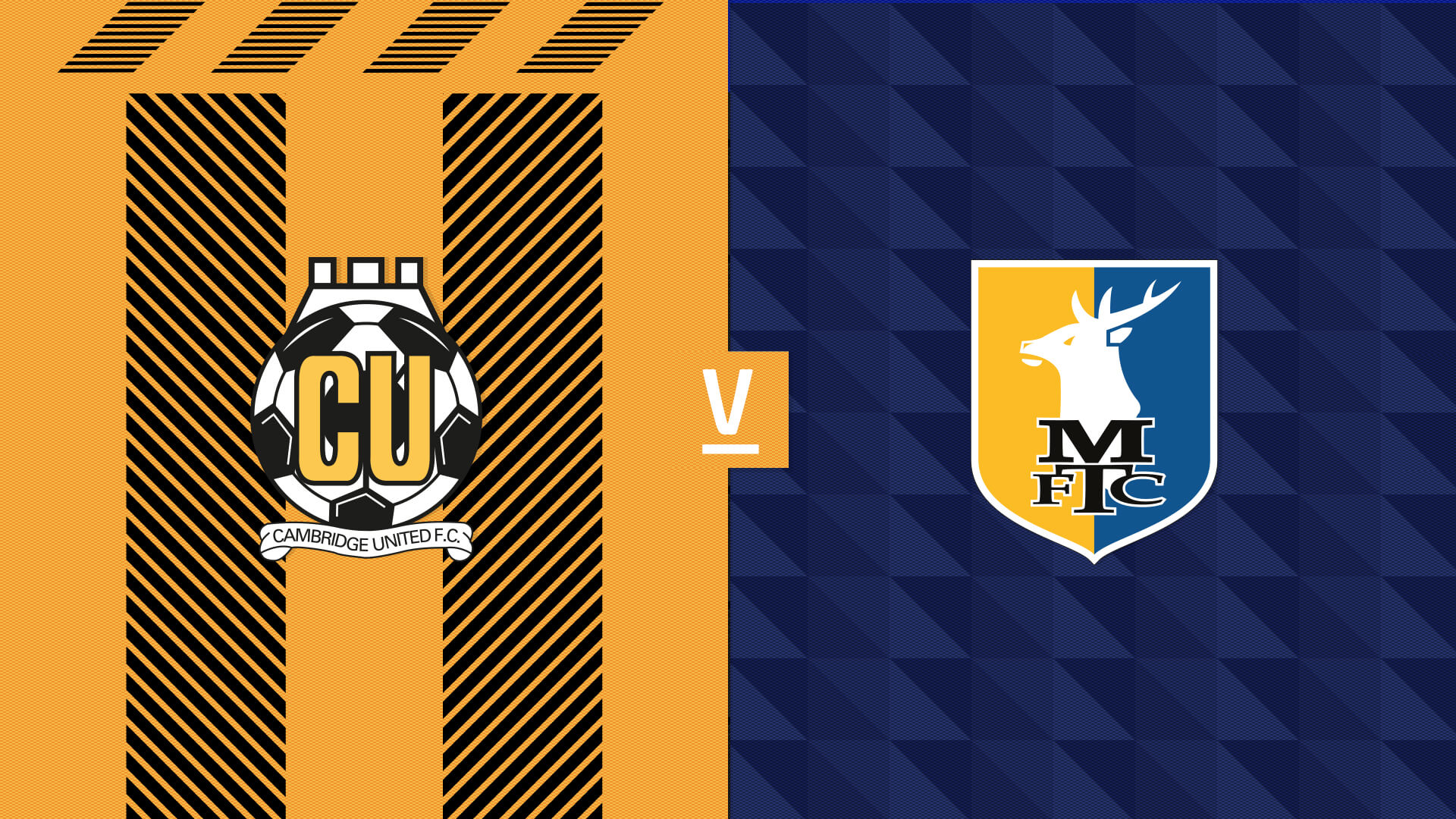 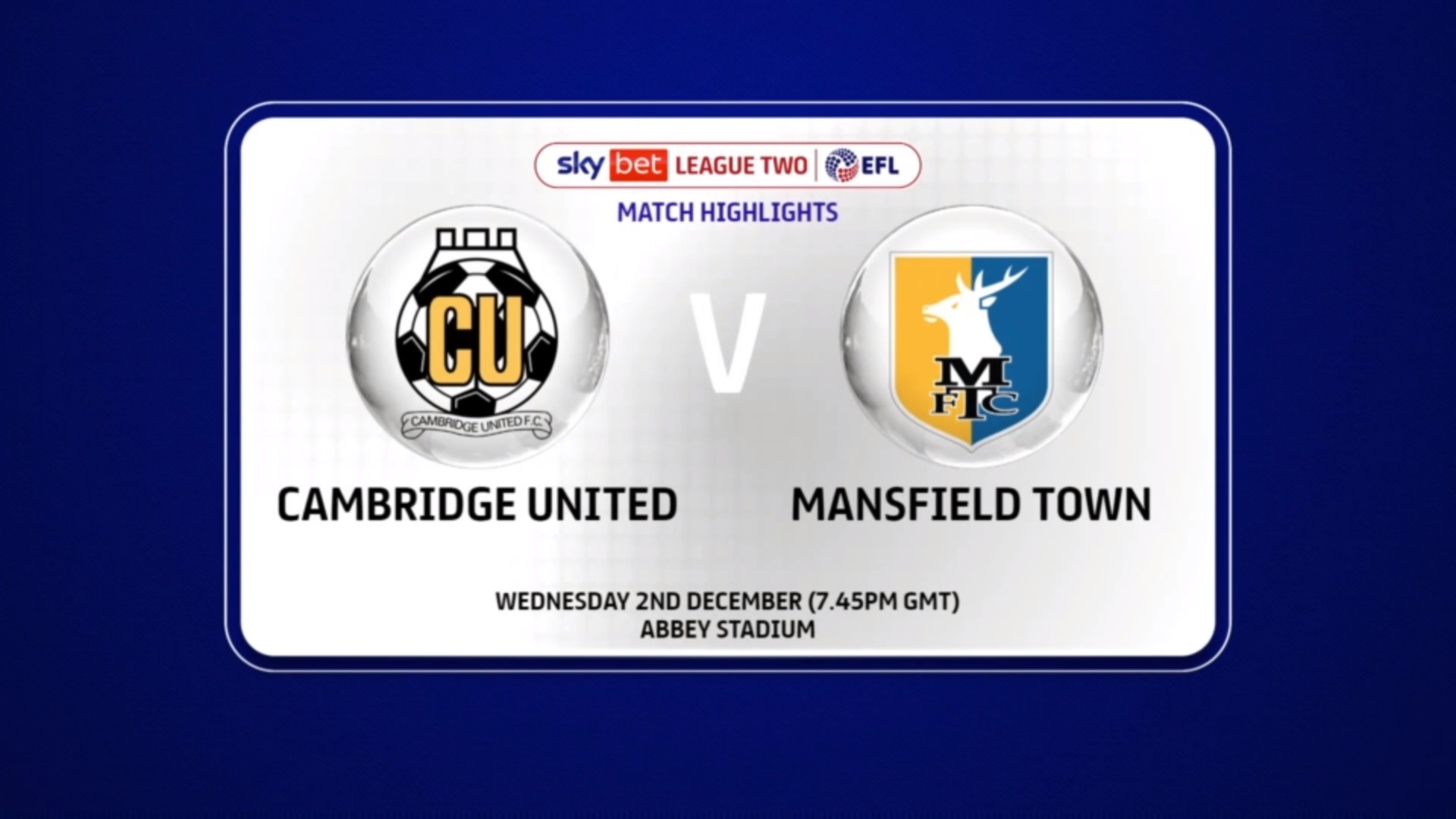 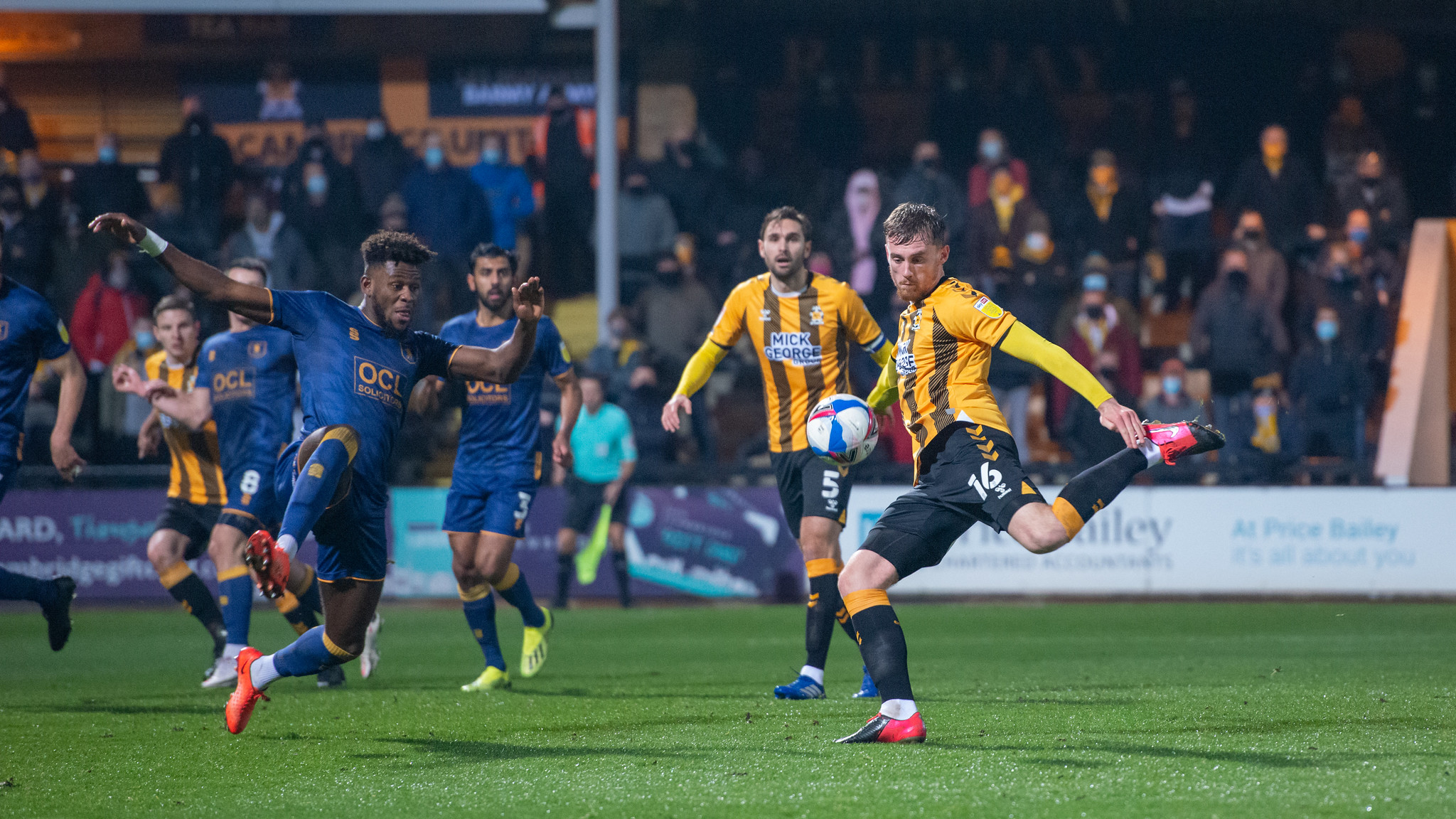