The Stags return to competitive action for the first time since March this Saturday, when they travel to face Preston North End in the first round of the Carabao Cup.

After a number of summer signings, the Stags' starting side will no doubt have a different look to the one that turned out against Northampton in Mansfield's last league game.

Midfielder Ollie Clarke will continue to be assessed in the days leading up to the fixture after a recent calf strain.

Defender Joe Riley will miss the game due to an ACL injury suffered in training.

The hosts may be without Darnell Fisher and Louis Moult for the game, after the pair missed a recent friendly with Salford City.

The Stags won their last competitive fixture, beating now-promoted Northampton Town in March. Over pre-season, Mansfield have recorded one victory, against Nottingham Forest under-23s at the RH Academy.

North End have won and drawn each of their pre-season clashes, beating Salford 3-1 and recording a 1-1 draw with Tranmere Rovers.

We last faced Preston in a League Cup fixture back in 2004. It was a day to forget for the amber and blue, as their Championship opponents ran out 4-0 winners.

The referee for Saturday's game will be Ross Joyce, assisted by Geoffrey Liddle and Paul Newhouse. The fourth official will be Simon Mather.

A reminder that season ticket holders are required to purchase a match pass for this weekend's game.

Mansfield Town exited the Carabao Cup after a 4-0 defeat to Sky Bet Championship side Preston North End at Deepdale on the opening day of the 2020/21 campaign.

Preston – who finished ninth in last season’s second tier standings – gave a strong account of themselves on Saturday afternoon.

Within the space of 14 first-half minutes, Tom Barkhuizen, Sean Maguire and Patrick Bauer all found the target before Josh Harrop rounded off his side’s endeavours with another past the hour mark.

Andy Cook came closest for the amber and blue, early into the game, yet watched his attempt smack against the upright.

Six of Graham Coughlan’s new signings were given spots in the starting line-up for their competitive Mansfield debuts.

Preston were the undoubted favourites heading into the first competitive fixture of the new campaign and looked to prove that particular hypothesis with only three minutes on the clock. 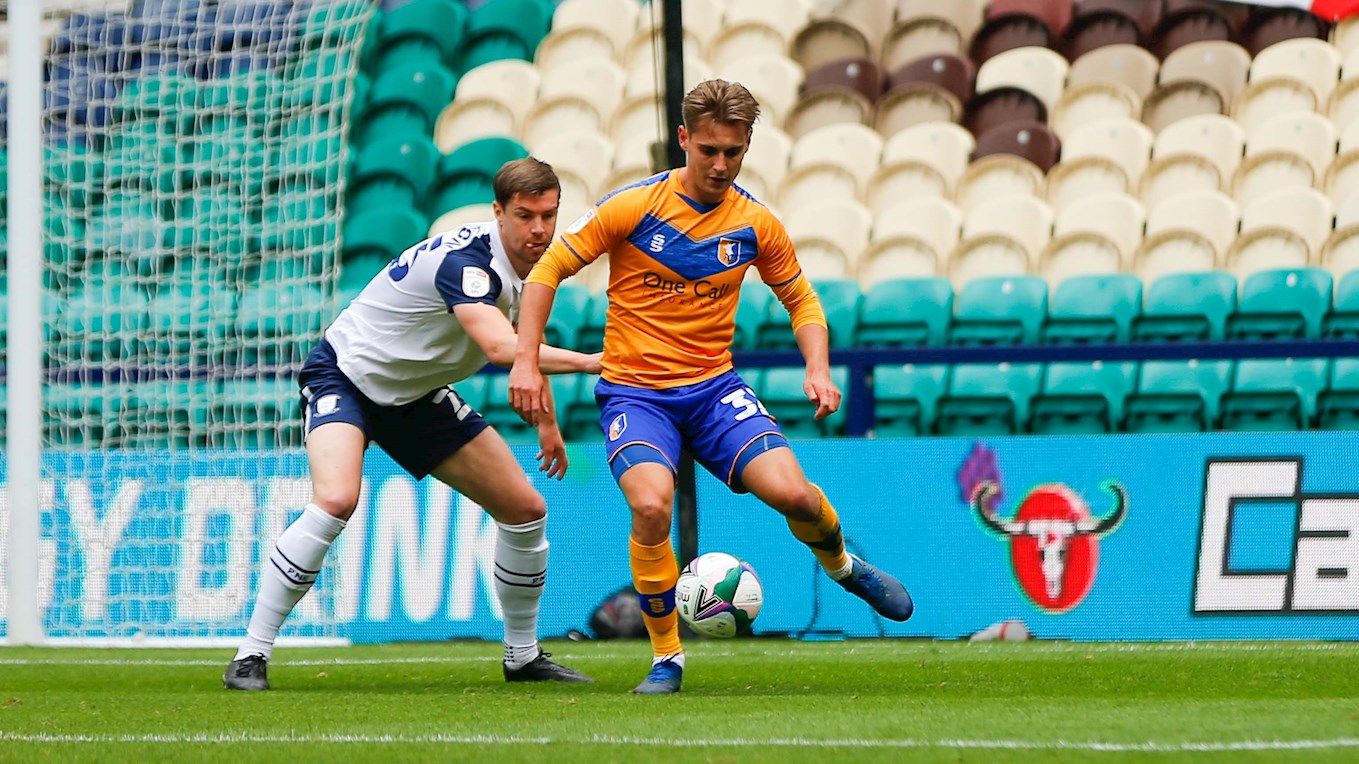 A well-worked attack down the right led to a cross meeting the forehead of Maguire but Marek Stech was equal to the effort, palming away to safety.

Similarly, Mansfield replied with their own free-flowing move and came inches away from taking the lead. O’Keeffe fed Danny Rose, whose cutback allowed Cook one touch before firing agonisingly against the inside of the woodwork.

And the Stags’ agony was compiled in the 14th minute as the hosts began to increase the intensity.

Barkhuizen received possession just inside the 18-yard-box and, without hesitation, rifled his side’s first goal into the far corner.

Ten minutes later, the Lilywhites added a second when Harrop slipped the ball into the run of Maguire – who exhibited composure in abundance to find the back of the net.

Alex Neil’s side continued to assert their ruthlessness at Deepdale, adding a third thereafter. 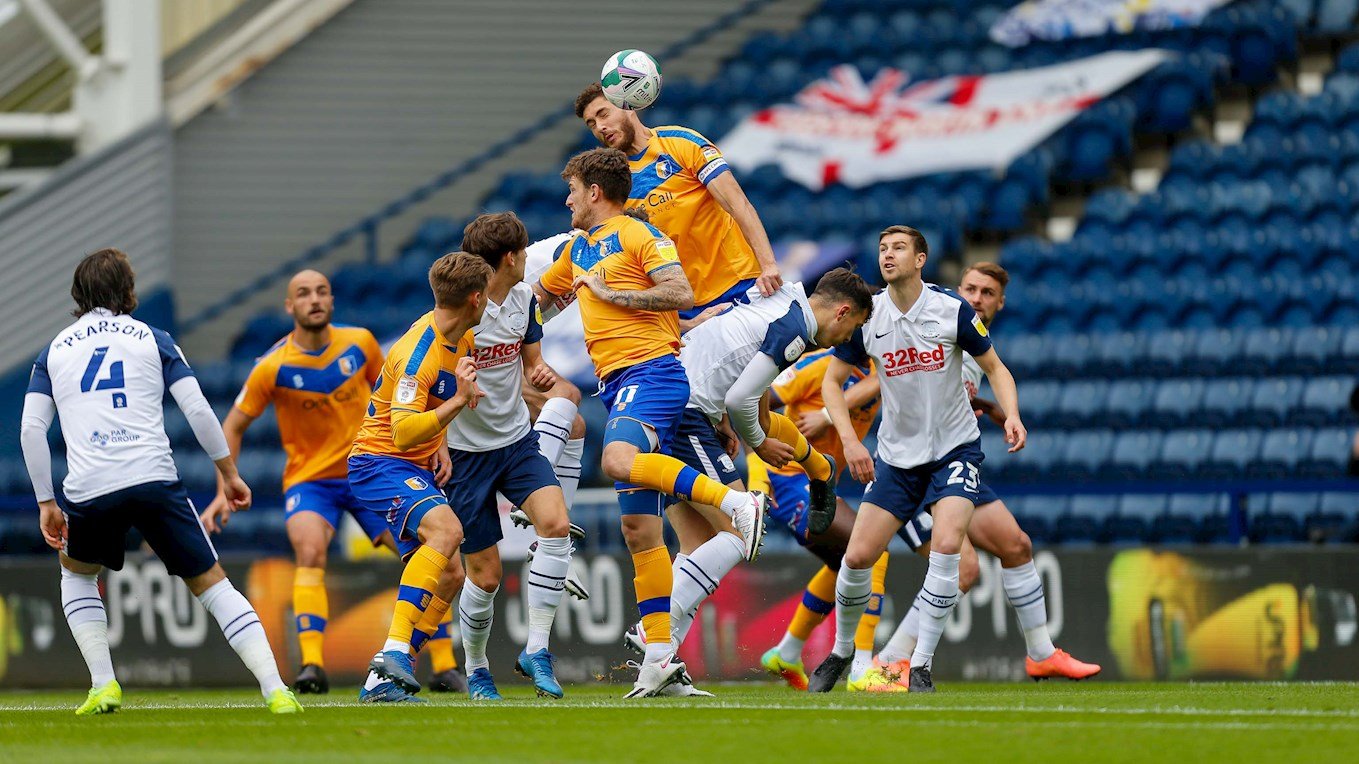 Harrop’s near-side corner somehow found its way through a crowd of bodies towards the far post, where Bauer was lurking to cushion down from point-blank range.

Very few half-chances proceeded the remaining 15 minutes as the Stags trailed by a three-goal deficit at the interval.

Into the second period and Coughlan’s men made immediate inroads. Cook was again the furthest forward as he struck a vicious strike wide of the target, albeit on the turn.

Soon after, O’Keeffe’s whipped delivery from a dead-ball situation bobbled amongst a handful of amber jerseys but nobody was able to make room for a shot.

The home side had their first chance of the second period on 50 minutes; however, a smart stop by the feet of Stech denied the home side a fourth after Harrop’s tricky run.

Preston’s No. 10 – formerly of Manchester United’s academy – then managed to pen himself onto the scoresheet just after the hour mark. Barkhuizen was allowed too much time to pick out the midfielder, who left Stech rooted to the spot from close range. 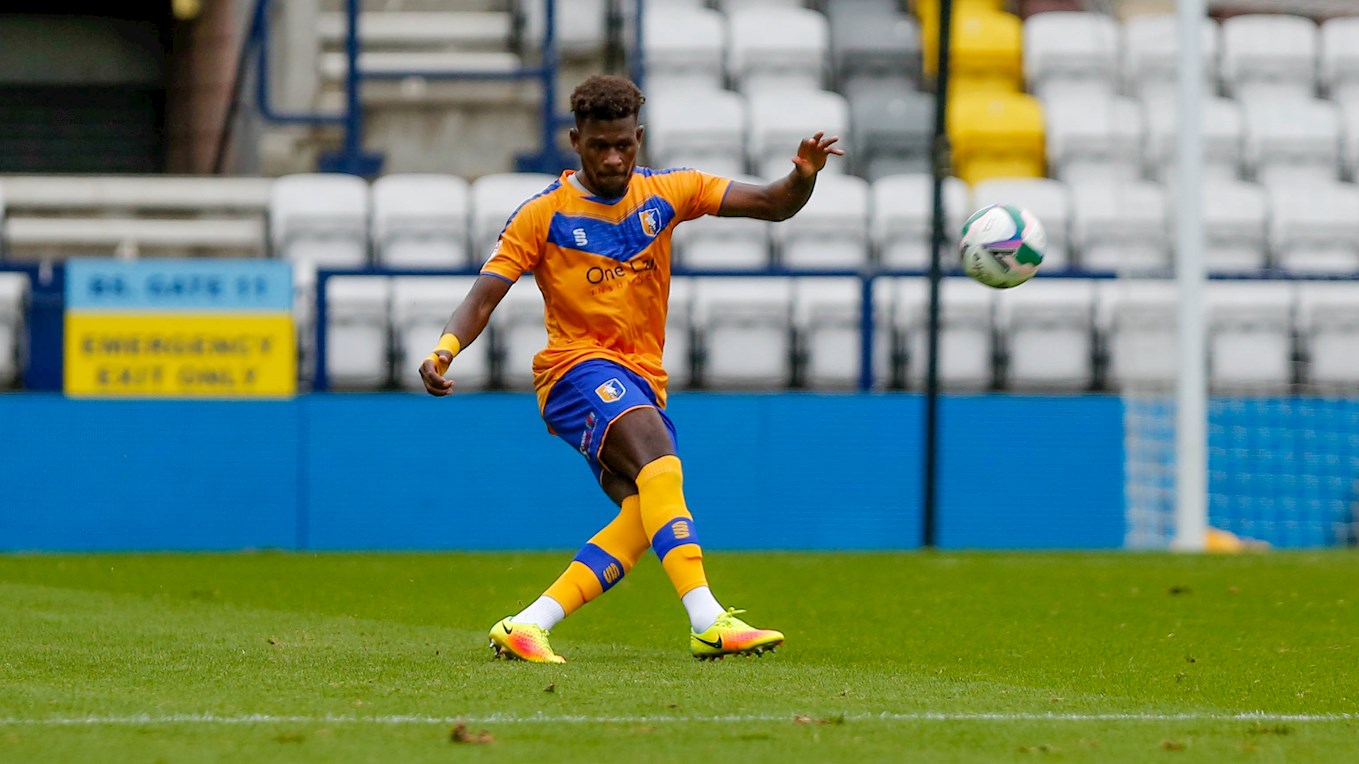 The Stags were still full of running as the clock drew closer to full-time, but were only able to muster one notable chance when teenager Sinclair had a volley hooked clear.

Mansfield will return to action on September 08 as they begin their latest EFL Trophy journey against Manchester City U21s at One Call Stadium. 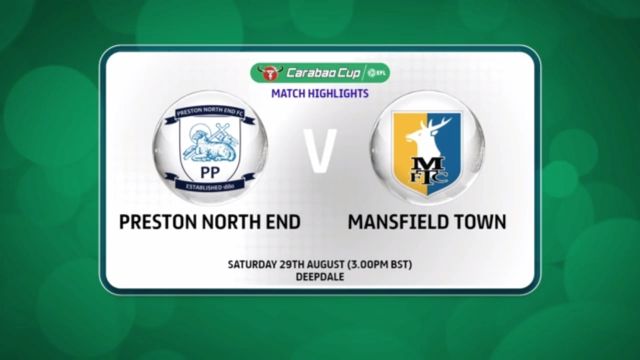 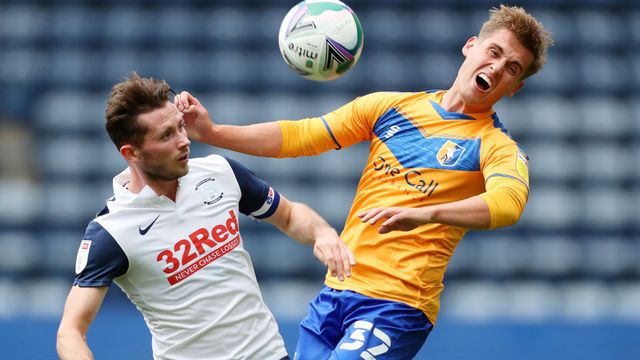